Accessibility links
From Gladiator Duels To Caesar's Last Words: The Myths Of Ancient Rome Historian Mary Beard says many of our popular notions about the empire are based on culture — like the play Julius Caesar or the film Gladiator — rather than fact. Her new book is called SPQR. 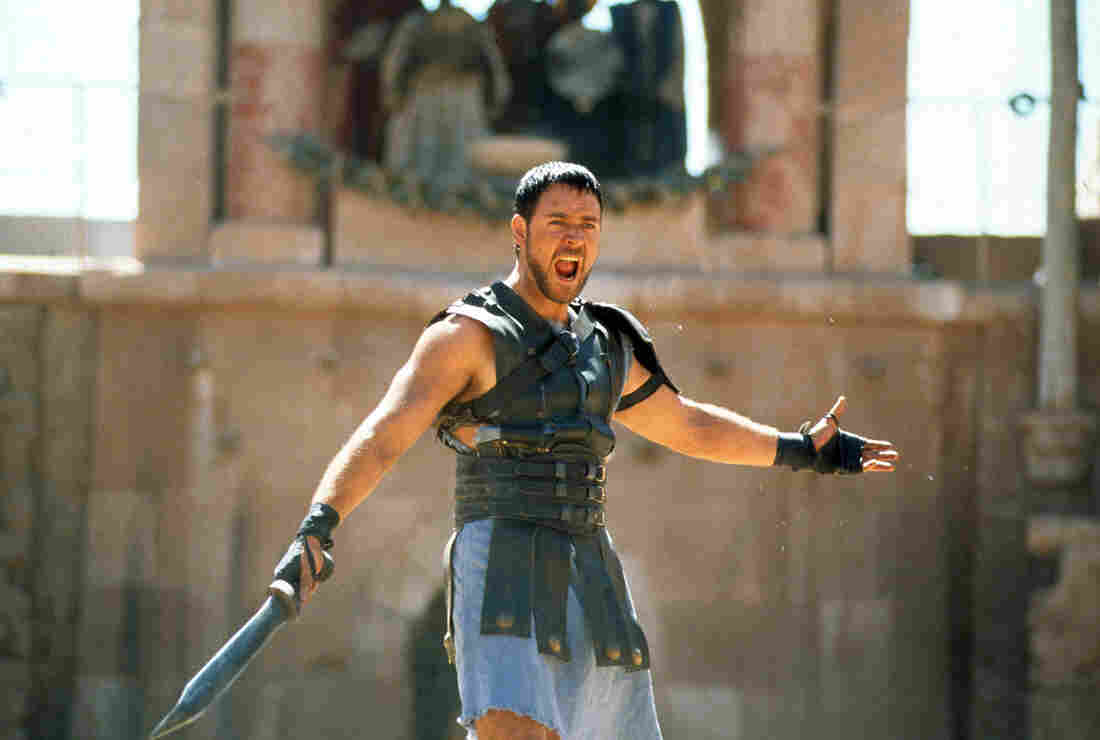 Historian Mary Beard says real gladiator competitions were probably not as brutal as the film Gladiator (starring Russell Crowe) would have us believe. Still, she says, "I loved Gladiator and I thought its depiction of gladiatorial combat, although it was an aggrandizing picture, was cleverly and expertly done." Universal/Getty Images hide caption 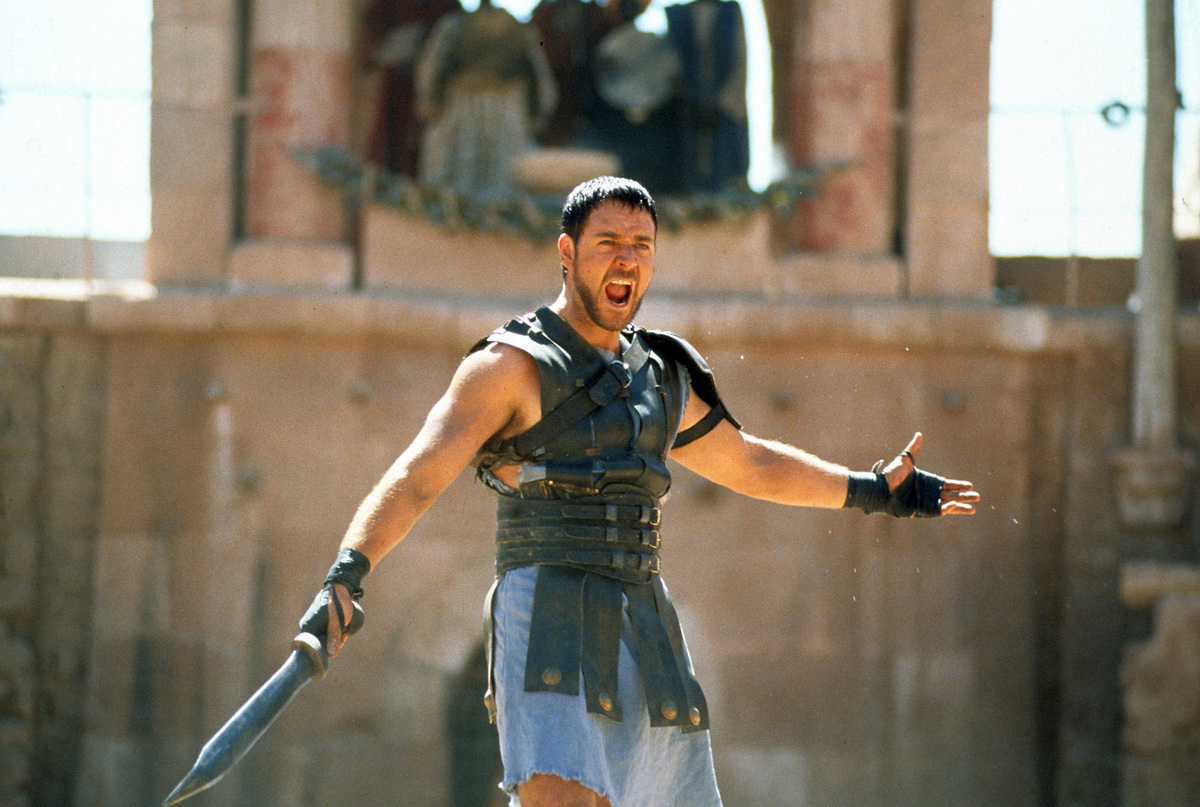 Historian Mary Beard says real gladiator competitions were probably not as brutal as the film Gladiator (starring Russell Crowe) would have us believe. Still, she says, "I loved Gladiator and I thought its depiction of gladiatorial combat, although it was an aggrandizing picture, was cleverly and expertly done."

Historian Mary Beard has spent her career working through the texts and source materials of ancient Rome. She has written several books on the subject — including her most recent work, SPQR: A History of Ancient Rome — but she doesn't feel like she's close to being done with the topic.

"One of the great things about history is that it sort of isn't a done deal — ever," Beard tells Fresh Air's Dave Davies. "The historical texts and the historical evidence that you use is always somehow giving you different answers because you're asking it different questions."

Beard notes that history is a shifting discipline, and that many of our popular notions of ancient Rome are based on culture rather than fact. Take, for instance, "Et tu, Brute?", William Shakespeare's version of Julius Caesar's final words. Beard says it's "one of the most famous quotes in the whole of Roman history — except it certainly isn't what Caesar ever said." 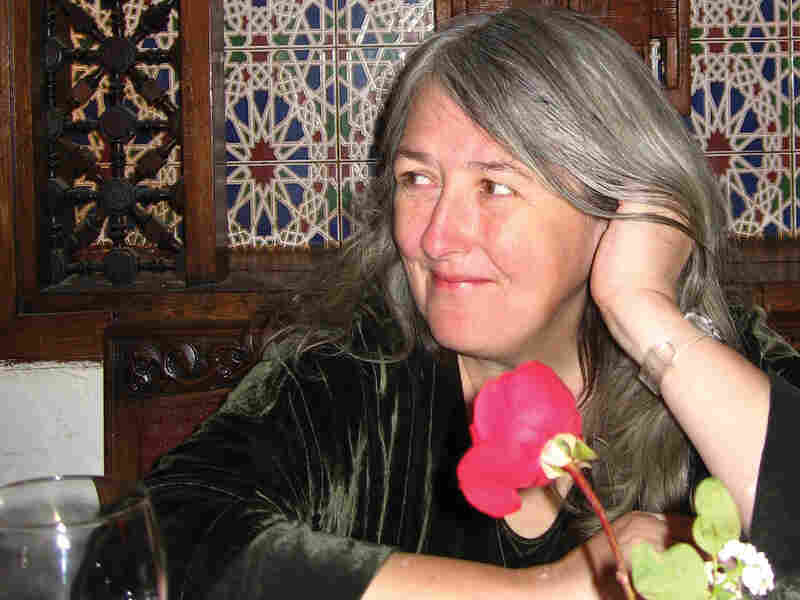 Mary Beard is a professor of classics at Cambridge University and the classics editor of the Times Literary Supplement. Robin Corma/Liveright hide caption 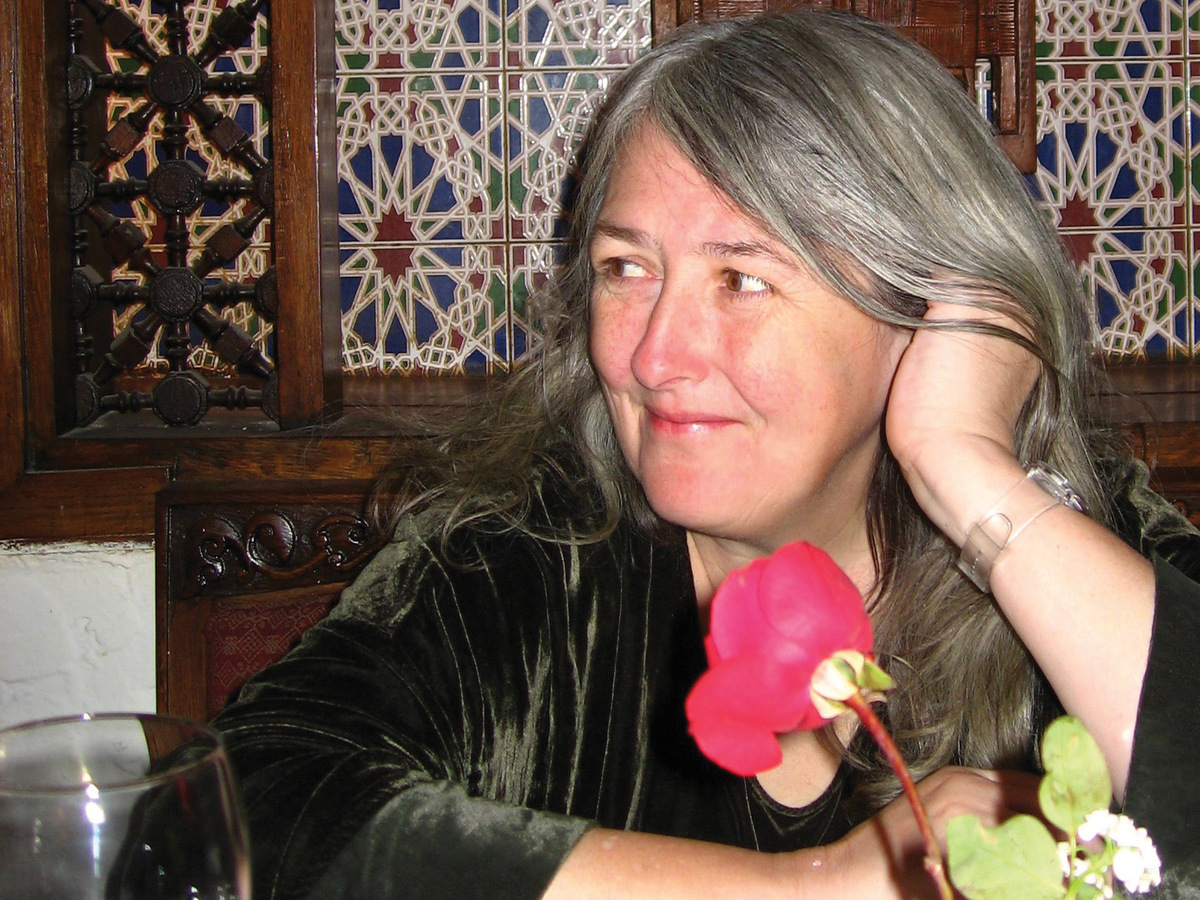 Mary Beard is a professor of classics at Cambridge University and the classics editor of the Times Literary Supplement.

Despite her tendency to "myth-bust" ancient Rome, Beard still enjoys popular cultural representations of the empire. "There's no reason not to enjoy those stereotypes and have all the fun with them," she says. "Just as long as we realize that that's what they are."

On her favorite films and TV shows set in ancient Rome

I'm a great fan of Roman movies. All the classics are — they might not be accurate, but they speak to me about Rome. I loved Gladiator and I thought its depiction of gladiatorial combat, although it was an aggrandizing picture, was cleverly and expertly done. And I love Life of Brian. 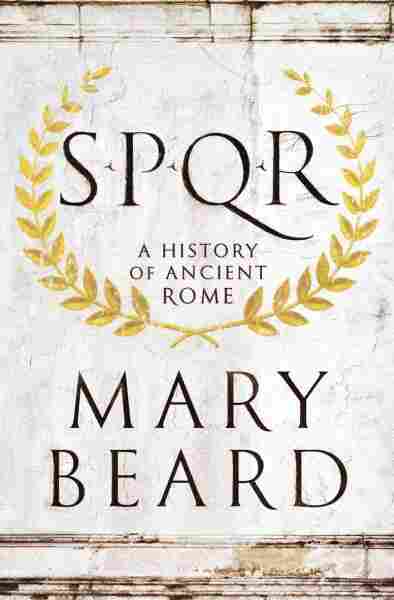 A History of Ancient Rome

But I think if I was going to have anything I'd have that old I, Claudius television series, which was shown both in the U.K. and in the U.S. in the 1970s. And it's completely untrue, but it is such a marvelously slightly camp version of Roman empirical power.

On how Rome became a regional power

That is the big question about Rome, and I think it's an even bigger question than the one that we're more used to answering, which is: Why does it fall? I mean, why does it rise is such a puzzle. In the end, I think we can't give any simple answer to that, but I do have a very strong hunch about what's going on here and that ... Rome's success relates to its views about its own citizenship, about incorporating its enemies into the Roman network, the Roman project, the Roman power structure. I think you have to realize that most ancient warfare is really kind of hit and run, honestly. You go and you bash down the walls of some enemy 50 miles away and you take some slaves, you take some cattle, probably a bit of cash too, and then you say goodbye and go home and you probably do the same thing next year — or try to, or they do it to you.

Rome fundamentally changes the rules of that game. And when it bashes up one of its neighbors — and to begin with it really isn't much more than "cattle-raiding" in our terms — what they do is they establish a permanent relationship with the people that they have beaten, either making them allies or often making them Roman citizens. ... It may well be that the people they made Roman citizens didn't want to become Roman citizens, but that's the Roman model. And the consequence of that — because the main obligation of either alliance or citizenship was to provide troops for the Roman army — the consequence of that is very quickly Rome gets more boots on the ground than anybody else, and it's boots on the ground that win ancient campaigns. People don't win because they have clever military hardware, and they don't often win because they've got clever military tactics; they win because there's more of them.

On the architecture of ancient Rome

Archaeologists Unearth What May Be Oldest Roman Temple

I think when we shut our eyes and think "What did ancient Rome look like?" we have a very Hollywood image in our minds of shining white marble and planned architecture developments — amphitheaters and theaters and temples. Rome eventually does become like that. If you went to Rome in the second century of the Common Era, you'd find bits of Rome that really did look grand in that way, but that kind of grandeur doesn't start until the very end of the first century B.C.E.

When Rome is actually conquering most of the world that it conquers from the third to the first century B.C.E., they're doing it from a city which is low-rise, built of brick, rather ramshackle — a warren of windy, twisty streets. Nothing like the Rome of our imagination. They've got a million people in it by the first century B.C.E., but it isn't the city of imperial grandeur that we have in our minds. That doesn't come until later, and particularly it doesn't come until they find some useful local marble supplies, which they exploit. ... As the first emperor, Augustus, says: He found Rome a city of brick and he left it a city of marble.

On the assassination of Julius Caesar

Assassination was up close and personal, unless you did it by poison, and poison was sometimes used. But [Caesar's] assassination, like most Roman assassinations, was stabbing. And the more you read about it — despite the heroic image we get in Shakespeare's Julius Caesar, for example — the more seedy and tawdry and messy it seems to have been. Some of the assassins stab each other by mistake, and they escape with their lives, but with a lot of blood all over them. Caesar looks up at his friends who are killing him, and in Shakespeare's famous version, which we all remember, he says, "Et tu, Brute?," which ... was a marvelous invention by Shakespeare. What Caesar is supposed to have said — speaking in Greek, as he looked at Brutus — he said, "And you, my child?," suggesting probably that he was just shocked that his younger friends and his younger associates and colleagues could be doing this to him. And then he died.

On the status of women in ancient Rome

You can tell the good side of that or the bad side of that. The good side of that is that compared with most other cultures in the ancient Mediterranean, it was an awful lot better. It's very clear that women had some property rights, they were sometimes entrepreneurs, they were renting out property, they were owning bars sometimes — and that's something that would never have happened, say, in fifth century Athenian democracy. However, the downside is that they had absolutely no formal political rights whatsoever. No women in ancient Rome ever had the vote. They had no formal political power at all, and even those imperial ladies like the famous Livia, who was the wife of the first emperor, Augustus ... although they're often written up as if they're pulling the strings behind the scenes, they probably weren't really. They were a convenient target to blame for what was going on, but actually they were out of the power structure.

I am going to be a bit of a downer on gladiatorial contests, I'm afraid. ... In a Hollywood imagination we have a very, very lurid view of gladiators and wild beast hunts. We imagine ourselves in the Colosseum, and hundreds of pairs of gladiators are fighting to the death in some appalling bloodbath that the awful Romans are sitting there cheering and enjoying. Now, I think occasionally that did happen. I have no doubt that once in a while an emperor would put on an extraordinary display of both gladiatorial contest and wild beast hunts. ... But I think we've got to be realistic, first of all, about how low-key most gladiatorial contests in most of the Roman world were. Gladiators are an expensive commodity, and they don't get killed very often. And nobody, apart from the emperor, can afford to bring lions to fight Christians. So I think an awful lot of the gladiatorial shows that you would have seen in the Roman world would have been more likely to be fighting wild boar from the local hills, and the gladiators would not have been fighting, usually, to the death.