Accessibility links
'A Charlie Brown Christmas' At 50 The Christmas special celebrates 50 years with a retrospective on ABC, and it seems more than ever like something we wouldn't get today.

'A Charlie Brown Christmas' At 50

'A Charlie Brown Christmas' At 50 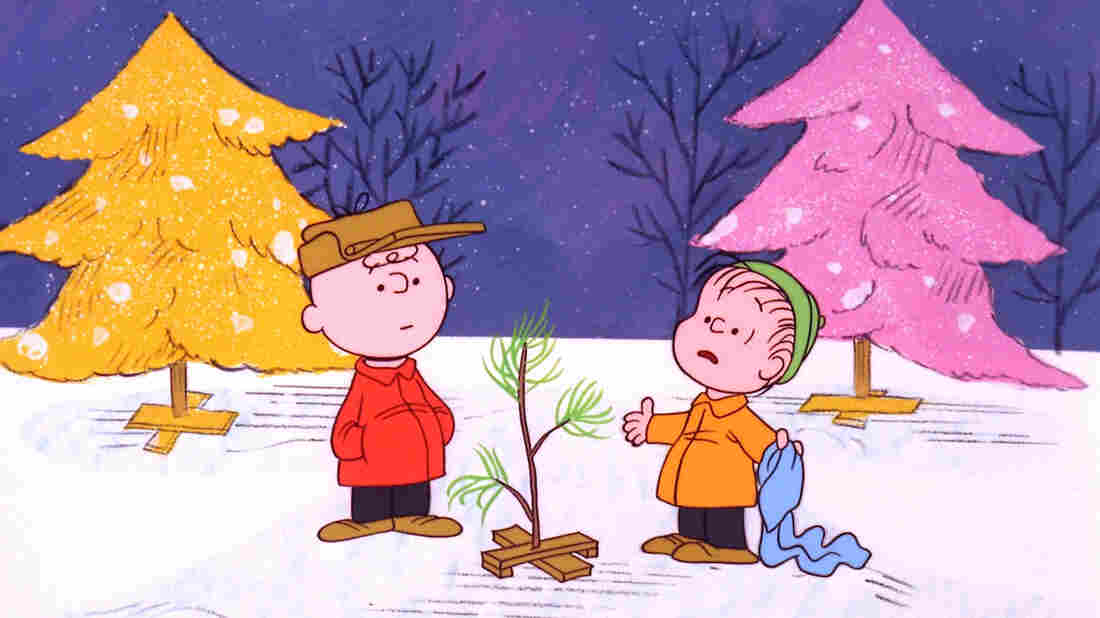 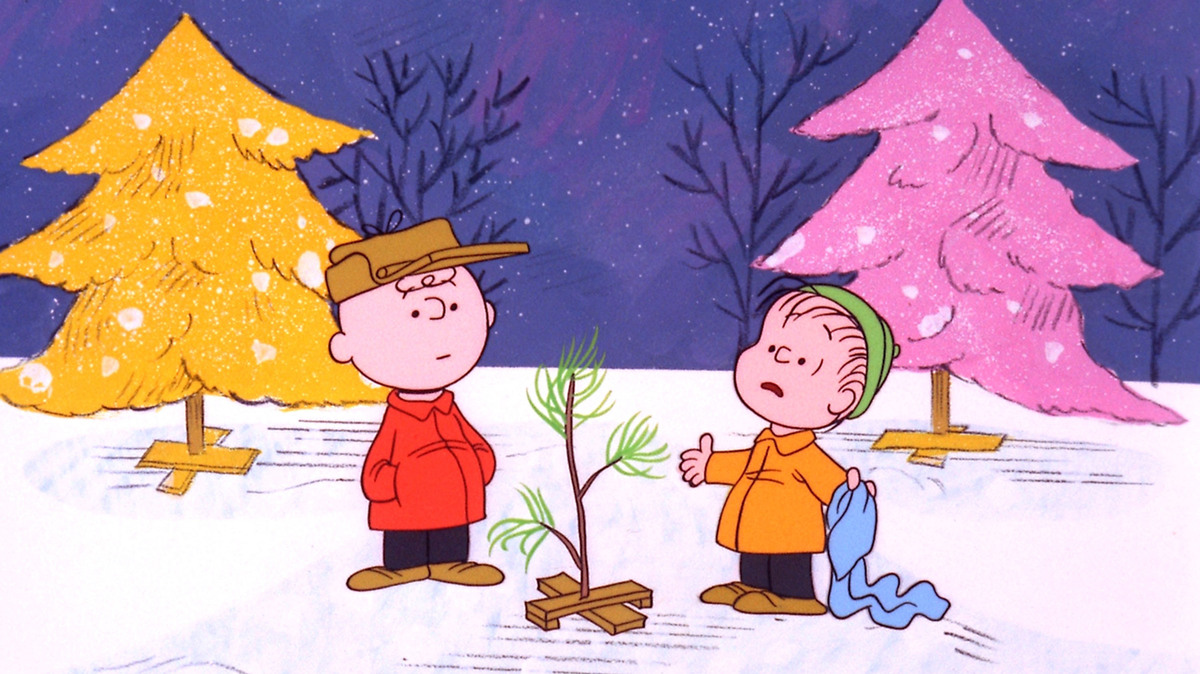 The 1965 special A Charlie Brown Christmas is celebrating 50 years of somber music and sad little trees. 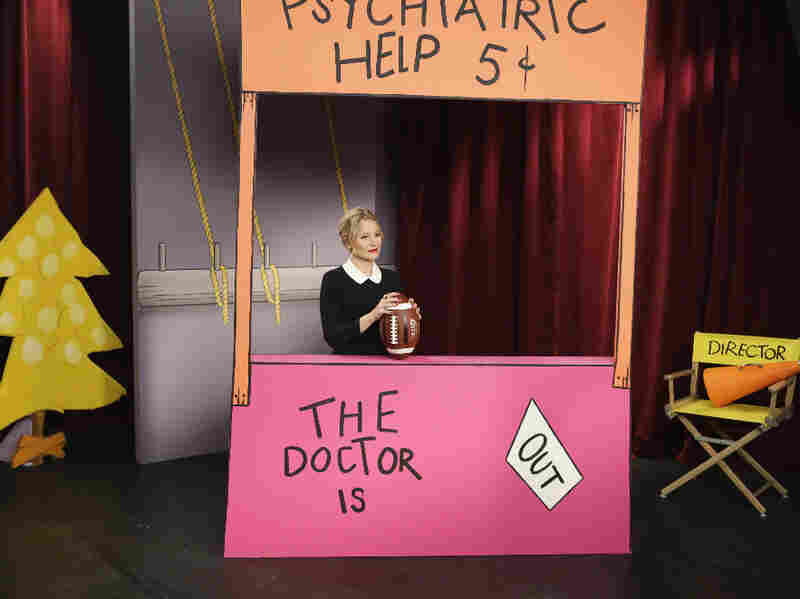 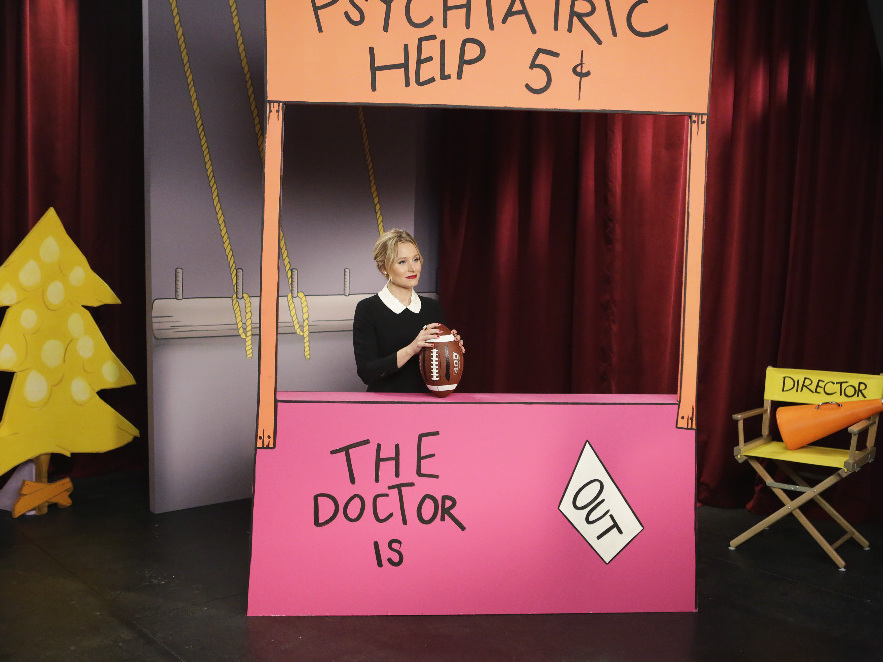 Tonight (Monday), ABC will air a special at 8 p.m. ET called It's Your 50th Christmas, Charlie Brown, to mark the half-century since A Charlie Brown Christmas first aired in 1965. Then at 9, it will air the special itself.

There's so much about A Charlie Brown Christmas that you'd never see on network television holiday specials now, I suspect. A special that, if not for children, is certainly intended to be accessible by children would never use that "guzzling Irish coffee in a bar on a snow-blanketed night in New York when you just got stood up but you feel weirdly OK about it" Vince Guaraldi music. Mass-marketed entertainment doesn't tend to trust kids' capacity to appreciate either stripped-down scores or the natural blues of winter that much. The kids' chorus singing would be replaced by a Demi Lovato version of "The Little Drummer Boy" or something like that. Pardon the cynicism, but ... wouldn't it?

Watching the special now, its bleakness is palpable and bracing. It opens with Charlie Brown defining his problem in part as, in these words, "I'm not happy. I don't feel the way I'm supposed to feel." Straight-up dread, straight-up emotional emptiness. When Linus — who is, in many ways, the nice one — tells him, "Of all the Charlie Browns in the world, you're the Charlie Browniest," it feels like the kind of improvisational brutality in which kids really do specialize.

And that's not his only problem. Charlie Brown says things like, "I know nobody likes me. Why do we have to have a holiday season to emphasize it?" I know nobody likes me. That's unvarnished, and while the special will end with everyone telling him "Merry Christmas," you will not really see much evidence in the next 20-plus minutes that they do, in fact, like him. He's sad, for real, and he lives in that feeling, and he uses the word "depressed" to describe it. As with most things in Charlie Brown's life, it is a load that will be temporarily lifted, but never resolved.

He's so desperate for help, in fact, that he continues to pay Lucy five cents to think poorly of him in more sophisticated language. Her solution to his need for "involvement" is to make him the director of the Christmas play, a doomed scenario from the start, no?

But of course, it's also unlikely that a special would end with a character reading Scripture with the earnestness of Linus. (It might be unlikely for a character to exist with the earnestness of Linus in the first place.) But as common as it is for viewers to remark on the religious content of the special, that content doesn't exist in a vacuum. It doesn't exist to say, "It's a religious holiday, and therefore you should spurn its secular aspects." Quite the contrary: Linus' reading inspires Charlie Brown to redouble his efforts to decorate his sad little tree. And it inspires his friends to follow him and, when he becomes overwhelmed with sadness about said sad little tree, to help him.

So as much as A Charlie Brown Christmas is about the significance of the religious tradition as what Christmas is "really about," it sees that tradition at least in part as a gateway to, and an inspiration for, other actions. It doesn't only suggest Christmas is really about the Bible story; it suggests Christmas is also really about friends, dogs, cooperating, the beauty of humble things, singing out loud, and hope. It's just not about writing your Christmas list and asking for, as Sally does, "10s and 20s."

The only thing you really can't recapture from 1965 is scarcity. It was once the case that Christmas specials could be seen only at Christmas. Now, you and your family can watch Charlie Brown anytime you want, anywhere you want. It's convenience at the expense of a certain kind of preciousness, to be sure. But if you still want to be the kind of person who watches things when they happen to be on, Monday night is the night for that sad little tree.

A previous version of this story incorrectly said the retrospective would air at 7 p.m. and the original show at 8 p.m. They're actually airing at 8 p.m. and 9 p.m. ET, respectively.