Accessibility links
After Planned Parenthood Shooting, Obama Again Calls For Action On Guns While many GOP presidential hopefuls have denounced the attacks on Planned Parenthood, some push back on liberal critics who say heated anti-abortion rhetoric played a role in the rampage. 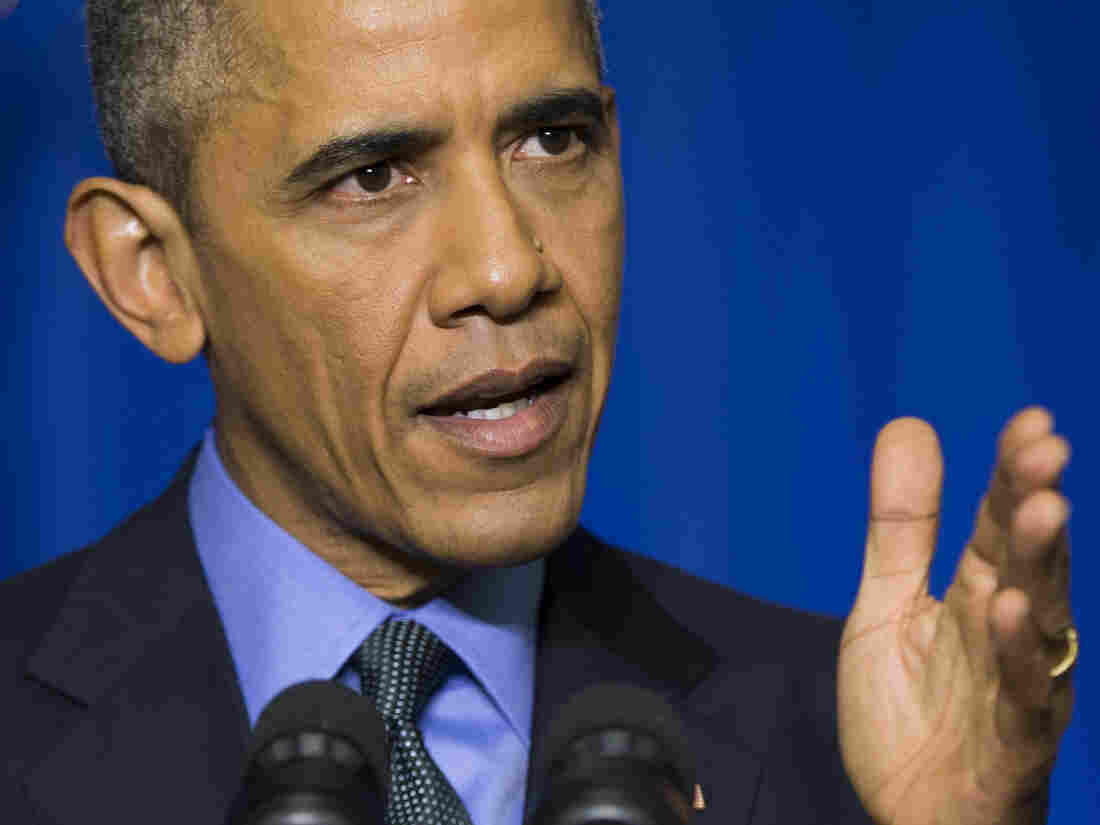 President Barack Obama speaks during a news conference at the Organization for Economic Cooperation and Development Centre, in Paris, discussed climate change, the threat of terrorism and the shootings at a Colorado Planned Parenthood clinic last week. Evan Vucci/AP hide caption 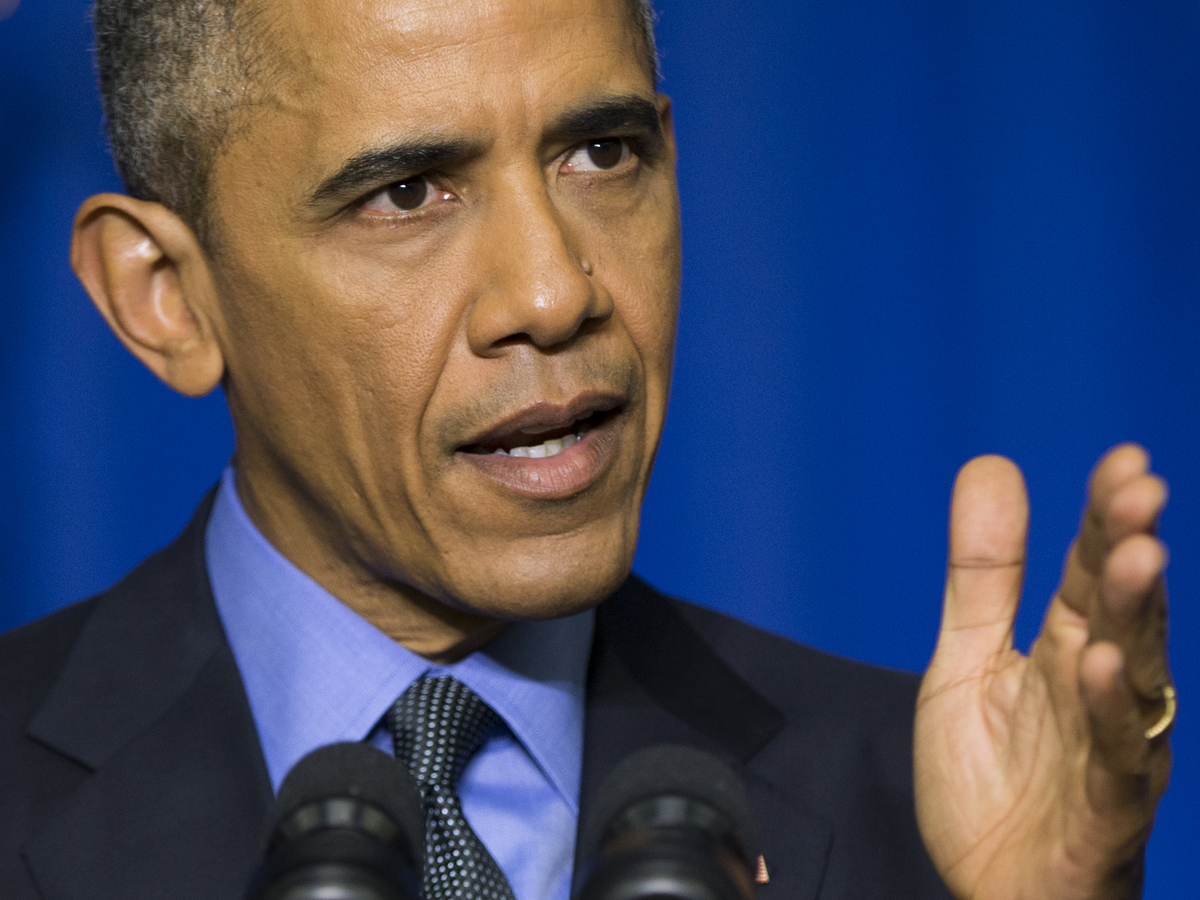 President Barack Obama speaks during a news conference at the Organization for Economic Cooperation and Development Centre, in Paris, discussed climate change, the threat of terrorism and the shootings at a Colorado Planned Parenthood clinic last week.

Though he said an "honest debate" about abortion in the United States is valid, President Obama, following the shooting at a Planned Parenthood clinic in Colorado, again called for action on guns.

In his first news conference since Friday's deadly shootings at that Planned Parenthood clinic Friday, Obama said Tuesday that Congress, states and local governments will have to act in order to prevent "people who are deranged or have violent tendencies" from getting weapons that can inflect mass casualties.

"I will continue to present those things that I can do administratively," Obama said, "but at the end of the day, Congress, states, local governments are going to have to act in order to make sure that we're preventing people who are deranged or have violent tendencies from getting weapons that can magnify the damage that they do."

Obama went on to say he hopes the latest incident will ignite conversations at all levels of government to reduce gun violence that he said "just doesn't happen in other countries."

In his remarks, the president was more cautious than his declarative statement over the weekend in which he said, "We have to do something about the easy accessibility of weapons of war on our streets."

Obama, speaking in Paris where he met with other world leaders to address global climate change, defended Planned Parenthood, pointing out that the organization has provided a variety of health services to women for generations. He added that it was not helpful when critics vilify the women's health organization.

"I think it's fair to have a legitimate, honest, debate about abortion. I don't think that's something that is beyond the pale of our political discussion, I think it's a serious legitimate issue. How we talk about it, making sure that we're talking about it factually, accurately and not demonizing organizations like Planned Parenthood, I think is important." 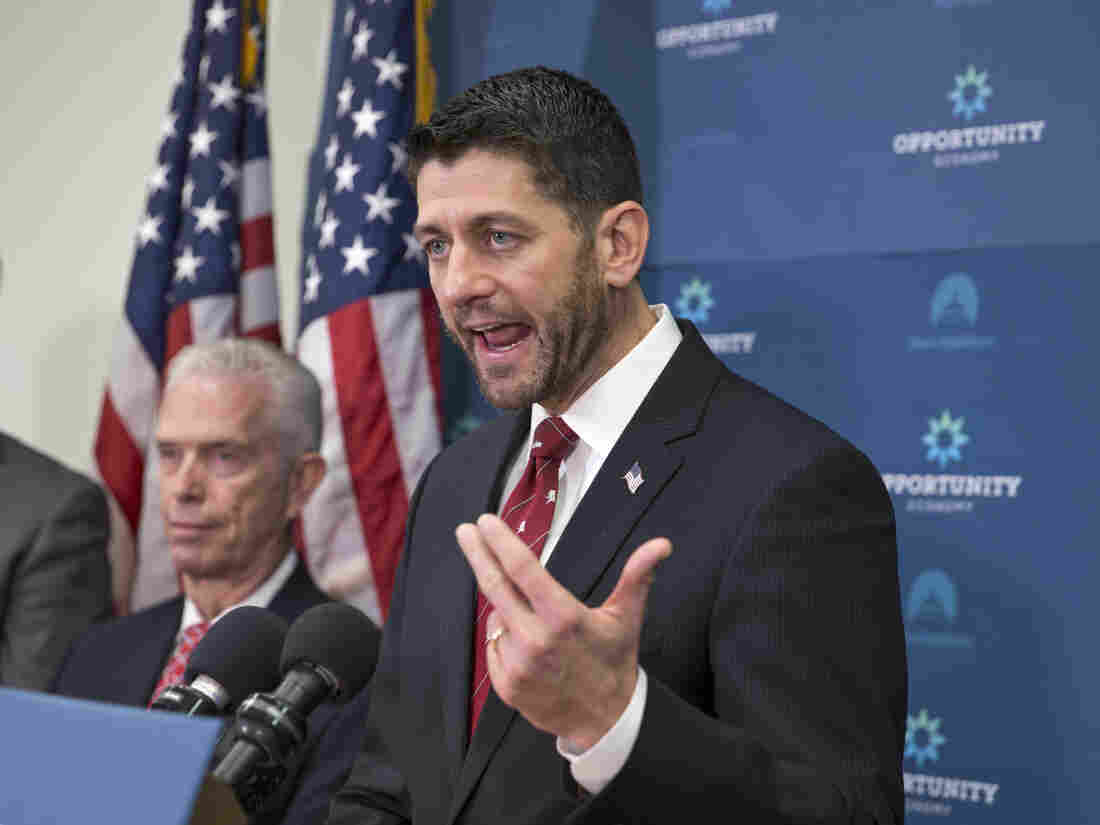 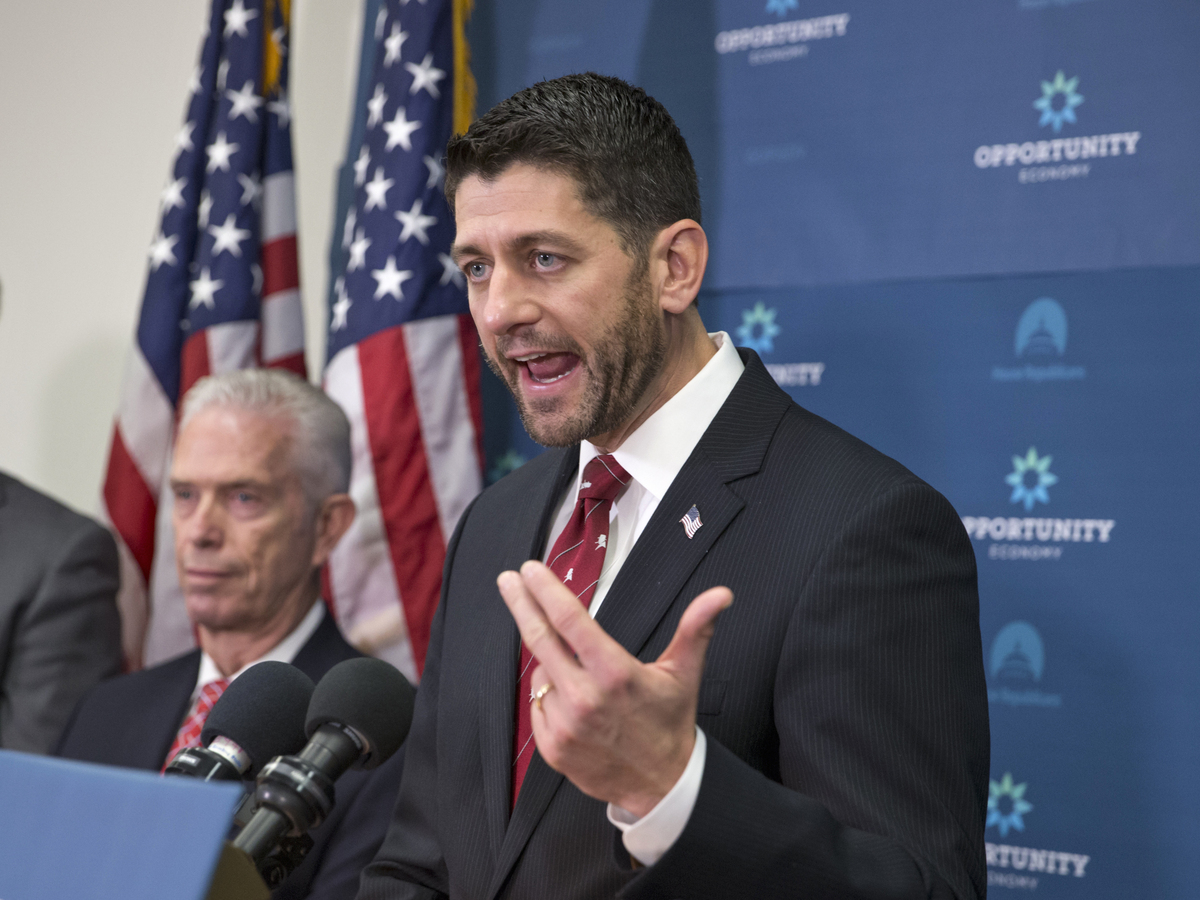 "Clearly we can do more. And one common denominator in these tragedies is mental illness. That's why we need to look at fixing our nation's mental illness health system."

Ryan highlighted a bill sponsored by Congressman Tim Murphy, R-Pa, called the Helping Families In Mental Health Crisis Act, as one way Congress is addressing the issue. The bill is currently working its way through the Energy and Commerce Committee, Ryan said. The speaker called on his colleagues in the House to make it a priority to "prevent the violence and to protect our citizens."

As our colleagues at the Two-Way blog have reported, several news outlets report the alleged gunman Robert Lewis Dear, gave a rambling statement to investigators following the shooting where he mentioned "no more baby parts" – an apparent reference to the release of controversial and highly edited videos over the summer by an anti-abortion group that alleged Planned Parenthood illegally profited from a fetal tissue donation program.

On the campaign trail and in national interviews a number of presidential candidates weighed in on the shootings.

Democratic presidential front-runner Hillary Clinton sent out a video clip of remarks she made in New Hampshire on Sunday accompanied with a tweet that said, "We should be supporting Planned Parenthood—not attacking it."

I am running for president because we must protect a woman’s right to choose and we must defend Planned Parenthood. #JJdinner

"I am running for president because we must protect a woman's right to choose and we must defend Planned Parenthood."

A handful of Republican presidential candidates also denounced the shootings, pushing back on the charge from many liberals that heated antiabortion rhetoric played a role in the rampage that killed three, including a police officer.

"What he did is absolutely abominable, especially to those of us in the pro-life movement, because there's nothing about any of us that would condone or in any way look the other way at something like this."

Huckabee went on to say the incident was a "despicable act of murder" adding:

Former Hewlett-Packard CEO and GOP presidential candidate Carly Fiorina speaking on Fox News Sunday, called the incident a "tragedy" and referred to the gunman as "deranged" who should be tried for murder.

But when pressed about whether the language she has used to criticize Planned Parenthood may have contributed to violence, she forcefully pushed back and blamed that assertion on those on the political left.

"This is so typical of the left to immediately begin demonizing the messenger because they don't agree with the message. The vast majority of Americans agree, what Planned Parenthood is doing is wrong."

During a GOP presidential debate in September, Fiorina gave an emotional rebuke of Planned Parenthood and challenged people to view the surreptitious videos recorded by the Center for Medical Progress.

She urged viewers to "watch a fully formed fetus on the table, its heart beating, its legs kicking while someone says we have to keep it alive to harvest its brain." While that characterization was proven to be false, Fiorina has stood by her claim.

Planned Parenthood President Cecile Richards speaking on NPR's Morning Edition Monday, said that there has been an uptick in harassment and intimidation tactics against her organization across America.

"Well, I think it's important to recognize that words matter. And when you use this kind of hateful rhetoric, whether you're a politician or whether you're in elected office or whether you're an opposition group, this kind of rhetoric towards doctors and women seeking health care has real impact. And I think folks should think carefully about what they say and how they treat women and women's ability to access care in America," Richards said. 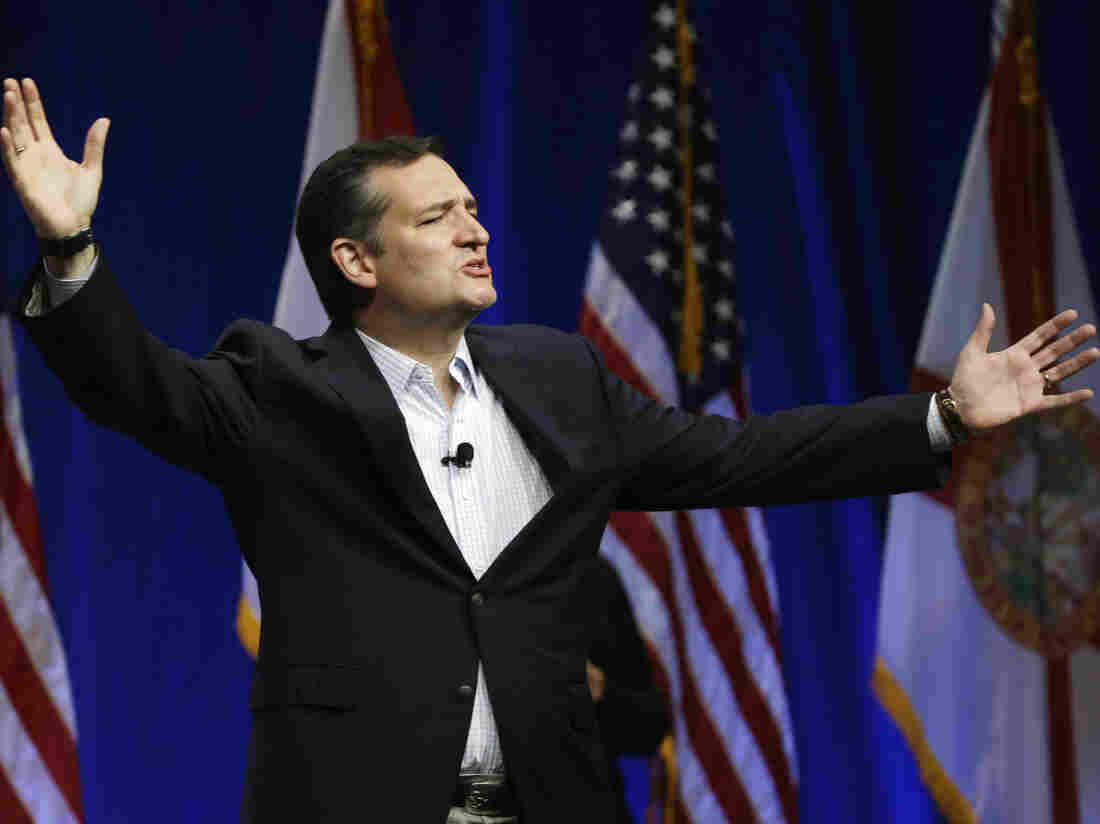 Sen. Ted Cruz, R-Texas, is among a hand of Republican Presidential candidates to weigh in on the shooting at a Colorado-based Planned Parenthood clinic over the weekend. John Raoux/AP hide caption 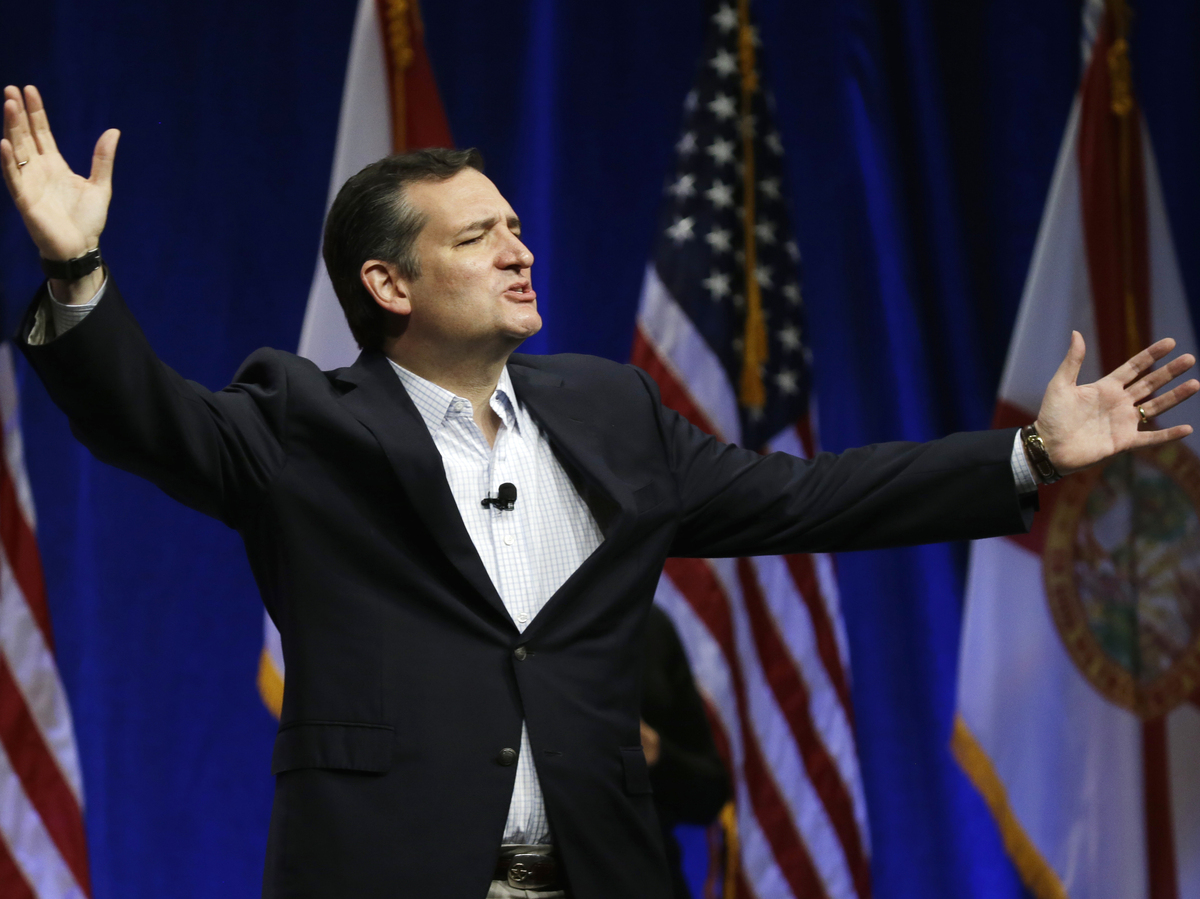 Sen. Ted Cruz, R-Texas, is among a hand of Republican Presidential candidates to weigh in on the shooting at a Colorado-based Planned Parenthood clinic over the weekend.

Texas Senator Ted Cruz, who has been rising in many recent national polls while surging in Iowa, tweeted out condolences Friday:

"Praying for the loved ones of those killed, those injured & first responders who bravely got the situation under control in Colorado Springs."

Praying for the loved ones of those killed, those injured & first responders who bravely got the situation under control in Colorado Springs

But as the Huffington Post reports, during a campaign stop in Iowa on Sunday Cruz offered this about the Planned Parenthood shooter:

"It's also been reported that he was registered as an independent and a woman and transgendered leftist activist, if that's what he is."

Cruz was citing a report by Gateway Pundit, a website that describes itself as "right-of-center" which discovered Dear's voter registration.

Ohio Governor John Kasich who is registering in the low single digits in most national polls tweeted the following over the weekend:

"Senseless violence has brought tragedy to Colorado Springs. I pray for the families in mourning and have hope our nation can heal. -John"

Senseless violence has brought tragedy to Colorado Springs. I pray for the families in mourning and have hope our nation can heal. -John

Donald Trump, the business mogul and reality television personality who is leading in virtually every national GOP presidential poll said on NBC Sunday called the alleged shooter a "sick person," before he too began referencing the videos.

"Well, I will tell you there is a tremendous group of people that think it's terrible, all of the videos that they've seen with some of these people from Planned Parenthood talking about it like you're selling parts to a car. I mean, there are a lot of people that are very unhappy about that," Trump said.

Retired neurosurgeon Ben Carson urged those on both the pro-life and pro-choice sides to exercise more civility during an interview with ABC News Sunday.

"Unfortunately, there's a lot of extremism coming from all areas. It's one of the biggest problems that I think is threatening to tear our country apart. We get into our separate corners and we hate each other; we want to destroy those with whom we disagree. It comes from both sides. So, you know, there is — there is no saint here in this — in this equation."