Accessibility links
In Wake Of Paris Attacks, Chris Christie Sees An Opportunity The New Jersey governor is showing off his credentials as a former prosecutor to argue he can fight terrorism. 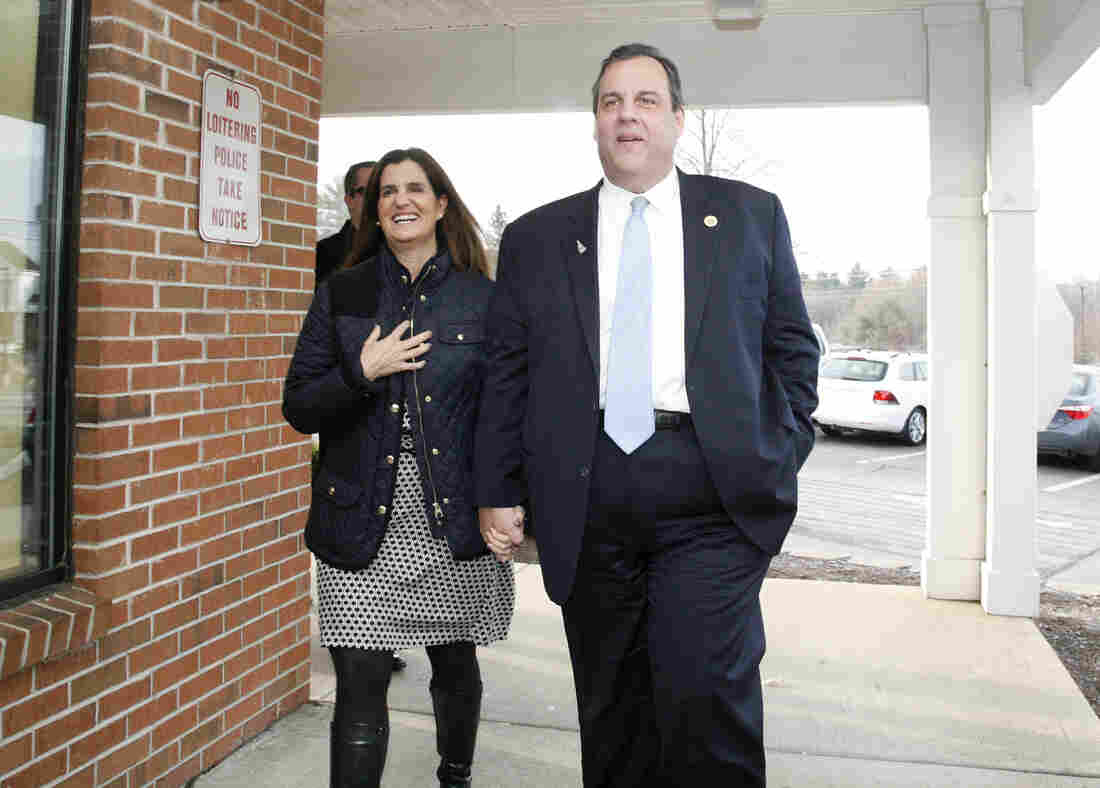 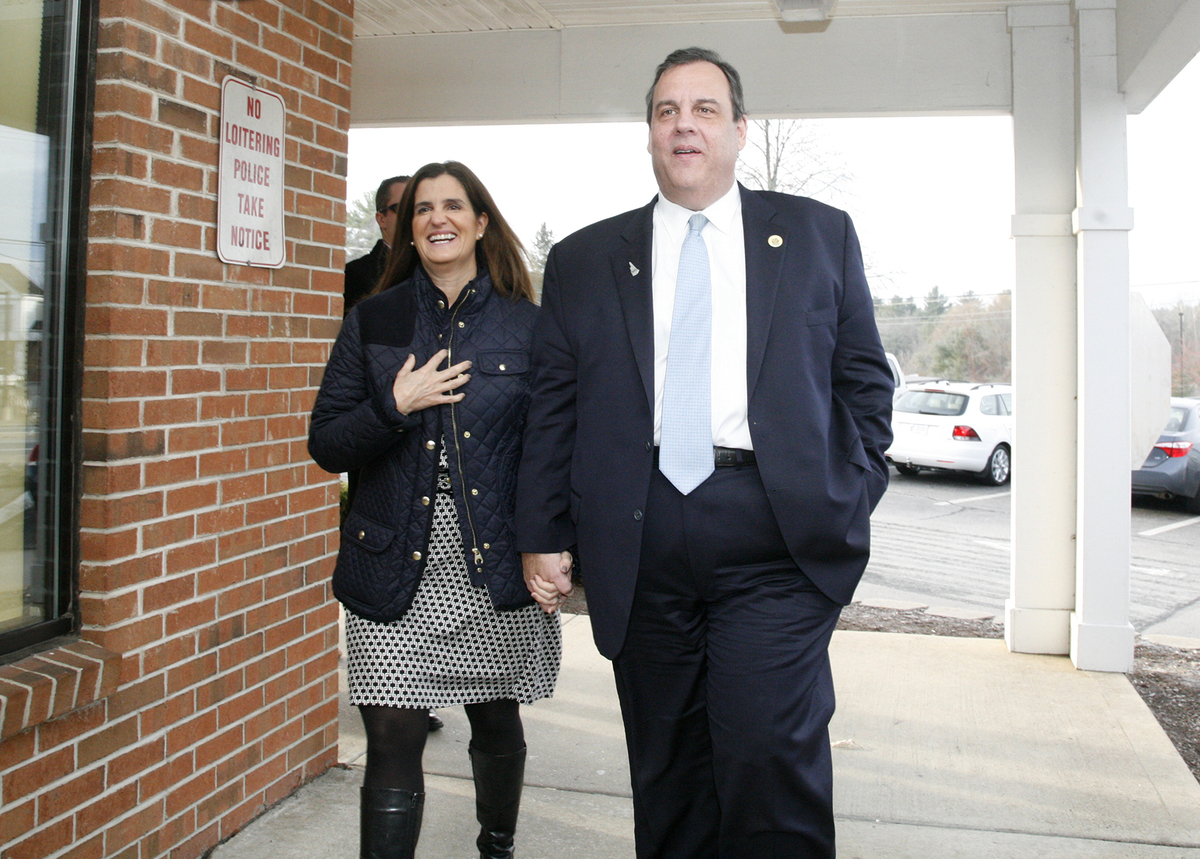 Hobbled by a scandal.

Poll numbers so low he got kicked off the last debate stage.

But fueled by voter fears about ISIS after the attacks in Paris — and a subsequent boost from the largest paper in one of the key early primary states — New Jersey Gov. Chris Christie is focusing on terrorism.

At a standing-room only town hall inside the firehouse in tiny Loudon, N.H., the crowd took the Pledge of Allegiance facing a poster of firefighters raising the American flag at the World Trade Center site on Sept. 11, 2001. And it was fear of another such attack that hung heavy over Christie's 36th town hall meeting here.

"Our world war is happening right now, has been happening," said Christie as he opened the town hall. "You and I all in this room all know, all understand, that a couple of weeks ago this campaign changed dramatically."

Christie's supporters say that focus is one reason the New Jersey governor is getting a second look from voters in the state, where Christie has spent the most time in New Hampshire of any presidential candidate.

"If [terrorists are] going to come here, we need someone in the White House who can protect us, and that's what I think he can do for us," said Renee Plummer, a real-estate developer and prominent New Hampshire Republican who recently endorsed Christie. This week, he also scored a highly coveted endorsement from the state's biggest newspaper, the Union Leader.

Christie, a former U.S. attorney, who prosecuted terrorism cases after Sept. 11th, argues that if Americans don't feel safe, the country will suffer.

The crowd listened raptly as he told them about not being able to contact his wife, Mary Pat, in the hours after the Sept. 11 attacks when she was two blocks away from the World Trade Center.

Christie takes a hawkish line on foreign policy and homeland security. He has argued that even orphans from Syria shouldn't be allowed in the country due to possible ISIS infiltration.

But challenges remain for Christie. His poll numbers remain stuck in the single digits and a federal criminal trial looms over three of his former appointees for shutting down lanes of the George Washington Bridge to punish a local mayor.

How is Chris Christie running the state of NJ, which is deeply troubled, when he is spending all of his time in NH? New Jerseyans not happy!

"He has a presence, and he talks to you and you want to listen to him to hear what he's saying," said Florence George, who was at Janie's Diner in Londonderry, N.H. "You say, 'Ooh, I want to hear this.' And it's a little bit different from what you hear every day."

In a sign of Christie's rising profile in the race, Donald Trump attacked him on Twitter (after Christie said Muslims were not dancing in the streets in his home state after 9/11 as Trump alleged). Trump noted that Christie is deeply unpopular in New Jersey, in part, because of a weak economy.