Accessibility links
Netflix Wishes You A 'Murray Christmas' In A Cheerful, Irony-Free Holiday Special Critic David Bianculli says A Very Murray Christmas, directed by Sofia Coppola, is "an unexpectedly tender little TV jewel from the man who built his early career on being a wisecracking cynic." 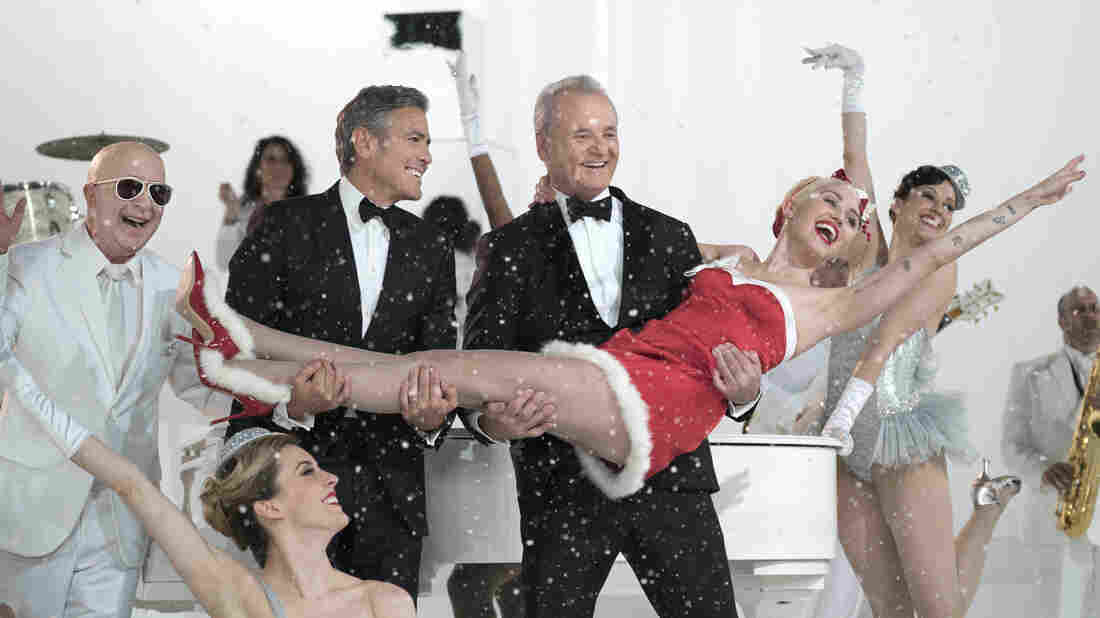 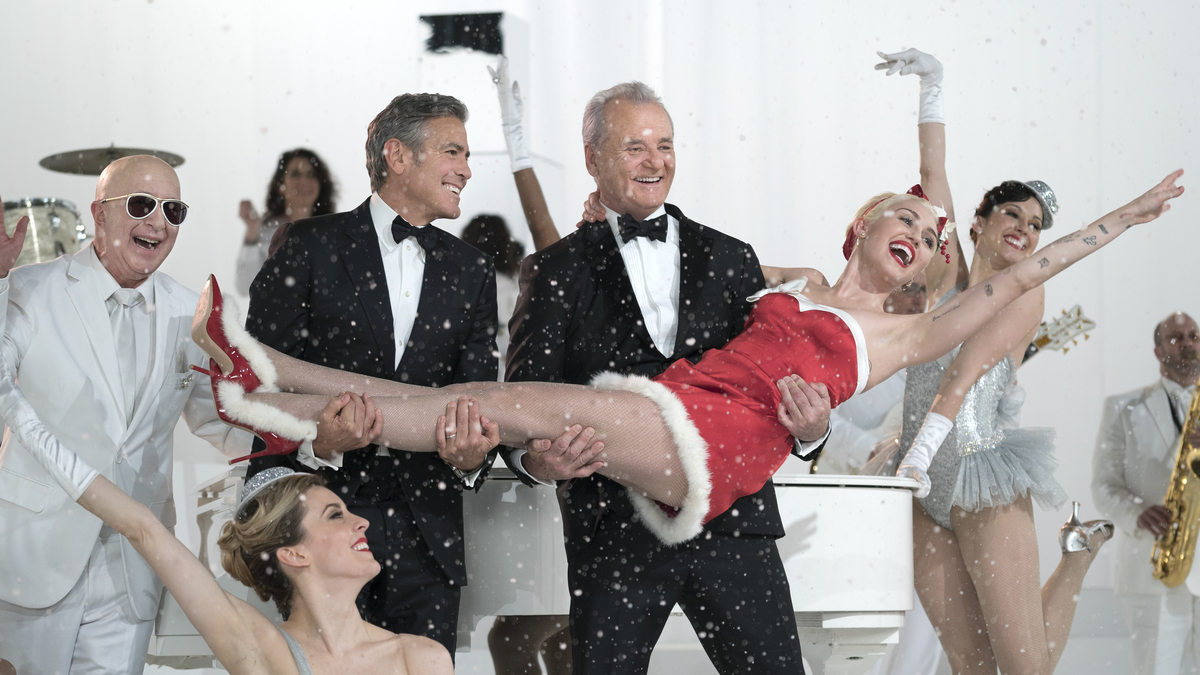 Paul Shaffer, George Clooney and Miley Cyrus are among the guests who join Bill Murray in A Very Murray Christmas, available Friday on Netflix.

A Very Murray Christmas is directed and co-written by Sofia Coppola, who also worked with Bill Murray on the movie Lost in Translation. In that film, Murray played an actor in Japan, reluctantly doing a series of commercials there, and not at all happy.

In A Very Murray Christmas, Murray starts out in much the same mood — he's in his room at New York's Carlyle Hotel, killing time with old friend Paul Shaffer, who's noodling at the piano. Outside, a snowstorm is raging. Inside, Bill Murray is pouting and singing a somber Christmas song.

When I heard that Bill Murray was doing a Christmas special for Netflix, my first thought, I'll admit, was: "Why?" Is that something he'd really want to do? And, as it turns out, that's the way A Very Murray Christmas begins. He's playing a version of himself who's accepted a booking for a TV Christmas special, live from the Cafe Carlyle. And now that the day has arrived, the scheduled guests have not — because of a winter storm that has stopped the city in its tracks.

That's the basic premise. But it expands from there, in a way that's clever and enjoyable enough not to spoil by describing it in advance. Before the one-hour special is over, though, A Very Murray Christmas does indeed find a way to make room for more than its share of special guest stars, including George Clooney, Chris Rock and Miley Cyrus.

What I do want to reveal about this special in advance is its overall tone — which, quite appropriately, takes a cue from the Charles Dickens classic A Christmas Carol. Murray, who long ago starred in the movie Scrooged, once again starts out here as a curmudgeon but eventually finds a way to get caught up in the holiday spirit.

TV holiday specials used to be all over the tube, back when there were TV tubes, and they didn't require much: a few stars, a few Christmas carols, and maybe a production number or two. That's the very formula followed by A Very Murray Christmas — but with a twist. And, most important, without irony.

They're having fun, but they're not being sarcastic here, or making fun of the holiday special itself. When Stephen Colbert did a Comedy Central holiday special, it was wonderful, but it was part homage, part satire. Murray, in this special, essentially is playing it straight, even when he's clowning around, and asking his guests to do likewise.

Even the comedy bits are performed at face value — and sometimes, when you might be expecting some sort of ironic subtext from a musical performance, you get full-out sincerity instead, as when Cyrus sings "Silent Night," accompanied only by Shaffer at the piano.

The surprise way this holiday special shifts, and changes in both tone and setting, is actually very sweet — and so is this entire special. A Very Murray Christmas is an unexpectedly tender little TV jewel from the man who built his early career on being a wisecracking cynic.

If you remember the holiday specials of old with any sort of fondness, you'll like what Murray is up to on Netflix this season. And even if you don't have any twinges of nostalgia for those TV specials from the '60s and '70s, or if you're too young to remember them, I suspect you'll enjoy A Very Murray Christmas anyway. I can be a pretty cynical guy myself — and even I had a good time watching it.