Accessibility links
Pop Culture Happy Hour: 'The Good Dinosaur,' Pixar And Second Thoughts This week's show takes a look at the latest from Pixar — both the somewhat disappointing feature and the awesome short — and we consider the times we've changed our minds. 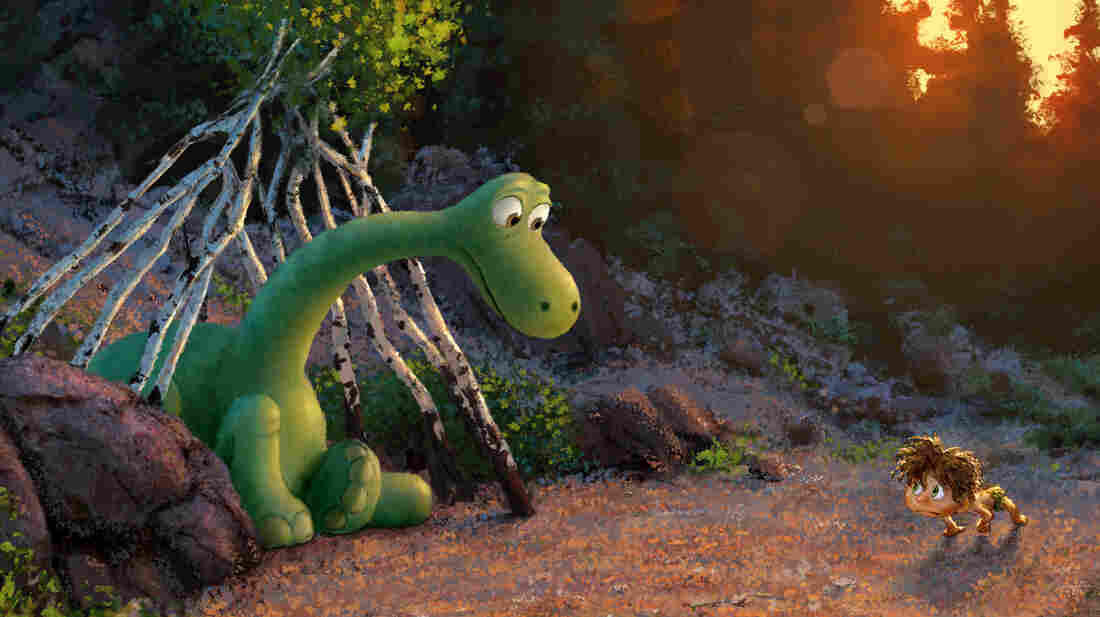 An Apatosaurus named Arlo meets a human boy on his adventures in The Good Dinosaur. Courtesy of Pixar hide caption 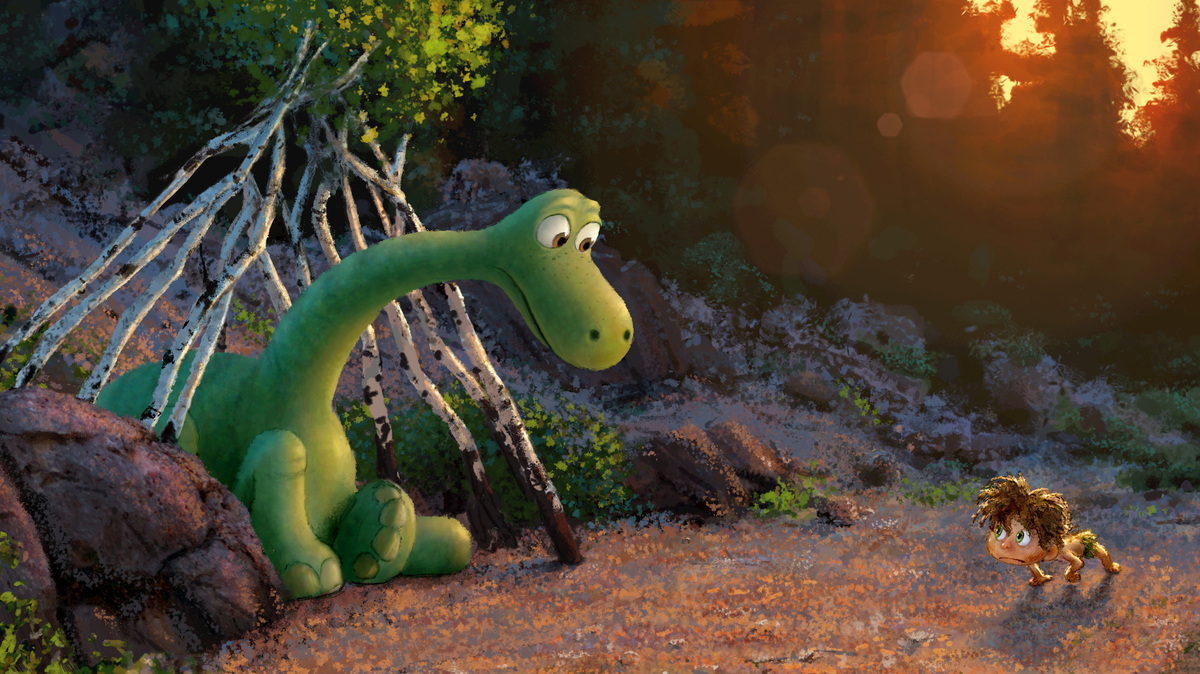 An Apatosaurus named Arlo meets a human boy on his adventures in The Good Dinosaur.

The bad news about the latest from Pixar, The Good Dinosaur, is that it has some story issues that we get into on this week's show (with our friend Kat Chow), which place it lower than we'd have liked on the Grand Scale Of All Things Pixar. The good news, however, is that it's worth taking yourself to see it just so you can enjoy the great short, Sanjay's Super Team, that's attached to it. (Editor's Note: See a clip from short below.)

We talk about both, including conversations about whether Pixar does better with no dialogue, and about whether you can trade a dinosaur for a dog or a human for a dog, and about a superhero team that trades on both freshness and familiarity.

In our second segment, we return to a theme we've approached from a few angles and talk about things we've thoroughly changed our minds about. Books, movies, music — the common thread is getting stuff wrong.

But it's never wrong to be grateful for what's making you happy, and we've got that covered as well: Stephen is happy about a ranking you may or may not agree with as well as a new season of an old favorite. Glen is happy about reading a book he enjoyed and about a Netflix series that more than a few of you have asked about. Kat is happy about a graphic novel told from a variety of perspectives. And I am happy about a live event that, believe it or not, involved dancing.