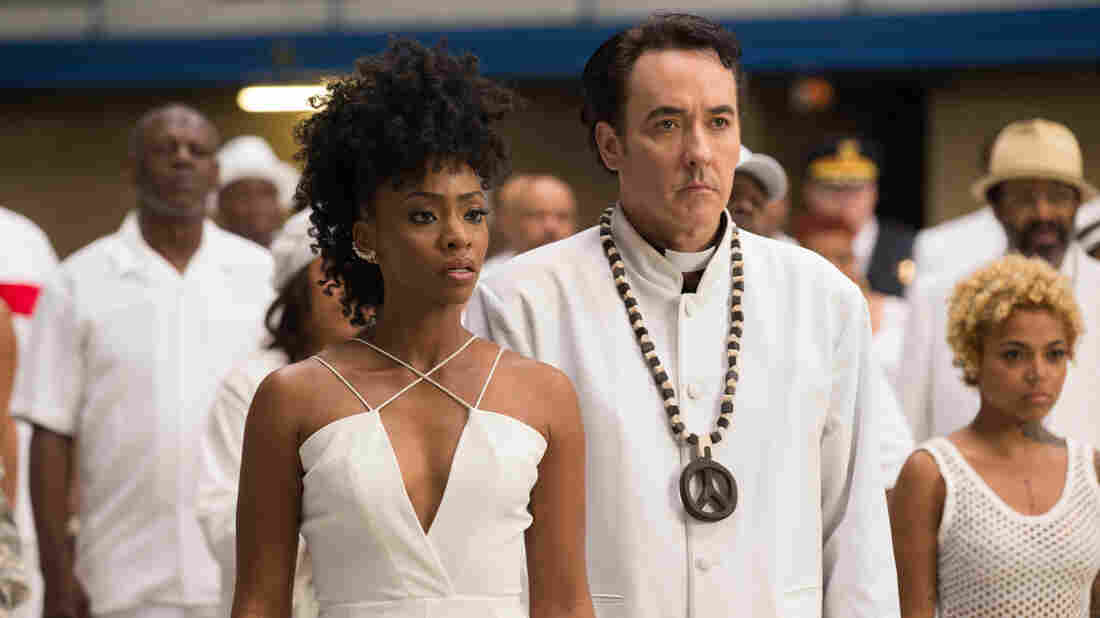 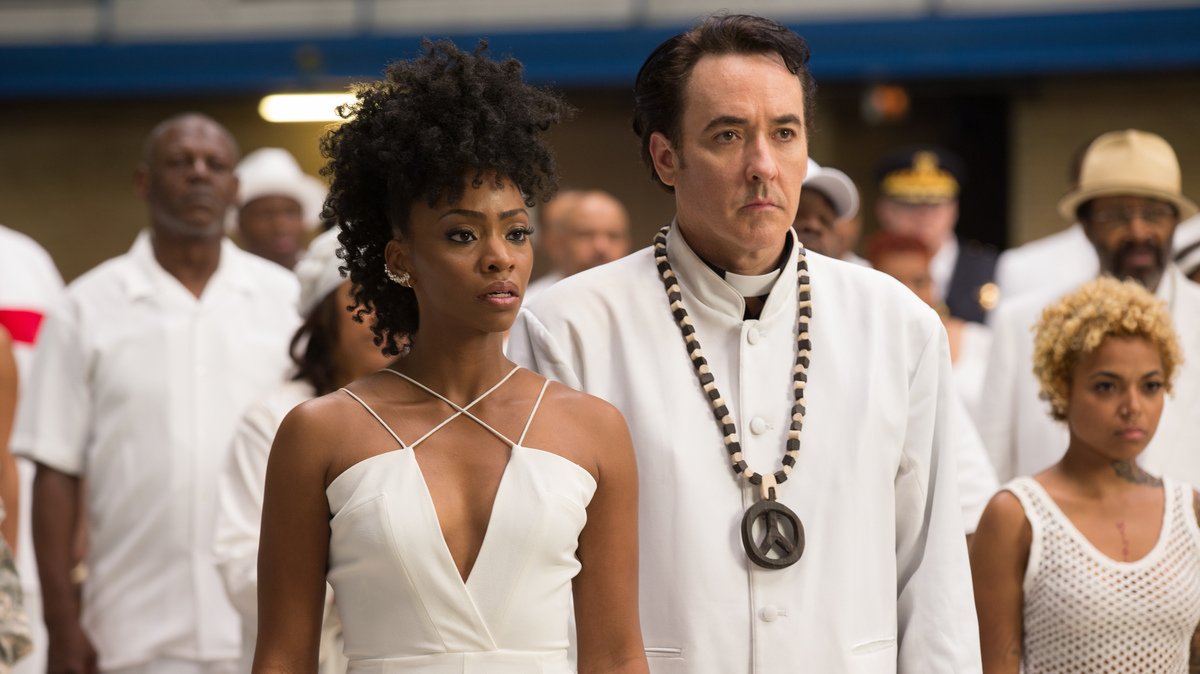 Chi-Raq marks a return for Lee to vigorous, agitprop filmmaking.

The words "This Is An Emergency" flash on-screen in red block letters at the outset of Spike Lee's satirical call to disarm, Chi-Raq, setting up the newscaster who'll set up the title.

"Homicides in Chicago, Ill., have surpassed the death toll of American special forces in Iraq," he says.

Hence Chi-Raq. During the title sequence, rapper Nick Cannon, who plays an up-and-coming rap star in the film, underscores the urgency in song: "Please pray for my city / Too much hate in my city / City of Chi-Raq."

But his character's a gang leader, and when one of his concerts erupts in gun violence and he shrugs it off as an occupational hazard, his girlfriend decides she's had enough. Her name is Lysistrata, and if that rings ancient Greek theater bells, you'll be able to guess what happens next. Aristophanes wrote a satire 2000 years ago in which his Lysistrata convinced war-weary women in Athens and Sparta that their men would lay down their weapons if the women just denied them sex. 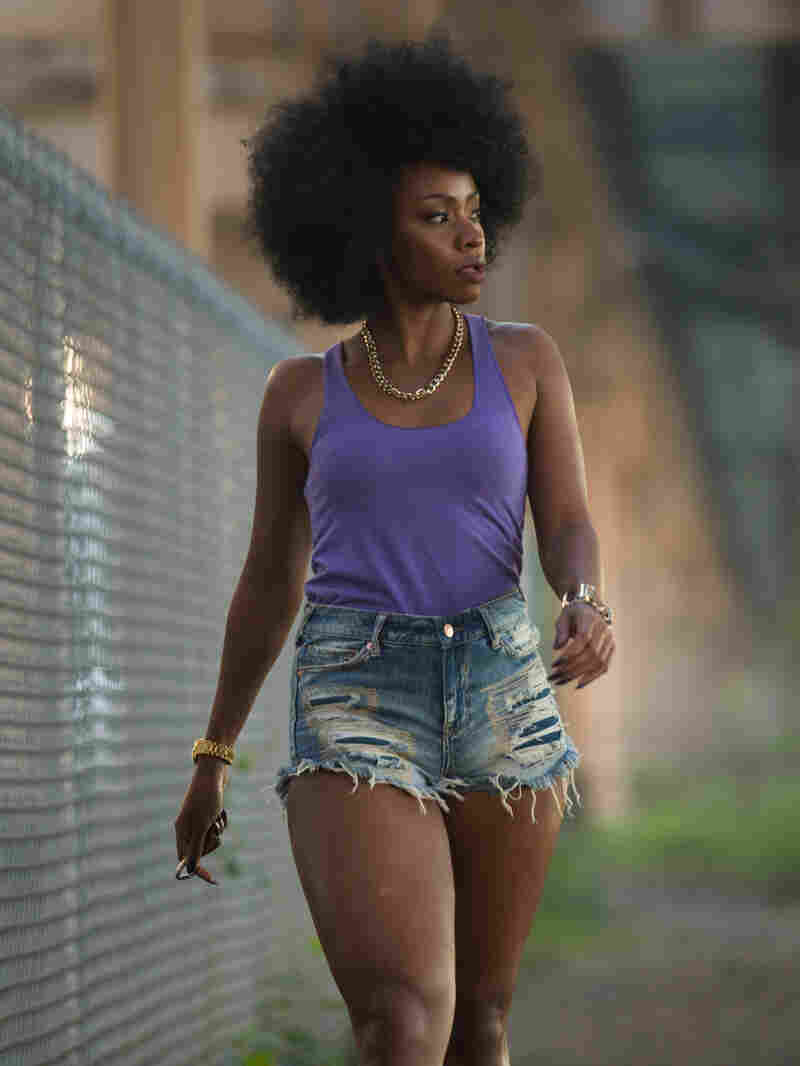 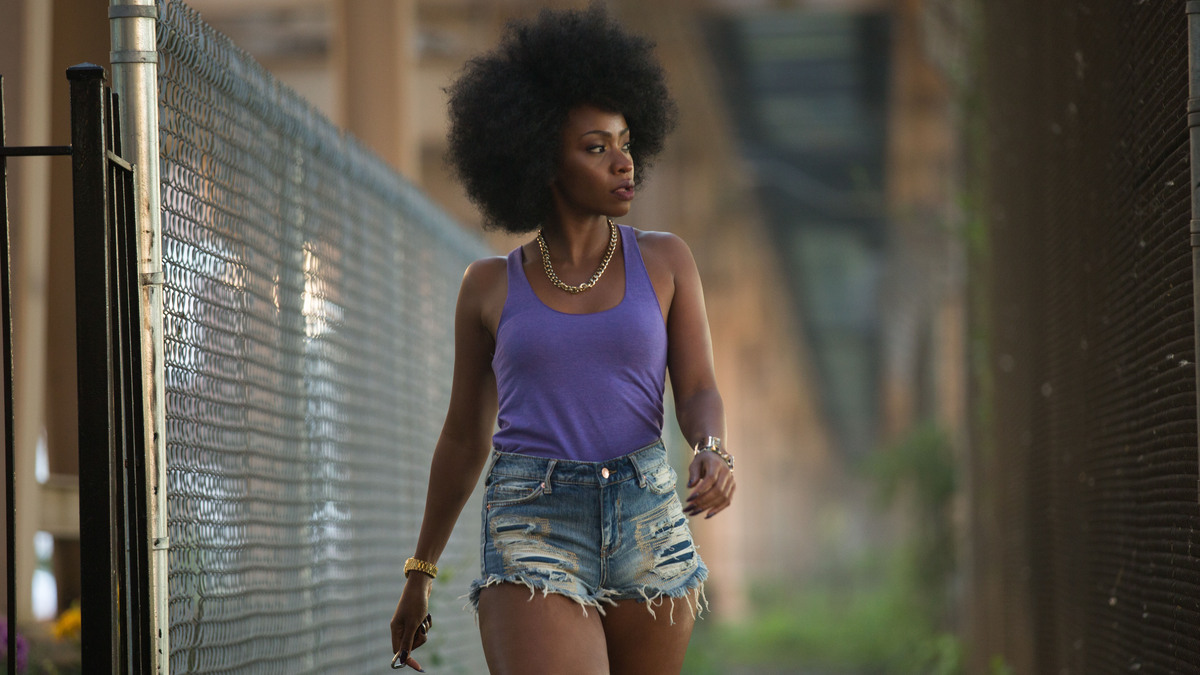 Chi-Raq's Lysistrata (a terrific Teyonah Parris), though, is dealing with gangland purples and oranges — the Trojans and the Spartans, as it happens. She does a quick Web search and comes up with a more recent example: Leymah Gbowee and the 2003 sex strike that helped bring both sides to the table after 14 years of civil war in Liberia. So she heads over to the South Side home of a rival gang leader's girlfriend with exactly that proposal:

"Total abstinence from knockin' the boot," is how she puts it, initially to howls of laughter, but later to more serious consideration. And finally to a pledge that spreads first to the other women of Chicago, then to cities around the U.S., and ultimately all over the world.

Lee and his co-writer Kevin Willmott aren't just updating Greek satire; they're doing it mostly in verse, which adds a degree of artificiality, obviously, but also means the dialogue feels like an extension of the hip-hop on the soundtrack.

So sayeth Angela Bassett as Helen (of Troy, presumably), an oracle with vision. The men for the most part are objects of derision — see this rhyming thing is catching. One exception, a pastor (John Cusack) whose sermon at a child's funeral is not in verse and gains enormous power from that difference. It rings with a fury the audience will share after watching a mother (Jennifer Hudson) scrub her daughter's blood from a sidewalk.

Chi-Raq marks a return for Lee to the vigorous, agitprop filmmaking that first brought him attention, but he's a far more accomplished blender of seriousness and showmanship today than he was in the mid-'80s. Put together the conviction and anger of Do the Right Thing, the sexy feminism of She's Gotta Have It, and the sheer star power of the likes of Wesley Snipes, Dave Chappelle, Harry Lennix, Samuel L. Jackson, and even if the result feels a little uneven in Chi-Raq, it's bound to be persuasive. Call it a bracing, cinematic call to action as potent as it is timely.