Accessibility links
#MemeOfTheWeek: San Bernardino, Journalists And The #MuslimApartment Cable news outlets broadcast a tour of the home of Syed Farook, suspect in the San Bernadino shooting. Some included images of drivers' licenses, and Social Security cards. The backlash was swift. 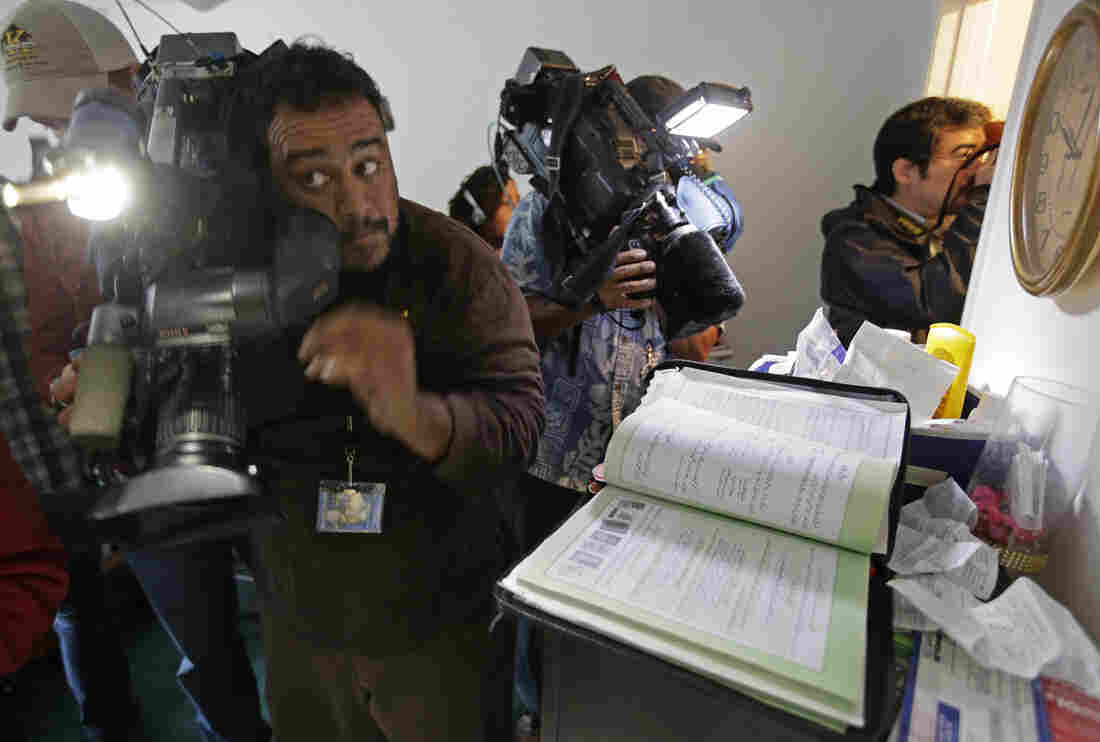 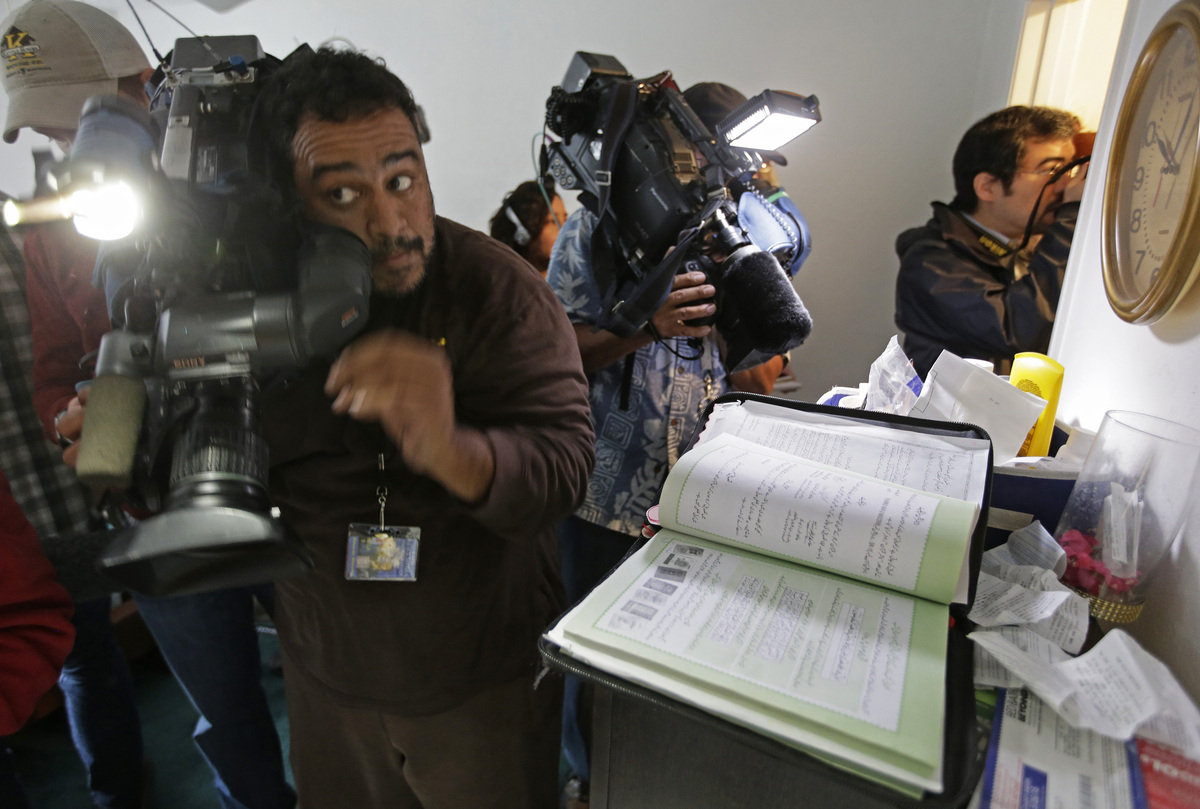 Members of the media crowd into the apartment bedroom of San Bernardino shooting suspects Syed Farook and his wife, Tashfeen Malik, in Redlands, Calif.

On live television Friday, journalists entered the Redlands, Calif., apartment of Syed Farook and Tashfeen Malik, the couple who carried out this week's shooting in San Bernardino that killed at least 14 people.

At first, reporters said they had been given permission to do so by the building's landlord, and that officials had already gathered all the evidence needed for any investigation.

Bang up job reporting from a crime scene by CNN & MSNBC. pic.twitter.com/kmwyMKIbCK

We're coming to you live from inside the suspected #SanBernadino shooters' apartment. pic.twitter.com/kWylFcAm4e

But when news networks began broadcasting from within the apartment, many on social media began to cry foul.

Screenshots from MSNBC. I added the redout pic.twitter.com/Ttu3zJ0Fjj

MSNBC caught the brunt of the backlash. And the network later apologized for broadcasting images of Farook's mother's drivers licenses and Social Security cards found in the apartment, as well as family photos.

Please disregard this as the work of a few extremist zealots, they are not representative of our group.

Some of the critique of the broadcasts came from journalists themselves.

NPR's David Folkenflik reported that later in the day, the landlord of the building said he did not give all of the journalists in the apartment permission to enter. And there were other reports that the landlord was actually paid $1,000 to let some people in.

@MSNBC be like we found Pakistani food in her home. Jupp definitely radicalized #muslimapartment pic.twitter.com/q0Hkkr6IqL

In a few hours, after #MSNBC became a trending topic along with #MuslimApartment. Many Muslims took to Twitter to share images from inside their own apartments, making the point that a lot of what was found inside was pretty innocuous.

The broadcasts from the apartment, the reactions to the footage and the #MuslimApartment hashtag highlight a few themes.

First, journalists are often under intense pressure to get any scoop they can during breaking news events — first and fast. And sometimes that pressure can lead to behavior the public might see as unsavory. [Full disclosure: NPR had a staffer on the scene as well. He did not use footage or audio from inside the apartment in his reporting.]

Second, media criticism happens in real time. The court of public opinion deems winners, losers, right and wrong today in a matter of hours, if not minutes, thanks to social media.

Ultimately, these events don't make anyone look good. Does the public have an insatiable appetite for the type of information that journalists sometimes go to discouraging lengths to gather?

Is everyone involved — reporters, social media observers and the general public — too quick to judge in these types of breaking news events? Do trending hashtags like #MSNBC or #MuslimApartment do anything to solve whatever problems might lie under the surface of Friday's events?

At least right now, it's hard to tell.