Accessibility links
Beyond The Dreidel: The Songs Of Hanukkah — And How They've Changed Who says Christmas gets all the fun music? Josh Kun, of the Idelsohn Society for Musical Preservation, talks the evolution of Hanukkah music — from traditional Hebrew to hits fit for the club. 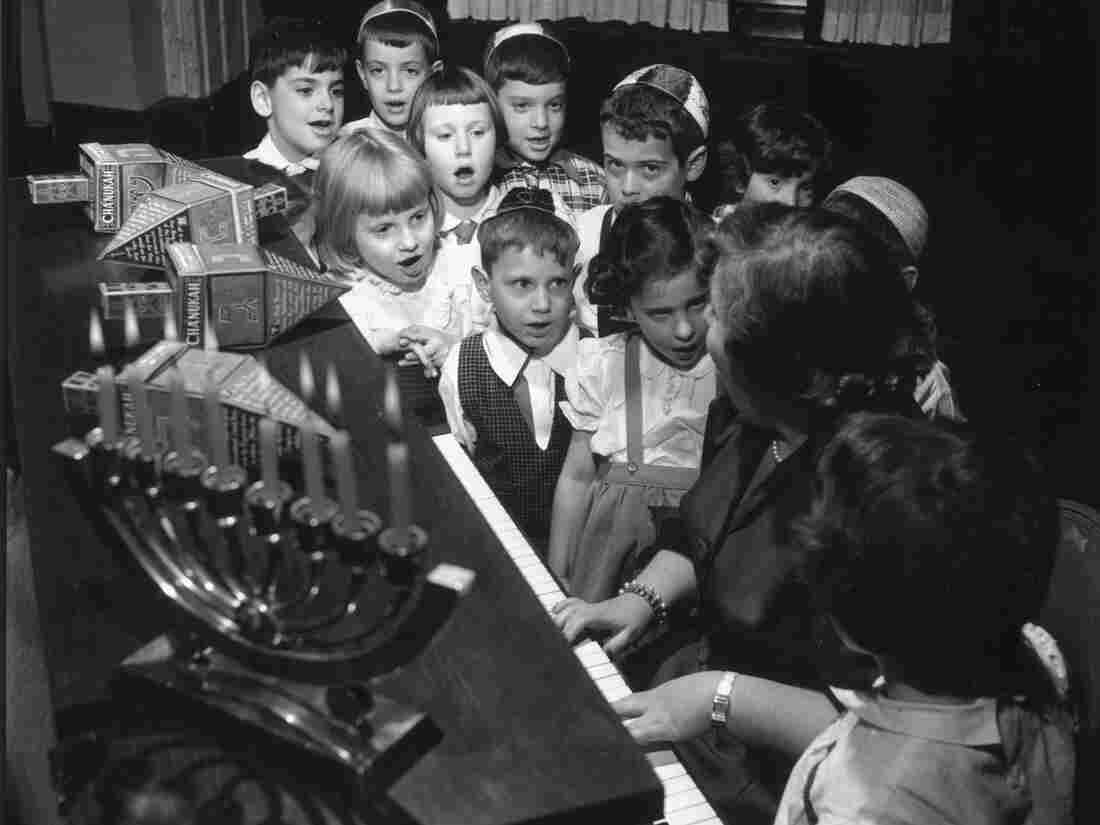 Young Jewish children gather around the piano, circa 1955, to perform songs during the Hanukkah celebrations. George Pickow/Getty Images hide caption 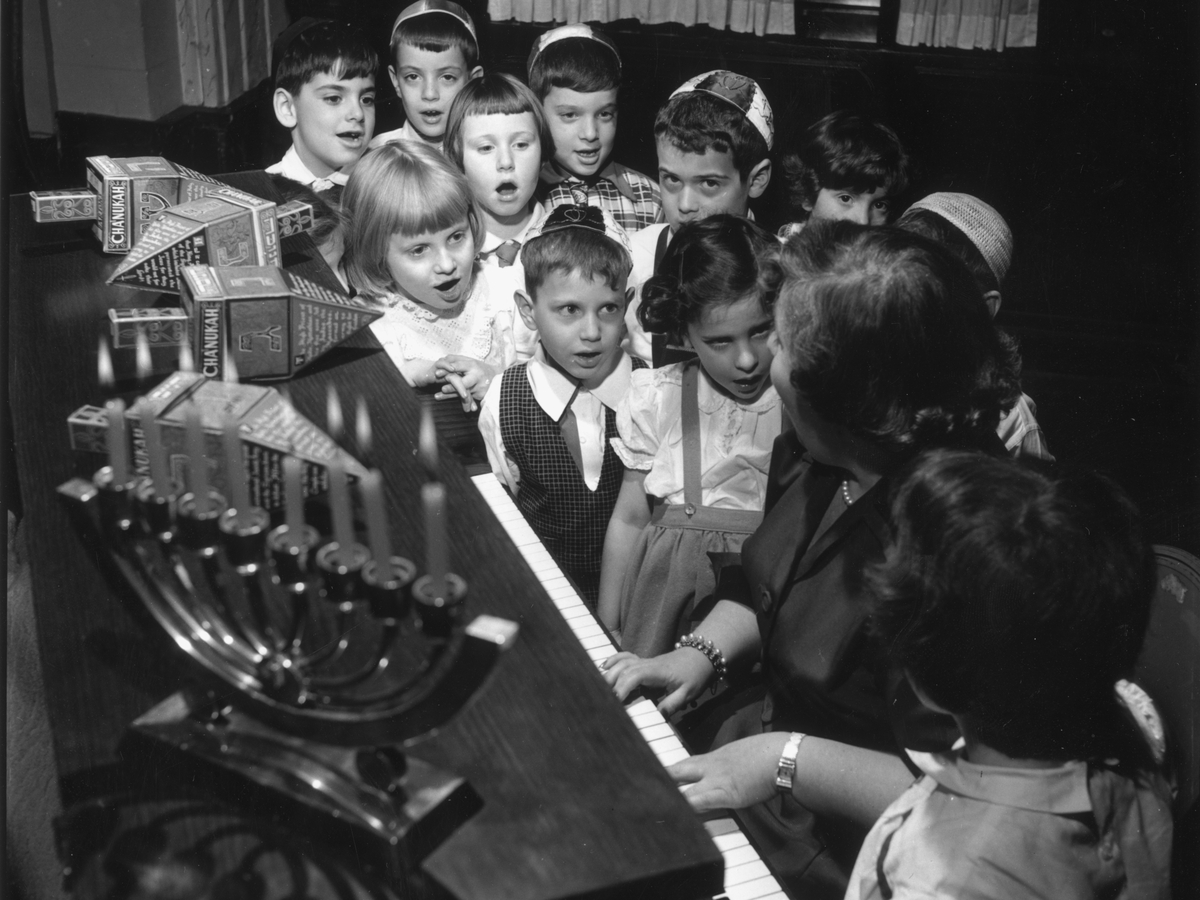 Young Jewish children gather around the piano, circa 1955, to perform songs during the Hanukkah celebrations.

Hanukkah commemorates the reclaiming of the Holy Temple of Jerusalem during the Maccabean Revolt. It is not some kind of Jewish Christmas.

Still, with lights, prayers and gifts in December, Hanukkah tends to get wrapped up in the ball of snow and tinsel as Christmas. But Hanukkah has its own songs — though maybe not nearly as many as Christmas.

On Saturday, the eve of Hanukkah, NPR's Scott Simon took the opportunity to open up the songbook with Josh Kun, co-founder of the Idelsohn Society for Musical Preservation. They talk the history of the Hanukkah song — from its 19th-century rebranding to the rethinking of old standards today.

On what makes a good Hanukkah song

On his favorite Hanukkah songs

It's funny, you know, my relationship to Hanukkah songs really comes through — I guess what you could say the back door, but maybe it's the front door — of Christmas songs. So first, like, my favorite Jewish Hanukkah songs are actually some of the greatest Christmas songs that have been written by Jews ... like kind of, oh, all of them? "[I'm Dreaming of a] White Christmas," "Rudolph the Red-Nosed Reindeer" — most of the great English-language pop Christmas songs were written by American Jews. Some of the greatest Christmas albums are, of course, Christmas albums by American Jews like Barbra [Streisand], Neil [Diamond], Barry [Manilow] and the like. But I digress.

You know, I think the history of Hanukkah songs — you really actually can't separate them from the history of the mainstreaming of Christmas as a holiday. When Hanukkah starts to kind of be rebranded in the United States in the late 19th century, a big part of that rebranding was its songbook. What kind of songs could be written that could help popularize Hanukkah among Jews in the United States. One of the earliest steps in that was taking a traditional Hanukkah song that was originally written in Hebrew, "Ma'oz Tzur," and it becomes "Rock of Ages" in the late 19th century.

"Rock of Ages" (From the Idelsohn Society's "Twas the Night before Christmas," Courtesy of Yivo Archives)

This is a cantorial recording. This is actually from the incredible archives at Yivo in New York, and that choral tradition that might not sound so Jewish, that sounds much more Christian or broadly just simply American, is no mistake, I think. There was a conscious effort — particularly, that was from the late '30s — but this really builds in the late 1950s, when Hanukkah songs start to really sound like more mainstream American pop.

Adam Sandler, "The Hanukkah Song," on Saturday Night Live in 1994.

When you mention Hanukkah songs, that's probably the first song that anybody wants to talk about — which is funny because really the song, you know, uses Hanukkah as a way to get people to think about assimilation. It becomes a kind of outing of Jews who people maybe didn't know were Jewish, and a proud naming — a roll call — of American Jewish stars and celebrities.

I think that's a great example of, in a way, repopularizing these songs and maybe encouraging younger American Jews to maybe write some of their own.