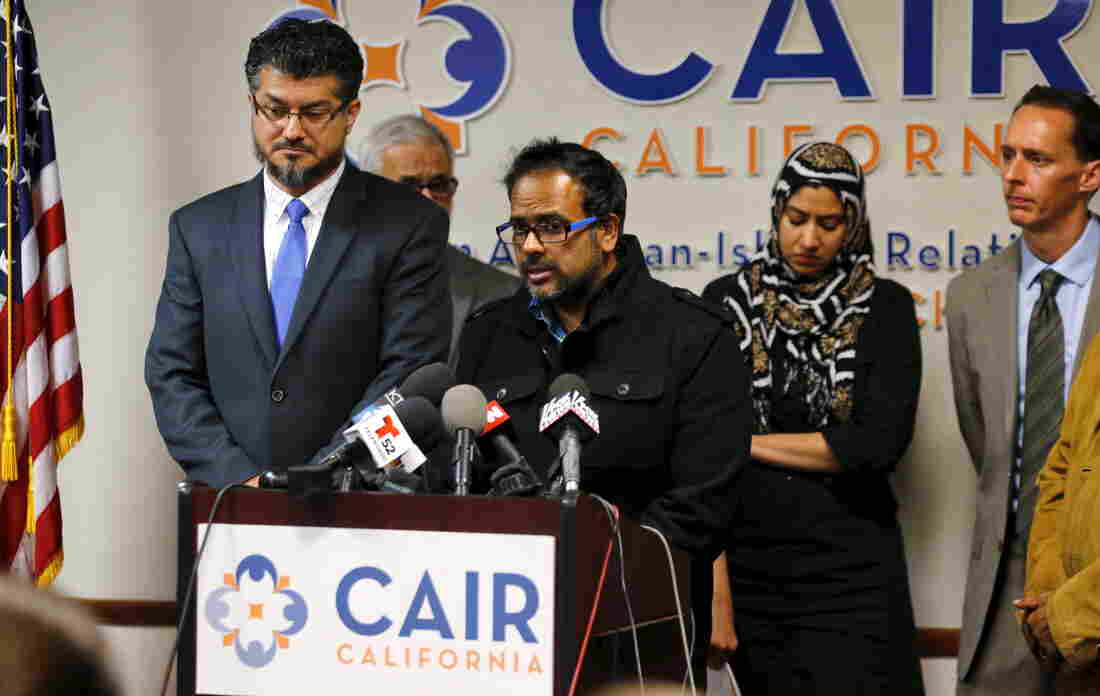 Farhan Khan, brother-in-law of San Bernardino shooter Syed Farook, speaks at a Council on American-Islamic Relations press conference in Anaheim, Calif., on Wednesday. CAIR called the press conference very early into the investigation of the shooting, to "get out in front of the story," says the organization's communications director. Mike Blake/Reuters/Landov hide caption 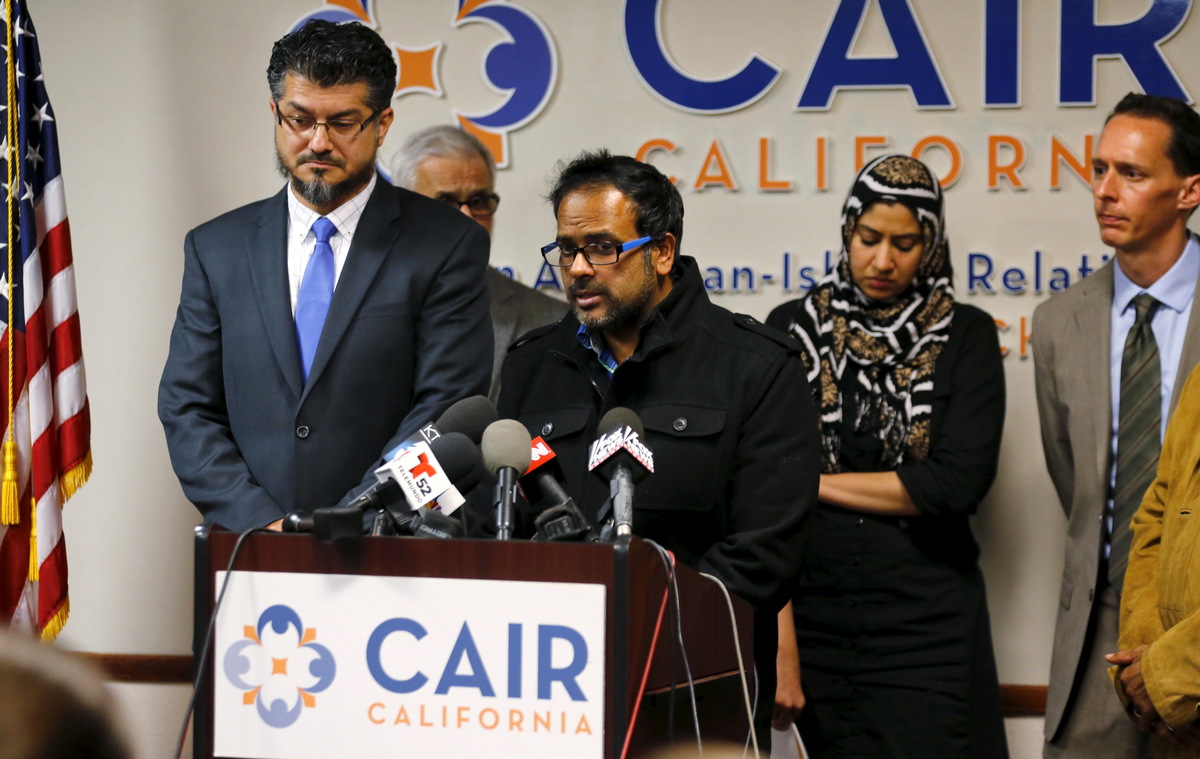 Farhan Khan, brother-in-law of San Bernardino shooter Syed Farook, speaks at a Council on American-Islamic Relations press conference in Anaheim, Calif., on Wednesday. CAIR called the press conference very early into the investigation of the shooting, to "get out in front of the story," says the organization's communications director.

Much is still being learned about the shootings in San Bernardino, Calif., but one thing was clear very early on: how the Council on American-Islamic Relations, or CAIR, stood on the attack.

The Muslim community group called a press conference almost immediately after Syed Farook and Tashfeen Malik were named as suspects.

Farook's brother-in-law appeared at the conference, and a CAIR official, speaking on behalf of the local Muslim community, deplored the shooting.

"We unequivocally condemn the horrific act that happened today," Hussam Ayloush, the executive director of the LA CAIR office, said. "We offer our heartfelt prayers and condolences to the injured, to the families of those who have been killed. ... We stand in mourning, in sadness, for what happened."

How did the organization organize the press conference so quickly, and why did they choose to speak out at such an early stage of the investigation into the shooting?

On why the LA CAIR office called a news conference very early, while the situation in San Bernardino was still fluid

We believed it was important to get out in front of the story, because so often, if there's some kind of Muslim reference in a horrific act like this, you soon get the stereotyping, the generalizations. So we wanted to make sure that the Muslim community's condemnation of this horrific attack was clear, so that we no longer, hopefully, hear the "Why haven't Muslims spoken out?" line.

When you have Fox News taking our news conference live, that says something.

On when they realized they would have to address the shooting

We had been aware of the potential for Muslims being named as suspects earlier than was made public because we had been contacted by family members who were concerned about their missing family members. That's why we were able to swiftly organize a news conference and condemn the attacks and repudiate whatever twisted mindset would lead to this. ...

Whenever some kind of mass shooting or any other kind of violent activity takes place, we kind of hold our breath until we are sure that no Muslim was involved, because we know that these incidents will be treated differently if a Muslim is involved versus if somebody of another background is involved.

But we believe it's important that it's clear that the American Muslim community condemns these kinds of things, and is on the record condemning.