Accessibility links
Babyface Remembers Slow Dancing, Old Crushes And His First Song The R&B hitmaker picked up guitar in sixth grade, just in time for an early lesson in heartbreak. He speaks with Rachel Martin about his new album and what his late mother taught him about love. 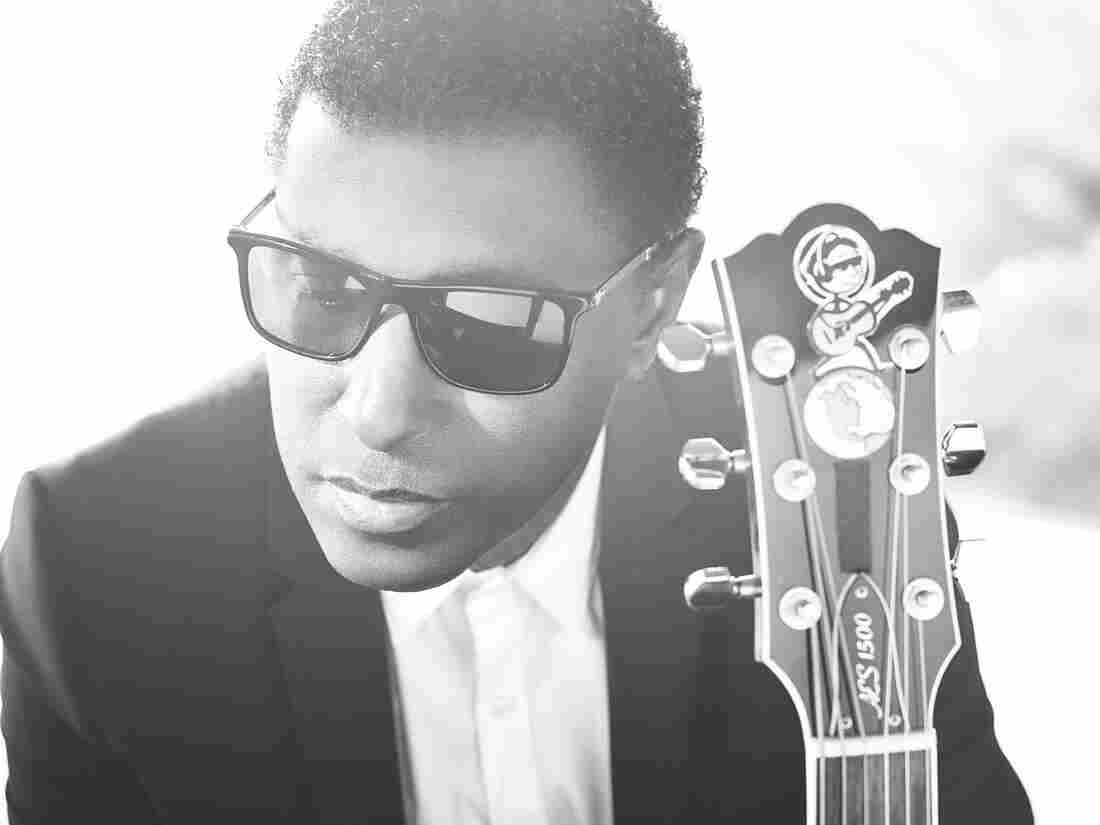 Return of the Tender Lover, Babyface's new album, his first solo collection of originals in a decade, is out now. Courtesy of the artist hide caption 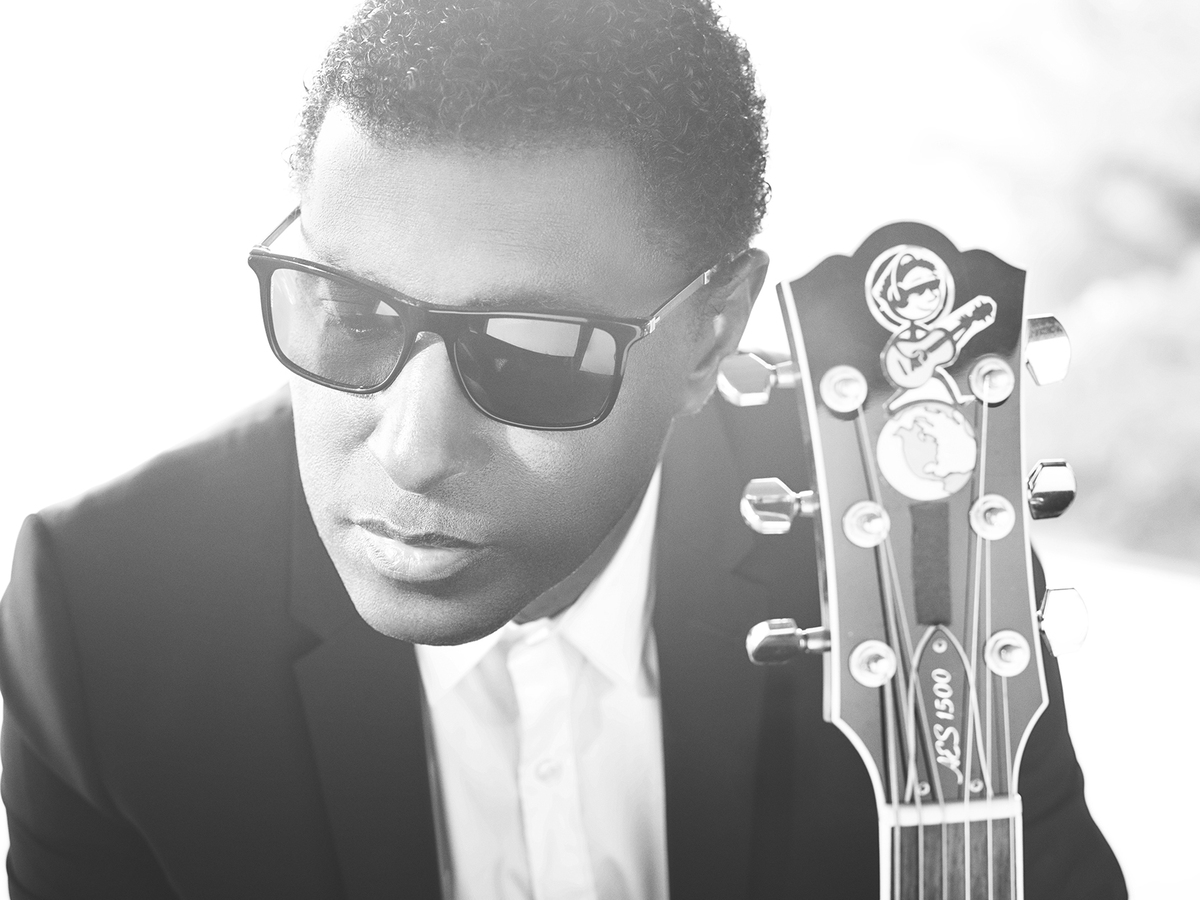 Return of the Tender Lover, Babyface's new album, his first solo collection of originals in a decade, is out now.

Whitney Houston, Boyz II Men, Eric Clapton and Toni Braxton — those are just a few of the major artists that Kenny "Babyface" Edmonds has written and produced for over the years. The 11-time Grammy winner is well known for his traditional R&B ballads, and on his latest solo album, he sticks with the subject he knows best.

"When you think about it, kids don't know anything about slow dancing. You don't go to a club or to a house party and slow dance; that doesn't happen anymore," he says. "There are those of us that still like a good love song, and like to feel good about love — and not necessarily heartbreak, but just feel good about what love can do for you spiritually. And I just wanted to make a feel-good record in that way."

Babyface joined NPR's Rachel Martin to talk about the new album Return of the Tender Lover — and along the way, traced his relationship with music all the way back to his first big crush. Hear the radio version at the audio link, and read more of their conversation below.

Babyface: I was always too afraid to slow dance. But I do remember watching people slow dance. I was the guy on the sidelines. At the school dance, I was usually in the band, playing.

Can I just ask a super-personal question? What is the big love of your life right now, besides music?

The big love of my life. That's a hard question, because there's a lot of loves in my life. There's my wife, Nikki. There's my daughter and my boys. A couple years ago I lost my mom, and when someone that important leaves this world, it leaves you with this feeling of wanting to grab every moment with those that are around you, and appreciate it.

There are days when I think of my mom, and I think of just sitting inside the house — I don't have to be in the same room, just knowing that she's in the other room. To sit there and know that feeling that she's there, that's what you miss. It's moments that are not necessarily big moments. They're actually small moments that seem huge right now.

What did you learn about love from your mom?

She didn't talk about it — she showed me. She showed me in how she was there for everything. We had six boys, and no matter what was going on in our lives, she was there. And it was difficult, because she had to raise us pretty much by herself, 'cause my dad passed away when I was, like, 10 years old. So she was stuck with raising six boys, and all the drama that comes with that.

That's a lot of boy energy. I'm the mom of two boys, and that seems like a lot.

And it wasn't easy. But she was there for every one of us. And so, you can say "I love you" all day long, but nothing says "I love you" like someone being there and showing that they care, and knowing that when you turn around, they're supporting you.

You write really strong, powerful songs for women to sing. You have done that a lot in your career, whether it's Beyoncé or Mary J. Blige. Does some of that come from your mom?

I think it has to. I mean, I was always kind of sensitive to that, I guess. I was always falling in love at a very young age — kindergarten, is when I can remember. There was always a crush. And when I was in sixth grade, I started picking up guitar, so I started wanting to write about it and sing about it. And that's kind of how it all started.

Do you know where any of those women are now?

Yeah, I got in touch with one of the main girls, who was the sixth-grade crush. Which was really important to me, because she was the girl that kind of made me want to pick up the guitar and start writing a song. And I wrote a song, and I had a crush on her for a couple years. It's a long story; it's what I like to call my first kiss and my first diss, all in the same moment. But it was powerful in that sense. And I guess it talked to my soul, musically, so I would write these terribly sad songs for a long time.

I don't suppose you remember any of them?

Of course. The first song I wrote was "The Bitter Taste of Life."

Can you sing a little of it?

I need my guitar to sing it. Sorry.

It's OK, I'll let you pass. What's challenging about writing a love song? Don't you risk falling into cliches, lyrically? How do you find new ways to talk about it?

I think it's not really difficult to write about love. We've been saying the same thing over and over for so many years. But it depends on how honest it is, and how good you make it feel. You can say "I love you" in a trillion ways, and it can always sound different or feel different. And that's obviously proven, because we've all been doing it for so long.