Accessibility links
At 60, Wayne Horvitz Is Protecting — And Expanding — His Musical Language Horvitz is one of those musicians who does almost everything — from leading a small group of improvisers to conducting a big band, and from composing for symphony orchestra to running a nightclub. 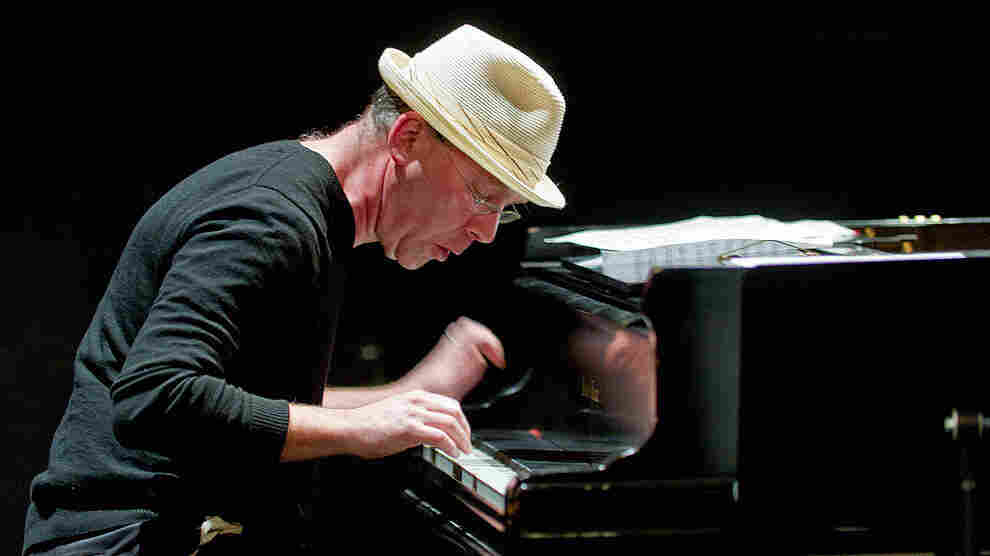 Wayne Horvitz's latest album, Some Places are forever Afternoon, is based on poems by the late Seattle native Richard Hugo. Daniel Sheehan/Courtesy of the artist hide caption 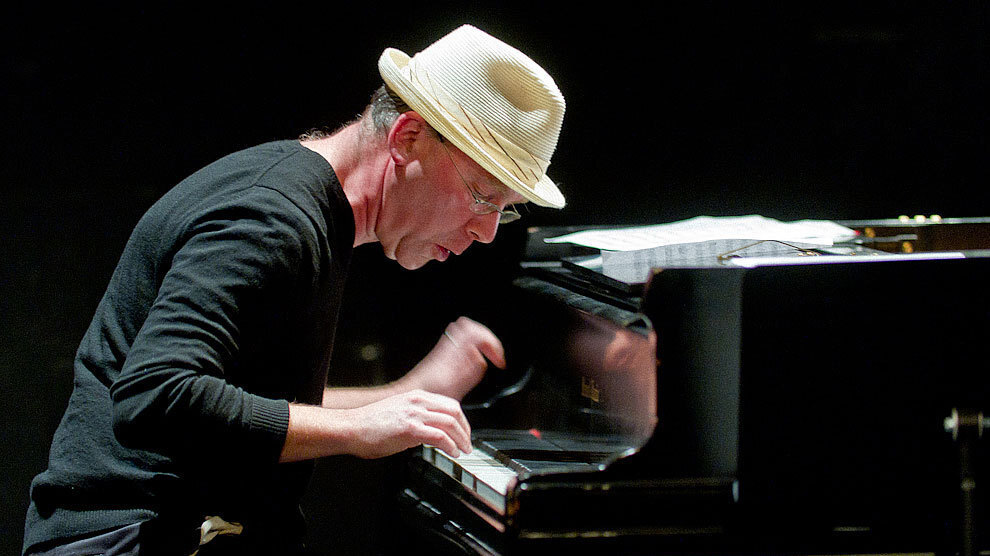 Wayne Horvitz's latest album, Some Places are forever Afternoon, is based on poems by the late Seattle native Richard Hugo.

Daniel Sheehan/Courtesy of the artist

Wayne Horvitz is one of those musicians who does almost everything — from leading a small group of improvisers to conducting a big band, and from composing for symphony orchestra to running a nightclub. The Seattle-based keyboard player turned 60 this year, and he's celebrating by adding even more to his schedule: playing birthday concerts on both coasts.

Back when Horvitz decided to move from his native New York to Seattle in 1988, many of his East Coast cronies predicted it would change his work. In fact, the musical voice his New York friends knew was forged in California, where the musician attended college.

"I like to joke, and I've probably said this too often, that I've been recycling the same 8 licks since I was 17," Horvitz offers. "I like that. Having a personal language is important to me."

Horvitz brought that style back to New York in the mid 1970's, where he became part of the downtown music scene, alongside friends like guitarist Bill Frisell and composer John Zorn. But two decades of big-city hustle eventually wore him down.

"I just wanted a quieter place," he says of the Northwest. "Of course, within three years of moving here, I was just as swamped and overwhelmed. Nature abhors a vacuum, and artists abhor whatever."

Horvitz says he got to the Seattle about two minutes before grunge hit. His first Northwest band, Pig Pen, played the same clubs that hosted the likes of Nirvana, Soundgarden and Alice in Chains. He doesn't play rock — and according to him, he doesn't play jazz, either. But that hasn't stopped music critics from lumping him into that category.

"I always laugh at that," he says. "Everyone thinks I'm a jazz musician except jazz musicians, who say I can't play jazz, or what I do is not jazz."

What he does, he says, is two kinds of music: loud and quiet. Horvitz has composed for wind, brass and string ensembles. His latest album, Some Places are forever Afternoon, is based on poems by the late Seattle native Richard Hugo — and that release wwas the jumping-off point for his "Concerto for Orchestra and Improviser," recently commissioned by the Seattle Symphony.

"I don't think Wayne is a composer that writes jazz symphonic music," says Ludovic Morlot, the orchestra's conductor. "He actually comes to the medium in a completely different perspective. He creates his own language and vocabulary by taking that very different approach, through improvisation."

The improviser in "Concerto for Orchestra and Improviser" is the composer's old friend Bill Frisell. He says Horvitz likes to break down barriers between people — and genre.:

"He's a force breaking those things down and bringing people together, so music can happen that might not [otherwise] get a chance to happen," he says. "People meet each other. It's amazing."

Frisell points to the Seattle night club that Horvitz co-owns, The Royal Room. It's a neighborhood joint that hosts everybody from rock musicians to Horvitz' big band, The Royal Room Collective. Most of the members are at least 20 years his junior.

"This is our mentor," says clarinetist and singer Beth Fleenor, "who has really forged this incredible career over decades of commitment to himself, and just to new music in general."

At 60, Horvitz is more active than most artists he knows. And while he's always looking ahead to the next project, he says he hopes he's held onto some of the original voice he sought as a young musician in New York, almost 40 years ago.

"Mozart wrote all sorts of pieces, but they all have his language. Thelonius Monk, you always see his language," Horvitz says. "I hope that's true of my music."