Accessibility links
Songs We Love: The Revolutionary Army Of The Infant Jesus, 'Before The Ending Of The Day' "Before the Ending of the Day," a 7th century hymn turned into a droning prayer by the once-mysterious Liverpool music collective: "where music begins to delineate the contours of silence."

10Before The Ending Of The Day

9:32
Songs We Love: The Revolutionary Army Of The Infant Jesus 9:32

Songs We Love: The Revolutionary Army Of The Infant Jesus

10Before The Ending Of The Day 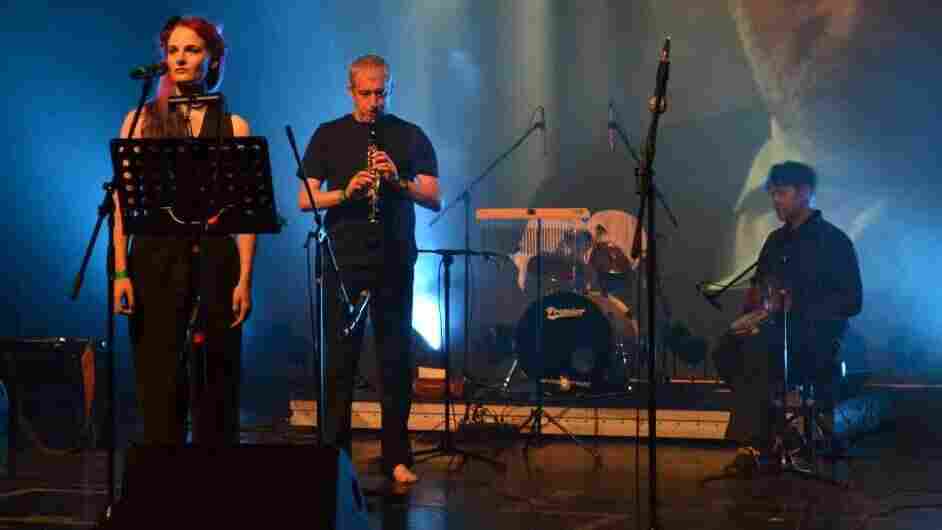 The Revolutionary Army of the Infant Jesus in a rare performance at the 2014 Wave-Gottik-Treffen festival in Leipzig, Germany. club-debil via Flickr hide caption 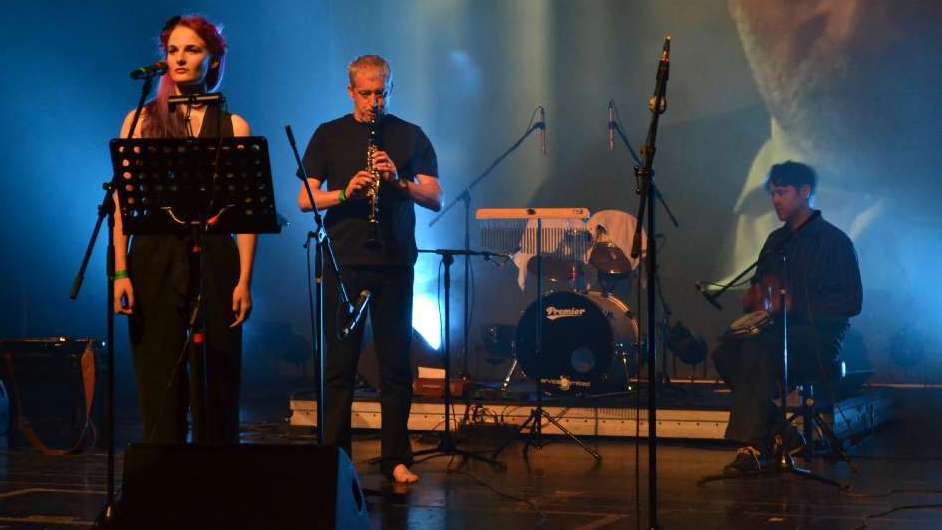 The Revolutionary Army of the Infant Jesus in a rare performance at the 2014 Wave-Gottik-Treffen festival in Leipzig, Germany.

In sacred music, there really has been nothing like The Revolutionary Army of the Infant Jesus. Once a mystery with a fluid, unknown line-up which rarely performed live, the Liverpool-based band released only two albums — The Gift of Tears (1987) and Mirror (1991) — that were unburdened by sound or doctrine. The members not only pulled from various global folk traditions, weaving these around electronic and experimental music, but also from the traditions of the Catholic, Anglican and Orthodox churches. This is worship music which atmospherically and lyrically understands that Christianity has no bounds — and, more significantly, that even the surest of faith, encompasses doubt and darkness. 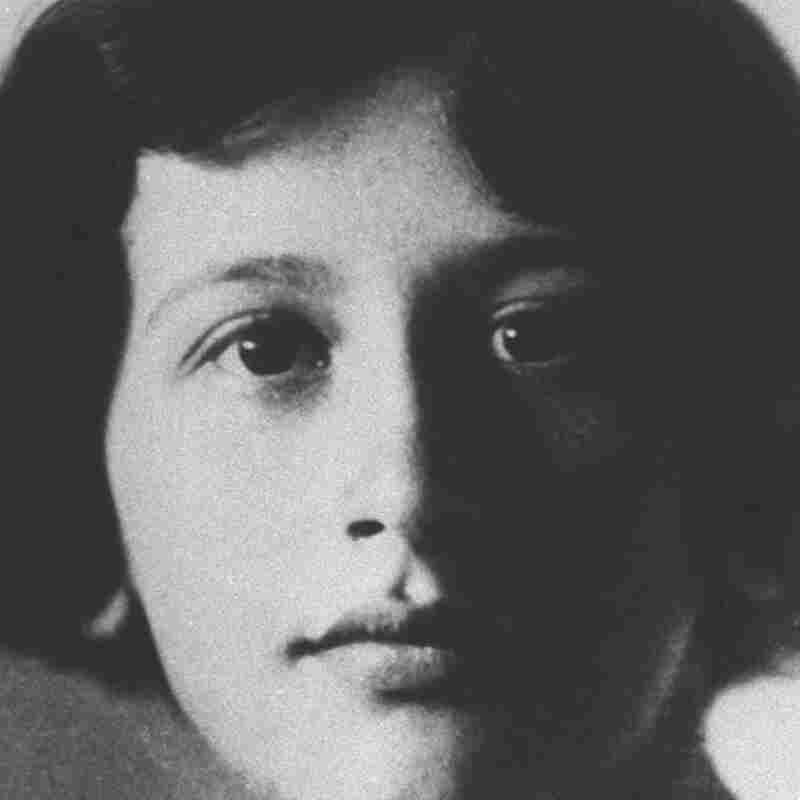 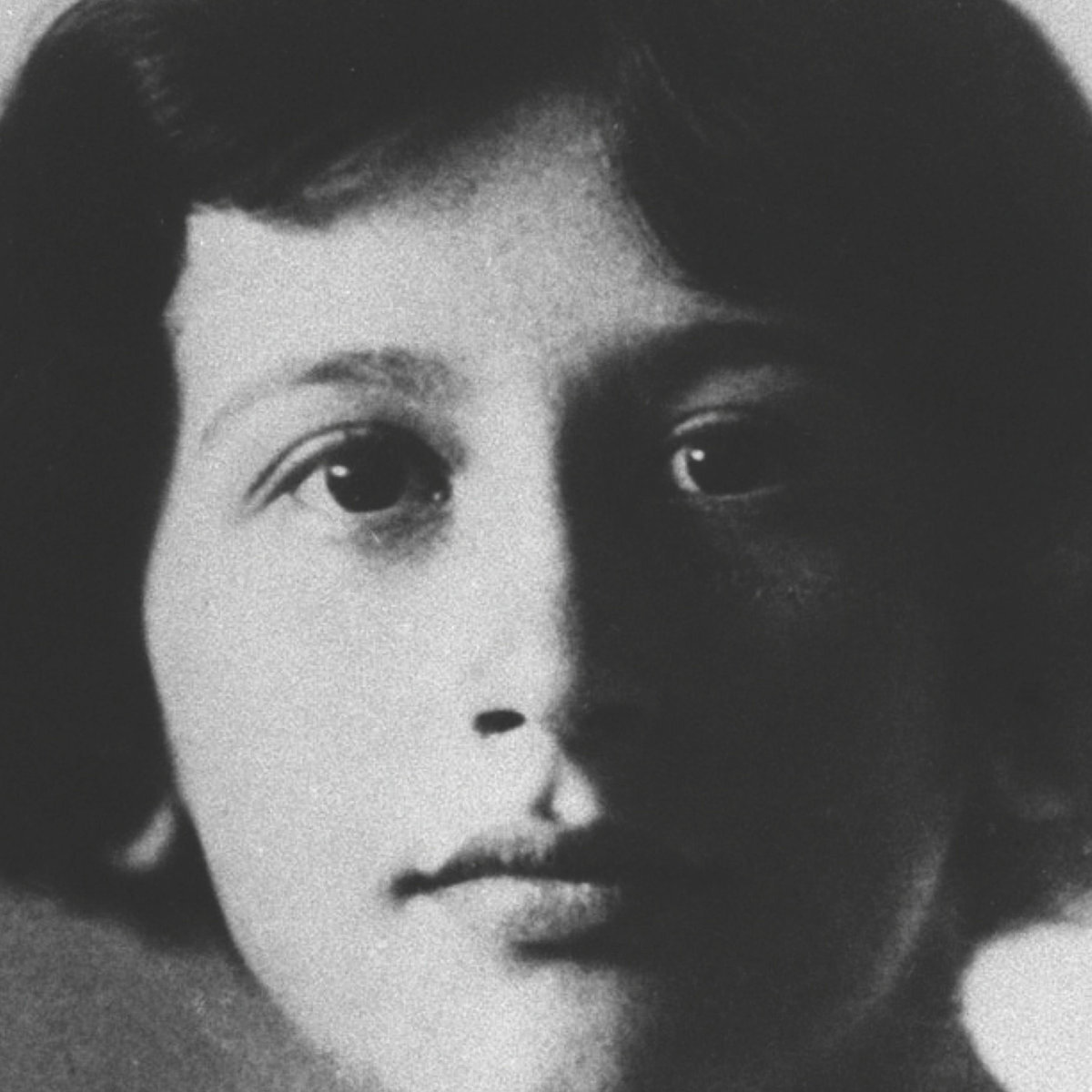 Beauty Will Save the World, the first Revolutionary Army of the Infant Jesus [RAIJ] full-length album in over two decades, not only identifies key players for the first time — Paul Boyce, Jon Egan and Leslie Hampson — but also invites new, younger collaborators to the Army. There are moments on the record that sound like if Godspeed You! Black Emperor had scored The Last Temptation of Christ, but mostly, it actively seeks and creates beauty in order to heal.

Closing the album, "Before the Ending of the Day" begins with a bell, each reverberating tone like a solemn prayer. Originally authored by St. Ambrose with translations by Anglican priest John Mason Neale and Roman Catholic advocate Robert Campbell, it is a hymn that asks the Creator to "be our guard and keeper now." In some church traditions, "Before the Ending of the Day" is sung in the final service of the day called the Compline, its name derived from Latin, meaning "completion." It's an opportunity to reflect, to give some or all that uncertainty to God, to pause the noise in life.

Before the ending of the day,
Creator of the world we pray,
That with thy wonted favour thou
Wouldst be our guard and keeper now.
From all ill dreams defend our eyes,
From nightly fears and fantasies;
Tread underfoot our ghostly foe,
That no pollution we may know.
O Father, that we ask be done,
Through Jesus Christ, thine only Son;
Who, with the Holy Ghost and thee,
Doth live and reign eternally.

This is the unquiet heart burdened with the pangs of day, swollen with sweeping cellos, droning harmonium and far-away voices that grow with desperation. The meditative repetition recalls Gavin Bryars' The Sinking of the Titanic, undulating melancholy to the point of peaceful supplication. This is soul-cleansing music guided by faith, but offered with open arms.

Members of RAIJ collectively wrote via email about their return, and how beauty is "not created, it is discovered and restored."

"Before the Ending of the Day" is such a humbling close to a powerful record. What is the story behind its creation and themes?

The piece is a setting of a 7th century liturgical prayer which is traditionally chanted during Compline which is the last of the canonical hours (daily prayers) of the Western Church. The prayer is a call for Divine protection from the dangers and perils of the night and prefaces the beginning of the "Great Silence" within monastic communities.

In an ordered, intelligible and reassuringly man-made world, where we have banished the sacred and lost contact with the ineffable and the numinous, this is a text that still has the power to invoke a sense of enveloping mystery, as well as underscoring our dependence and poverty. From the outset we knew it was the concluding piece for the album, the point at which beauty leads to the threshold of eternity and where music begins to delineate the contours of silence.

After so many years away, what does the act of making music mean now to RAIJ?

The impetus for getting back together was initially external: an invitation from the French label Infrastition to re-release our back catalogue, so there was no conscious premeditation involved. Having come together, there was a powerful sense that this was the right thing to do, and the right time to do it. There was a very clear sense of purpose, and a strong unspoken desire to create a new album, but meaning is a much more difficult thing to pin down. It's probably more accurate to describe our music as the pursuit of meaning rather than having a meaning. Truth is always elusive and we are still searching.

Faith is a thread that runs through RAIJ, from its striking name to the samples woven into the songs – it's never been something you have shied away from. Do you consider this sacred music?

We have always been concerned with the sacred or — perhaps more accurately — the loss of the sacred. We are searching for its echoes and traces which are scattered and hidden in surprising and forgotten places.

We have spoken in the past about the theology of Icons in the Eastern Church. They are fragments of a restored creation; elements of nature that have been transfigured to create images of heavenly glory. We are not claiming that our music in any way realizes this ideal, but it is an idea that has influenced us almost from the inception of RAIJ. It has been an even more explicit inspiration for this album and its title, Beauty Will Save the World, which is a quote from Dostoevsky, a writer steeped in the Orthodox tradition.

In the Western tradition, art is illustrative and beauty is an aesthetic concept whereas to the Eastern Church art is sacramental and beauty is the pursuit of divine truth, so questions about the sacred and the beautiful necessarily converge.

What role does beauty take in RAIJ's music? Are we responsible for creating the beauty that will save the world?

Sometimes it feels as though our work is less about creation and more about investigation and excavation. We borrow, gather and unearth material from different sources — not all of them obviously sacred or spiritual — but we are looking for the connecting thread and evidence of what Thomas Merton called "the hidden wholeness." Beauty is there. It is not created, it is discovered and restored.

So much of what we know of RAIJ has been cloaked in mystery, and suddenly with Beauty Will Save The World, names of the members are printed on the sleeve and there have been live performances. What led to opening up the world of RAIJ?

We never set out to be elusive and enigmatic. We were happy to allow our work to speak for itself and wanted to avoid having to explain and justify what we did. There was always a concern that explanation would inevitably diminish and trivialize. However, in retrospect, our reticence inevitably led to misapprehension and unhelpful categorization into the neo-folk genre, an association that has probably created a barrier for many people who might otherwise have listened to and enjoyed our work. We have never believed our music was obscure, difficult or experimental; it is merely hard to fit into any convenient pigeonhole.

In a similar way we were not trying to cultivate anonymity, it was just that the RAIJ was always an inclusive project. There was no definitive line-up; it was permeable, open and evolving. The collective was true identity. Now we have coalesced into a smaller and more definite entity, albeit one that is enriched by some extremely talented collaborators. What once seemed honest and appropriate would now feel a bit contrived and affected.

Beauty Will Save the World is out now on Occultation and Bandcamp.