Accessibility links
Andrew Lloyd Webber Says Music Empowers In 'School Of Rock' The composer teamed up with Julian Fellowes, creator of Downton Abbey, to create the new rock musical adaptation of the 2003 movie. 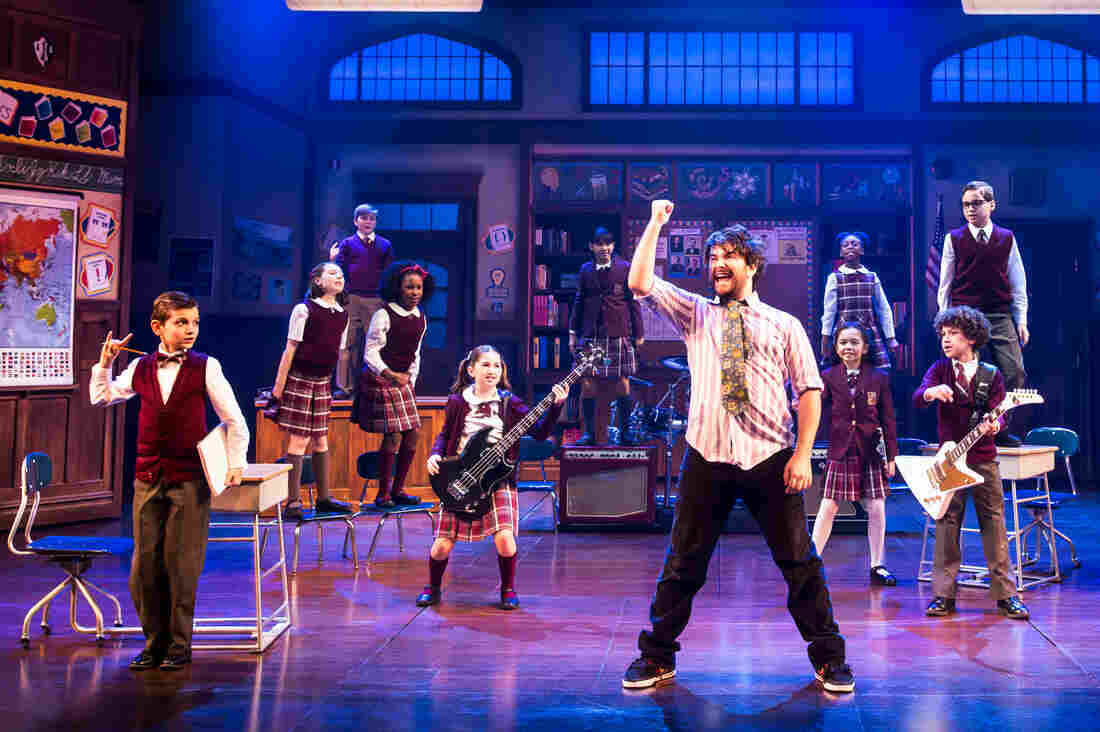 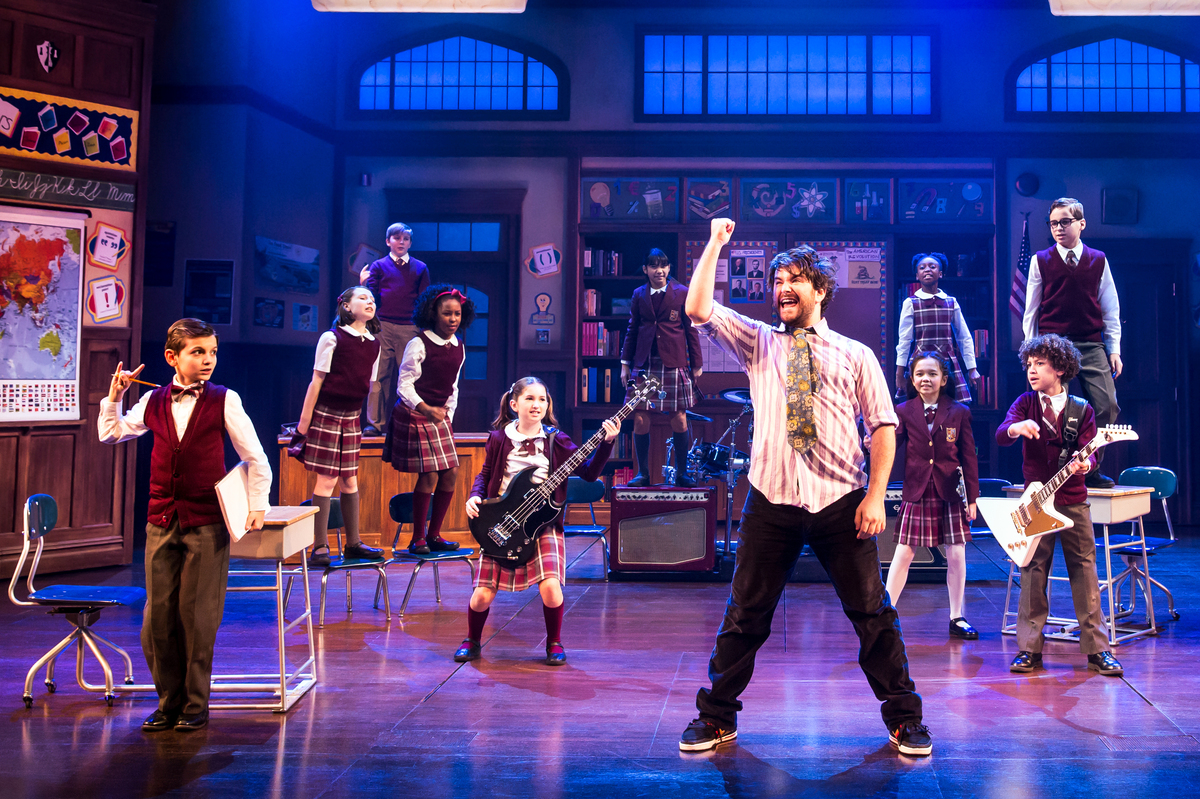 Alex Brightman stars as Dewey Finn — a rocker turned substitute teacher — in the musical adaptation of School of Rock.

Two members of the British House of Lords have written a show about a scruffy American rocker who can't pay his rent and turns a bunch of school kids into a rock 'n' roll band. Sound familiar? That's the story of School of Rock, the 2003 film that made Jack Black a star. School of Rock, the musical written by Andrew Lloyd Webber and Julian Fellowes, opened Sunday night on Broadway.

Lloyd Webber, composer of Phantom of the Opera and Cats, wrote the first successful rock opera — Jesus Christ Superstar — when he was just 22 years old. (He remembers that while they were recording Superstar, Led Zeppelin was making an album in the studio next door.) Lloyd Webber calls himself a "child of that time" and says the music of that era informs what he wrote for School of Rock.

"School of Rock is fun," he says. "Hopefully, I've fleshed it out with a few catchy songs and kept the spirit of the original movie. Hopefully, it's something that you will go to and say, 'I had a really good time,' but hopefully, you will also take out of it the central message of the story, which is a very warm and very simple one, which is about the empowering force of music."

The creative team has fleshed out the characters of the children and their relationship with their parents, says Downton Abbey creator Lord Julian Fellowes.

"I think we've defined the other children rather more than in the film, and given them a situation and given them problems," Fellowes says. "So we know, I think slightly more clearly, the effect that [Jack Black's character] Dewey is having on them and having on their lives."

These days, with such hit musicals as Annie and Matilda, seeing kids who can act and dance and sing is nothing particularly new, but seeing them actually play their instruments may be the show's biggest appeal, says Lloyd Webber.

"I mean, it's extraordinary for their age just how great they are. ..." he says. "You close your eyes and you'd say "Oh gosh, this is a band that's played together for three or four years.' You wouldn't really think that they're, you know, 10 and 11 year olds!"

Evie Dolan, 11, plays Katie, the band's bass guitarist — but that wasn't the instrument she set out to play.

"I went into the audition, auditioning with my ukulele," she says. "And then, at the next audition, they asked me to bring my bass. And I've never touched a bass or seen a bass. And my dad went to Guitar Center, I got the bass and I learned it. And I think I'm better now!"

Lloyd Webber takes kids and music seriously. He runs a foundation in England that has provided 3,000 disadvantaged schoolchildren free violins and training. And he's doing something unthinkable for a show that's just opened on Broadway. He's making School of Rock available for school groups to license and perform early next year, while the show is still running in New York.

And, Lloyd Webber adds, he plans to go to California to see the first school production next March.