Accessibility links
VA Program Helps Incarcerated Veterans Transition Back Into Society Everything fell apart for Shaun Tullar after his brother died in Afghanistan. He became homeless and eventually went to prison. A VA-run recovery program is helping him and others after their release.

When I first met Shaun Tullar, he was locked up in the Vista Detention Facility in San Diego County, Calif.

He was being held in what the jail calls the vets pod — a ring of cells for veterans to live together like a military unit. We met in a room that felt like a school classroom, but with military flags on the walls, and guards at the door.

A Pod Of Their Own: Washington State Prison Keeps Veterans Together (via KUOW.org) 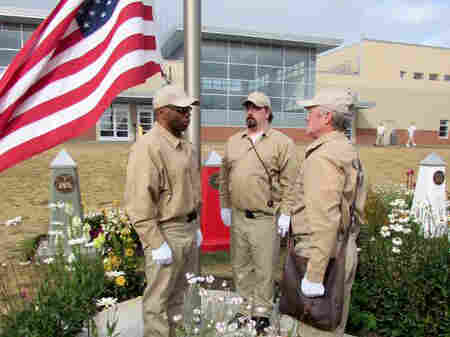 Member station KUOW's Patricia Murphy — as part of NPR's Back at Base project — reports on a program at a Washington state prison where incarcerated veterans live together in the same units. Read the story at KUOW.org. Patricia Murphy/KUOW hide caption

Substance abuse landed him here. He says he was "self-medicating" and "made some irresponsible choices."

He had struggled with drugs and alcohol before entering the Marines, and was sober during a seven-month tour in Helmand province in Afghanistan. But he began drinking again after returning to Camp Pendleton in Oceanside, Calif.

A little later — just as he left the Marines after a four-year tour — everything fell apart.

"One week after I got out, my brother's helicopter went down in Afghanistan. We joined the same day. ... I got a phone call from my sister, found out my brother had died in Afghanistan," Tullar says. "He was on a CH-53, as a crew chief. ... Everyone on the helicopter was killed. And that, I relapsed at that point. And I was not strong in my recovery at that point, and I made some poor decisions."

Those decisions led Tullar to several brushes with the law and eventually left him homeless.

He's like a lot of veterans who landed in prison or jail. They have higher rates of substance abuse — and mental illness — than non-incarcerated veterans. And the Department of Veterans Affairs is looking for a new way to reach them.

"We've got the tools that can help these veterans get back on track. It's just a matter of helping make sure they're linked to the right services as early as possible and that they have the supports they need," says Sean Clark, national coordinator for Veteran Justice Outreach at the VA.

The idea is to catch these vets before they are released.

"What we're trying to do is ensure that when veterans do have contact with the criminal justice system, that there are effectively off-ramps into needed treatment," Clark says.

That's why each VA medical center in the U.S. has at least one person who has to reach out to vets behind bars.

The VA's not everywhere — but it does have access to nearly half the jails and prisons around the country.

When Tullar walked out of jail in September, Joy Villa Vicencio, a veterans justice specialist with the VA, was waiting for him. 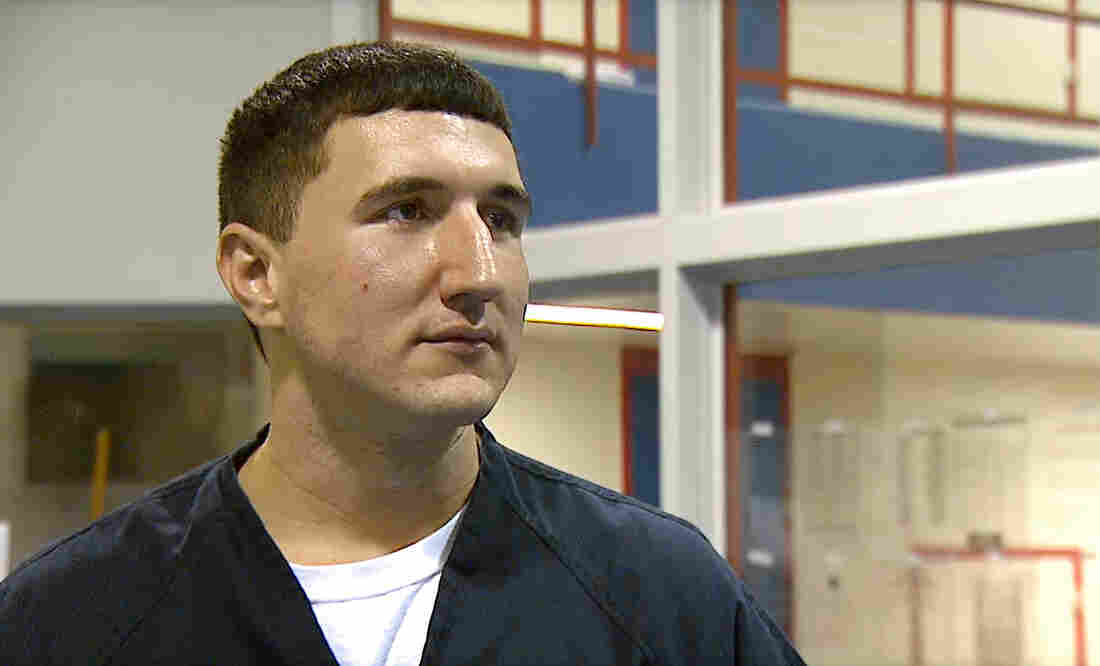 Shaun Tullar at the Vista Detention Facility in San Diego County, Calif., before he was released into a treatment center. Courtesy of KPBS hide caption 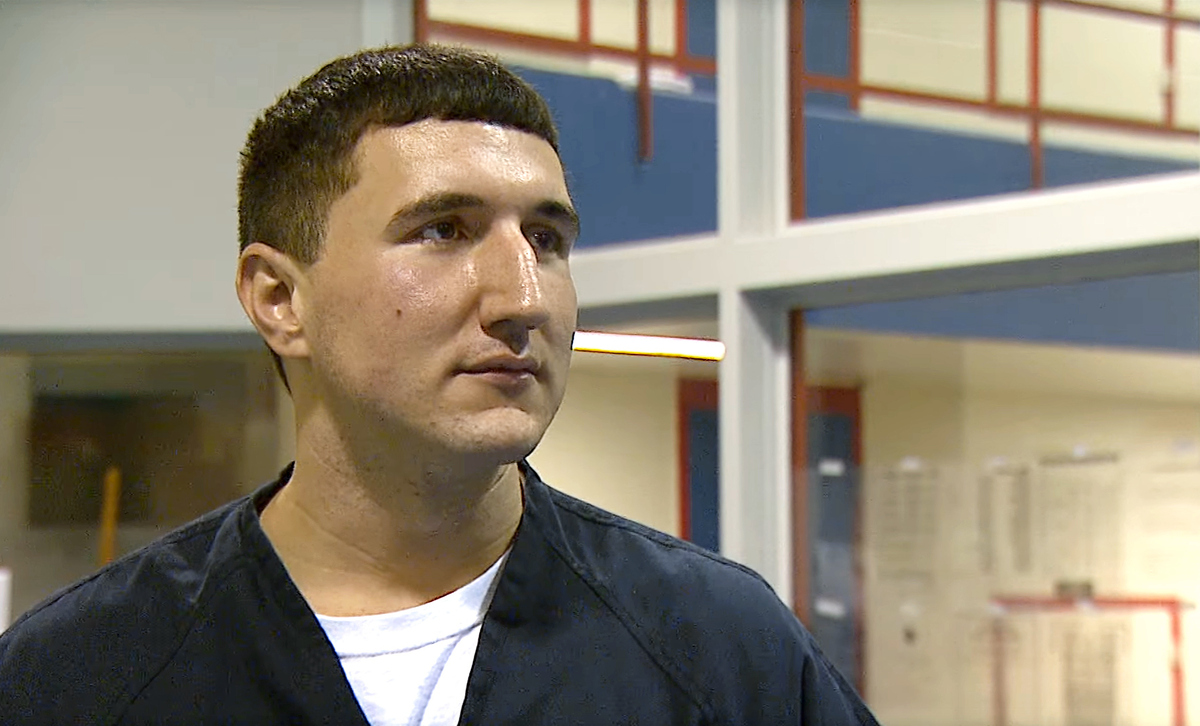 Shaun Tullar at the Vista Detention Facility in San Diego County, Calif., before he was released into a treatment center.

"And that arrangement was made beforehand, so there's a lot of moving parts to get someone out of custody into my care, basically, and then taken to wherever they need to go," she says.

In Tullar's case, that meant going straight into a 28-day inpatient treatment program run by the VA at Veterans Village in San Diego.

He's scheduled to live there for the next year. On top of drug treatment, he'll also be treated for post-traumatic stress disorder. Eventually, there's job training.

"I don't feel like this is a low point at all, actually. This is one of the first times since I was 15 years old that I've actually been sober on my birthday," Tullar, who just turned 30, says.

Despite his progress, Tullar hadn't told his sister in Florida that he'd been in jail the past few months.

"I don't want to worry her at this point," he says. "I'm doing really well. I don't want to tell her that I went to jail to come back to the realization that I needed to get my life together, but it's true."

The VA doesn't have programs like Veterans Village everywhere in the country. And the VA hasn't done enough research to discover whether this type of outreach actually keeps veterans from ending up back in prison. Tullar thinks that it will. And it's been a smoother adjustment to civilian life than when he first left the military.

A previous Web version of this story did not make clear that while the 28-day inpatient program Tullar went to was run by the VA, Veterans Village is an independent organization that receives money from the VA for certain programs.