Accessibility links
In 'Drawing Blood,' A Life Of Art And Action Artist Molly Crabapple's lavishly illustrated memoir chronicles her youth in New York and her work illustrating the Occupy Wall Street movement, protests in Greece and everyday life in Syria. 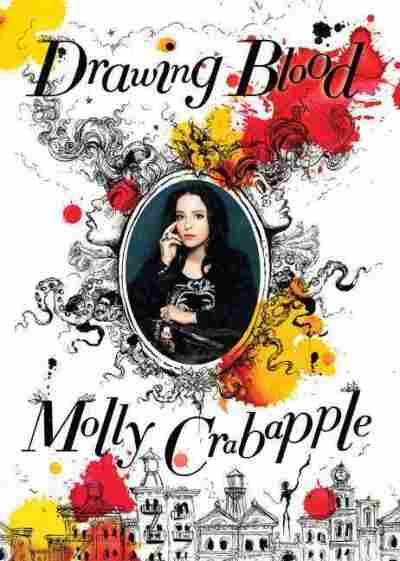 For Molly Crabapple, art is a tool for action.

She has illustrated court proceedings at Guantanamo and documented the war in Syria with her pen and paper. Her work has been featured in Vanity Fair and The New York Times, and she's a columnist for Vice.

In her new memoir, Drawing Blood, she describes growing up in New York City and working her way through art school as a "naked girl for hire," as she puts it, posing for art classes and acting in music videos.

She says she wanted to understand what it's like to be the object, not the subject.

"I think that if you really want to know your field, you have to know both sides. You have to know the side that isn't presumed to have a voice even though everyone in the world comes equipped with a voice," she tells NPR's Kelly McEvers.

Crabapple's career as a political artist took off in 2007 at a place called The Box, a nightclub in New York where she drew burlesque performers who entertained wealthy bankers. Her work got more political when the Occupy Wall Street movement started in 2011, a few blocks from her apartment.

On her involvement with Occupy Wall Street

I had been going to protests for a long time. My dad is a professor and he's Marxist, but for a long time I felt like going to protests was the same as — you know, when people go to church but they don't really believe in God? But they think, oh, better just hedge my bets. I don't necessarily think this is going to do any good, but I really ought to do it anyway. It's the right thing to do. And I went to the first day of Occupy, and then I went away for a few days, and when I came back, it had formed into a mini-city, with like a kitchen and a library and a place that gave out free clothing, and they had veterinarians, and the infrastructure of it was amazing. And that was the first thing that hit me. And the second thing was, this is for everyone — it was the first time where I felt like, this was a political space that I could stand in.

Greece was this mixture of documenting everything that was in front of me, like drawing from life, drawing from photos, doing mashups in between the two, and it was like trying to seize the most succinct and important visual metaphors that I saw in front of me — and yeah, that was one of the first times that I started drawing the present, which was so visceral in front of me.

On working with photographs from ISIS-controlled areas of Syria

It was a way both of getting around ISIS' censorship of that, but also, I wanted to do something that got beyond the numbness that a lot of people feel with imagery coming out of the Syrian war, and where I used all of my skill and all of my own craft as an artist to show that these things were really, really important.

I think that school just isn't for everyone. A lot of people don't learn well when they have to sit in a place for eight hours. A lot of people learn best lying in their own beds, teaching themselves from books. And I was a bad student, I was a brat — if I was a teacher, I would not have liked myself — but this hammering kids to fit into this system is horrific. It leads to a lot of kids being either medicalized or criminalized, and I think the message I would have to kids is just like, survive it. And then, once you're out of childhood, I mean, you're just so much freer.