Accessibility links
StoryCorps: At The Root Of It All, A Little Girl's 'Grandmapal' Left Her Lifelong Love More than a grandmother, more, even, than a mentor, Doris Louise Rolison was Chloe Longfellow's best friend growing up. Their love remains inscribed with beet stains in their favorite cookbook. 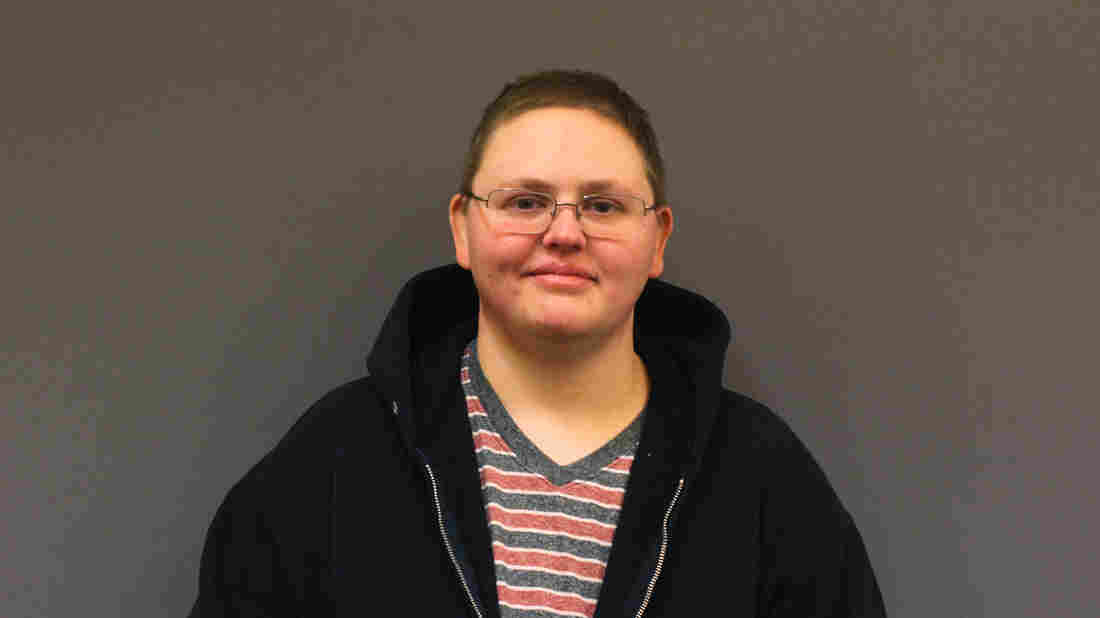 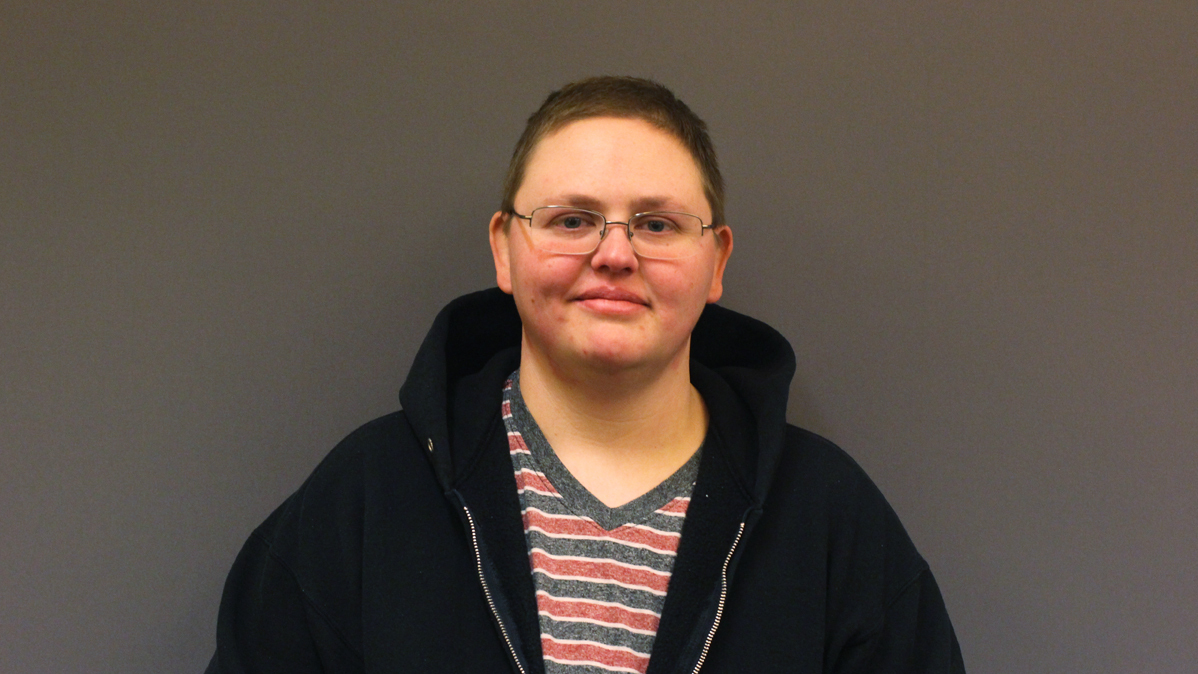 Chloe Longfellow, 32, on a recent visit with StoryCorps.

"She had red hair — it was red hair out of a bottle, but it was still red hair. And she was a spitfire," Chloe Longfellow begins. "If you messed with her and she didn't think it was right, she would tell you."

Longfellow is speaking here of her grandmother, Doris Louise Rolison, on a recent visit to StoryCorps. When Longfellow was just a child, her father died and her mother took up multiple jobs in order to support the family. That left Longfellow with a lot of time to spend at her grandparents' house in Arizona.

No wonder, then, that Longellow grew close with her grandmother — so close, in fact, she'd call her by the nickname "grandmapal."

And more: Rolison was a mentor, too. "It's really surprising the amount of life lessons you can learn in a kitchen if you have the right teacher," Longfellow says.

In the kitchen, ingredients weren't simply fodder for the next recipe; they were also visual aids for Rolison's words of wisdom. Once, looking on all that was about to go into a soup they were making, Rolison paused and explained something to her granddaughter.

Once, after picking some beets her grandmother had grown, little Longfellow reached out and turned the page on the cookbook. Trouble was, Longfellow's fingers were wet with beet juice — and they left a little handprint behind on the book once she'd turned the page. 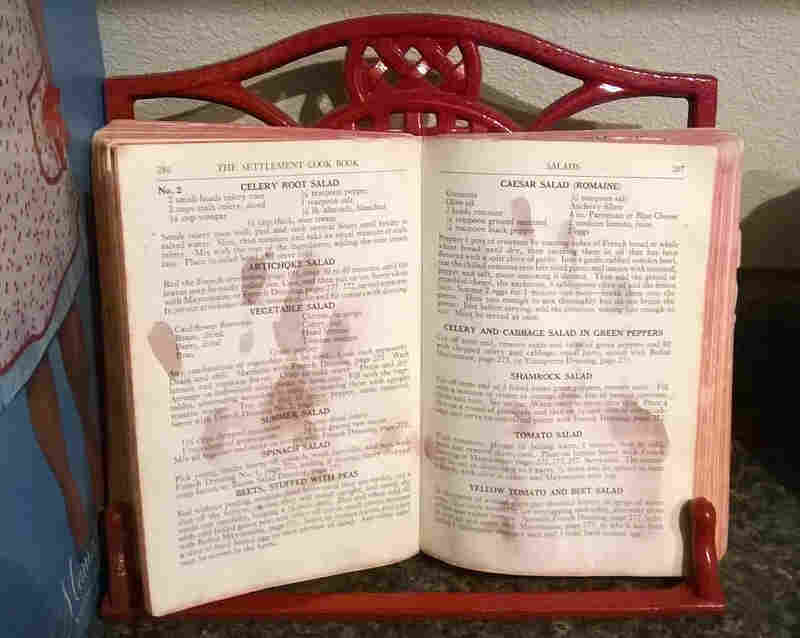 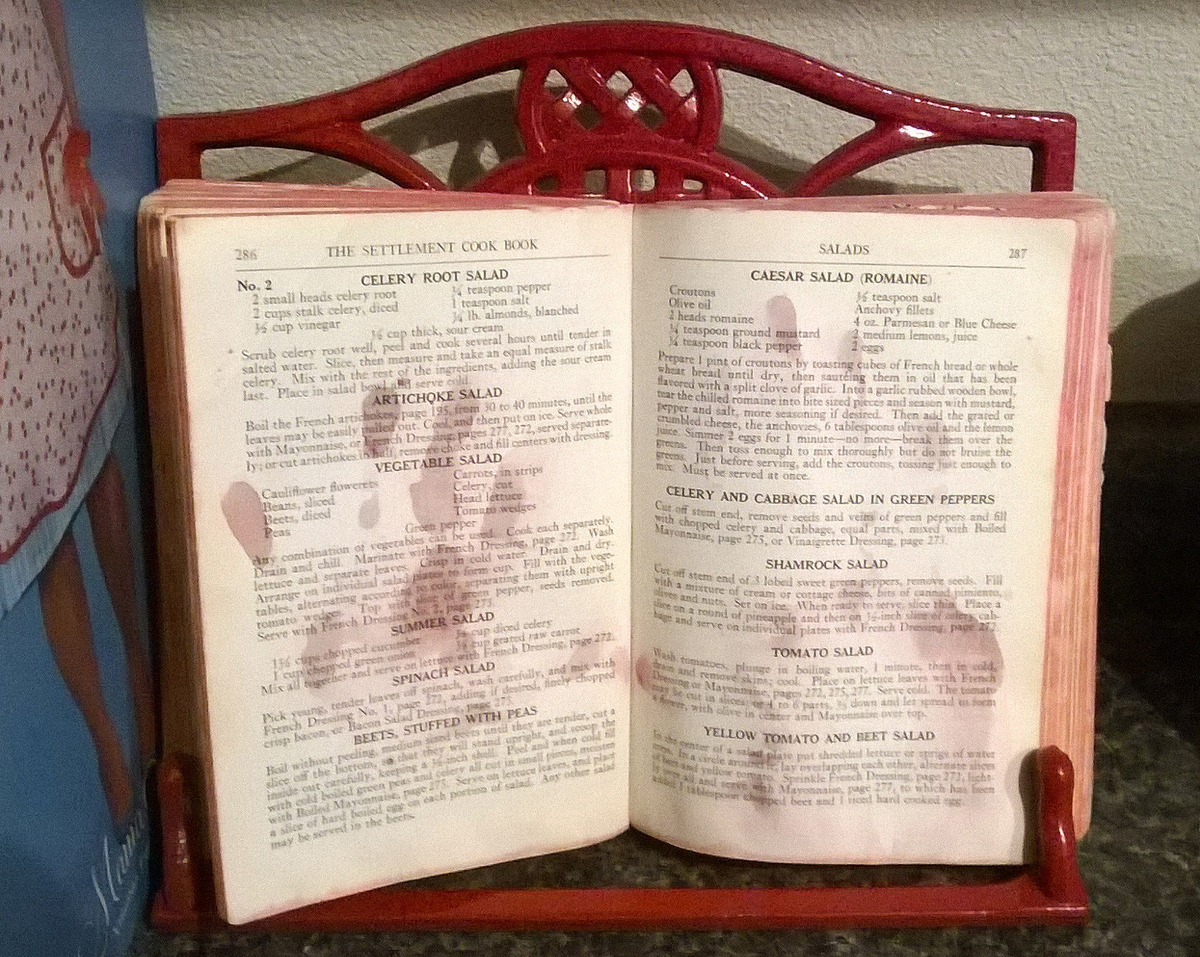 The cookbook, featuring those handprints left in beet juice.

"I started to cry because I thought I had ruined it. That was grandma's favorite book," Longfellow recalls.

"But she took a piece of beet and she covered her hand. She put her handprint on the other side and made our thumbs touch in the print — and she said, 'It's perfect now.' "

Rolison died in 1988, when Longfellow was just 5 years old. These days, Longfellow says that when she misses her grandmother she can just open up that cookbook to the same page. It still smells like her, Longfellow says, "even all these years later."

"She used to tell me that the sky was black velvet and the stars were holes that had been punched in the ceiling of heaven. And that was how our loved ones looked down at us and saw if we were doing wrong, or if we were doing right, or just check in on us every so often," Longfellow says.

"So every time I look up at the sky, she's there."