Accessibility links
Post-Bankruptcy, A Booming Detroit Is Still Fragile It's been one year since the city of Detroit exited the largest municipal bankruptcy in U.S. history. New development is erupting downtown, but the city is still walking a financial tightrope. 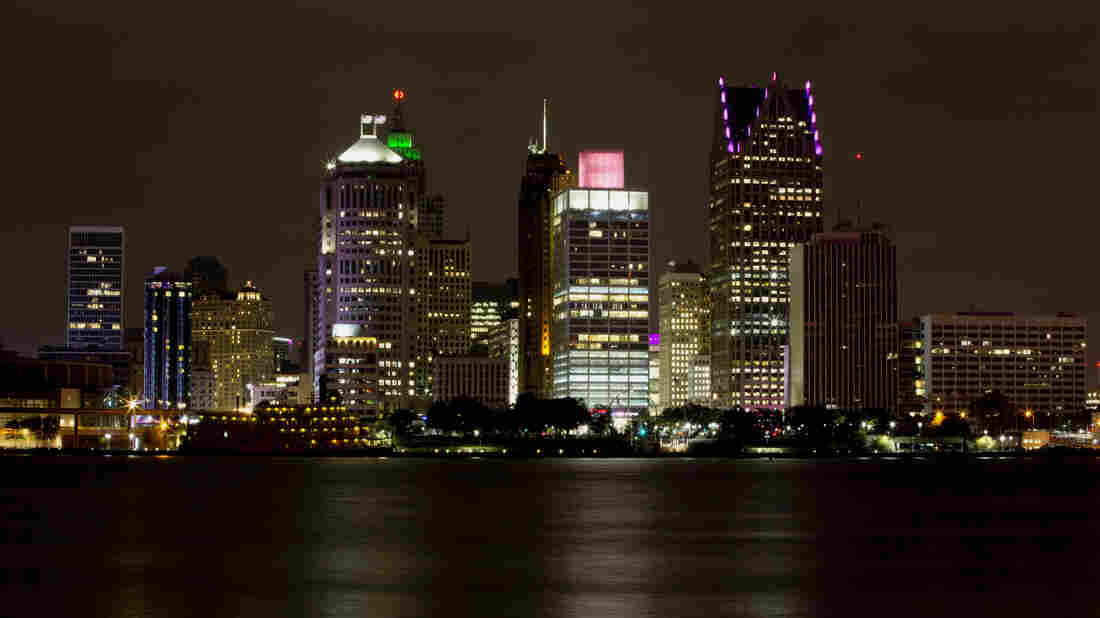 Detroit, after having billions of dollars of debt erased through bankruptcy, has emerged with a razor-thin financial cushion. Laura McDermott/Bloomberg via Getty Images hide caption 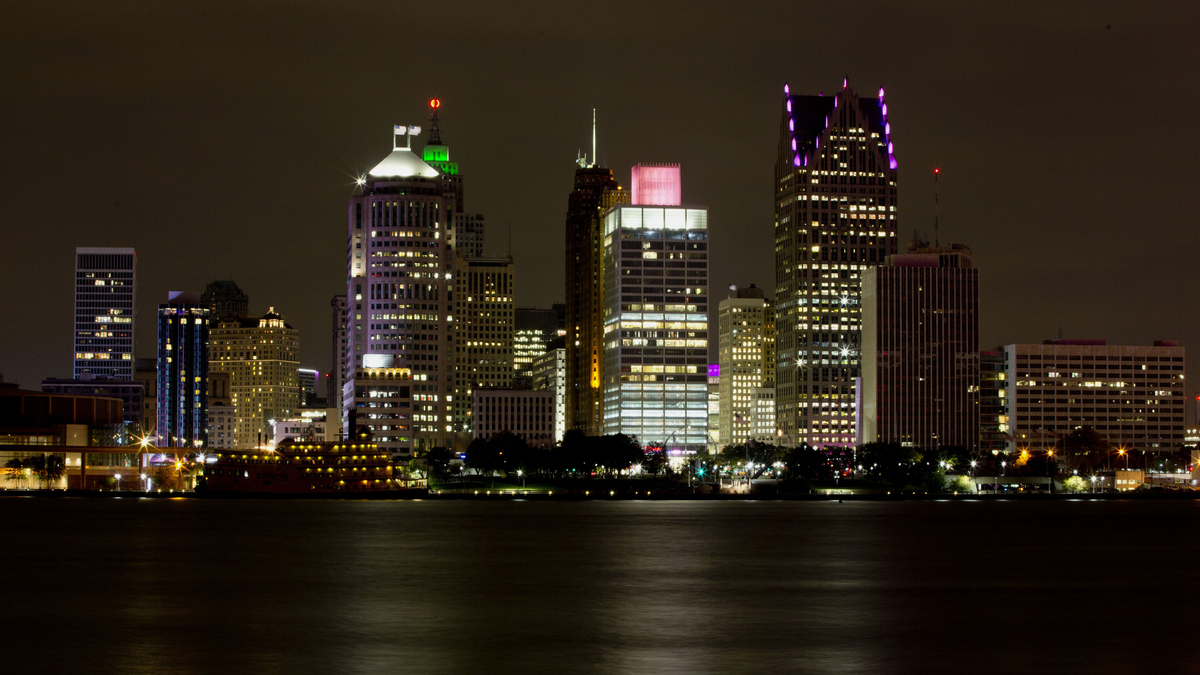 Detroit, after having billions of dollars of debt erased through bankruptcy, has emerged with a razor-thin financial cushion.

It's been a year since Detroit emerged from the nation's largest-ever municipal bankruptcy. The city has made strides in improving services, is enjoying a construction boom and, unencumbered by the billions of dollars of debt erased through bankruptcy, just gave the underpaid police force a raise before their contract is up.

"I want to get the bankruptcy behind us. We have to move this forward. It's no longer the Motor City like it used to be. It's no longer Motown. But we can write a new history," said Mark Young, head of one of the city's police unions, at a recent news conference about the police force raise.

Detroit emerged from bankruptcy with a razor-thin financial cushion, where even being a few million dollars off in its billion-dollar general fund budget could trigger another fiscal collapse. Detroit Mayor Mike Duggan says even with the state having final say, the city is still making substantial progress.

"We have almost 90 percent of the lights in this city replaced. We have a full contingent of buses and the ambulances are arriving within eight or nine minutes, which is the national standard."

But some financial analysts say Detroit's bankruptcy has made the national bond markets leery of loaning money to any municipality.

Stephen Spencer represented Detroit's major bondholders. He testified at a recent U.S. Senate hearing that the bankruptcy court allowed Detroit to pay far more of what it owed to city retirees than to bondholders.

"Detroit wasn't a bankruptcy. It was a stick up," Spencer said.

Yet even those who Spencer claims received preferential treatment say they don't feel favored at all.

Some city retirees lost a portion of their monthly pension payments, all the savings the city had invested for them and their health care benefits. Now retirees like Sheila Baker say they're paying five times more for health insurance while the city's downtown is booming with new construction.

"All of a sudden you got money in your pocket? They knew what they were doing," she says. "You know, it's all just a racket — literally — and they waited till we were older to do this to us? It is just unbelievable to me." 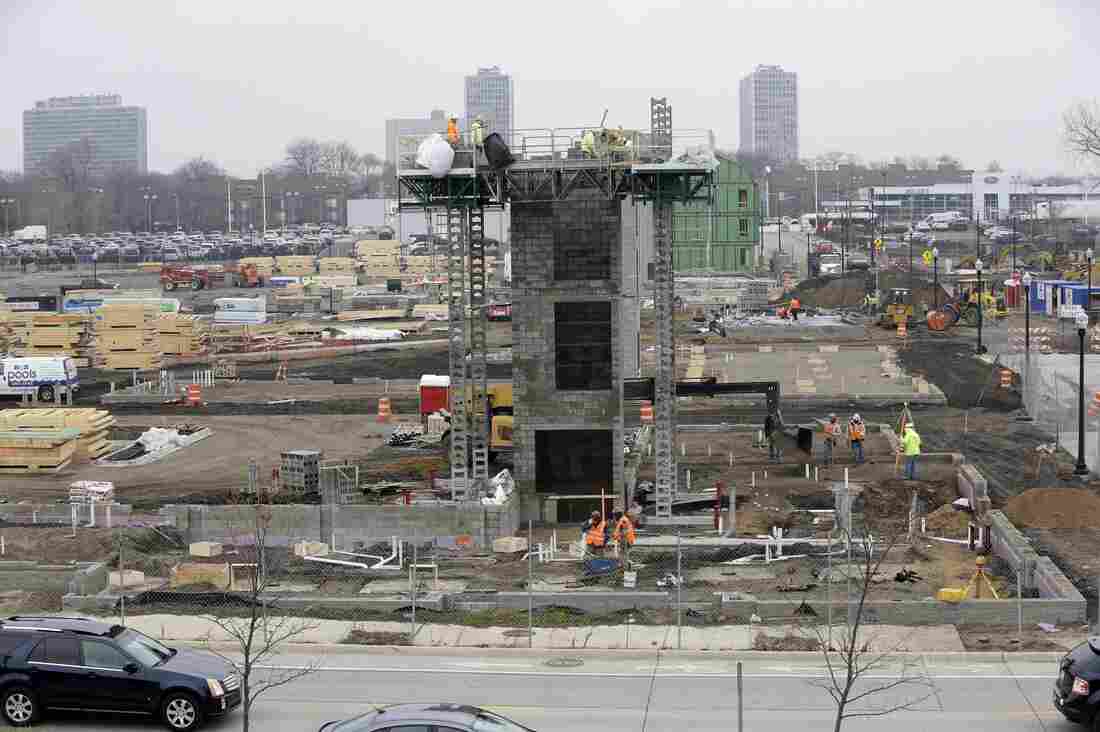 Construction continues on Orleans Landing, a housing development along the Detroit riverfront. A year after its exit from bankruptcy, new development is booming downtown. Carlos Osorio/AP hide caption 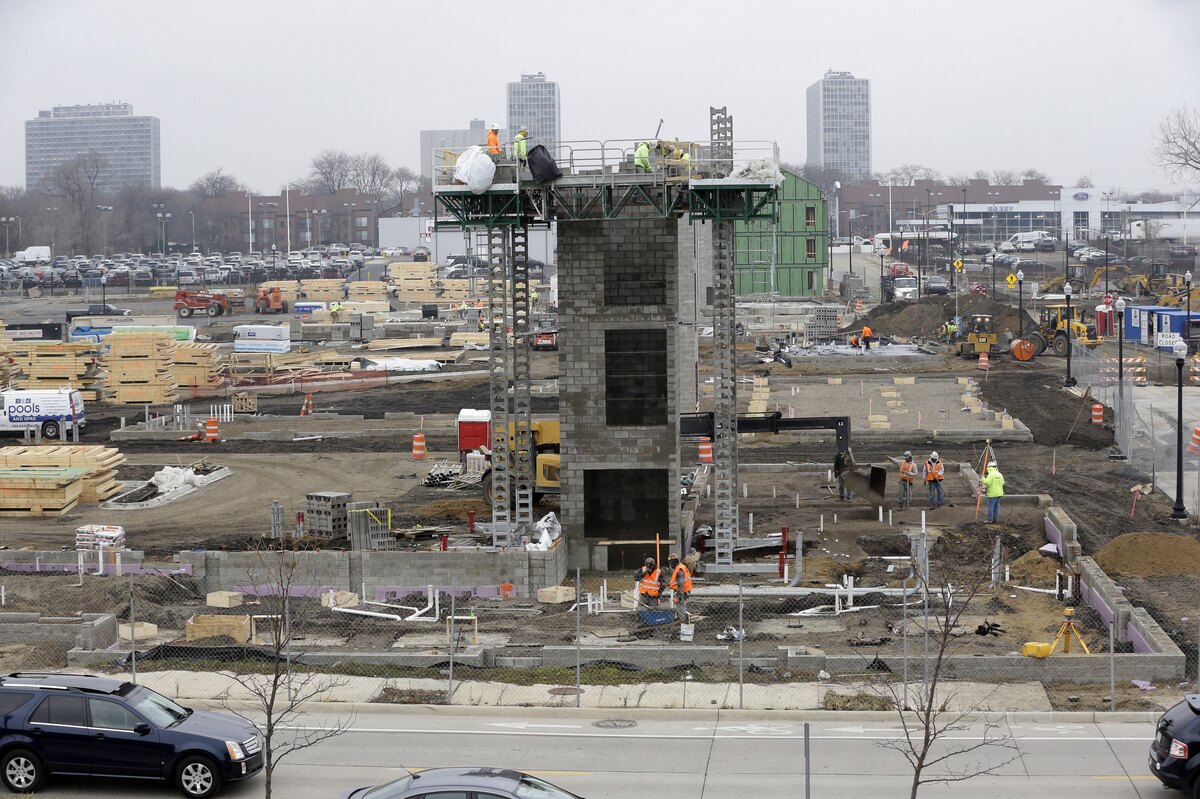 Construction continues on Orleans Landing, a housing development along the Detroit riverfront. A year after its exit from bankruptcy, new development is booming downtown.

Trying to walk through a maze of construction at a downtown park, Detroiter Paul Garrison calls the efforts a godsend.

"Bankruptcy, in my perspective and opinion, was 10 years overdue. But fortunately it did finally take place," he says, "and so the money the city is bringing in will not have to all go to debt."

But only a few blocks away, at Detroit's major transit center, bus rider James Jordan says he's yet to see the new development touch the city's outer-lying neighborhoods.

"OK, they're opening a Nike shop. But you never hear about a new housing development or a new grocery store being built in the heart of the neighborhood."

For their part, business leaders say Detroit cannot survive by becoming, in essence, two cities: one of haves and one of have nots.

Detroit-based businessman and auto racing legend Roger Penske is helping redevelop the city's downtown. He says Detroit's success depends on making it a city people want to live in.

"I'm gonna be sure it's not two cities," Penske says.

City officials are tearing down tens of thousands of blighted buildings and offering cut-rate prices to those who will move in and fix up salvageable homes. But Detroit still needs more jobs and a better school system.