Accessibility links
Monty Python Meets Ocean's 11 In 'The Relic Master' Christopher Buckley's new novel is the story of a 16th-century relic hunter and his buddy Albrecht Dürer, who end up in trouble after trying to forge a holy shroud to sell to an unsuspecting nobleman. 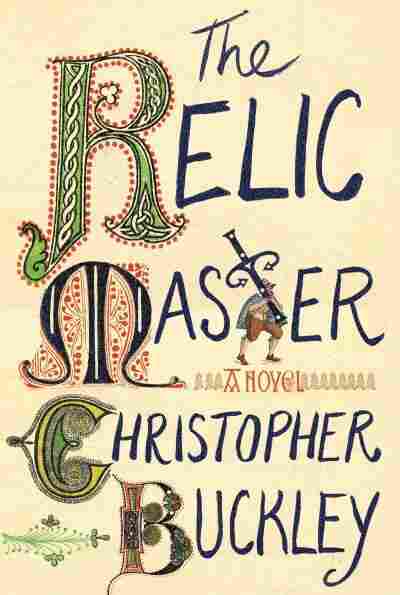 Christopher Buckley's new novel is a historical heist caper, the story of a scam: An attempt to counterfeit the Shroud of Turin, believed by some to be the burial shroud of Jesus of Nazareth. As Jesus himself never said, "Talk about chutzpah!"

The 16th-century Holy Roman schemers include Dismas, a former mercenary who now deals in religious relics, from foreskins to fingerbones, and Albrecht Dürer, the real life artist and engraver. It's a road story, of a kind, that brings the duo to into contact with brothels, damsels, foreplay and swordplay.

Buckley, who has written previous bestselling satires including Thank You for Smoking, and the memoir Losing Mum and Pup, tells NPR's Scott Simon that he got the idea while researching a magazine article on the media's infatuation with lists. "I stumbled across this — to me — arresting factoid that there was someone named Frederick of Saxony, who lived in the early 16th century, and he had a collection of holy relics. This collection of holy relics numbered 19,013. The second thing I found out was that Frederick of Saxony was Martin Luther's employer, and it sort of took off from there," he says. "It was the relic collection, as I looked into that, it had marvelous things. A strand from Jesus' beard. A piece of straw from the holy manger — I'm not making this up — a vial of the Virgin Mary's breast milk, these were some of the item sin this collection."

On the trade in stolen relics and the idea of "translation"

There was such a trade in stolen relics at the time that the thumb bone of St. Anne, that had for a century been in the, you know, church of St. Euthanasius in Liré, France, suddenly shows up in the church of St. Athanasius in Normandy, that the Church had to sort of come up with a doctrine to legitimize or justify all this thieving. So they called, if a relic was stolen — or, should we say, suddenly showed up elsewhere — it had been translated. "Translatium," in the Latin. And you know, there was sort of a sub-theology of relics, for instance, how would you tell if a relic was genuine, right? Well, one of the tests was the smell test: If a relic was geniune, it gave off a fragrant aroma. I would not like to have been a relic inspector in the 16th century.

On Donald Trump (since it's Christopher Buckley, we had to ask)

If belief in a bone leads you to pray, to be a better person — how quickly I descend into truism — where is the harm?

I think he is not a serious person. I think he is a destructive force. I think he is a perfect picture of the ugly American, to be honest, and does no good to anuytything. My father, who was a rather well-known debater, I remember him telling me years ago, he said, never fence with an amateur, they'll kill you every time. And I've been thinking about that when I watch the debates ... and whatever your opinions of Cruz, Rubio, Kasich, Carly Fiorina, whatever you think of their issues, these are at least serious people. And then you have this 800lb orange haired gorilla in the room, and I see more and more the wisdom of what my father said, you know, the gorilla will not play by the rules.

Frederick, he had 19,000 of these things, he had, you know, everything. Frederick was called Frederick the Wise, he was a very learned man, and you think well, how could he have really thought this was a strand of Jesus' hair or a piece of straw? And the answer is, I suspect he didn't, in his heart of hearts. But the overriding theology, if you will was, I think he thought that if relics make people more pious, where is the harm? I'm attracted to that notion. If belief in a bone leads you to pray, to be a better person — how quickly I descend into truism — where is the harm?