Accessibility links
Trump Was Once Obama's Punch Line — But Almost No One Is Laughing Now In 2011, Obama joked that Trump, who was hot on the trail of Obama's birth certificate, was a conspiracy theorist waiting to reveal the fake moon landing, and recently that Trump was "Here. Still." 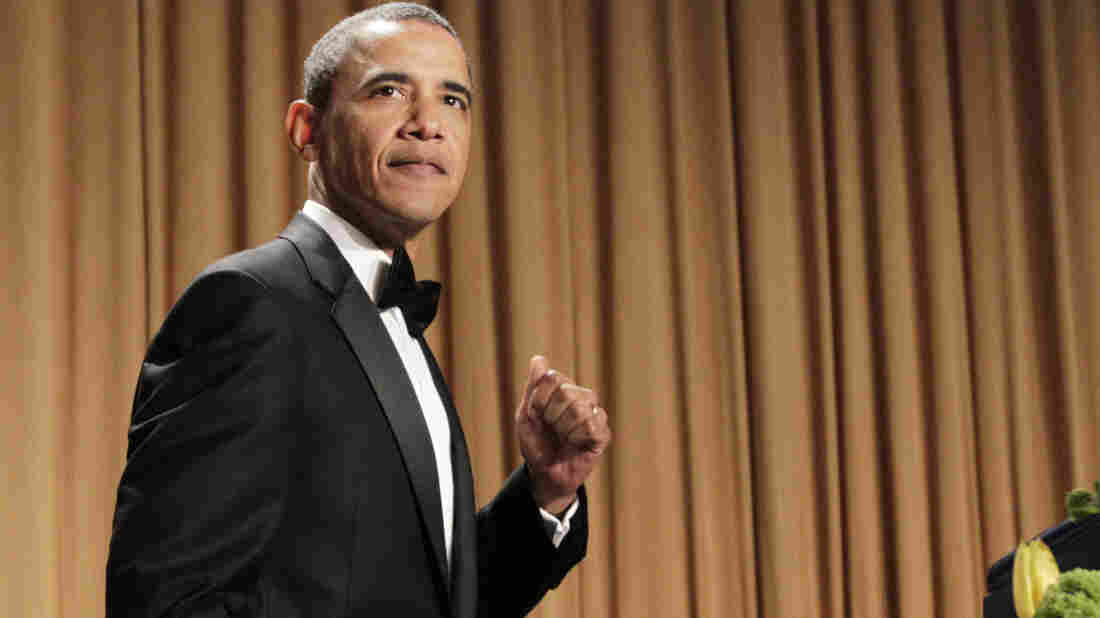 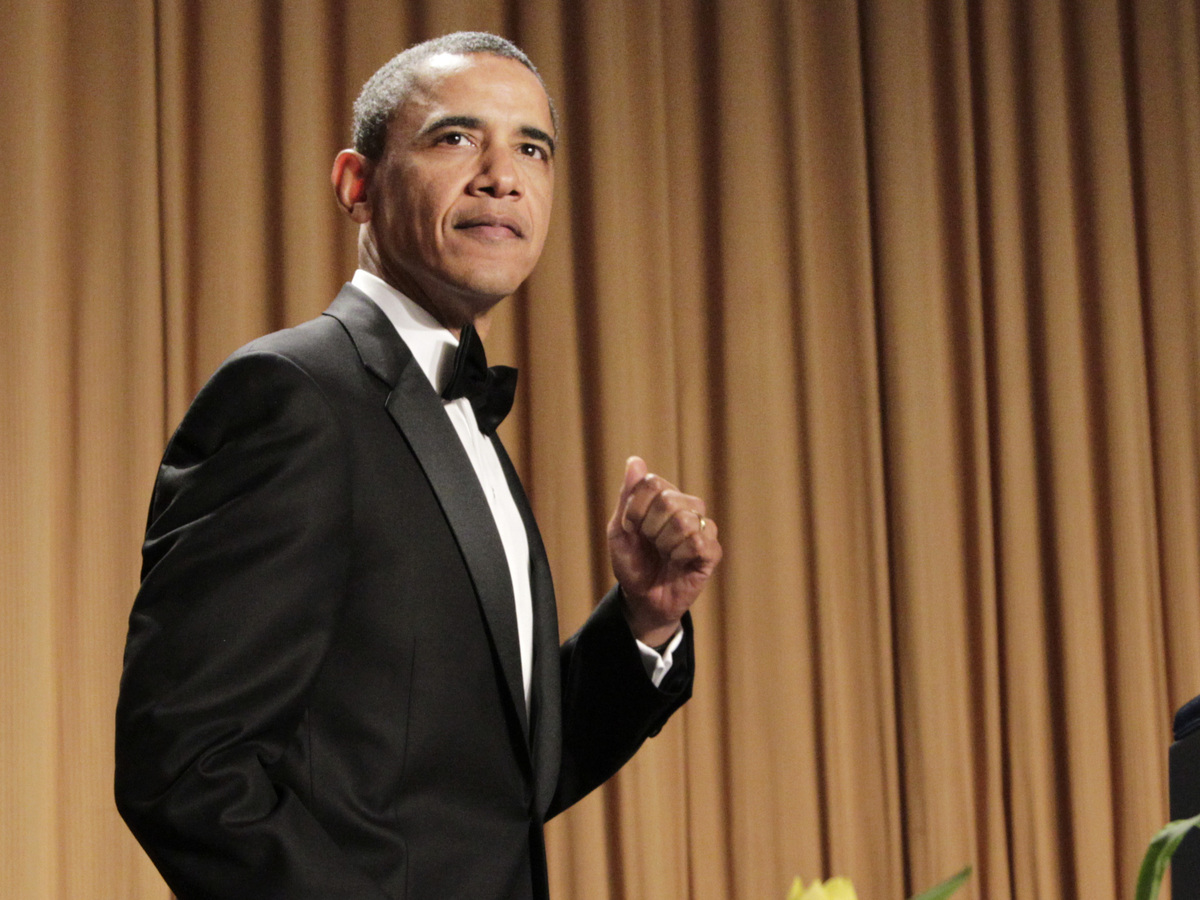 Twice in those bow-tied comedy dinner routines before a crowd of journalists, President Obama lambasted Donald Trump. He joked in 2011 that Trump, who was hot on the trail of Obama's birth certificate, was a conspiracy theorist waiting to reveal the fake moon landing, then roasted him for making the hard decisions — like firing Gary Busey instead of Lil' Jon or Meatloaf on Celebrity Apprentice.

Just eight months ago, Obama joked that Trump was "here. Still." That got big laughs.

But it's Trump's supporters who are laughing now. That's because Trump has stuck around a lot longer than anyone thought. He's consistently led the GOP field for five straight months.

And just when it looked like some of the helium might be coming out of the Trump balloon, the Paris attacks happened. He said he would "bomb the s*** out of them," and instead of declining for being unserious, he rose, because he was channeling Republicans' fears and talking with conviction.

Then this week, he took it a step farther. Responding to President Obama's Oval Office address about what the U.S. is doing about ISIS, following Paris and a homegrown attack in California, Trump said the president was taking small steps. Trump proposed something big — he called for a ban on all Muslims from entering the U.S. (temporarily).

It gave his party fits. Nearly every establishment leader condemned his proposal, and yet, it only hardened support for him.

By now, none of this should be all that surprising. Back in August, NPR's Jessica Taylor noted that Trump's support was broad with core GOP constituencies. Yes, his lead was higher among those without college degrees, but only slightly. And this week, NPR's Danielle Kurtzleben pointed out that polarization and distrust — of government, of the media — are also likely fueling his rise. NPR's Mara Liasson, who listened in on the intensity of support of more than two dozen Trump supporters, showed how he's broken through with them, earned their trust and why that should have Republicans very worried.

And the party is just that. The Republican National Committee is already planning for a potential floor fight at the convention — and even the possibility of a Trump nomination (among other candidates).

Rules are made to be rewritten

The possibility of a floor fight, or contested convention is made more likely by how the party rewrote its rules, ironically, to help a front-runner — and prevent the possibility of an insurgent candidate, like Ron Paul (remember him?).

Paul's band of activists gamed the primary process in several caucus states. They were so good at it, they took over the Iowa Republican Party — even though former Pennsylvania Sen. Rick Santorum won the vote on caucus day.

To prevent that kind of gamesmanship, the party voted to make Iowa's and other early states' delegates (through March 15) proportionally bound to the candidate. In other words, if a state has 10 delegates, and Candidate X, let's call him Trump, wins 60 percent of the vote, Trump gets six delegates.

The party also made it required that a candidate in 2016 win the vote in at least eight states to become the nominee — again, because of Ron Paul, who proved adept at winning over those unbound delegates even in states he lost. (The RNC rules committee could amend this before the convention depending on how the race plays out — raise the requirement if there's a clear winner, lower it if no candidate won enough, which is possible in a field this large.)

The possibility of a brokered or contested convention 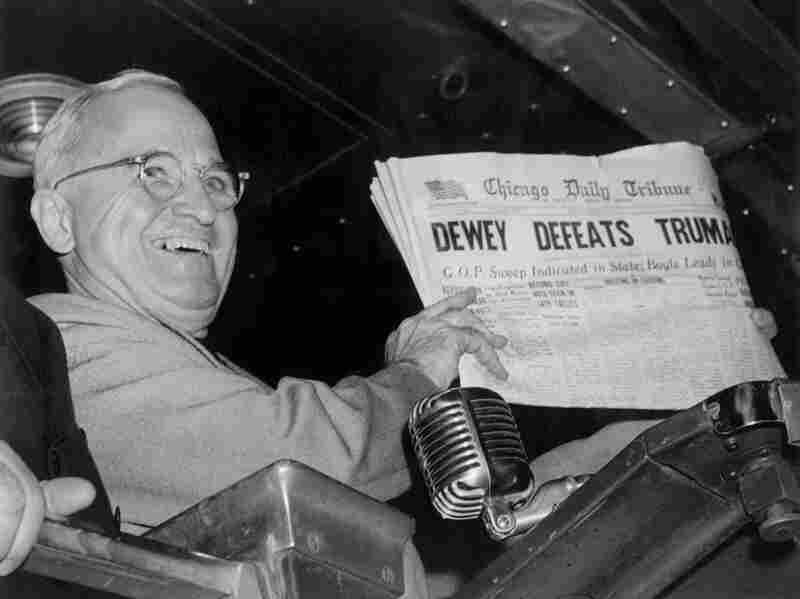 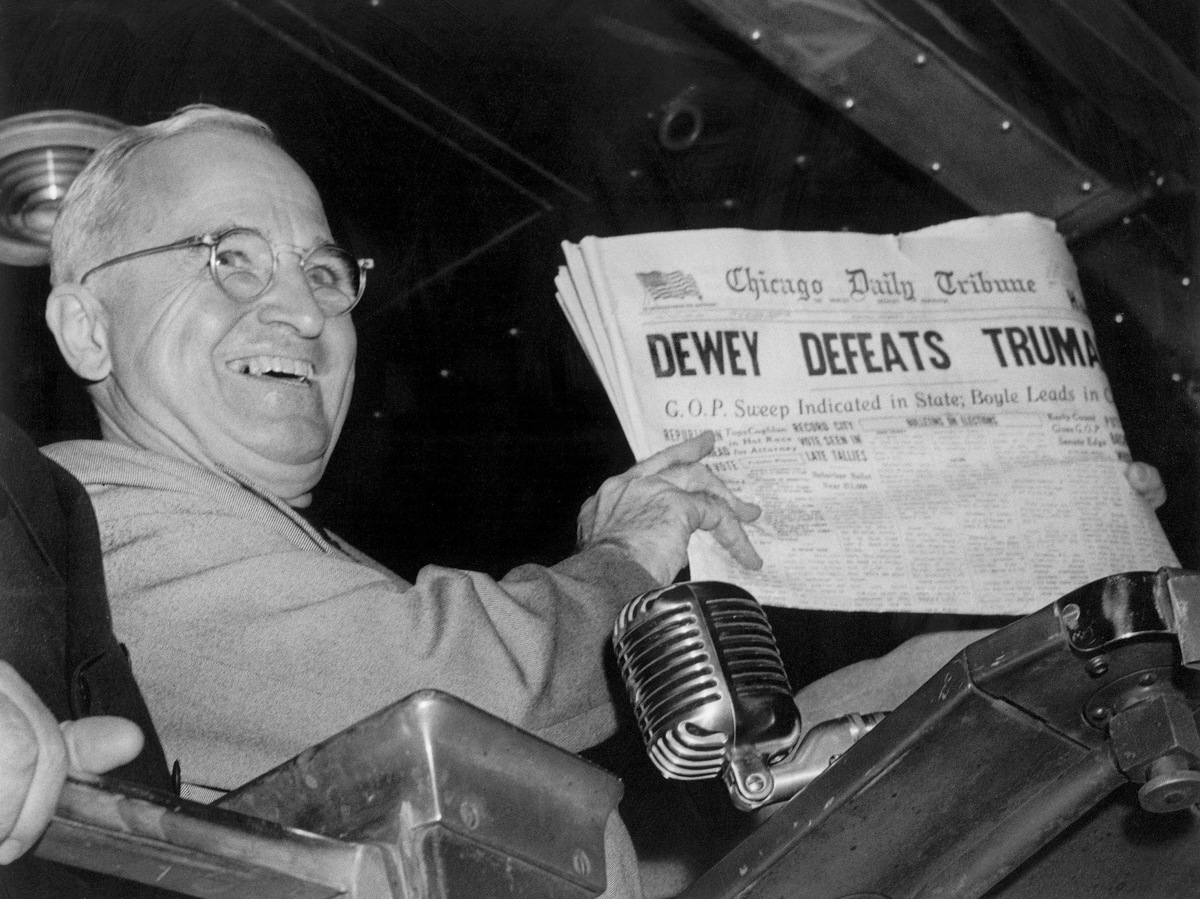 Conventions where the nominee isn't known in advance is the stuff of bygone political eras. Now, they are more like wedding receptions. You know the couple; they just haven't come down the stairs yet.

There hasn't been a "contested" convention in 40 years. In 1976, neither Gerald Ford nor Ronald Reagan had won a majority of delegates going into the convention (the requirement to be the nominee). Ford wound up securing enough by the first round of voting.

That technically made the 1976 convention a "contested," not a "brokered" convention. A brokered convention is basically when it goes more than one round at the convention and deals need to be made. The last time that happened on the GOP side was 1948, when New York Gov. Thomas Dewey emerged as the nominee. He famously went on to lose to President Harry Truman. (That also happens to be the first televised convention.)

But Trump's strength among a committed subset of GOP voters, the historically large field and the way Republicans rewrote rules after the 2012 election to try to give a front-runner an edge, may have backfired on them.

It is still a long way off from a contested convention, but the GOP unintentionally made one more possible.

At the very least, a prolonged contest that goes into late spring is looking increasingly likely. All that because Trump was underestimated — by everyone.