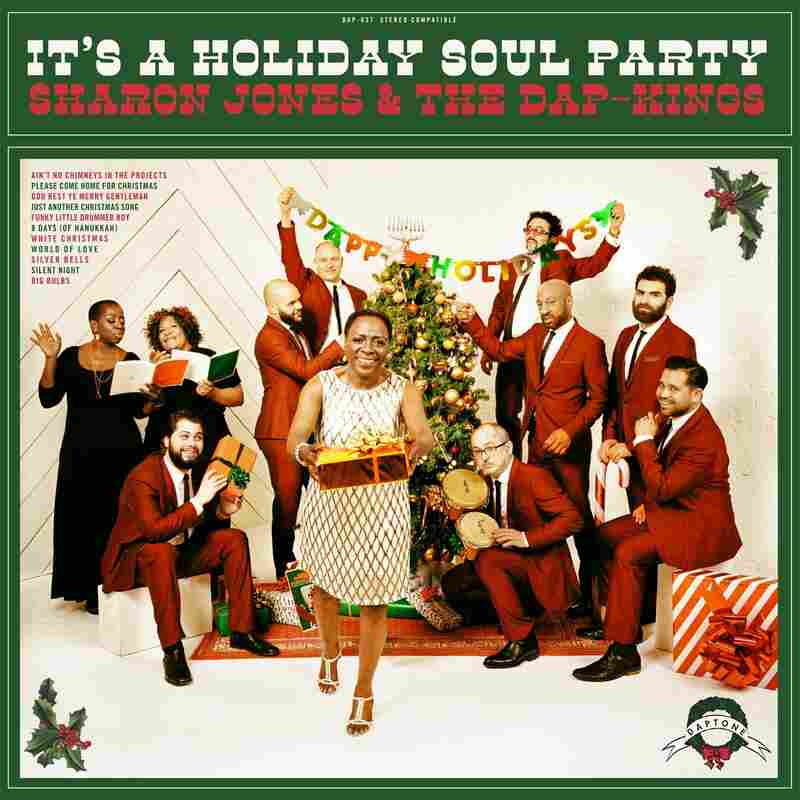 Cover art for It's A Holiday Soul Party. Courtesy of the artist. hide caption 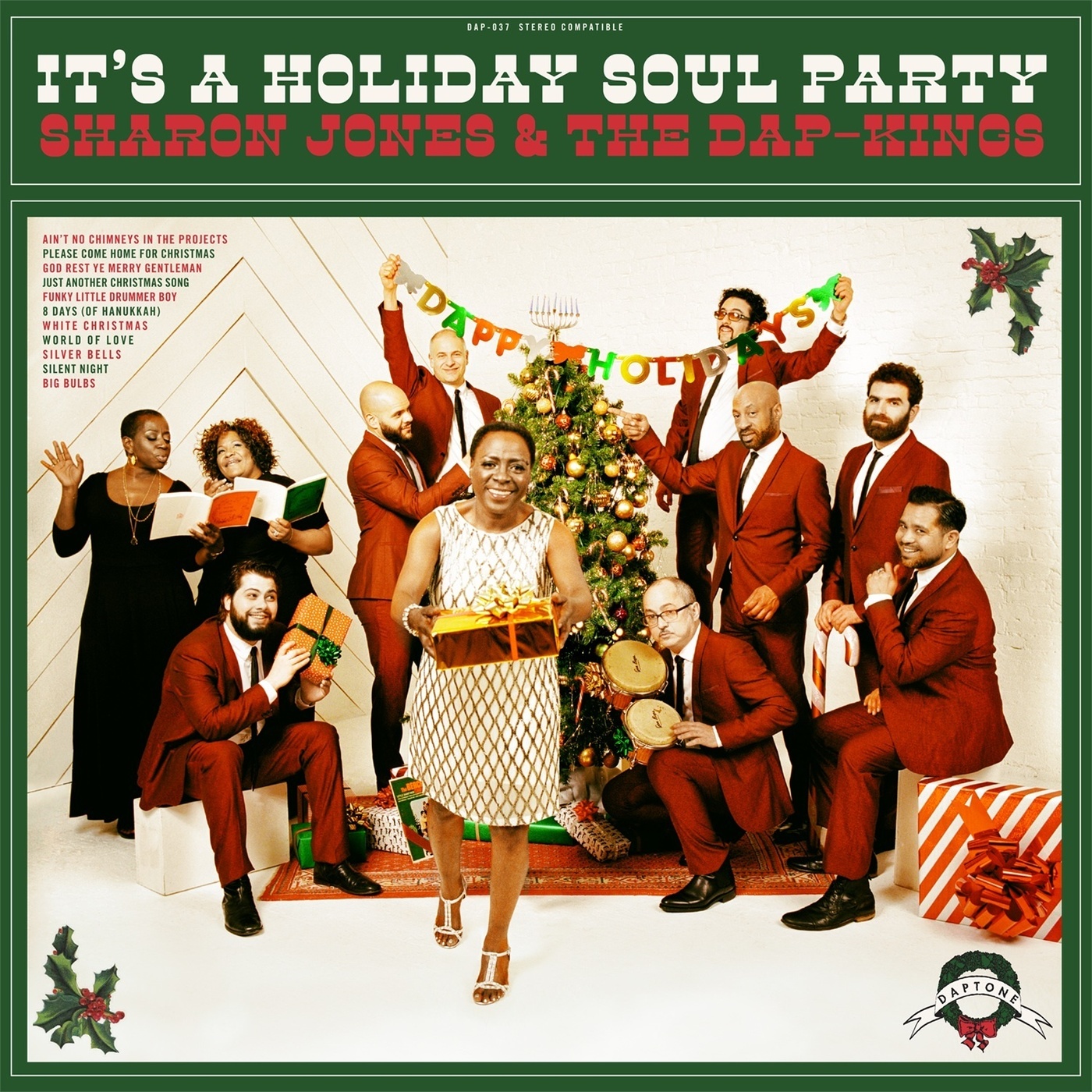 Cover art for It's A Holiday Soul Party.

There should be Commandments-style prerequisites for recording an entire album of holiday songs, and chief among them is: "Thou shalt not simply pad the coffers of Saint Irving Berlin's estate, or build false idols based on the work of the mysterious songsmith, 'Traditional.' Instead, thou shalt write some original tunes." Equally important, "Remember 'Joy.'" Thankfully, It's A Holiday Soul Party, from Brooklyn's finest purveyors of classic funk, soul and R&B, Sharon Jones & The Dap-Kings, fulfills these essential obligations. Actually, it reneges on one of them but for the better — featuring, as it does, a version of "White Christmas" so deliciously Chuck Berry-esque, it might have to be re-credited to Irvy B. Goode.

Everything here hints at a "passion project": It's knowing like Grandma's sugar cookies and proficient like a dad placing the star atop a tree — or lighting the menorah. Thematically, Jones' "Ain't No Chimneys In The Projects" updates the Godfather's "Santa Claus Goes Straight To The Ghetto," but stylistically it's all Curtis and Philly (dig those strings) under a lyric about Mom's gift-giving wisdom. Homer's "Just Another Christmas Song" nods to everyone from Run-D.M.C. to James Lord Pierpont, and celebrates the very notion of seasonal hymns with some pure Dap-Tone joie de funkee, as well as a few kids at the end. (What's Christmas without kids, right?). And because Mr. "Traditional" has got to get his stocking stuffed, there are carol versions and reinterpretations, too, including a wonderful sleigh-bell blues "Silent Night" and a "God Rest Ye Merry Gents" built on brassy ska-meets-Galt MacDermot vibes.

But the unquestionable centerpiece here, and the moment that seems destined to make this Party an annually revisited classic, is the opener. It's not just that "8 Days Of Hannukah" fulfills a dire seasonal need (more rocking tunes celebrating the Festival of Lights). It's also the style in which it operates — a soulful charmer that hearkens ever so slightly to a Moonglows hit, but shops for magical ingredients in its own aisle. There's one line in particular, already cited by Bob Boilen, that speaks to everything that makes it a wonderful original; as the band and Jones call-and-response through the day-by-day activities, there's this treasure, "Day 4 / We're cooking up the brisket / the kosher butcher sold my Uncle Saul." In that one line lies the spirit of the season — food, family, community, reaching across borders of tradition — which is to say, all the other rules that guide great holiday music.