Accessibility links
A Prog-Jazz Suite About Architecture? Jacob Garchik Does It All The composer and trombonist has covered a lot of territory, from jazz to Balkan brass bands to arranging for Kronos quartet. His latest album enlists three guitars and one very esoteric concept. 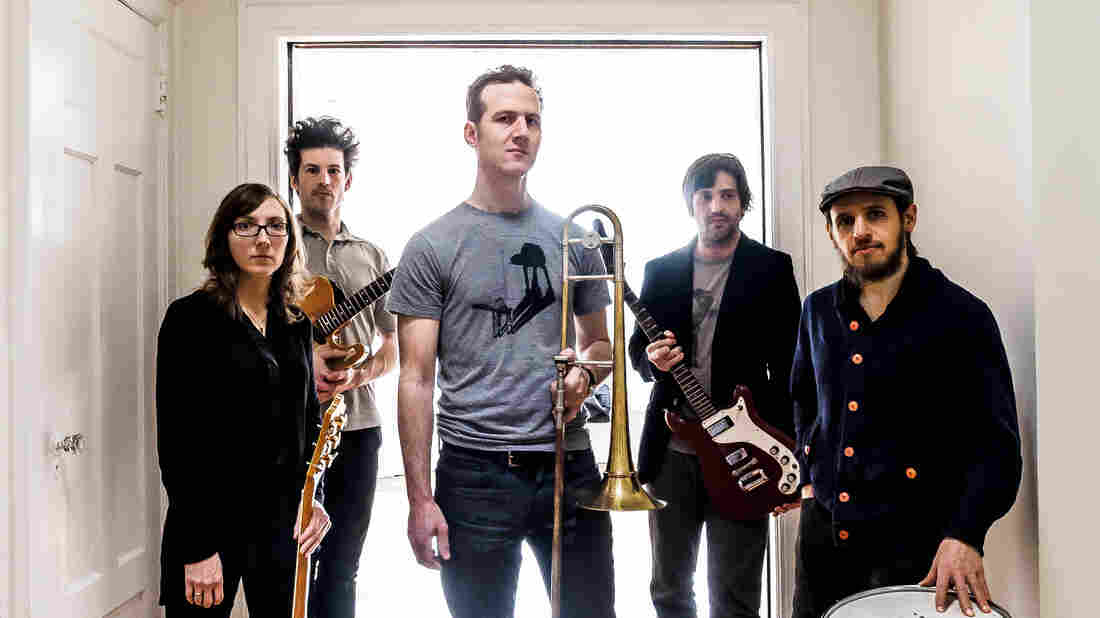 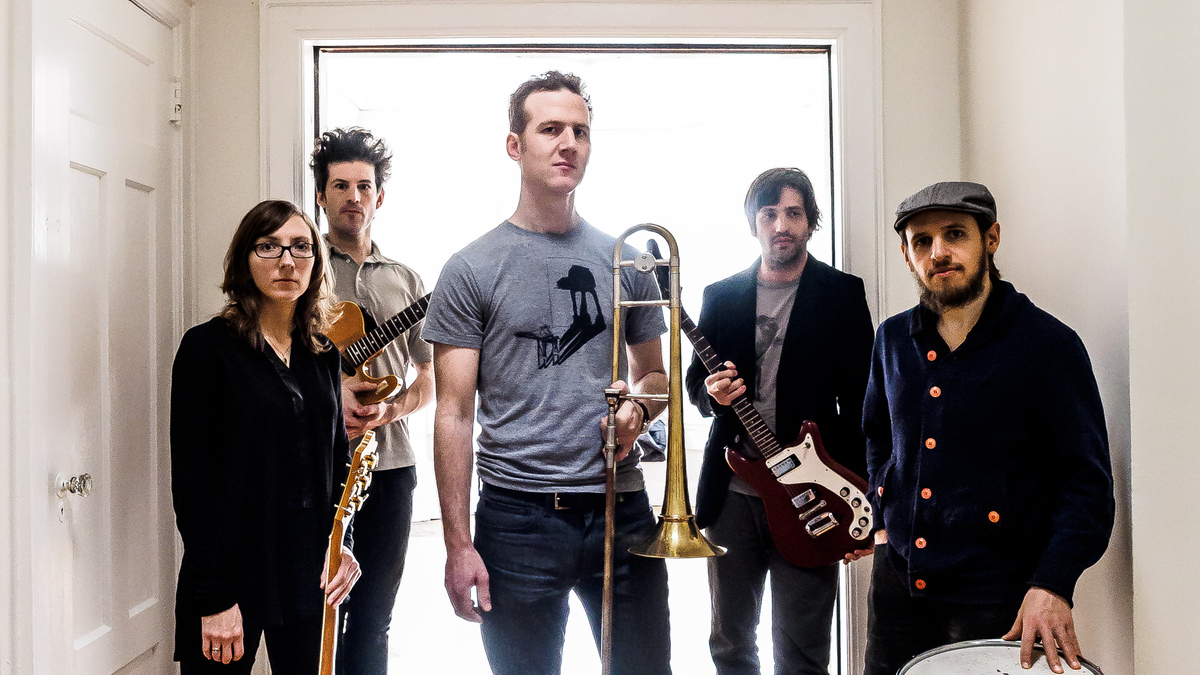 Peter Gannushkin/Courtesy of the artist

A few years ago, composer and trombonist Jacob Garchik started noticing that a lot of older apartment buildings near his house in Brooklyn have medieval architectural details. "This building is a really good example," he says, pointing out a six-story brick box in the Flatbush neighborhood. Between the first and second floors, there's a row of plaques with images in relief. They're knights and shields and heralds.

The medieval theme was a real estate marketing gimmick in the 1920s used to lure Jewish immigrants who dreamed of upward mobility — like Garchik's ancestors — from the Lower East Side of Manhattan. "The developer and the architect were selling this fantasy of these grand palaces," Garchik says.

The history of their former neighbors' demise inspired the storyline that runs through Garchik's new album, Ye Olde. It's set up by a poem in the liner notes:

Our heroes met and formed a merry band
in order to defeat the evil plan
of architect Mortise Mansard the IVth
whose castles dotted the landscape South to North.
Flatbush would be a town of brick no more
But a sea of yellow vinyl from roof to floor ...

Garchik thought a story set in medieval Brooklyn fit an album inspired by progressive rock's rococo digressions. But the story is mainly there so nobody gets the wrong idea about the music, or the guy who wrote it.

"I just feel like if you didn't know there was a story, you might think it was a little pompous," Garchik says. "I decided that I don't want to take myself too seriously ever again."

Garchik grew up loving classic rock — The Who, The Beatles, the Stones. but he also loves artists classic-rock radio ignores, like King Crimson and Captain Beefheart. He says on an album they inspired, there was only one role for him: "I am the singer, being the trombone player."

Mary Halvorson is one of three guitarists on the album, and she thinks it takes after the music it's inspired by: "They feel like classics that you probably grew up listening to. There's a real nostalgia to how they feel. And they're all brilliant pieces of music."

Recurring themes connect the songs into a through-composed suite for trombone and three guitars. Garchik hadn't really written for guitar before.

"I actually thought he did a really great job of arranging for guitar," Halvorson says. "I mean, there were a couple of parts he checked with me — he'd send me a little except and say, is this playable? And I'd say yes or no."

Garchik hadn't written much for strings, either, when he started working with Kronos Quartet founder and violinist David Harrington. "He's one of my favorite musicians on the planet," Harrington says.

Harrington's kids went to high school with Garchik in San Francisco. Nearly 20 years later, the violinist was in Brooklyn's Prospect Park for a Kronos show when he ran into Garchik, who was arranging for the opening act, a Balkan brass band. A few months later he was arranging for Kronos. In the eight years since, he's done dozens of pieces for the quartet — Vietnamese opera numbers, The Who's "Baba O'Riley."

Garchik says he wanted a musical career that would let him hop between genres — and he's not sure he could've had it before the Internet knocked down the walls between them. Making a living is harder now, he says, but making an album like Ye Olde is a lot easier.

"I can release a record tomorrow that's five minutes long, or I could release one that's five hours long," Garchik says. "You could make a record that's 17 flutes. You just do it in your home studio with one microphone. There's nothing that's stopping you."