Accessibility links
Interview: Aja Raden, Author Of 'Stoned: Jewelry, Obsession And How Desire Shapes The World' Author Aja Raden says jewelry is the perfect lens through which to view human history. In Stoned, she tells the story of the glass beads used to purchase Manhattan and the rise of the wristwatch. 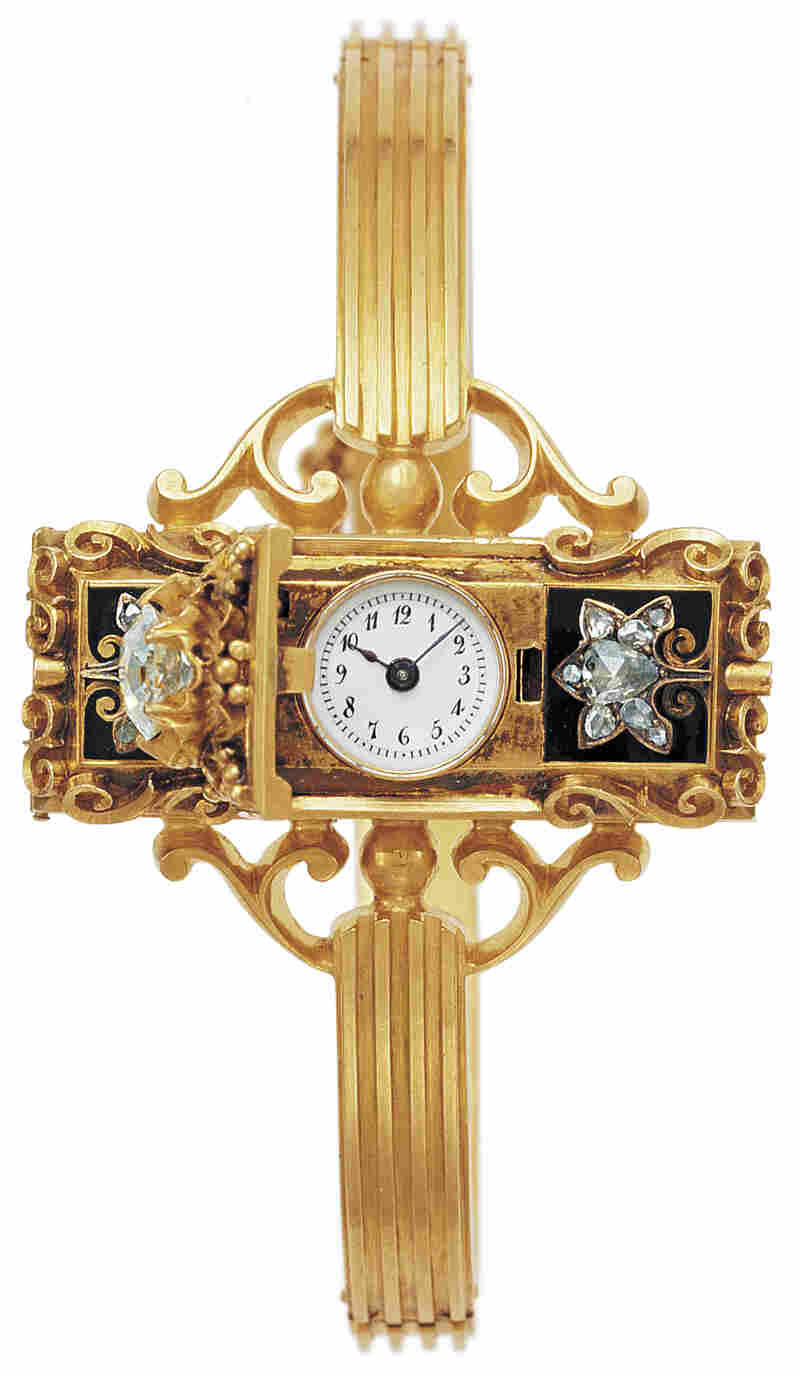 According to Aja Raden, a Hungarian countess commissioned the first wristwatch from watchmaker Patek Philippe around 1868. "[It] was a spectacularly expensive piece of jewelry," the author says. Courtesy of the Patek Philippe Museum via Harper Collins hide caption 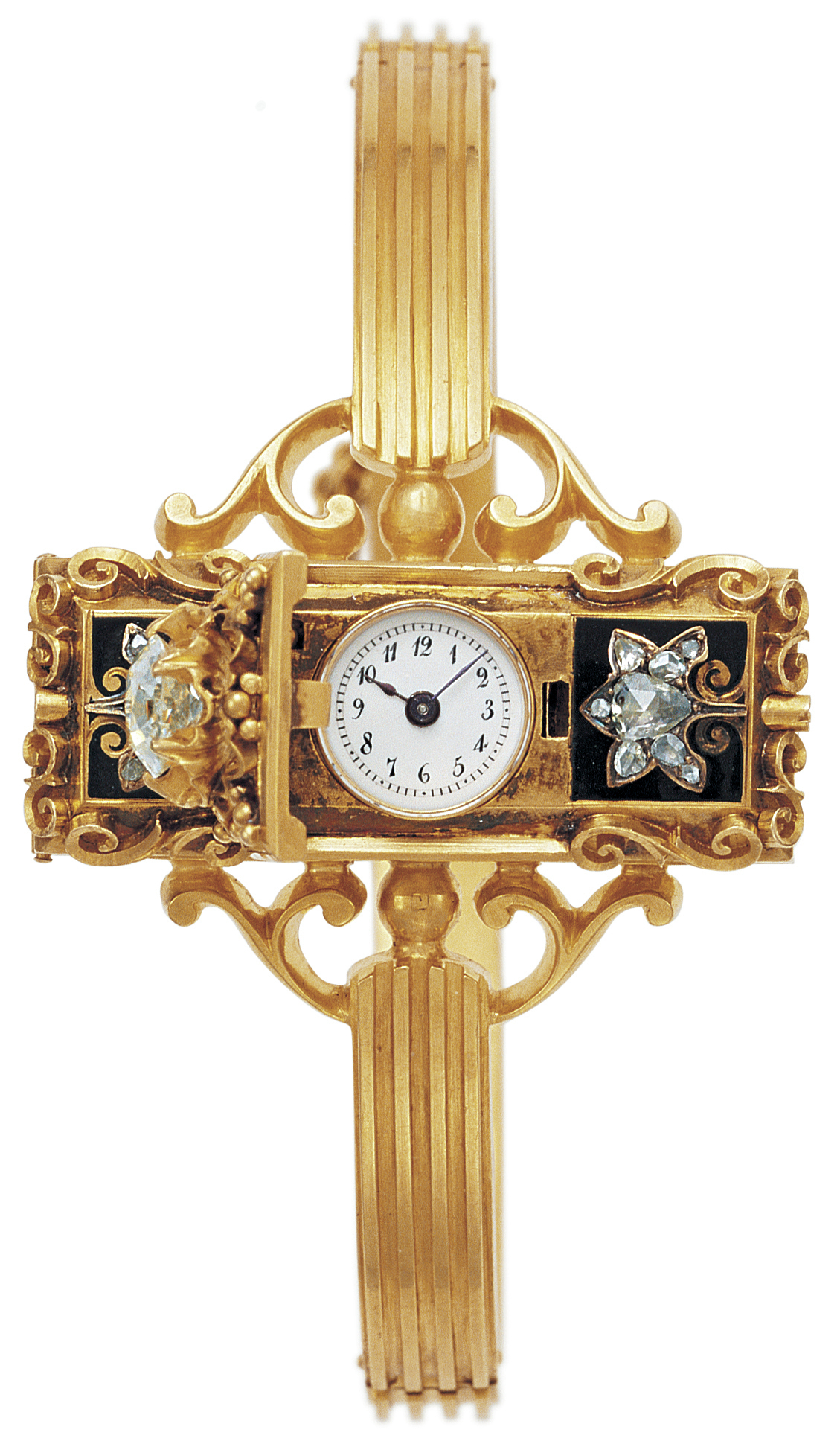 According to Aja Raden, a Hungarian countess commissioned the first wristwatch from watchmaker Patek Philippe around 1868. "[It] was a spectacularly expensive piece of jewelry," the author says.

Courtesy of the Patek Philippe Museum via Harper Collins

Aja Raden's new book, Stoned, is about jewelry, but on the first page she lays out a bold statement: "The history of the world is the history of desire."

"There's no more powerful statement than 'I want,' " Raden tells NPR's Audie Cornish. " 'I want that. I want them.' ... Even if it's an issue of survival, you still are driven by what you want and what you are compelled to take or have or maintain."

As Raden tells it, jewelry is the quintessential object of desire — and it's the perfect lens through which to view human history. She makes her case through the stories of eight noteworthy jewels, starting with the glass beads a Dutchman used to buy Manhattan from the Lenape Indians in 1626.

On the value of the glass beads that, along with buttons and trinkets, were used to buy Manhattan

The value of those beads was famously calculated at $24. We mass produce them now in the billions and they're worth nothing. At the time, they were hand-blown. They were made by Venetians, either in Venice or in Holland, and they were called trade beads and they were used all over the world sort of like Renaissance-era traveler's checks, because glass was very valuable in places where it didn't exist, like the Americas.

On the first wristwatch 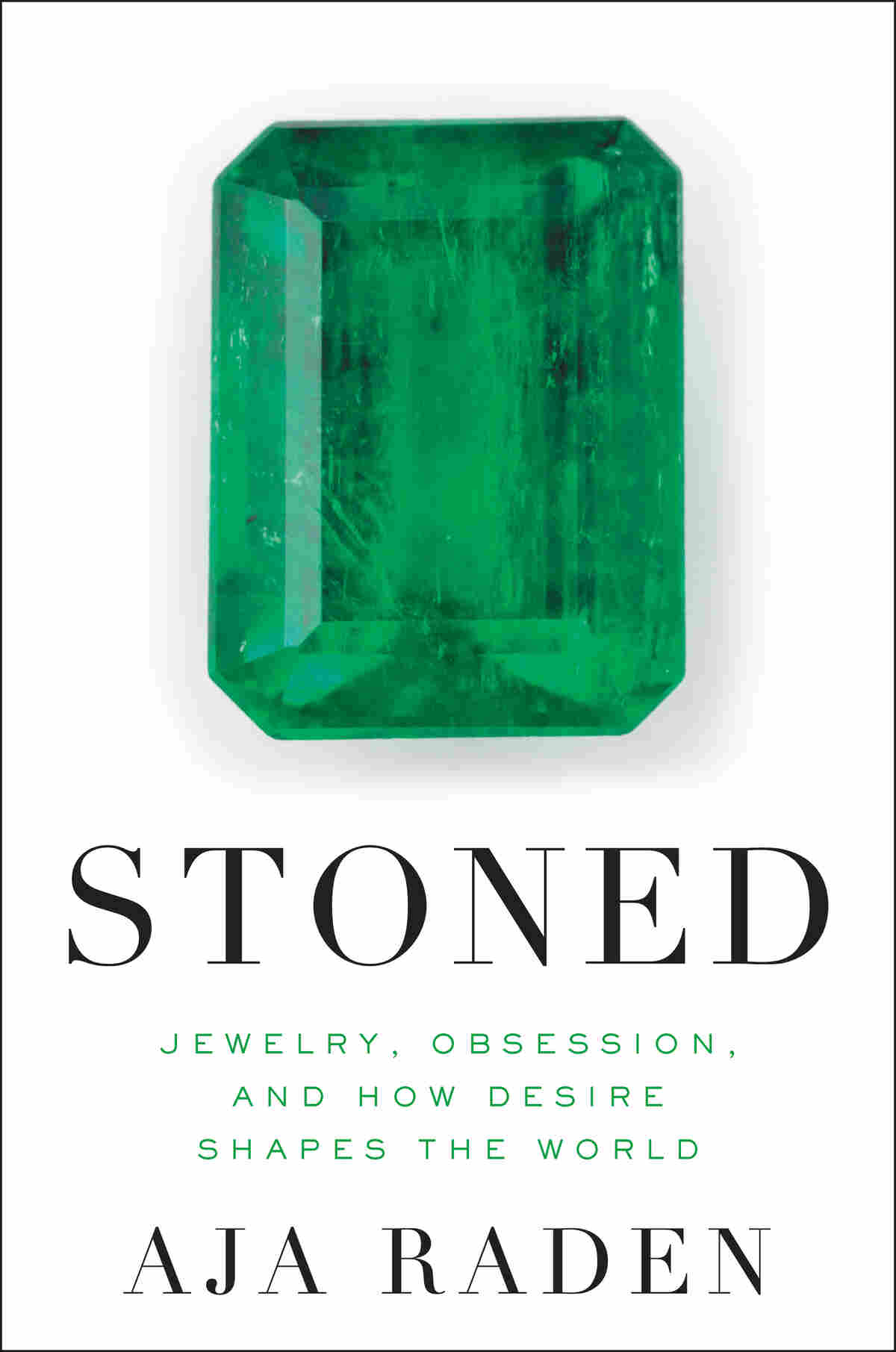 Jewelry, Obsession, and How Desire Shapes the World

There was a Hungarian countess who needed something that would make a splash. And there were rules, there was a pecking order about how big your diamonds can be, and so she couldn't step outside her rank but she did have a great deal of money. And so she went to Patek Philippe, which everyone knows is one of the greatest watchmakers in the world. So she asked them, "Can you make me a real, working clock small enough to replace the diamond in my bracelet?" And back then technology — just like now — miniaturization meant money. And this was a spectacularly expensive piece of jewelry and it made a sensation. And over a few years, people started to obtain them and they were called "wristlets."

On how World War I machine guns helped popularize wristwatches

Suddenly it was impossible to synchronize firing an automatic weapon with two hands and simultaneously hold pocket watches. And so, during the [Second Anglo-Boer War], which came right before World War I ... [the British] remembered wristlets and they snapped the fronts off [pocket watches] and then strapped them onto their wrists.

When they got home, the war commission started looking into what were called "trench watches" for men. And in World War I, they were the linchpin piece of technology that allowed all the other technology to work, from timed explosives to silent synchronized firing. It does not get its due in military history, but it should.

On how the value of jewelry changes over time

There will always be something that is the rarest rare, that is the most valuable, that immediately telegraphs to everyone ... you're part of the right class, you are privileged. But whether it's diamonds in the 20th century or emeralds during the Spanish Empire or glass beads among the Iroquois, those things absolutely do change. Because, what makes a stone a gem? Is it rare? It is hard to get? Did it come from far away? At some point, we may be trading rocks from Mars as though they were big sparkly jewels no matter what they look like. Just because: How in the world did you get that?

The truth only ever enhances the luster of something for me. I love being able to look at my pearls and know that that was a parasitic infection 15 years ago. I love knowing that, you know, this glass bracelet I'm wearing was the crown [jewel] of the Iroquois in terms of rarity. I don't find it at all diminishing to what I own. And I'm quite the jewelry hoarder, as you can imagine.