Doctor: Trump Would Be 'Healthiest Individual Ever Elected' President

Doctor: Trump Would Be 'Healthiest Individual Ever Elected' President 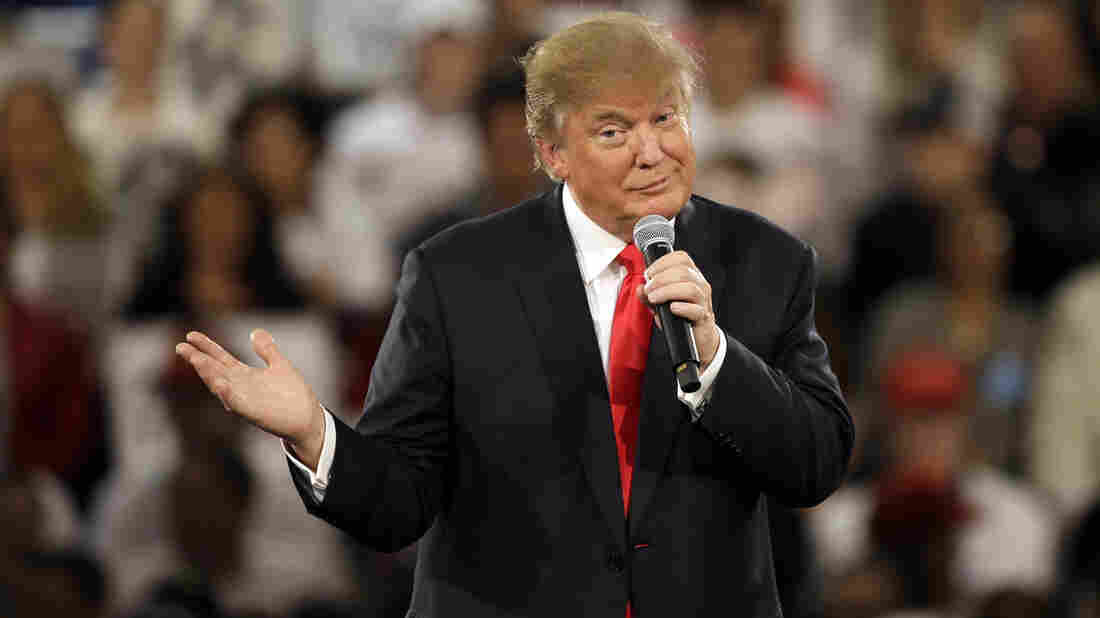 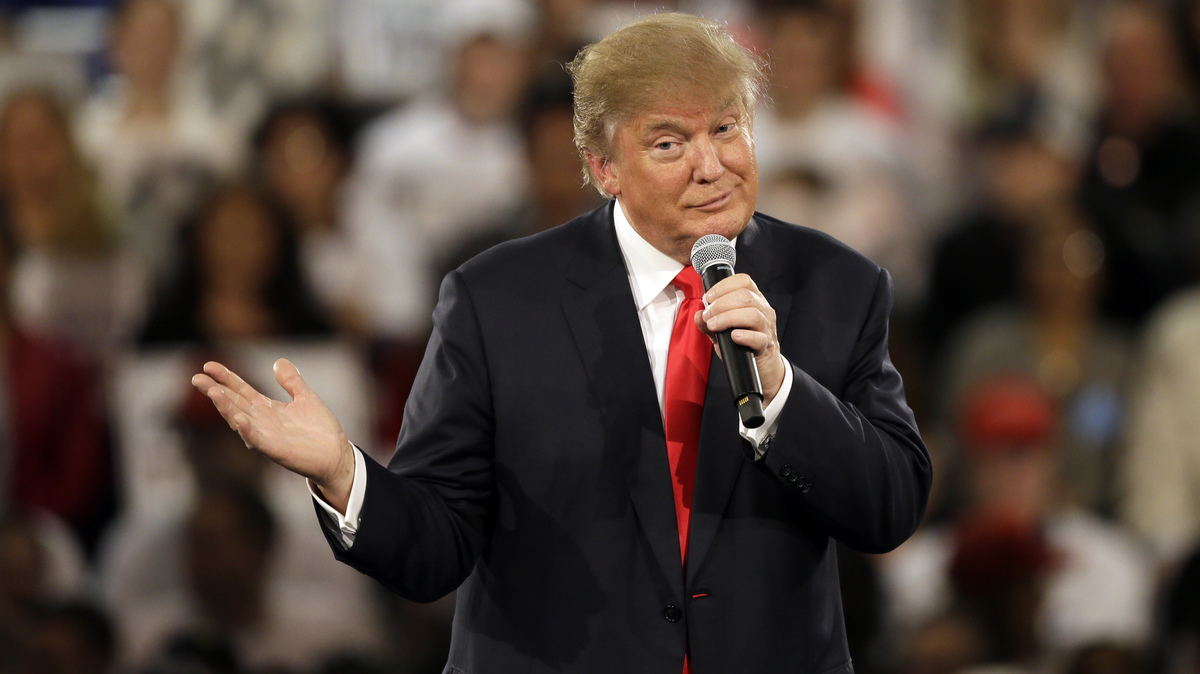 Donald Trump's personal physician released a statement on the GOP presidential candidate's medical history on Monday, declaring that the real estate magnate would "be the healthiest" president ever.

"If elected, Mr. Trump, I can state unequivocally, will be the healthiest individual ever elected to the presidency," said Dr. Harold N. Bornstein, a gastroenterologist from Lenox Hill Hospital in New York.

The full letter is written in true Trumpian fashion, full of hyperbole and boasting of greatness. Bornstein calls Trump's blood pressure "astonishingly excellent" and Trump says in his own statement he was "fortunate to have been blessed with great genes." The physician also says Trump has "no history of ever using alcohol or tobacco products."

Trump, who will be 70 on Election Day, would be the oldest person ever elected president if he wins. 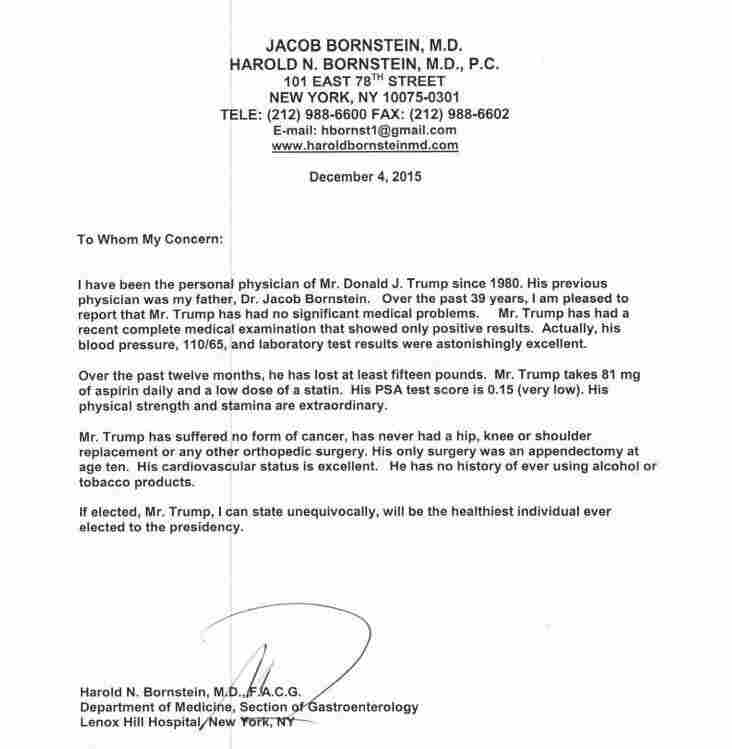 There's a typo at the very beginning of the letter, though, which already begins with an odd salutation for a doctor. Appearing to mean to type "To Whom It May Concern," Bornstein instead says "To Whom My Concern."

As Bornstein notes, he's been treating Trump for 35 years, and his father, Dr. Jacob Bornstein, was his physician before that. Trump's statement and a tweet say the statement was from the elder Bornstein — who died in 2010.

The whole letter is very odd, and very unlike ones typically released by presidential candidates — though Trump of course hasn't followed a typical campaign model by any means.

For fans of NBC's 30 Rock, the language used by Dr. Bornstein may seem familiar: