Accessibility links
Looking At Violence In America With A Financial Lens Health economist Ted Miller analyzes the financial toll of violence like mass shootings. He says the total cost of firearm injury in America is $235 billion a year. 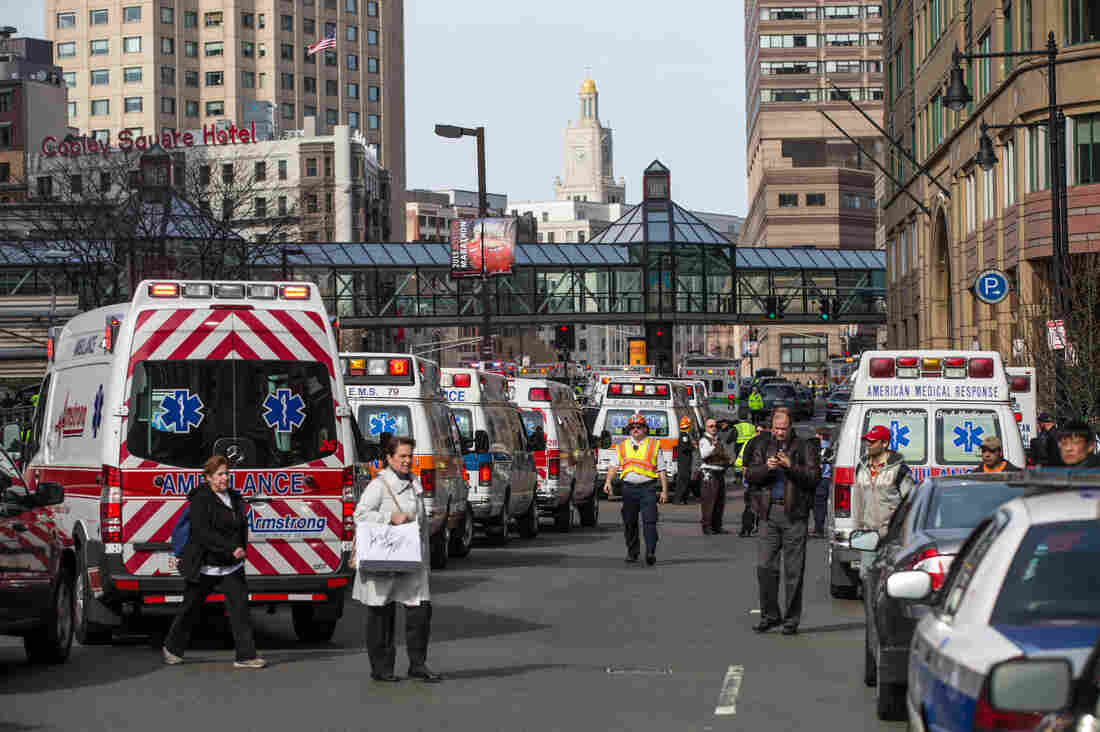 Ambulances lined up following two explosions near the finish line of the Boston Marathon on April 15, 2013. Aram Boghosian for The Boston Globe via Getty Images hide caption 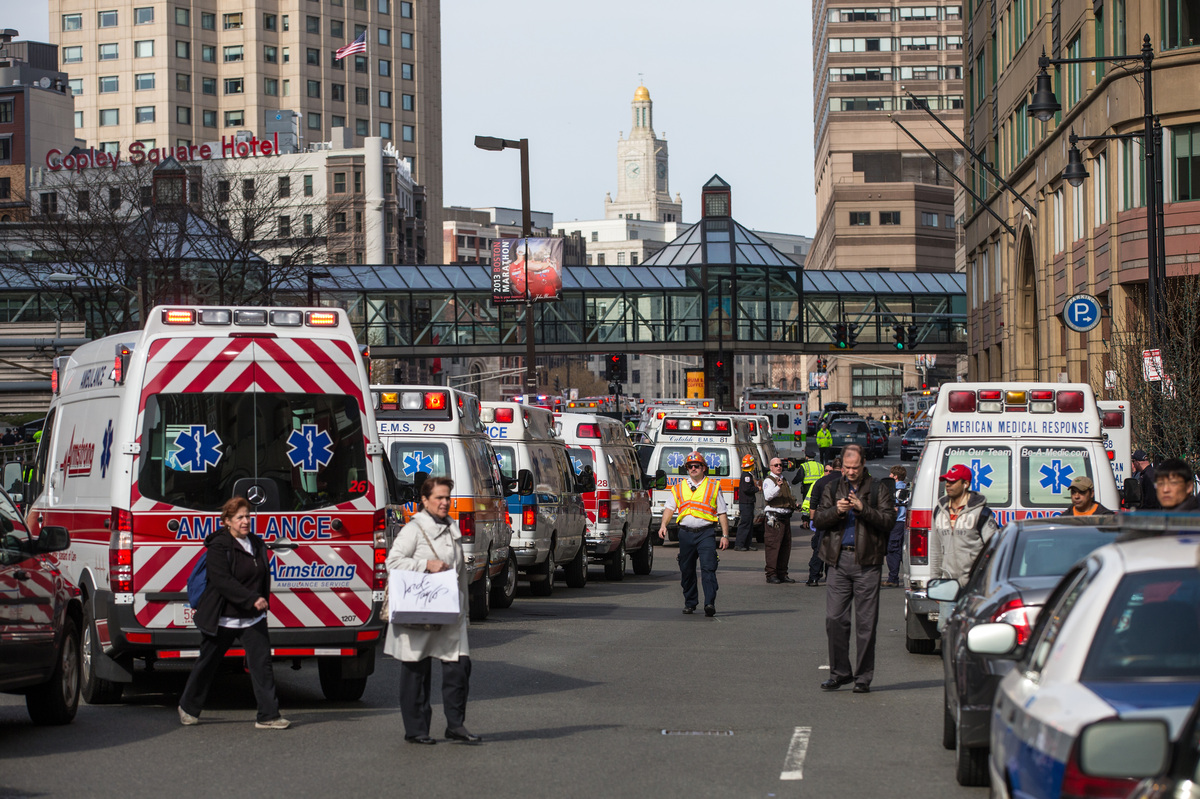 Ambulances lined up following two explosions near the finish line of the Boston Marathon on April 15, 2013.

Aram Boghosian for The Boston Globe via Getty Images

Pain, grief and emotional loss follow mass shootings in America, and there are also other costs that add up to violence's financial toll. It's Ted Miller's job to crunch numbers on social ills like mass shootings. He's a health economist with the Pacific Institute for Research and Evaluation.

For example, when then-U.S. Rep. Gabby Giffords was shot in a 2011 incident that left six people dead and 13 injured (including Giffords), her medical costs alone were well over $500,000, Miller says. Each of the six deaths "was worth about $7 million," he tells NPR's David Greene. "The way we look at that is we have interviews where people have been asked how much they would pay to reduce their chance of being killed or injured in a violent incident. People actually pay that. When you look at housing prices, we pay more for housing in safe neighborhoods."

On what goes into the calculations

On the difference, in medical cost terms, between dying and surviving

On serving the public health

I think of my numbers as giving people the numbers they need to save lives.

Let me take the example of the cost of a bicycle helmet. I've looked at the savings from bicycle helmets. That's resulted in laws being passed in some places. For a lot of legislatures, [it] builds a legislative case. When we say a child seat returns more in medical costs savings alone than the cost of the seat, that makes it easier to pass a law requiring kids to be in child seats going back to when we didn't have those laws.

On the financial cost of the shootings in San Bernardino, Calif.

Probably about $125 million for San Bernardino. [The shooters left 14 people dead and 21 others wounded.] Perhaps more telling is the total cost of firearm injury is $235 billion a year. So $125 million is less than a day's firearm injuries on average.