Accessibility links
Scientists See U.N. Climate Accord As A Good Start, But Just A Start Many analyzing the deal hammered out in Paris say it's way better than no plan at all. But proof, they warn, will be in the execution of efforts to cap global temperature rise at 2 degrees C or less. 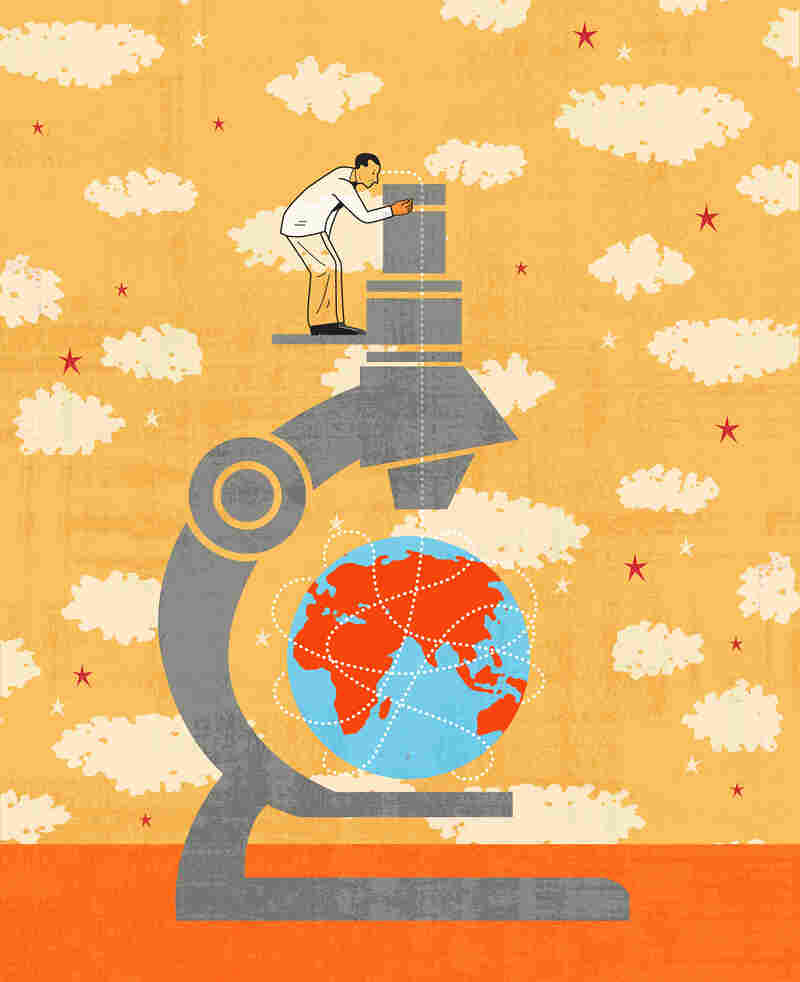 Climate scientists who scrutinized the U.N. accord are urging citizens to keep a sharp eye on each nation's leaders to make sure they follow through on pledges to reduce emissions. Simone Golob/Corbis hide caption 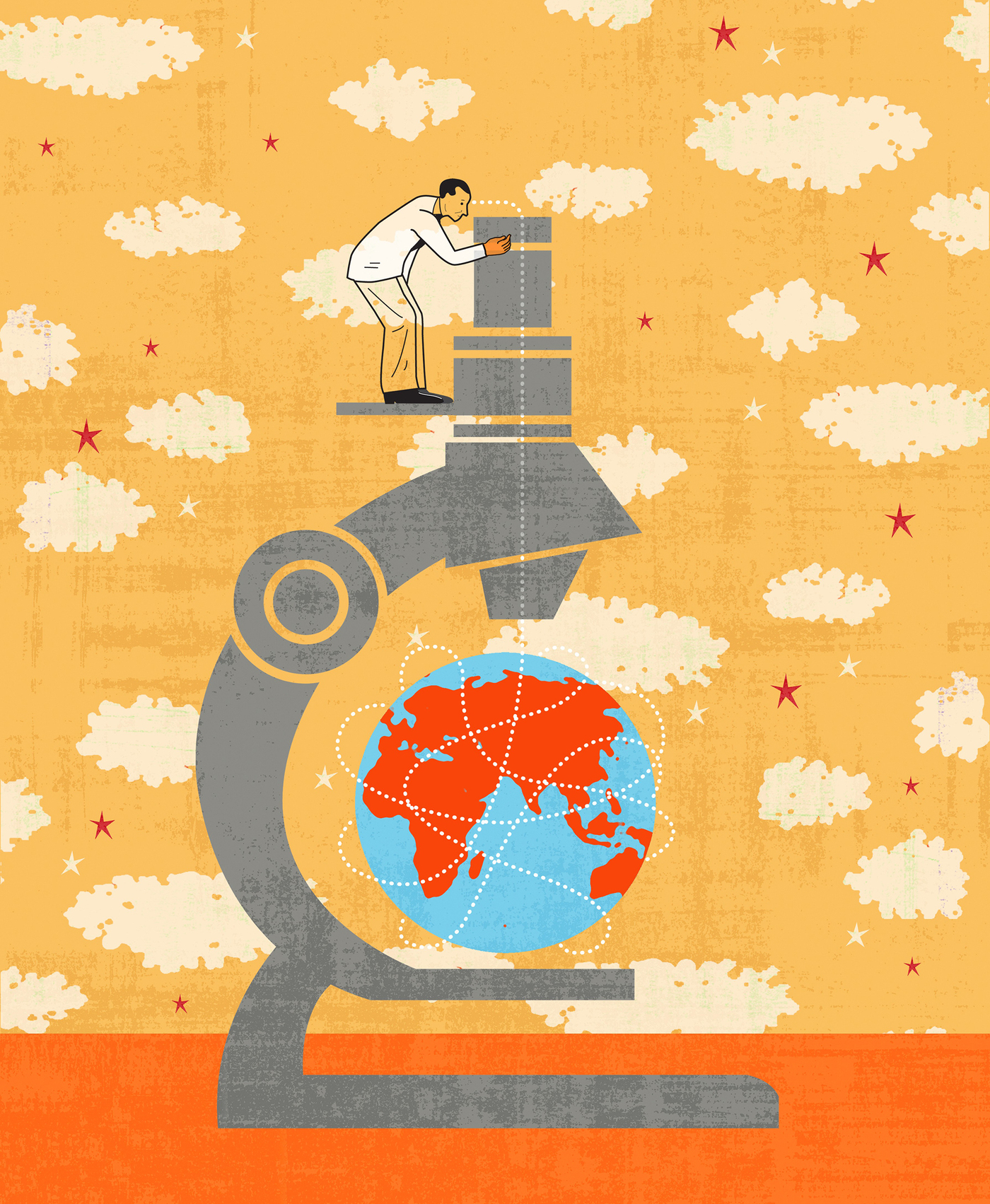 Climate scientists who scrutinized the U.N. accord are urging citizens to keep a sharp eye on each nation's leaders to make sure they follow through on pledges to reduce emissions.

The United Nations climate summit is over, the weary diplomats have gone home, and now the historic deal is being dissected by scientists.

Climate researchers' dire warnings about global warming helped spur negotiators to draft this unprecedented international agreement, which commits both rich and poor countries to rein in greenhouse gas emissions in the coming decades.

Some scientists now say they feel relief that the world is finally taking climate change seriously.

"The accord signals that the world really gets it," says Jerry Melillo, who studies the impact of climate change with the Marine Biological Laboratory in Woods Hole, Mass. "The world understands that climate change is a serious issue and, if left unchecked will have catastrophic consequences for society."

Melillo was particularly struck by the debate over whether to aim for a cap of 2 degrees Celsius in the average increase in global temperature, or to try to keep global warming lower — below 1.5 degrees Celsius. "This says to me that the world understands that we have to do as much as possible, as soon as possible," he says.

But not everyone was so impressed by that debate over temperature targets.

"There was a tremendous amount of discussion about [whether to have] a target of 1.5 degrees as opposed to 2 degrees,'" says Kevin Trenberth, a climate scientist at the National Center for Atmospheric Research in Boulder, Colo. "Without saying how you're going to achieve things, I think we will actually blow right through both of those things."

Trenberth suspects warming will exceed 2 degrees Celsius probably around 2060. "And so the discussion actually becomes somewhat irrelevant," he says.

"There are a lot of commitments, there are goals," Trenberth continues. "But the things which are not addressed are how to achieve those goals. There is no mention of a carbon tax, there's no mention of any penalties if countries don't come through."

Michael Oppenheimer, an expert on climate change impacts at Princeton University, says this deal has the promise of moving the world forward, but that governments need to be watched.

"There are no enforcement and compliance provisions in this agreement which would cause a government to quake at the fear of not meeting the commitments they made," Oppenheimer says. "And furthermore, the so-called transparency provisions, which allow different governments to understand what other governments have done, are not yet themselves worked out enough so we can be sure we'll be able to see what road we're actually going down."

Now that the international deal is done, he says, whether it makes a difference will depend on thousands of decisions made in individual countries and inside corporations.

"Even more important than the transparency provisions is that people who are concerned about climate change — leaders and average citizens in each country — focus like a laser beam on what their country is doing," says Oppenheimer.

Ken Caldeira, at the Carnegie Institution for Science in Stanford, Calif., says the deal has great aspirations. But he thinks the real test will come five years from now, when countries have to report back on what they've achieved and ramp up their ambitions.

Still, he says, this is a landmark agreement. And others point out there's just no way one meeting could solve the entire climate problem.

"I don't think it's fair to look at Paris and say, 'You should have done everything today,' " says Richard Alley, a geoscientist at Pennsylvania State University. "And so the question is: Are we moving in the right direction? Is this a step on the journey that more steps can be taken and will get us there? And I think that it is that."

"We now have a plan for moving forward, which I can tell you for sure is better than no plan at all," agrees Kristy Kroeker, at the University of California, Santa Cruz, who studies the effect of climate change on the oceans.

"Based on the science, I would say that we still have substantial risks ahead for large-scale impacts to our oceans," Kroeker adds. "I think there is considerable work to be done to actually meet some of the targets. But I would say I am really tentatively hopeful that we're at a turning point for our planet."