Accessibility links
NASA Is Seeking Astronauts. Do You Have The Right Stuff? Less than 1 percent of applicants make the cut. But there's more than one way in. Passion helps. Be persistent. Oh, and be tops in what you're doing right now.

When you look at every group photo of NASA astronauts going back to 1959, some patterns emerge. How will 2016 be different?

On Monday, NASA started accepting applications for its new class of astronauts. Applying is simple: Just log in to USAjobs.gov, search for "astronaut," and upload your resume and references. The job description says "Frequent travel may be required."

It's a bit more difficult to be picked. In 2013, more than 6,000 people applied to the program. Only eight were selected. That's an acceptance rate of less than 1 percent.

To be an astronaut, you need a degree in a scientific field, vision correctable to 20/20, and you've got to stand between 4 feet, 8.5 inches tall and 6 foot 4. (History suggests it also helps to be white and a man, but NASA says it's trying hard to remedy that.)

Still, there are many possible paths to space. For former astronaut Charlie Bolden, that journey started in middle school.

"I fell in love with a place called the United States Naval Academy in seventh grade when I saw a program on television called Men of Annapolis," Bolden says.

The men portrayed in the program reminded him of his father and uncles, who had served in WWII. He resolved to attend the academy once he graduated from high school. But there was a problem. 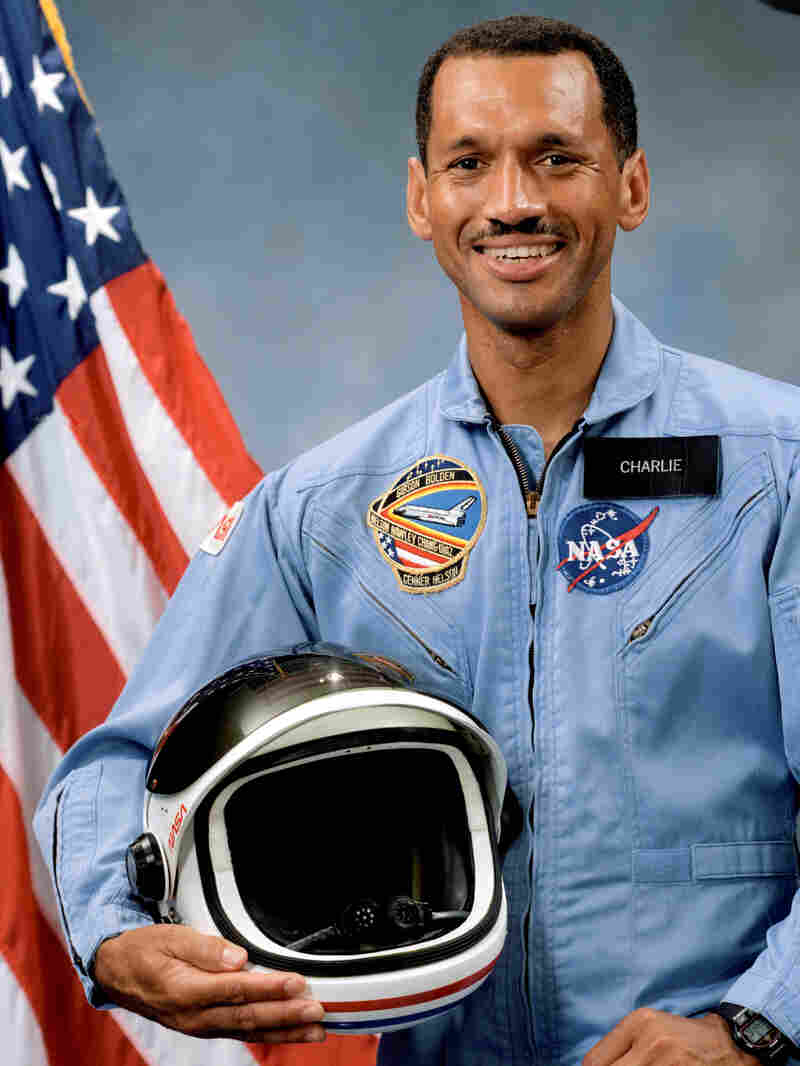 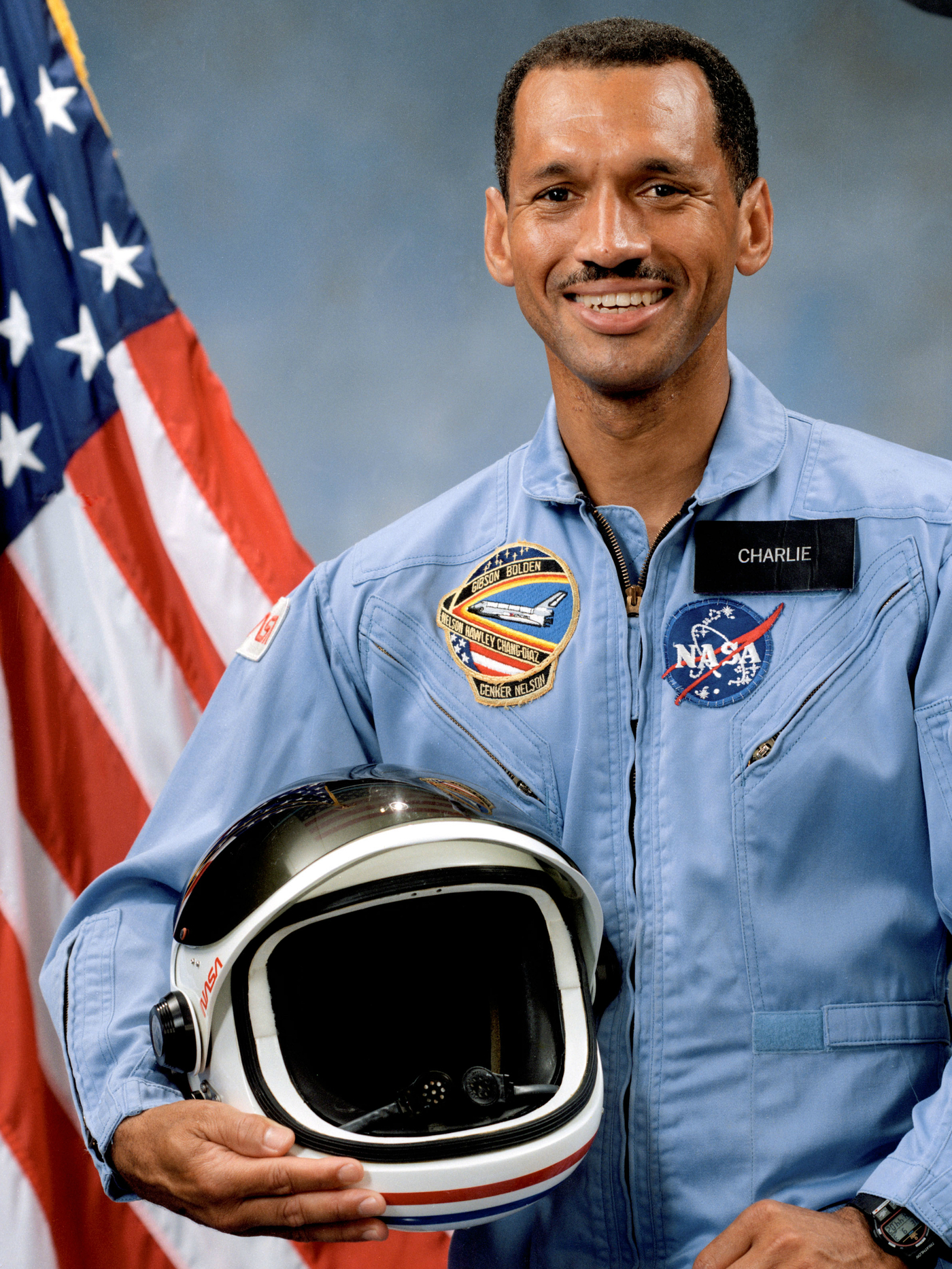 "I grew up in the segregated South," Bolden says.

The South Carolina congressional delegation refused to give Bolden the required nomination to the school. An Illinois congressman, instead, opened the way to the Naval Academy, and Bolden began his military career. He flew in Vietnam, became a test pilot, and was selected to become an astronaut in 1980. It was the beginning of the space shuttle era.

For Mike Massimino, another former astronaut, it all started with Apollo 11 in the summer of 1969.

"I was 6 years old when Neil Armstrong walked on the moon," Massimino says. "And I wanted to be an astronaut — dressed up like an astronaut for Halloween, played astronaut in my backyard with my little astronaut, Snoopy."

But as he grew up, in Franklin Square, N.Y., that dream started to seem "ridiculous," Massimino says. "I didn't know anybody that was an astronaut."

So he went to school to become an engineer. After picking up a degree from Columbia University and four more from MIT, Massimino was accepted to the astronaut corps in 1996.

Maria Banks, a postdoctoral fellow at the Smithsonian Institution's National Air and Space Museum, is planning to apply to the astronaut corps this year. In college, she studied harp performance, and when she graduated she found a job playing on a cruise ship that traveled all over the world.

"I would take soil samples and rock samples and hide them in my suitcase," Banks says. "I don't know why; I just had to do it. Every day I would try to find the most geologically interesting thing I could do — climb a volcano, or hike a desert, hike on glaciers."

That sent her back to school, where she started a Ph.D. program in geology and planetary science. Among other things, she studied the fingerprints of glaciers on Mars, using data and images from NASA missions.

These three people — a pilot, an engineer, a planetary geologist — came from different backgrounds and different eras, but they all felt the same way about applying.

"I was convinced that I did not stand any chance," Bolden says. 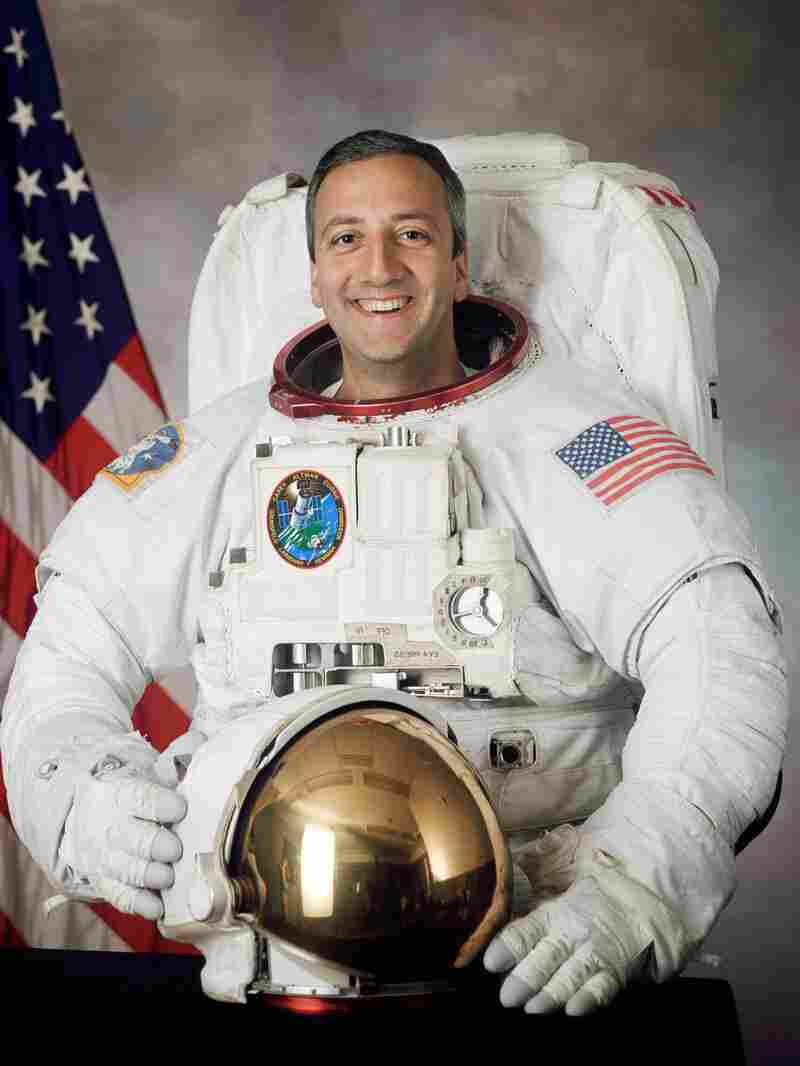 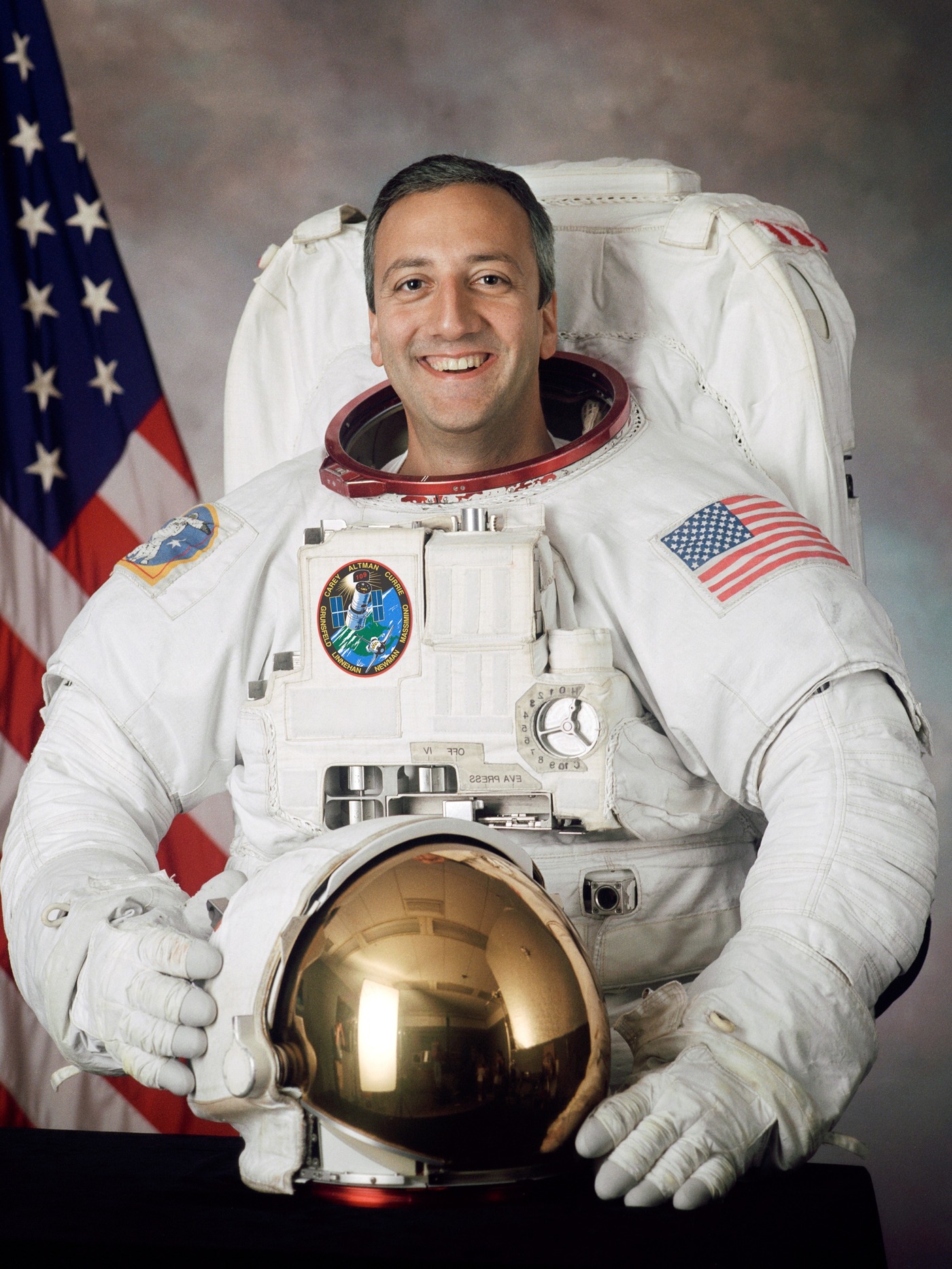 Mike Massimino, pictured here in 2002, was selected for the astronaut corps after applying four times.

"I thought there was no way they were going to pick me," Massimino says.

"I guess I didn't believe it was ... an attainable goal," Banks says.

But they still applied.

Though the technological side of the application has changed a bit over the years (Bolden wrote his application on a sheet of paper; Banks will visit the USAjobs website), the selection process has remained virtually identical. Current astronauts and NASA officials sift through the applications — eliminating the obviously unqualified and making piles, based on profession. Physicists are compared with other physicists. Pilots with other pilots. The cream of the crop (100 or so) will be invited to Houston for live interviews and medical screening. Then a small number will be selected to begin about two years of intense astronaut training.

"If you're not tops at what you're doing now," Bolden says, "you're not going to be selected."

Bolden was tops. He went on to pilot two shuttle missions and commanded two more. He helped put the Hubble Space Telescope into orbit. In 2009, President Obama appointed him the head of NASA.

It took Massimino a few more tries to get accepted. He first applied in 1989, then again in 1991 and was rejected. In 1994, he made it to the interview round.

"My attitude was just to be myself," Massimino says. "When you're trying to realize a life's dream, you want to speak from the heart."

He was rejected again.

Finally, in 1996, NASA selected him. He flew on two shuttle missions and helped repair the Hubble. He became the first person to tweet from space. Today he's a professor at Columbia.

This round will be Banks' third attempt.

" 'Just keep trying,' " she says. "Those are the words I kept hearing from all of the astronauts I talked with."

If Banks is accepted, there is some question about what she'll do. The shuttle program that began with Bolden ended with Massimino in 2011. Since then, NASA has been accused of lacking clear goals. But Bolden says future astronauts have a lot to look forward to.

"They are going to be the trailblazers for our ventures to Mars," Bolden says.

He says they'll fly in new spacecraft and return to lunar orbit for the first time since 1972.

"It all sounds fantastic to me," Banks says. "I would be happy doing just about anything."