Accessibility links
'Sisters' Is A House Party And A Victory Lap Tina Fey and Amy Poehler welcome you to a crazy rager in a comedy that might not earn its every great guest turn, but offers plenty of good fun before the cops show up.

'Sisters' Is A House Party And A Victory Lap

'Sisters' Is A House Party And A Victory Lap 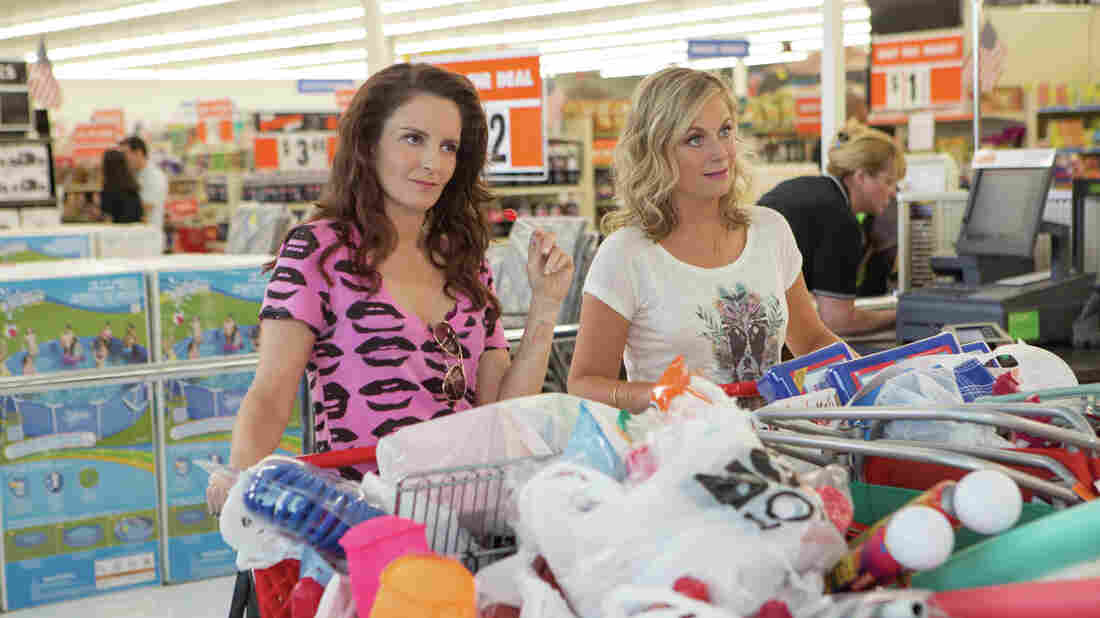 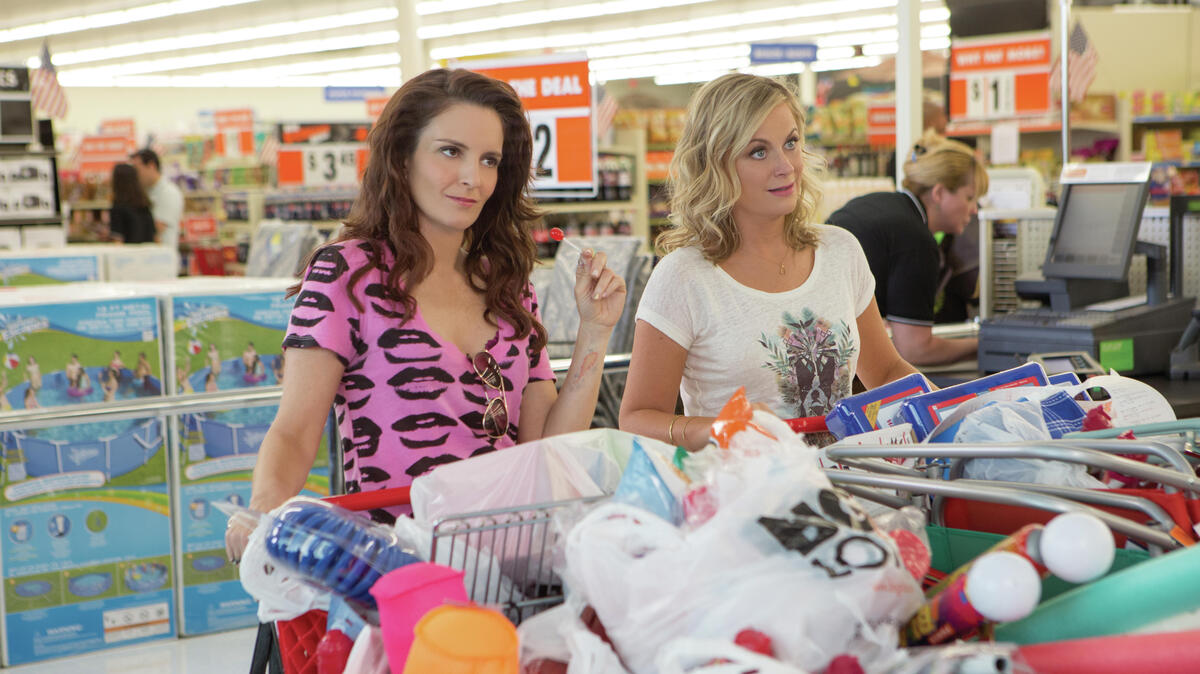 Tina Fey and Amy Poehler in a scene from Sisters.

What's it like to be at the same house party as Tina Fey and Amy Poehler? Wouldn't it be fun to catch the 21st-century masters of the female comic voice in the act of rattling off a few drunk one-liners, maybe some goofy dance moves, as they riff an entire funky, feminist universe of laughs into existence around you?

Sisters is that raunchy Fey-Poehler bash you've dreamed about, set in a lavish pre-bubble mansion that practically comes with a big "Destroy Me" sign. The gathering doesn't have the wit or bite of ... well, pretty much anything either of these fraternal colleagues have ever made for TV, separately or together. (Take your pick from the embarrassment of riches: 30 Rock, Parks and Recreation, Unbreakable Kimmy Schmidt, Broad City, Weekend Update, those awards shows ... ) What it does conjure is the uncanny sense of being a guest in their world, of being welcomed into a good-natured (if adults-only) soiree where no one has claws out for anyone except a humorless high school nemesis played by Maya Rudolph. And there's something nice about being included, even if, at two hours, the party goes on for longer than necessary.

Fey and Poehler play sisters Kate and Maura Ellis: one a single-mom stylist and former wild child, the other a divorced nurse who never got to unwind as a teen. The house they're trashing is "Ellis Island," their recently sold childhood home. The news that their parents (the great Dianne Wiest and James Brolin) have sold the house comes as a shock — particularly to the recently unemployed and homeless Kate, who was hoping to relocate with her teenage daughter into that sweet, rent-free family pad and literally howls at the realtor sign on the lawn.

When the sisters meet the new owners, a horrific yuppie couple who pay in cash, they make up a story about the house being haunted in hopes of scaring them off. But the house is haunted, by the ghosts of teen party movies from Sixteen Candles to Project X, and the solution Kate and Maura devise to find catharsis — an all-night rager before the sale closes — is a seance for that lazy brand of cinematic immaturity: climbing the walls, doing keg stands, flipping off the cops. The premise could use more verbal sparring from its improv performers and fewer labor-intensive gags about the house coming to pieces, which slow the pace of the banter way down. But director Jason Moore (Pitch Perfect), who sends his cast flying through walls and floors and sinkholes, has turned the screwball screws a little too tight.

Yet these two redeeming leads are not easily fazed by a tight screw. Fey and Poehler are so in sync with each other that screenwriter Paula Pell (a onetime SNL head writer) could have easily handed them the script with a coin toss to decide the roles. In fact, they've effortlessly flipped the formula from their last big-screen buddy romp, 2008's Baby Mama, where Fey was the uptight one and Poehler was the loose cannon. No matter which stock roles they take or how they play off each other in each scene, the actors find new laughs in places most comics can't (or won't) go, whether they're trying on revealing dresses backward or engaging in some graphic gender-bending cat-calling.

As with every studio comedy these days, there are great ringers among the party guests: Samantha Bee, John Leguizamo and Rachel Dratch all get their moments, plus WWE star John Cena in a wonderfully deadpan role as an imposing drug dealer, and Ike Barinholtz as a single hunk who makes great chemistry with Poehler. Sisters never fully earns the right to any of these talents, but think of it as a chance for two people who have been at the top of their game for more than a decade to celebrate their good fortune with a bit of a victory lap. And then another lap.