Accessibility links
The Holocaust Remains Just Out Of Frame In 'Son Of Saul' The innovatively shot drama about a man attempting to protect the dignity of one boy offers little in the way of reflection, but its kinetic focus on one story strives to be utterly truthful. 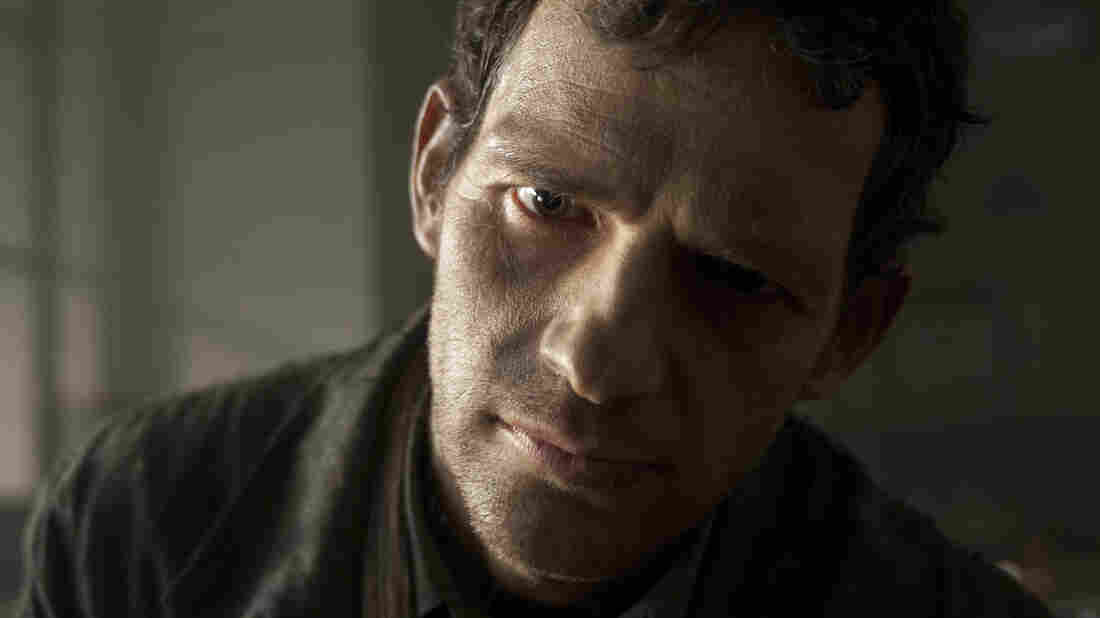 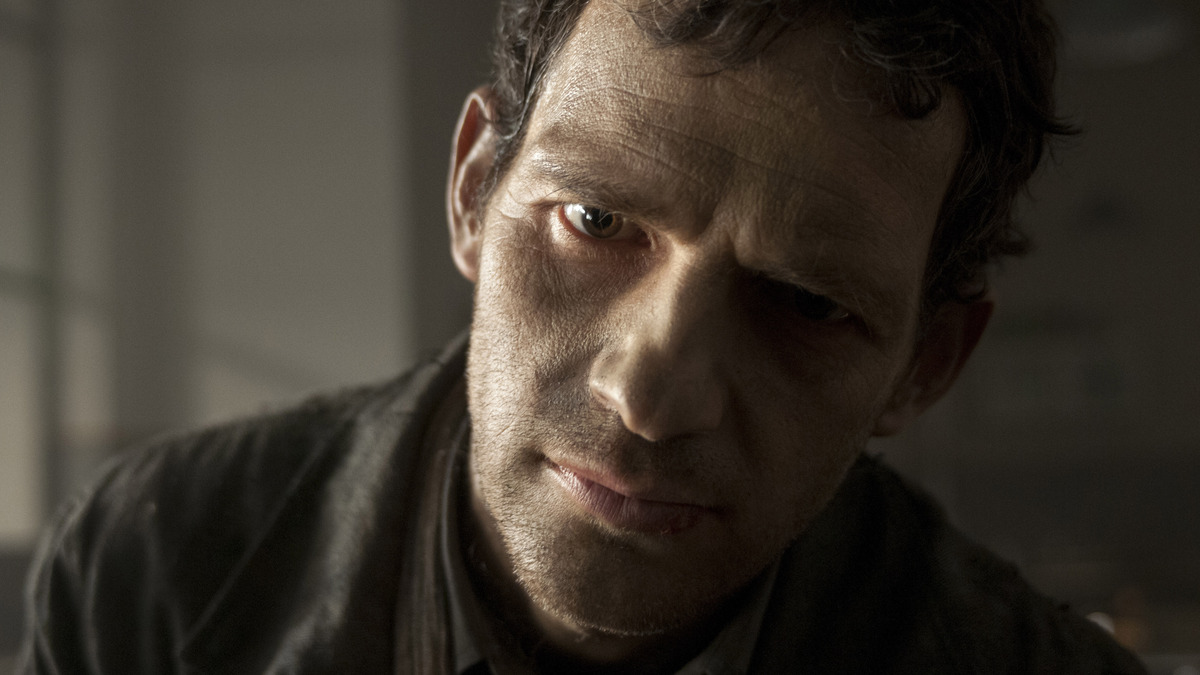 Geza Rohrig as Saul in Son of Saul.

The immensity of the Holocaust requires the filmmaker — even one making an eight-hour documentary — to exclude many aspects of the systematic savagery. None has done so more resolutely than Hungary's Lazlo Nemes, director and co-writer of Son of Saul. The grim yet kinetic drama spends all its time at the shoulder of one man, and its only other major character is a corpse.

The setting is Auschwitz-Birkenau in October 1944. Saul Auslander (Geza Rohrig) is a member of the Sonderkommando, the prisoners who postpone their own murders by herding people into the gas chambers and then disposing of their bodies. Saul, whose last name means "foreigner" in German, is Hungarian. He's part of one of the last major populations of Jews that the Nazis, frantically and fanatically, intend to exterminate before they lose the war.

At the beginning of the multilingual story, which covers barely a day, Saul spots a young man he recognizes as his own son. (The accuracy of this identification is never established.) Saul can't save the youth from being killed, but he insists on preventing his cremation. He wants a proper burial for the child, supervised by a rabbi.

As one of the Sonderkommando, Saul has more autonomy than most Auschwitz prisoners. He can travel through certain parts of the camp, seeking the help of a Hungarian doctor and a Greek rabbi. In the process, Saul's fixation on one dead boy is questioned by his cohorts, who are planning an armed uprising. (This revolt really happened, on Oct. 7, 1944.)

The tiny extent of Saul's freedom is demonstrated periodically by the brutal supervision of kapos and German officers, and constantly by Nemes' visual schema. The movie was shot in muted colors on 35 mm film, and in the near-square academy ratio (also used this year by Hou Hsiao-hsien's The Assassin). A shallow plane of focus and the lead actor's body obscure much of the peripheral action.

The long takes, filmed with handheld camera, don't go anywhere Saul won't or can't. Information — including the gassing of victims — is conveyed less by images than by complex, ominous sounds. The audience is the midst of horror, yet can barely discern it.

The goal is, in part, to avoid showing the unthinkable: a place designed to annihilate with ruthless efficiency. But it's also to put viewers in Saul's place, to immerse them in the dire circumstance and to demonstrate both the man's character and the extreme limits put on it by his all but unfathomable situation.

Yet if Saul's presence in this place is incomprehensible, so is his decision to rescue a single person — and to rescue him not from death but merely from the sort of industrial disposal suffered by millions of others. Another performer might have provided a better sense of Saul's motivation. But Rohrig, a Hungarian punk-rocker turned New York poet who has not pursued a career as an actor, endows Saul with only intensity and relentless motion.

Perhaps that's all anyone could have done. There's no place in the scenario — or in the history that inspired it — for reflection, analysis or explanation. The only straightforward account of what's happening, delivered by the Sonderkommando to new arrivals in the opening scene, is entirely false.

For his part, Nemes strives to be utterly truthful, at least to the experience of temporary survival in a place designed not to be survived. Viewers must decide for themselves whether that's enough, and whether the feeling left at the end of Son of Saul is catharsis, or simply exhaustion.