Accessibility links
Shallow Focus Creates Depth Of Feeling In 'Son Of Saul' NPR's Bob Mondello reviews Son of Saul, a Hungarian film about 24 hours in the life of one man trying to bury the body of a boy under the most dire of situations. 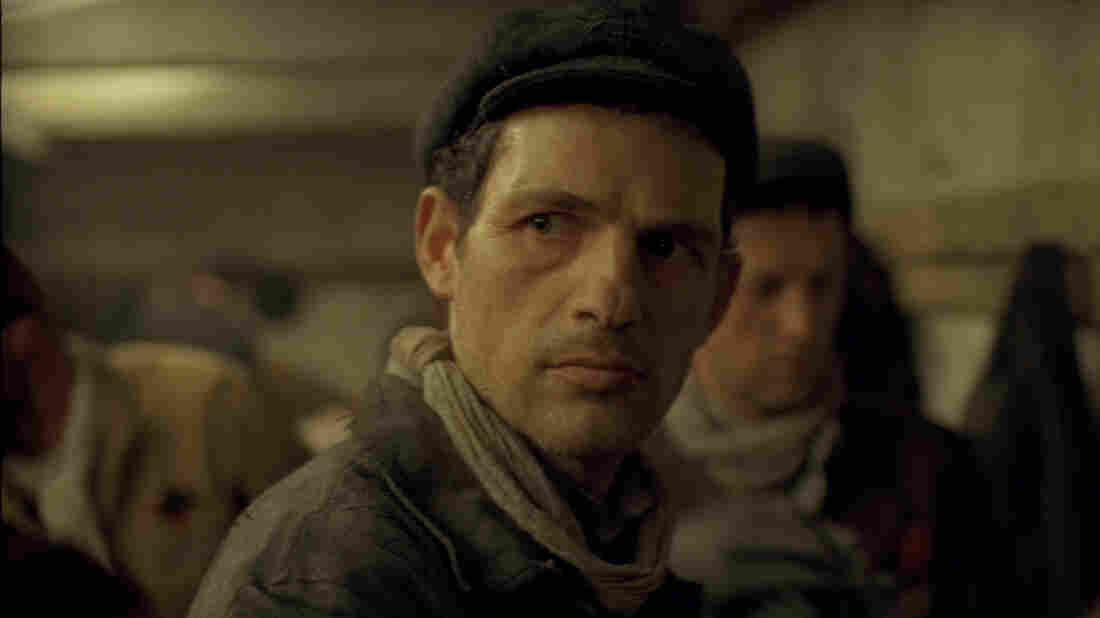 Saul (Géza Röhrig) is almost always seen in a near close-up in Son of Saul, putting you right there next to him. Courtesy of Sony Pictures Classics hide caption 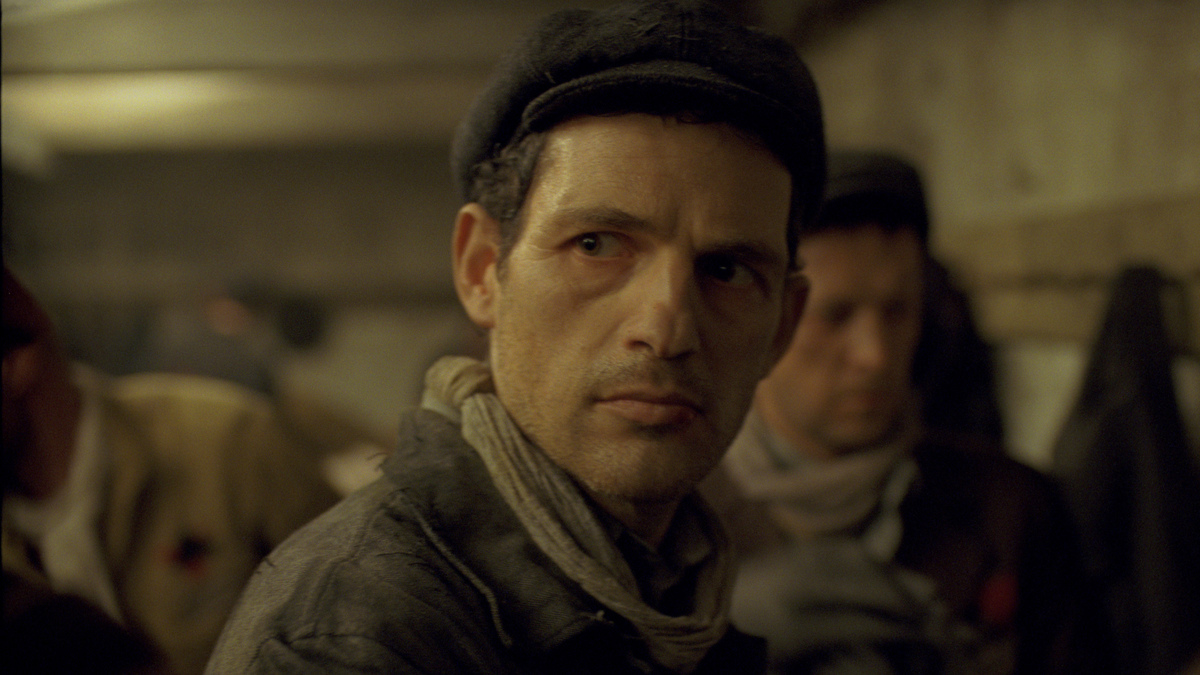 Saul (Géza Röhrig) is almost always seen in a near close-up in Son of Saul, putting you right there next to him.

The camera stays tight on a gaunt, weathered face as we hear a train and the dull roar of exhausted travelers disembarking at the outset of Son of Saul. The screen is narrow — almost square — so there's very little space in the image around his head. As a result, we hear but don't see a band playing as the train's passengers are herded into a building, then to a large room with benches and wall pegs.

The camera stays tight on this man who's ushering people silently. A red "X" painted on the back of his jacket marks him as a Sonderkommando, a prisoner who's being forced to work with the guards. He's different from the other prisoners, but the rest are out of focus anyway, stripping off all their clothes as an off-screen voice tells them, "You're exactly the kind of people we need in our workshops. After the shower and hot soup, come directly to me. Remember your hook number."

Then the door clanks shut behind them, and the gaunt man with the "X" on his jacket starts pulling the clothing off all those hooks people were urged to remember.

And after a bit, the screaming starts.

First-time Hungarian director László Nemes has been telling interviewers that he'd wanted Son of Saul to be an immersive experience, and it definitely is that. What he's immersing you in is Auschwitz-Birkenau, the Nazi concentration camp, so it's not an easy sit, but it is a riveting, effective one, and a genuine change from the familiar conventions of most holocaust dramas.

The director's technique is to shoot almost the entire film in severe close-up on his leading man (Géza Röhrig), which has the effect of putting you next to him in Auschwitz. It also, because the director uses very shallow focus, has the effect of making the atrocities around him blurry and indistinct — which sounds as if it would make the film easier to watch, but actually makes it all the more horrific because you can't focus on what you're hearing: German officers mocking those on their way to slaughter, ashes shoveled into swollen rivers, killing frenzies for no apparent reason.

And filling most of the frame, always, is the man with the "X" on his jacket, who is consumed while we watch him by a single obsession: Though he has been present for thousands of murders, seen many bodies burn in the camp's crematoria, he is searching for a rabbi to give one body — that of a boy who died before his eyes — what he thinks is a proper Jewish burial.

"You've betrayed the living to help the dead," he's told when his single-mindedness puts a camp uprising in jeopardy. But that's a moral quandary that doesn't slow him for a second.

The character's narrow focus, the director's shallow focus, add up somehow to profound depth of feeling in Son of Saul. If there has been a more powerful cinematic experience this year, I didn't see it.