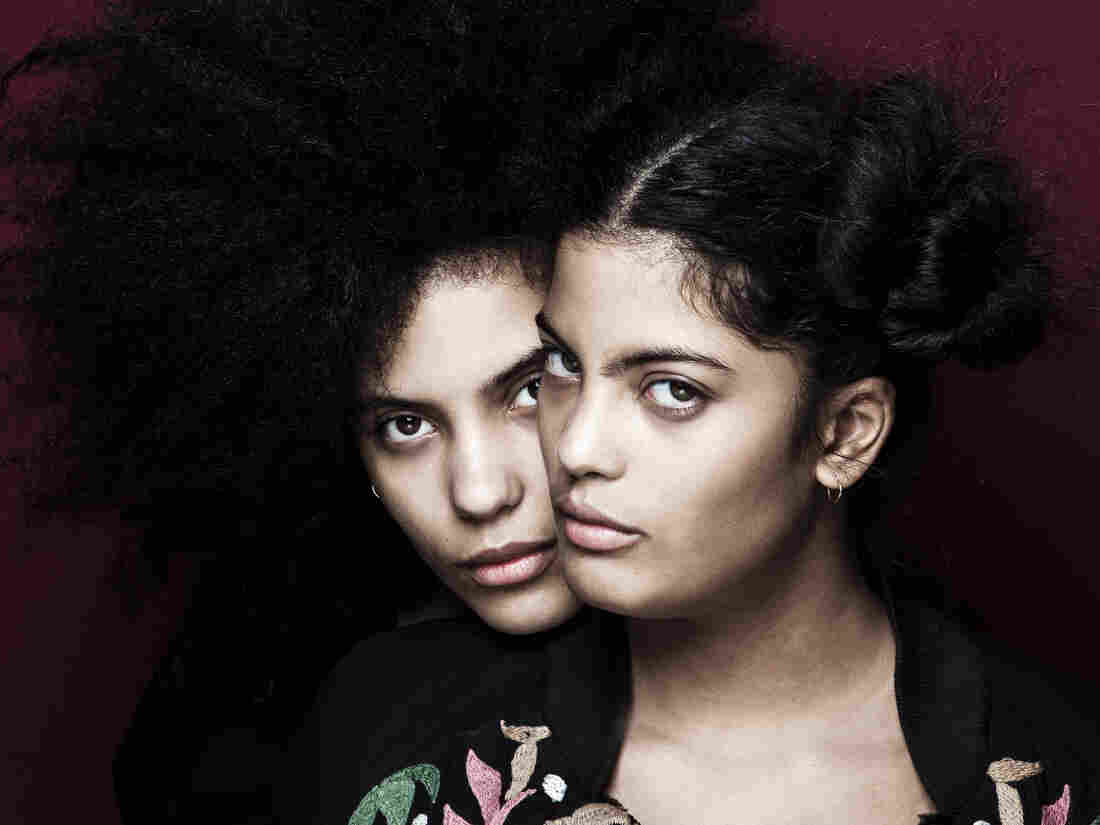 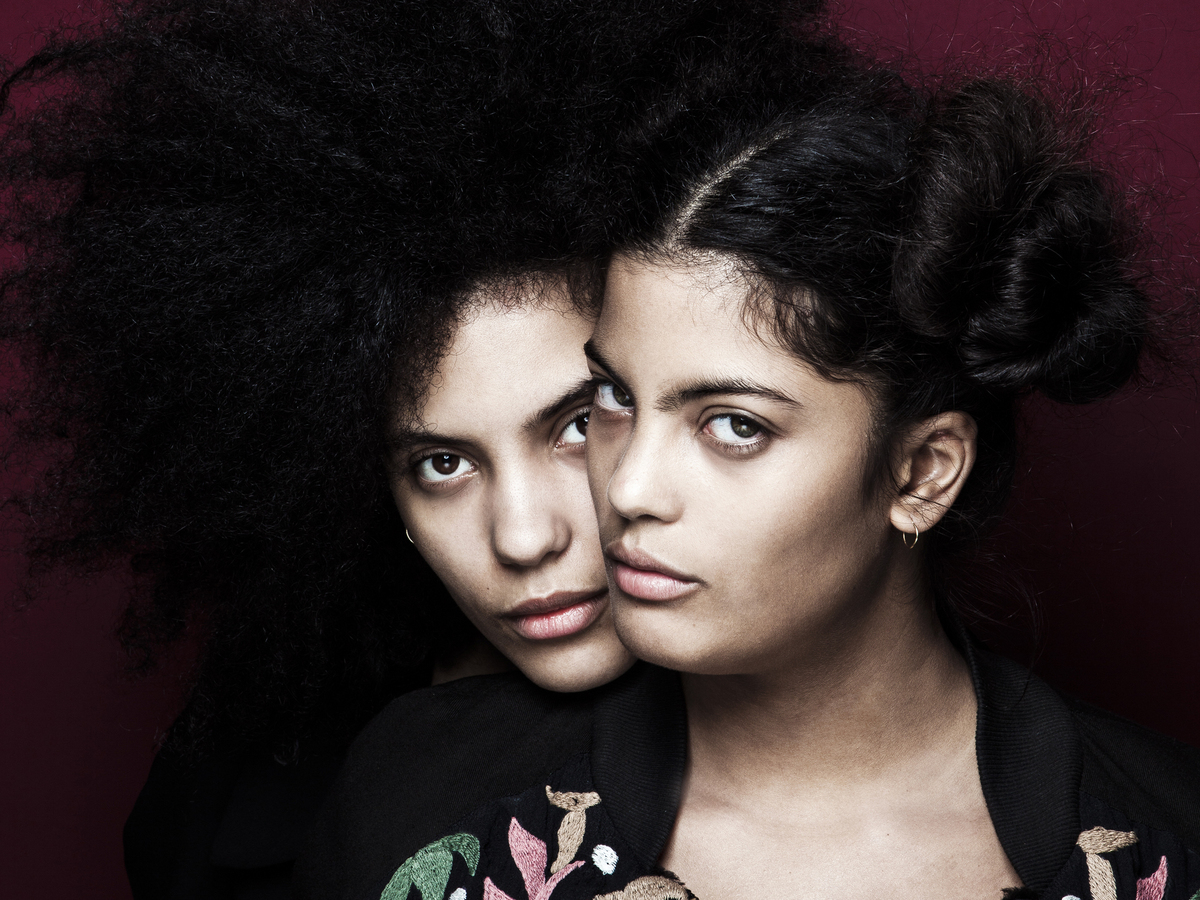 Flavien Prioreau/Courtesy of the artists

2015 was a year in which global music (whatever that term does or doesn't mean) overlapped even more than usual with other genres — and the results were dazzling.

Much of that broadening has evolved organically. Some of the "roots" artists I've selected for this year-end list, like Islam Chipsy and EEK, aren't keeping tradition trapped in amber: unyielding, unchanging or stagnating. Instead, they're using modern production gear and styles, the natural tools of 21st-century artists worldwide.

Other projects are more intentionally cross-fertilized, like the Africa Express rendering of an iconic piece of modern Western music, Terry Riley's In C. Still others, such as the French-Cuban duo Ibeyi and Four Tet's Morning/Evening album, are ones I heard alongside my friends at Alt.Latino and Recommended Dose, and could exist comfortably on many genre-focused year-end lists.

During a year that frankly could have used as much musical uplift as possible, these artists and their creative output, albums and singles and videos alike, affirmed the power of artistic connection — human connection — for me. I hope they do the same for you.

I've probably talked and written about the French-Cuban twin duo Ibeyi more than any other newcomers, first when their EP arrived in 2014, and then again when they released their eponymous debut this year. The sound sisters Lisa-Kaindé Diaz and Naomi Diaz have is simply intoxicating: a mix of deep soul, electronics and shades of jazz and hip-hop planted in Afro-Cuban ground, layers of their voices, piano, cajón, batá, synths and samples.

Ibeyi frames their mostly English (and occasionally French) lyrics with Yoruba chants. Their self-identity is enveloped in the Afro-Cuban santeria tradition they inherited from their father, renowned Cuban percussionist Miguel "Angá" Díaz. Even the duo's name is steeped in Yoruba meaning; "ibeji" means "twins" — and twins are both astoundingly common in West Africa and especially prized in Yoruba culture. From the big, thudding beats of "River" and the ecstasies of "Oya" to the sinking, strange harmonies of "Think of You" and the tender "Yanira," this is a remarkable album from a pair of old souls.

A couple of years ago, Syrian wedding singer Omar Souleyman became a darling of the American and European tastemaking circuit. But I always thought the real genius in Souleyman's band was his largely unheralded keyboardist, Rizan Sa'id. The keyboard takes front and center in Egypt with Cairo's Islam Chipsy and his trio EEK, who released their debut studio album, Kahraba (Electricity), this year. With drummers Khaled Mando and Islam Tata, Islam Chipsy creates a solid wall of frenzied, psychedelic, distorted sound underpinned by insistent electro-chaabi beats. EEK's music is all instrumental, but it will definitely make you want to sing, shout — and for sure dance.

When I needed a boost over the last few months, one tune I immediately turned to was a bright and bubbly earworm from Japan. The group is Sakanaction, a Japanese art-rock band from Sapporo. Their single "Shin Takarajima" (New Treasure Island) is the theme for the movie Bakuman, which in turn is based on the Bakuman manga series.

Along with the super-hooky song, I love the visual style of Sakanaction's video — especially the band's unperturbable, gray-swathed deadpan in the midst of a squad of sunny cheerleaders.

Sam Lee: 'The Fade In Time'

When British singer and song collector Sam Lee and his band performed at our Tiny Desk this summer, more than one NPR Music staffer was in tears. The arrangements that appear on The Fade In Time are fabulously imaginative and sophisticated, between the warm instrumentals (ranging from trumpet and cello to the Indian sruti box and a Japanese koto) and cleverly interlayed archival folk recordings. They form a gorgeous frame for Lee's voice and underline his undeniable passion for keeping old songs from England, Ireland and Scotland alive, particularly those from "outsiders" like the Roma and the Scottish and Irish Travelers. With songs like the rolling "Johnny O'the Brine," the haunting war ballad "Bonny Bunch of Roses" and the achingly lovely "Blackbird" beaded like gems on a necklace, I've played this brilliant album countless times already. You will, too.

To be Greek means to be part of a people whose collective identity seems to exist, for better or worse, in several historical epochs simultaneously, from the ancients to the Byzantines and onward into the present. This is an idea that recurs in the work of some of our greatest poets and authors, but it's a hard idea to translate into music. Yet it's what I thought of immediately upon first hearing this moody and gorgeous album. It's the first release from the duo Xaos (pronounced "HAH-ohs," it translates to "chaos"). It is a collaboration between Ahetas, an electronic music composer, keyboardist and painter born in Australia and raised in Greece, and Dubulah, a German-born producer and artist of Greek-English parentage whose collaborators have included Dub Colossus and Samuel Yirga.

On each track, they carefully build layers of swirling sonics, referencing many points in the Greek experience with instruments like the Pontic lyra (a three-stringed, bowed lute) and the delicate kanonaki zither blended with modern electronics. But you don't have to think about such cultural specificities — just let yourself sink deep, deep down into the wine-dark sea of sound.

Terry Riley's iconic In C, originally composed in 1964, is an infinitely malleable feast of sound: It's a piece playable by any group of musicians for as long as they desire. Here, it travels to West Africa through instruments like the ngoni lute, the xylophone-like balafon and the kora, a cousin of the harp along with guitar, melodica and vocals. Their ranks include such English and American heavy hitters as Brian Eno, Damon Albarn and Nick Zinner of the Yeah Yeah Yeahs. Earlier this year, Riley told me that this conception of In C was incredibly creative, and "treated so freely that you see it as a whole new piece." What higher compliment could there be for this fresh-sounding, absolutely transporting 41-minute ride?

One of the smartest cross-genre outings this year came via British producer Four Tet (a.k.a. Kieran Hebden) and his two-song Morning/Evening album. The sample for "Morning" is the divine Lata Mangeshkar singing a classic 1983 Bollywood film number, "Main Teri Chhoti Behana Hoon." It's a dramatic, sad song, but here Four Tet lifts it into a contemplative realm with layers of synths and, believe it or not, kick-drum. The overall — and quite stunning — effect is of a dreamy alaap coming and going in gentle waves of sound. In the tradition of Indian classical music ragas that are meant to be played at specific times of day and night, the other half of Four Tet's album flips to an atmospheric evening mood.

Another sublimely genre-thrashing album this year was also a debut, Mbongwana Star's first album, From Kinshasa. The band (whose name includes the Lingala word for "change") is helmed by Yakala "Coco" Ngambali and Nsituvuidi "Théo" Nzonza, two former members of the inventive Staff Benda Bilili, a group that unfortunately imploded acrimoniously a couple of years ago. Working alongside Irish-French producer Doctor L (a.k.a. Liam Farrell), the band splits open expectations of the "sound of Africa." Rather, they take traditional Congolese dance-band music and shoot it straight into some future sound. They filter elements of electronica, post-punk and funk through a scrim of modern production, layering in distortion, reverb and metallic percussion.

For one of the tracks, "Malukayi," Mbongwana Star is joined by the coolly funky Konono No. 1, with a video that conjures up the fantastical world of a Congolese young man, dressed as an astronaut, ambling through the thrumming streets of Kinshasa. This is densely layered dance music for the alienated, floating out in space.

Who's rivaling Drake for video views right now? How about Moroccan pop superstar and actor Saad Lamjarred, whose spring single "Lm3allem" ("Teacher," or as Lamjarred's team translates it, "Boss") continues its hold on YouTube.

The son of singer Bachir Abdou and actress Nezha Regragui, Lamjarred offers an eye-poppingly fresh video that matches the stylistically polyglot electro/Arab pop/hip-hop track. While the Moroccan-born, U.K.-based artist Hassan Hajjaj is credited just as the video's costume designer, his thematic preoccupations dominate the look of "Lm3allem," starting with those young women on motorbikes.

Imagine the band Haim meeting the late Ofra Haza, with some EDM thrown in for good measure. That's the wave the fast-rising Israeli sister act A-WA — Tair, Liron and Tagel Haim — rides. They pull inspiration from their Yemeni Jewish roots, as well as exploring commonalities with their Arab neighbors, including language; the band usually sings in Yemeni Arabic.

Produced by Tomer Yosef, whose band Balkan Beat Box provided the hooky sample for the Jason Derulo hit "Talk Dirty," A-WA cheekily pairs old and new both sonically and visually, as you'll see in the video for their song "Habib Galbi" (Love of My Heart), filmed near their home village in the barren desert of Israel's far south. Check out the tasselled snapbacks on their track-suited dancing friends — caps that manage to reference both hip-hop and traditional tarboosh hats, a.k.a. fezzes. And consider this song a warm-up — the trio is planning a U.S. tour for spring 2016.