Accessibility links
How 'Accidental' Notes Grab Our Attention In music, "accidentals" are notes that color just outside the lines. They shocked listeners during the Renaissance, but these days you can find them all over the place. 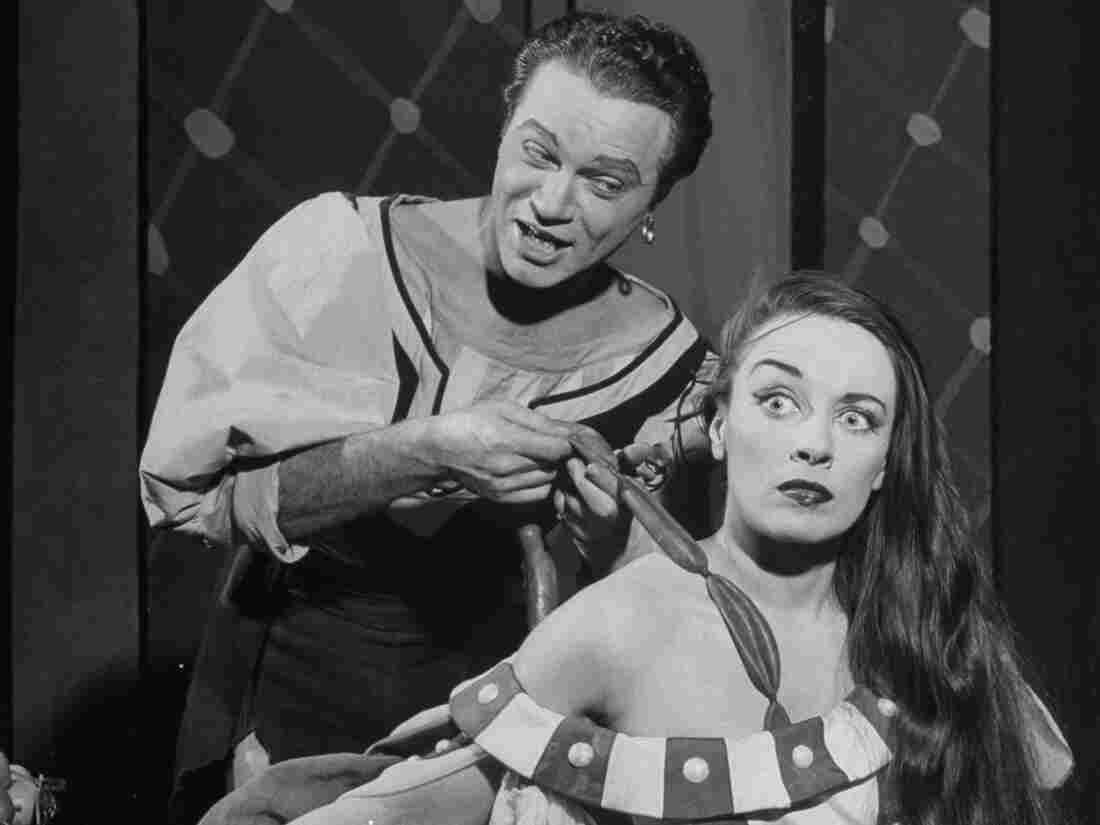 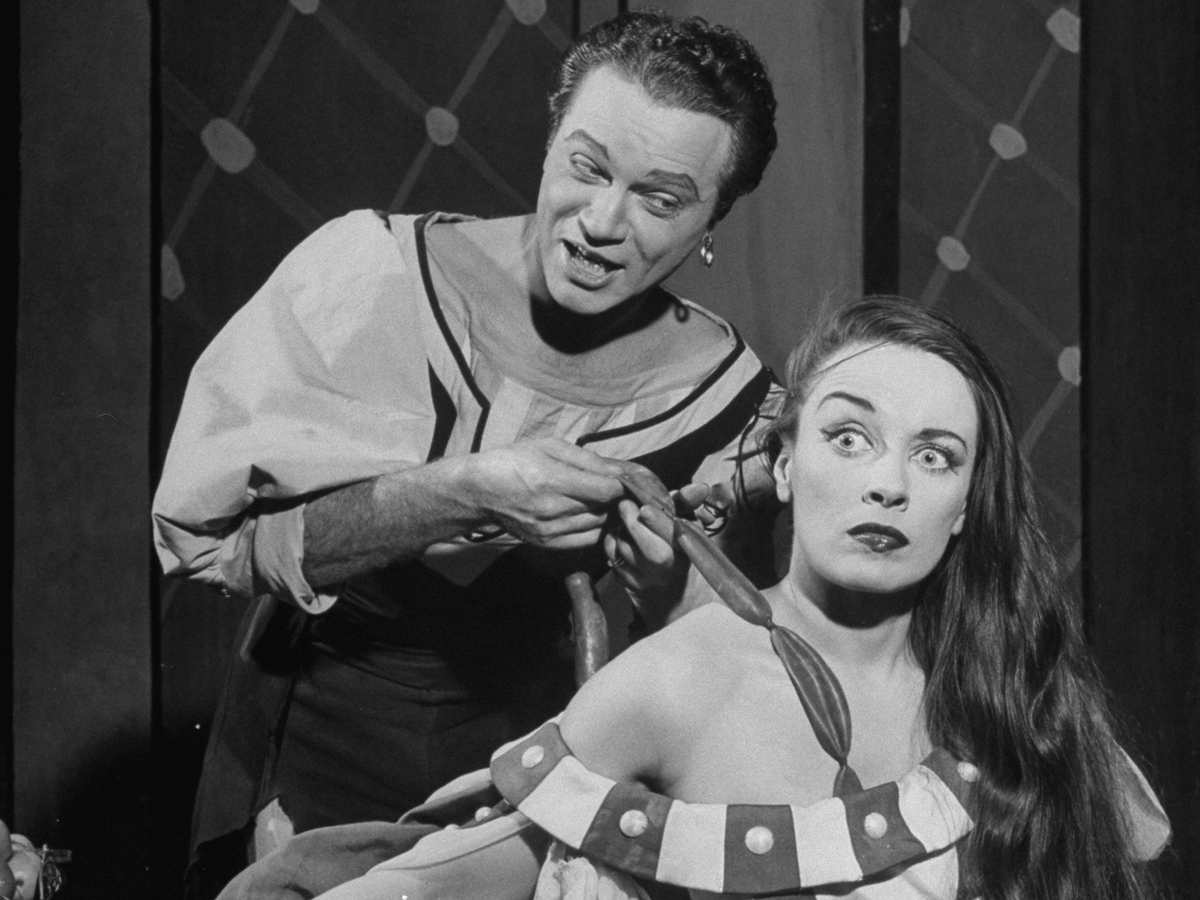 Alfred Drake and Patricia Morison perform in the 1958 TV adaptation of Kiss Me, Kate. The music by Cole Porter employed accidental notes to help illustrate the lyrics.

Sometime around the 11th century, Western composers began to make room on the page for a new kind of sound. These notes would fall outside the key of a piece of music — generally a half-step higher or a half-step lower. They could even sound like a mistake. And that's how accidentals were born.

The word "accidental" has all the elegance of a police blotter: accidental homicide ... accidental fall ... accidental overdose. But in music, accidentals are notes that add a hint of drama to a measure. Some are sharp, others are flat. Others cancel out a sharp or flat and restore a measure to its earlier key.

Johann Sebastian Bach wrote the Chromatic Fantasy and Fugue in D Minor more than 300 years ago. One of the reasons why it sounds so intense is because there are notes throughout that aren't like the rest. They're not in D minor, and they add different flecks of color to the music. Those are accidentals.

The last time I saw songwriter and producer Allen Toussaint, he sat at his grand piano and demonstrated what accidentals can do in a more modern vernacular.

"Technically, whenever you play, you are usually in a major mode or a minor mode, and a certain amount of notes goes in that scale," he said, while playing the F scale on the piano. Then Toussaint played a note that sounded a bit odd. "Accidental is a very good term for that," he said, "because it's outside the scale you're in."

David Torkanowsky trained at the Berklee School of Music and became a modern jazz pianist and bandleader; his father, Werner Torkanowsky, was a symphony conductor. Torkanowsky says that while accidentals were shocking to music lovers during the Renaissance, these days you can find them all over the place, from church hymns to jazz. And yet, a well-placed one can still provoke.

"You deviate from what is expected so you have someone's attention," he says. "In this day and age, that's all you can hope for, is to have their attention for a minute."

On a music staff, accidental notations look drab. The symbol for a sharp looks like a hashtag. A flat looks like a small letter "b." The symbol for a natural — which restores the music to its earlier key — looks like a single step on a fire escape. But in the hands of a composer like Richard Wagner, they're magical tools of storytelling. Half-step by half-step, the music becomes more demanding, more visceral.

It doesn't take musical training to perform accidentals. Musicians who can't read music learn the notes by ear. And most people sing them without ever knowing that they're continuing a thousand-year tradition. Amy Pfrimmer, who teaches classical voice at Tulane University in New Orleans, says modern composers often use accidentals to enhance lyrics — a notion known as word painting.

"Word painting is giving emphasis to a particular word or passage of text," Pfrimmer says. "For example, if I was talking about weeping or crying I might have descending half-steps that would indicate something like that."

Pfrimmer says the composer behind Kiss Me, Kate was particularly clever at word painting: "In the ending of 'So in Love,' that's where a bunch of accidentals are inserted by Cole Porter," Pfrimmer says. "And you get the sense that he's actually telegraphing falling in love."