Accessibility links
Obama Insists Climate Deal Will Outlast GOP 'Climate Denial' With a Paris climate agreement just over a week old, President Obama is singling out the GOP on climate change in an interview with NPR.

With a Paris climate agreement just over a week old, President Obama is singling out the GOP on climate change. In an interview with NPR's Steve Inskeep, the president lambasted Republicans, whom he views as excessively contrarian on the issue.

"The Republican Party in the United States is perhaps literally the only major party in the developed world that is still engaging in climate denial," he said. Here's his explanation for calling the GOP's stance an outlier on climate, even compared with "far-right" parties in other places:

"Even far-right parties in other places acknowledge that the science shows that temperatures are going up and that that is a really dangerous thing we've got to do something about," Obama said.

The statement echoes comments he made in a Friday press conference.

Conservatives in other major democracies are often less likely than liberals — sometimes by wide margins — to believe that climate change will harm them personally and that rich countries should do more to stop climate change. The Pew Research Center found these sorts of trends (to varying degrees) in Australia, Germany, Canada and the United Kingdom, as well as the U.S. 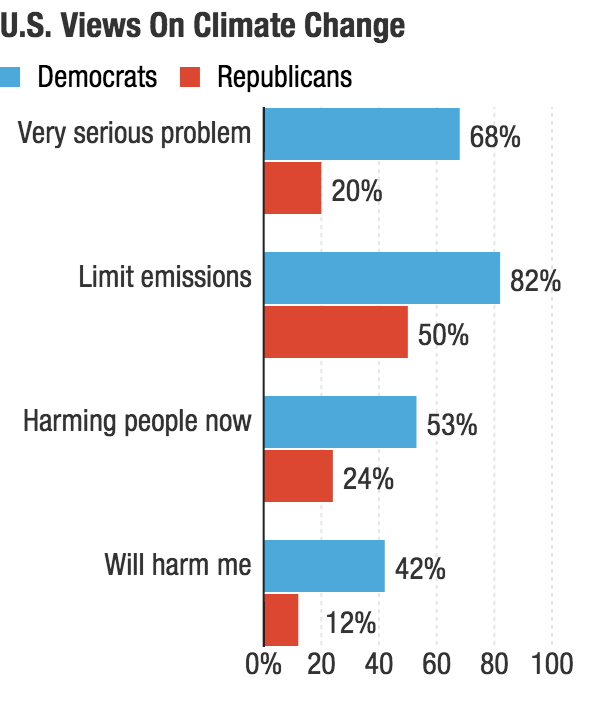 The partisan gap on climate change in the U.S. is wide. Pew Research Center hide caption

However, there is evidence that the GOP is unique in other ways. A paper by the University of Bergen's Sondre Batstrand found that the GOP is an "anomaly" among nine advanced democracies' conservative parties in denying man-made climate change. In addition, the U.S. and Australia's conservative parties stood out in their opposition to state interventions to limit the effects of climate change. (The paper was pointed to by Jonathan Chait in a New York Magazine piece on the GOP's climate positions)

Obama's challenge to the GOP came in response to a question from Inskeep about whether a future president might undo his work on the nonbinding climate deal.

In his answer, Obama later said (at 22:42 in the video) he thinks that "by the time that even a Republican president came into office, what you would have seen would be a growing realization that not only should we do something about climate change, but it's not only a challenge, it's also an opportunity."

For now, that kind of "growing realization" may be wishful thinking on Obama's part. GOP voters aren't particularly friendly to international climate agreements. Only 42 percent of Republicans, compared with 86 percent of Democrats, say that the U.S. should join an international treaty to curb climate change. 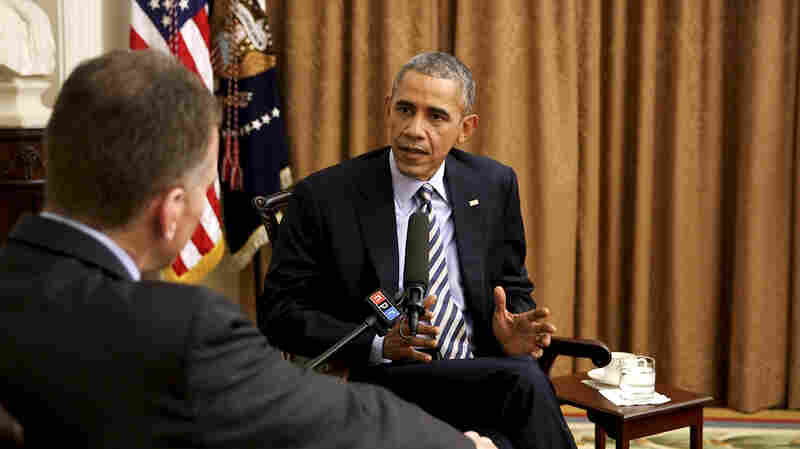 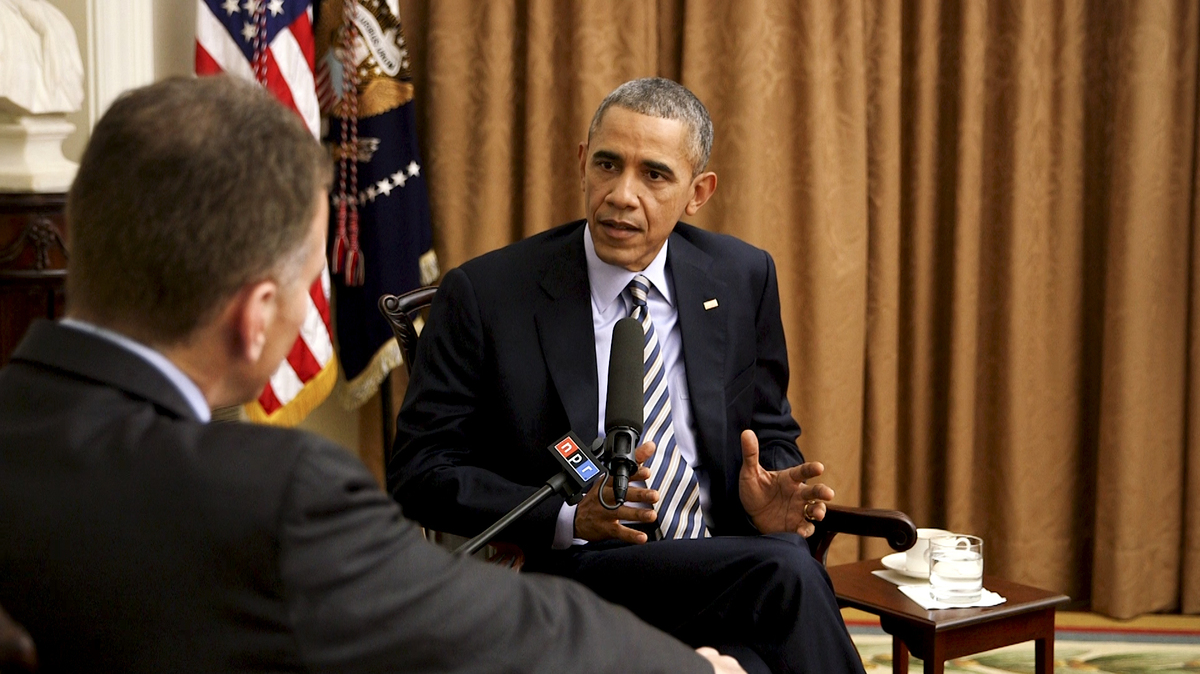 Within the Republican Party, beliefs about climate change vary; an NPR analysis earlier this year found that 7 of 14 remaining GOP presidential contenders had said that humans play some role in climate change. Only Sen. Lindsey Graham, who dropped out of the race this week, and Louisiana Gov. Bobby Jindal, who has also dropped out, had said they would address climate change as president, according to that analysis.

The argument against action on climate change isn't always about climate denial; often, it's about fears of big government hurting big business. In an interview with NPR earlier this month, Republican presidential candidate Sen. Ted Cruz called climate change "the perfect pseudoscientific theory for a big-government politician who wants more power." (Cruz once voted to say climate change is real, though he has since cast doubt on the notion of climate change.)

And this is where one huge partisan divide shows up among presidential candidates: All of the remaining Democratic candidates have pledged to combat climate change.

This story was updated to reflect that Lindsey Graham dropped out of the presidential race.