Donald Trump has gained traction in the Republican primary, according to President Obama, because the boisterous billionaire has found a way to play off American anxieties, especially among "blue-collar men."

The president told NPR's Steve Inskeep in an interview late last week that economic and demographic changes in the country, including his own "unique demographic," have left a void that Trump is "exploiting."

"Particularly blue-collar men have had a lot of trouble in this new economy, where they are no longer getting the same bargain that they got when they were going to a factory and able to support their families on a single paycheck," President Obama said.

Here's part of what the president had to say:

"I do think that when you combine that demographic change with all the economic stresses that people have been going through — because of the financial crisis, because of technology, because of globalization, the fact that wages and incomes have been flat-lining for some time, and that particularly blue-collar men have had a lot of trouble in this new economy, where they are no longer getting the same bargain that they got when they were going to a factory and able to support their families on a single paycheck — you combine those things, and it means that there is going to be potential anger, frustration, fear.

"Some of it justified, but just misdirected. I think somebody like Mr. Trump is taking advantage of that. That's what he's exploiting during the course of his campaign."

Much of that anger and frustration has been directed at this president. Pressed on whether he understands why some regular Americans blame him and believe he is changing the country for the worse, he answered this way:

"Well, look, if what you are asking me, Steve, is are there certain circumstances around being the first African-American president that might not have confronted a previous president, absolutely. ...

"If what you are suggesting is that, you know, somebody questioning whether I was born in the United States or not, how do I think about that, I would say that that's something that is actively promoted and may gain traction because of my unique demographic. I don't think that that's a big stretch. ... The fact of the matter is that in a big country like this, there is always going to be folks who are frustrated, don't like the direction of the country, are concerned about the president.

"Some of them may not like my policies, some of them may just not like how I walk, or my big ears or, you know. So, I mean, no politician, I think, aspires to 100 percent approval ratings. If you are referring to specific strains in the Republican Party that suggest that somehow I'm different, I'm Muslim, I'm disloyal to the country, etc., which unfortunately is pretty far out there and gets some traction in certain pockets of the Republican Party, and that have been articulated by some of their elected officials, what I'd say there is that that's probably pretty specific to me and who I am and my background, and that in some ways I may represent change that worries them."

The president noted, however, that there are those who object to his policies and may have "perfectly good reasons for it," like when it comes to coal, for example.

"I think if you are talking about the specific virulence of some of the opposition directed towards me, then, you know, that may be explained by the particulars of who I am. On the other hand, I'm not unique to that. I always try to remind people, goodness, if you look at what they said about Jefferson or Lincoln or FDR — finding reasons not to like a president, that's, you know, a well-traveled path here in this country." 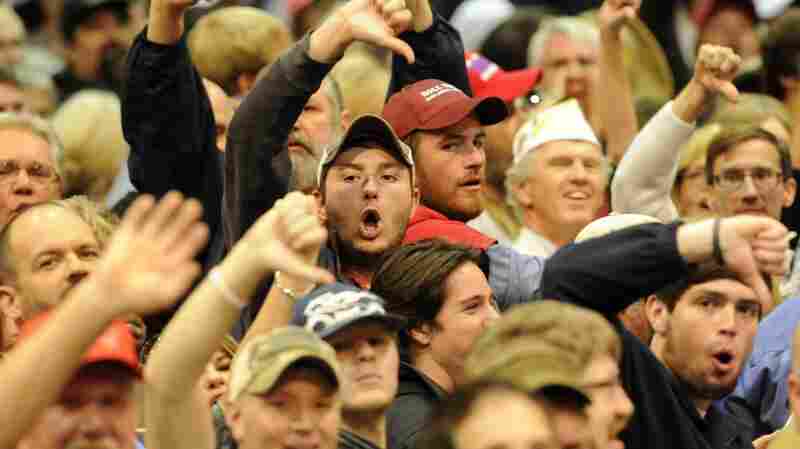 At a November rally in Birmingham, Ala., Trump supporters boo the media after a heckler was removed from the event. Eric Schultz/AP hide caption 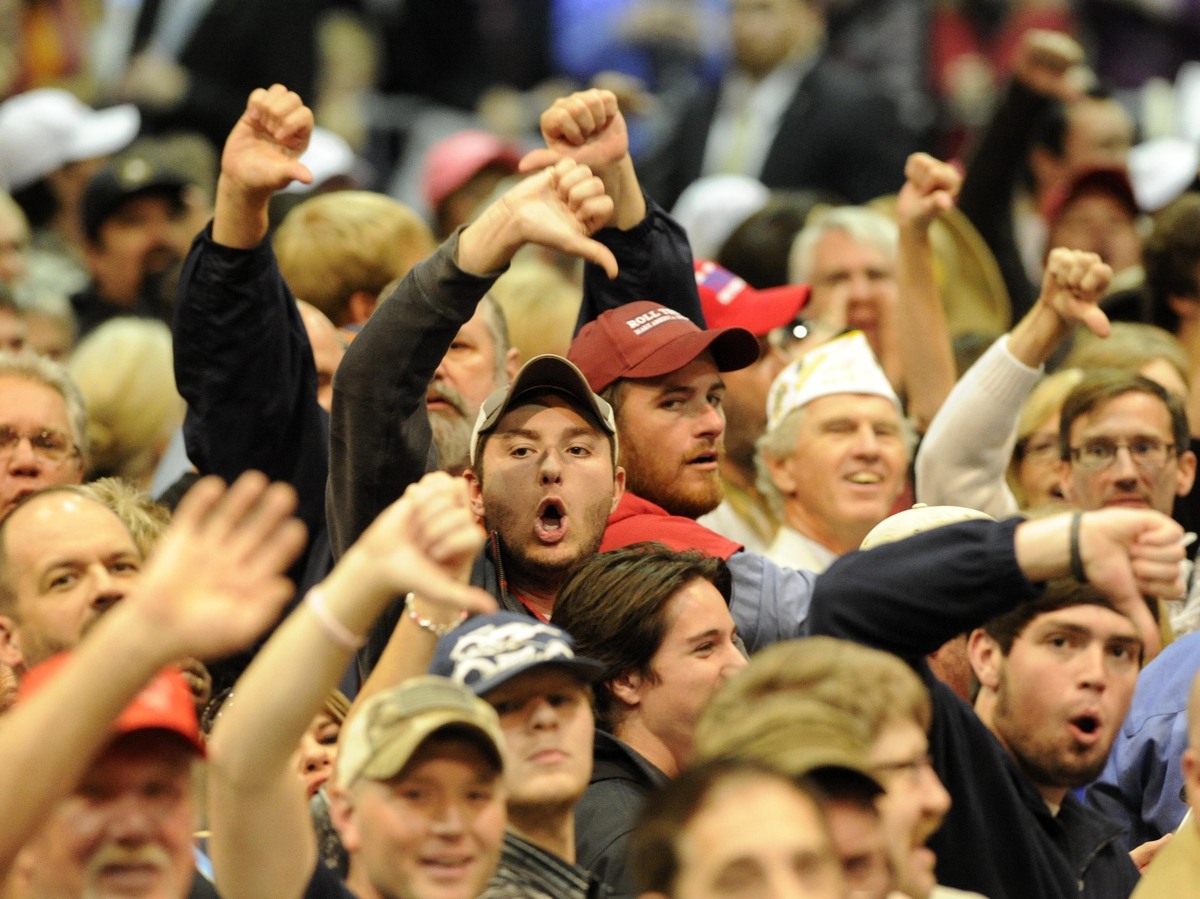 At a November rally in Birmingham, Ala., Trump supporters boo the media after a heckler was removed from the event.

Regular refrains at Trump's rallies — headlined with his campaign tagline, "Make America Great Again" — include railing against immigrants entering the U.S. illegally to take jobs, halting Syrian refugee relocation and, more recently, the candidate's call to stop any Muslims from coming into the U.S. (at least temporarily) amid terrorism fears.

Born out of those fears, many of Trump's rallies have taken on a dark tone in recent weeks. There have also been regular dust-ups between attendees and protesters, with insults flying directed at detractors and the press.

An NPR analysis earlier this year found that one reason Trump has been able to sustain his surprising momentum so long is that he has strong support among those blue-collar voters — mostly white men without a college degree.

"The groups that he's doing well with are very often the core of the Republican Party's primary electorate, which is why he's not taking much incoming attacks from his fellow competitors," Lee Miringoff, director of Marist College's polling operation, told NPR back in August.

But that success in a GOP primary may not necessarily translate to a general election, where the electorate is expected to be less white, more educated and more diverse, both demographically and socioeconomically.