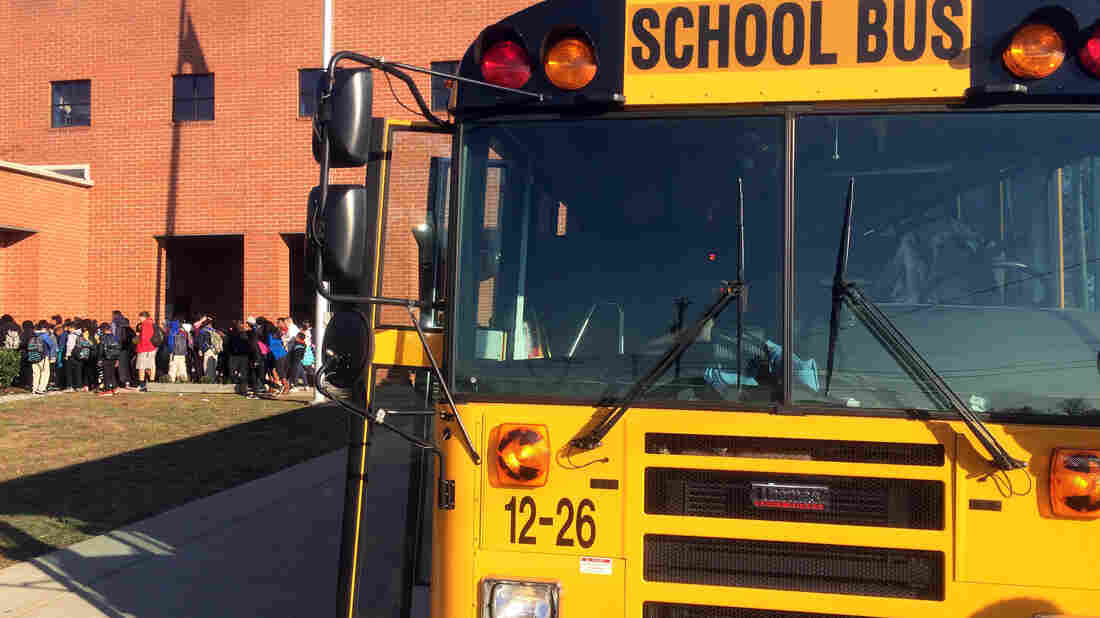 A school bus drop off students in Nashville, Tenn., where the city's school district has experienced one of the worst shortages of drivers in the country. Blake Farmer/WLPN hide caption 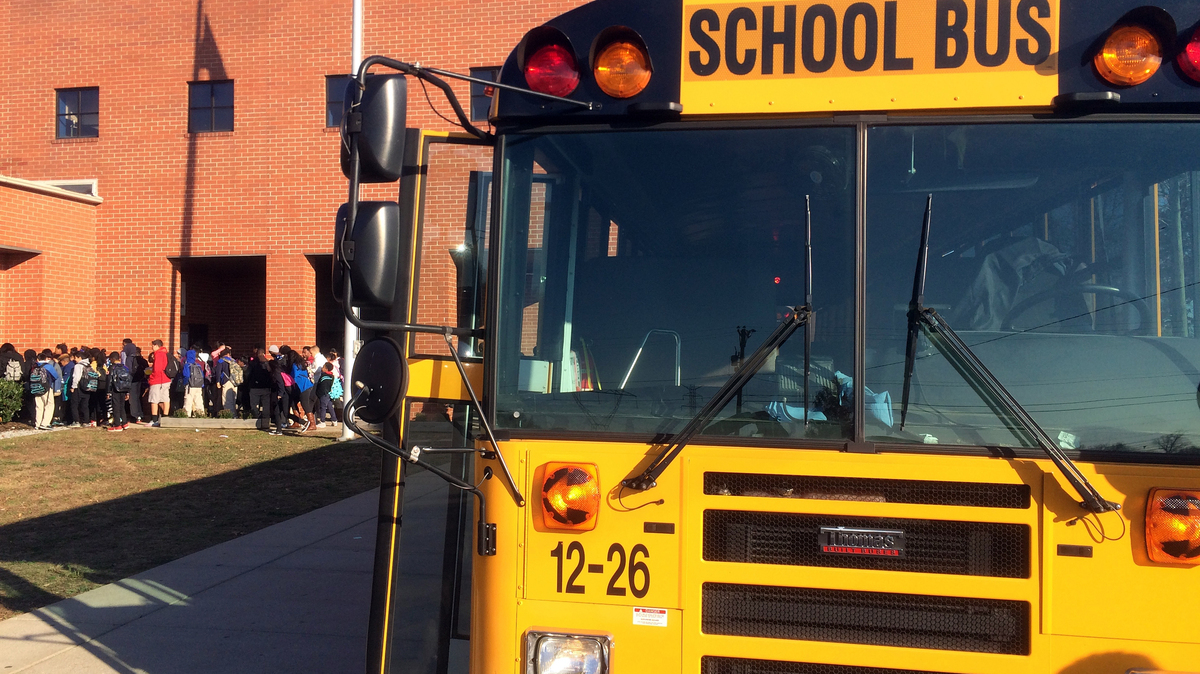 A school bus drop off students in Nashville, Tenn., where the city's school district has experienced one of the worst shortages of drivers in the country.

There's a school bus driver shortage in districts from Indiana to Florida, and Nashville, Tenn., has one of the most pressing. Nearly a quarter of the city's 550 slots for drivers are unfilled — and that's when no one is sick.

Being short-staffed on routes is stressful as drivers scramble to try to cover for each other. Earlier this year, for example, one Nashville high school's 10 routes had no dedicated drivers. Veteran driver Suzanne Adams says she was running back-to-back routes to make sure the students got picked up. "You should be doing three routes in the morning and three in the afternoon," she says. "I was doing 6 1/2 in the morning and six in the afternoon."

Kids were left waiting for an hour or more and showing up to class after the bell rang. Sophomore Souleen Ramazan, who rides on Adams' bus, says she understands.

"It is a hard job. You have to wake up extra early in the morning. It's hard for them, too," she says.

For many, the hard part isn't the early mornings; it's the unpaid time off. There's spring break, fall break, winter break, not to mention summer. It requires disciplined budgeting, even for someone like Adams who has topped out on the hourly pay scale.

"When the kids are out of school, we don't get paid. That's really hard, so I do understand people going somewhere else," Adams says.

Trucking Shortage: Drivers Aren't Always In It For The Long Haul

Tracy Garton has been a Nashville school bus driver for a decade. "I've said like every year that I'm going to quit and look for something else," he says.

It's not the kids that keep him coming back. In the past week, he's caught one student smoking marijuana, and another threw a bottle out the window and broke a windshield.

"You gotta sit with the police and go through all that. It's just stressful, you know. It's not just like a regular job where you go in, work and go home," he says.

And there are many other regular jobs out there right now. They can make more driving charter buses or 18-wheelers, and the trucking industry has an even more pressing driver shortage, so sometimes there is a signing bonus.

Like other desperate districts, Nashville's public schools have raised pay and offered bonuses. Administrators admit they failed to keep pace during the economic recovery, especially since bus drivers bore some of the budget cuts during the recession.

"An ancillary service like transportation can be one of the first places a school district looks to make cuts," says Tom McMahon, editor of a trade publication called School Bus Fleet. He surveys districts every year on staffing levels. There's a direct correlation: When unemployment is high, districts have very little trouble finding drivers. But low unemployment spawns an exodus.

"School bus drivers in many cases just aren't paid enough for the amount of responsibility they have," he says.

Nashville's shortage has gotten the attention of some brave job seekers, and recently, a new batch of drivers was learning how to back a 45-foot-long vehicle. The school system is paying new drivers, like Roman Steele, while they study to get their commercial licenses.

"Pretty much I thought it'd be a cool opportunity. I was like hey, I need a job, so I'll give it a shot," Steele says.

He says driving a bus can't be that bad.