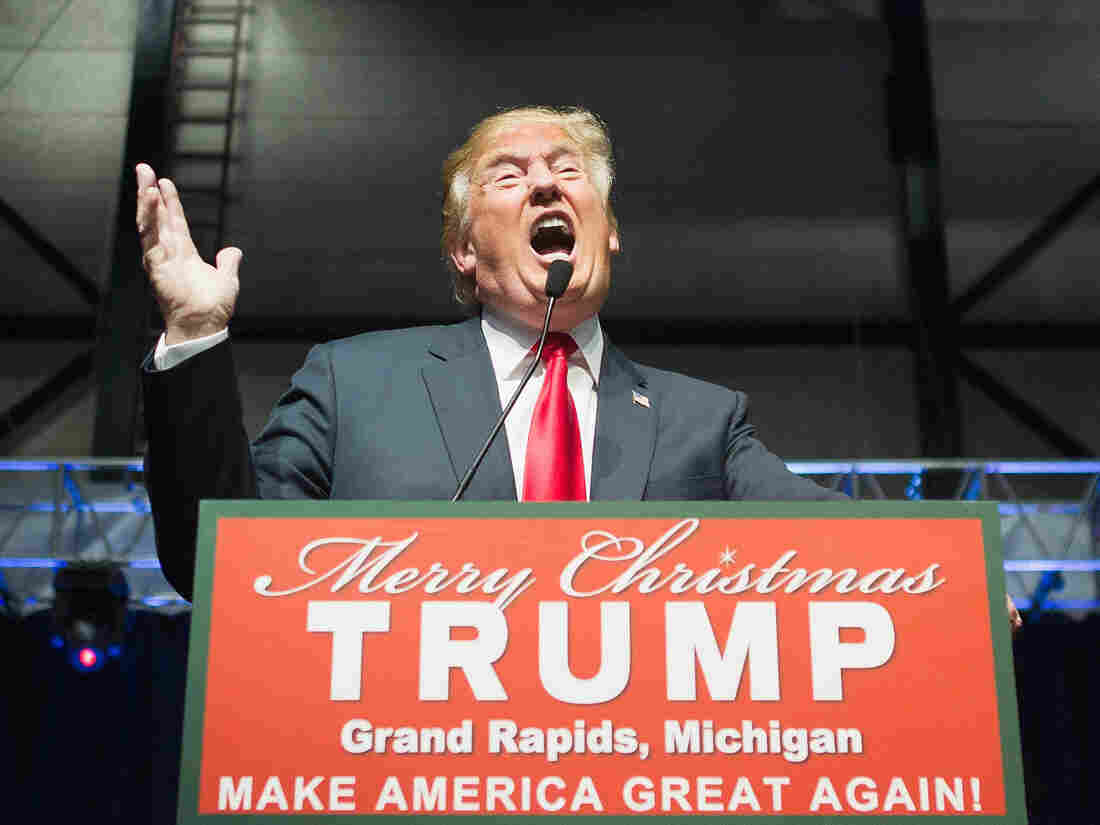 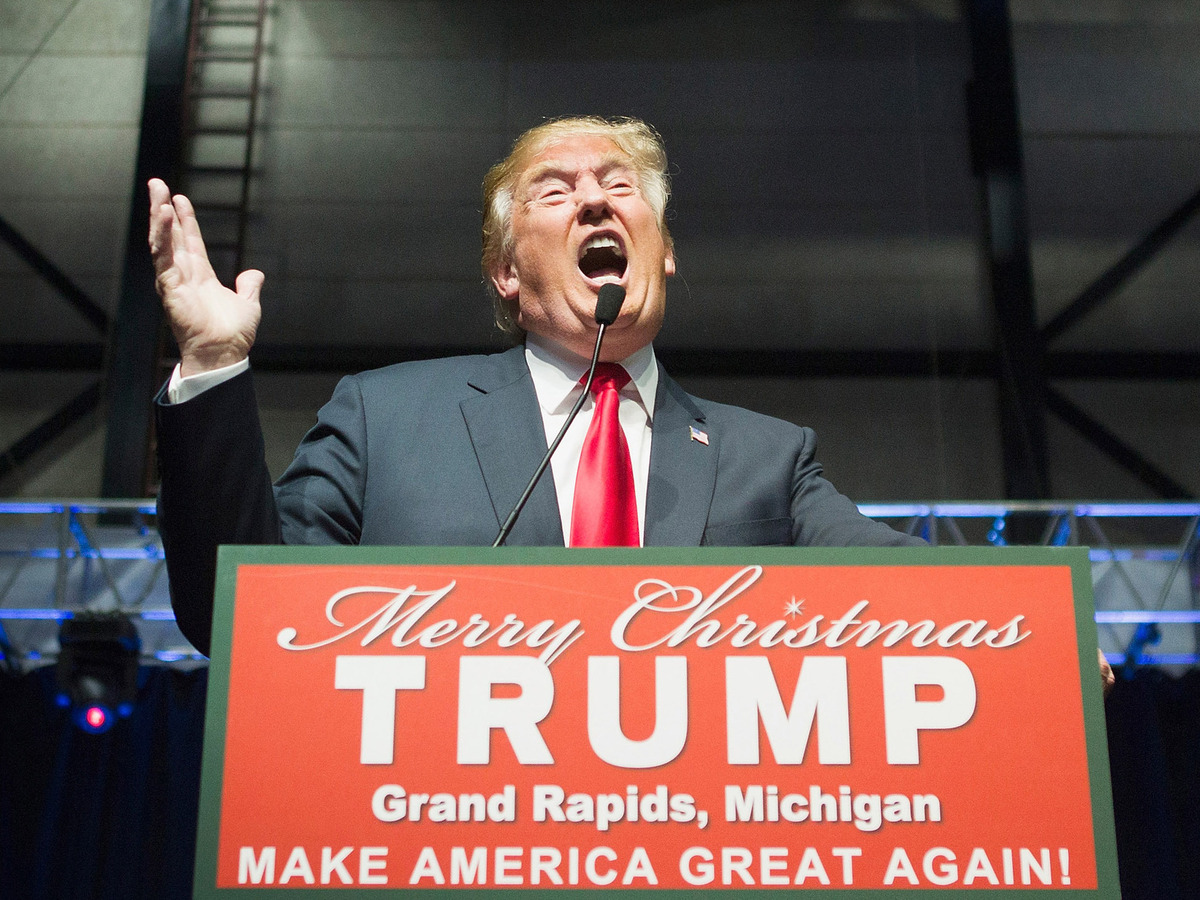 Donald Trump continued his pattern of provocative rhetoric on the campaign trail this week. At an event in Grand Rapids, Mich., Trump told supporters that Hillary Clinton got "schlonged" in the 2008 race.

As it turns out, the use of "schlong" as a verb is not unprecedented in political discourse. As the Washington Post's Justin Moyer pointed out, NPR's own Neal Conan used it on the air in 2011, explaining that the Walter Mondale-Geraldine Ferraro presidential ticket "went on to get schlonged at the polls" in the 1984 election.

Trump himself also used the term in 2011 to describe Democrat Kathy Hochul's victory over Republican Jane Corwin in a special election for a New York House seat, as the Guardian writes.

Trump's campaign has come to be defined in part by his ability to survive despite statements that seem like they could mark "the beginning of the end" for him. Thus far in the presidential race, he has mocked former prisoner of war and Arizona GOP Sen. John McCain ("I like people who weren't captured," Trump said), called Mexican immigrants "rapists" and praised Vladimir Putin's leadership, despite the record of journalists' deaths under Putin's leadership. Trump's campaign responded this week by insisting that as president, he wouldn't kill journalists: "I hate some of these people, but I'd never kill them," he said.

Given the word's gendered and sexual connotations, some are drawing sexist conclusions from Trump's "schlonged" comment. ("Get it, because she has a vagina," the Huffington Post quipped.)

We are not responding to Trump but everyone who understands the humiliation this degrading language inflicts on all women should. #imwithher

Trump has been accused of sexism earlier in this campaign, for example with comments about Rosie O'Donnell, as well as comments that many perceived to be about Fox News' Megyn Kelly and menstruation (Trump denied this, saying he was talking about blood coming out of Kelly's nose). However, sexism isn't new in presidential campaign politics. Shortly after Obama's 2008 election, his speechwriter Jon Favreau was criticized for a photo of him groping a Clinton cardboard cutout, for example.

But unlike the Favreau photo, it's hard to call Trump's statement a political gaffe. For example, when he decries political correctness, his crowds cheer. Indeed, his over-the-top rhetoric is by design, as he wrote in his recent book.

"I learned a long time ago that if you're not afraid to be outspoken, the media will write about you or beg you to come on their shows," he wrote in Crippled America. "If you do things a little differently, if you say outrageous things and fight back, they love you. So sometimes I make outrageous comments and give them what they want — viewers and readers — in order to make a point."

While references to male genitalia and insults about Clinton's need to use a restroom may please Trump's existing supporters, there's also evidence that he may have to work hard to win over other voters. A Quinnipiac poll released Tuesday found that 59 percent of Americans view him unfavorably (compared with 33 percent positive) and that half of Americans say they would be "embarrassed" to have him as a president.