Accessibility links
A Return From Death's Door — Onscreen And Off Alejandro Gonzalez Iñarritu's last film, Birdman, sparked Oscar controversy with its spare music. The Revenant features a swirl of sounds, anchored by the work of Japanese composer Ryuichi Sakamoto. 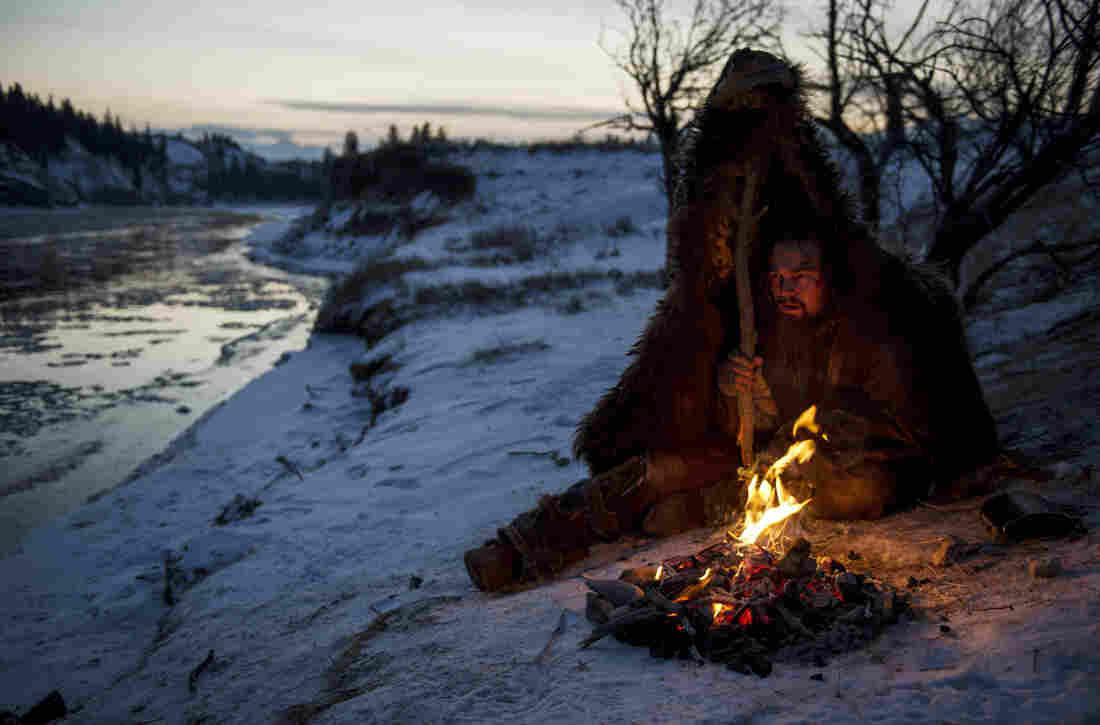 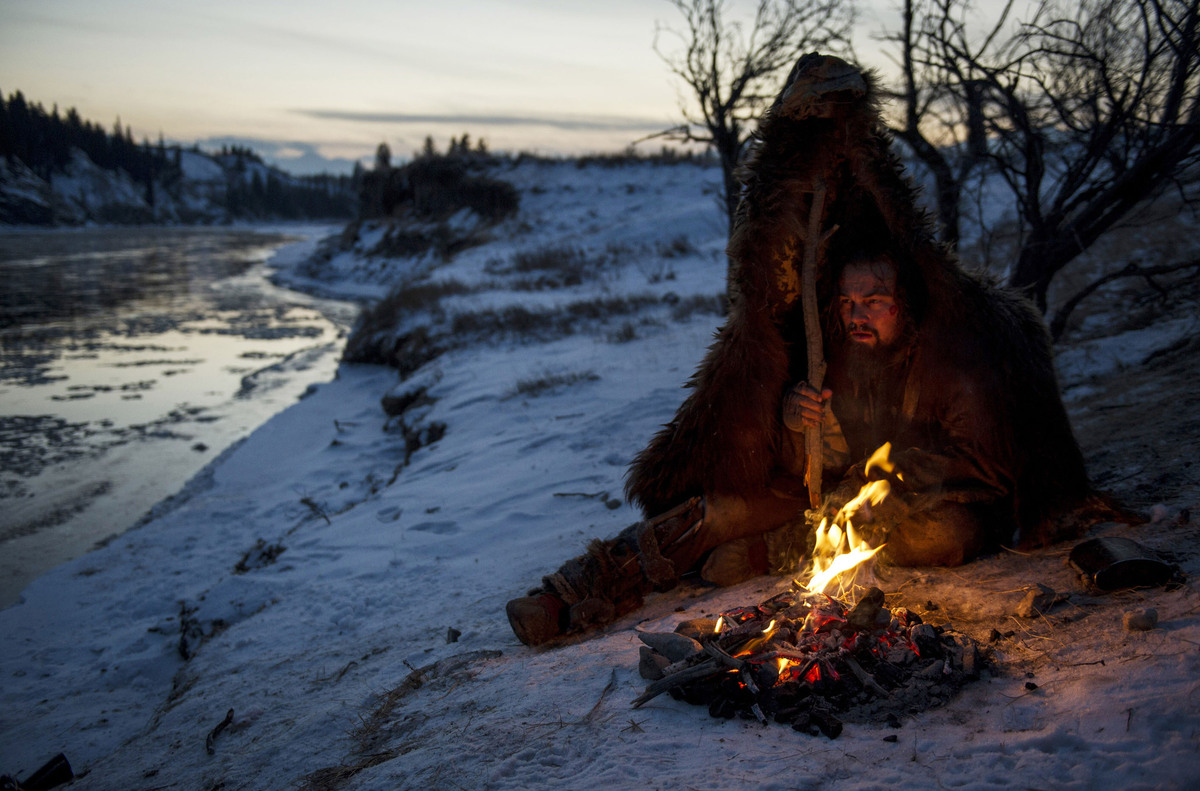 Leonard DiCaprio stares down a treacherous winter wasteland in the new film The Revenant, directed by Alejandro Gonzalez Iñarritu.

The Good Dino-Score: Behind The Music Of Pixar's Latest

A Film Composer Paints Around The Emotions

Ryuichi Sakamoto has been a film composer for more than 30 years. His résumé includes Merry Christmas, Mr. Lawrence, Wuthering Heights, and three films by Bernardo Bertolucci, including The Last Emperor, which won Sakamoto an Oscar. But he hasn't done an American studio film since 1992 — until now.

The classically-trained, 63-year-old Japanese composer says he's kept away from Hollywood lately due to a mutual lack of interest. "I'm really bad writing the chase scenes, or fighting scenes," he offers. "I'm much better for writing, like, a more melancholic or tragic music."

This, despite having begun his career in the late 1970s with the cheeky, early electronic pop group, Yellow Magic Orchestra. Since then he's zig-zagged from electronica and techno, to neoclassical film music, to easy listening albums, and even to political activism (he organized a concert three years ago to rally support against nuclear power plants in Japan). But music and electronics have always been at the forefront, which is one of the reasons director Alejandro Gonzalez Iñarritu asked Sakamoto to score his new film, The Revenant.

"He wanted have a layer of sounds — rather than melodies, rather than the conventional soundtrack," Sakamoto says. "The thing struck me most is the beauty of nature. And not only beauty, but harshness."

The film tells the story of a man nearly ripped apart by nature as he seeks revenge for the murders of his wife and son. To evoke the brutality of man and nature, Iñarritu insisted that Sakamoto supplement a small string ensemble with the sounds of his old Prophet 5 synthesizer.

"He loved the sort of coldness of my synthesizer sounds, and he wanted to keep them, you know, as much as he could. I was a little bit against that, actually, because we had such a beautiful recording of the string players," Sakamoto says. "But he wanted to mix them." 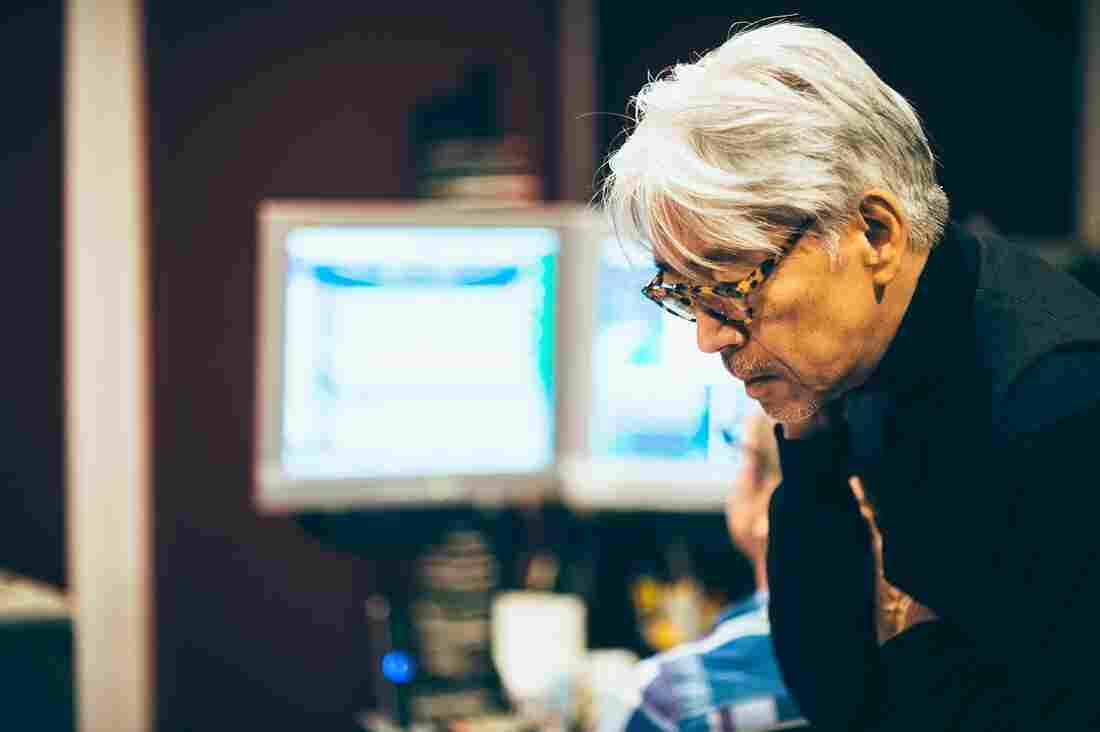 Sakamoto wasn't the only composer Iñarritu invited to work on the Revenant score. Bryce Dessner — also a classically-trained musician, who's made his name in the world of pop as a guitarist and songwriter in the rock band The National — wrote a concert piece that the director had been using in an early cut of the film. Eventually, Iñarritu asked the composer to contribute more music like it.

"What I did is all orchestral," Dessner says. "You know, it's string orchestra and percussion and some horn." Dessner listened to what Sakamoto had already written, and wrote cues for various other scenes — particularly in the latter part of the film — that would fit. He even wrote music that would be layered on top of Sakamoto's.

"You know, the score is really woven around him. But it's a very big movie. The movie itself is vast and kind of has many different sort of sounds and textures. And it made a lot of sense, I think, eventually, for the film itself to incorporate other voices into the score," Dessner says.

And Sakamoto himself brought yet another composer to the project: Alva Noto, a German electronica musician, whose presence was as much about necessity as artistry. Sakamoto was diagnosed with throat cancer last June. He worried he wouldn't have the energy to tackle the two hours of music the film needed.

"I was in recovery mode this year, so of course I was concerned about my health," he says. "I used to work like for 16 hours a day, or sometimes 24 hours. But this time, you know, I could only concentrate for eight hours maximum. That was the limit."

Sakamoto says his cancer is gone now — but that the scare, in addition to bringing about the unique tapestry of multiple voices within the score, also connected him to the story's wounded protagonist in a deeper way.

"I was very close to death, you know — the closest moment to death in my life," he says. "The pace of that music, the theme, is based on my breath: heavy and long, and maybe a little bit sad. That's the meaning of The Revenant: It's a return from death."