Accessibility links
Jigsaw Puzzles And A Swear Jar: Democratic Convention Chief Prepares For Philly Leah Daughtry is a preacher and a political insider. Her task: to build a temporary city for 30,000 people for next summer's national political convention. 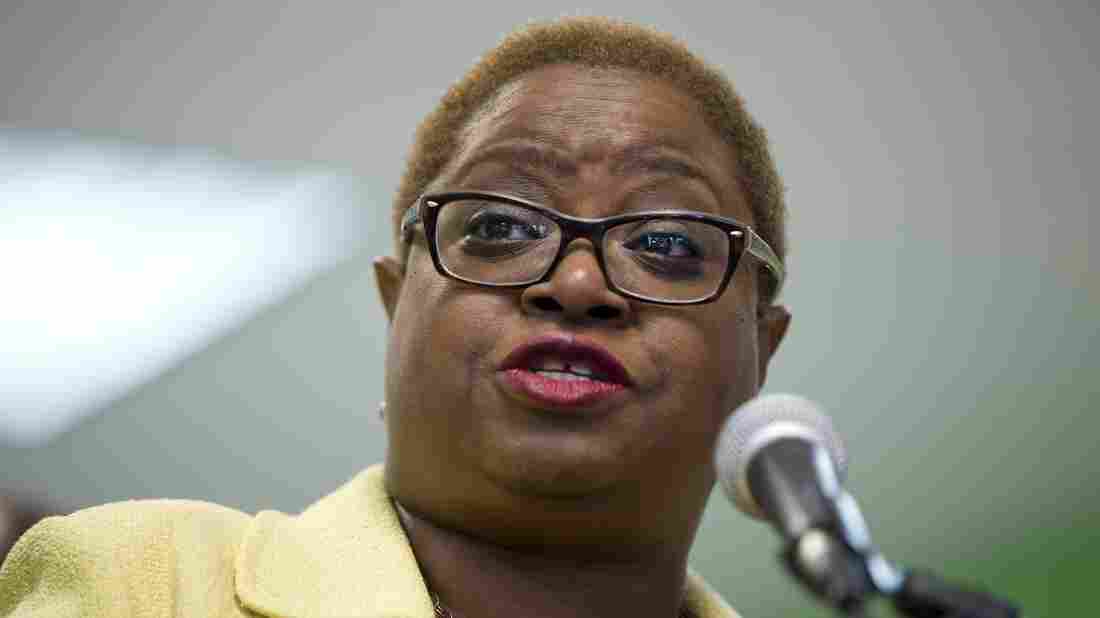 The Rev. Leah Daughtry talks about the 2016 Democratic National Convention during a news conference in Philadelphia in October. Matt Rourke/AP hide caption 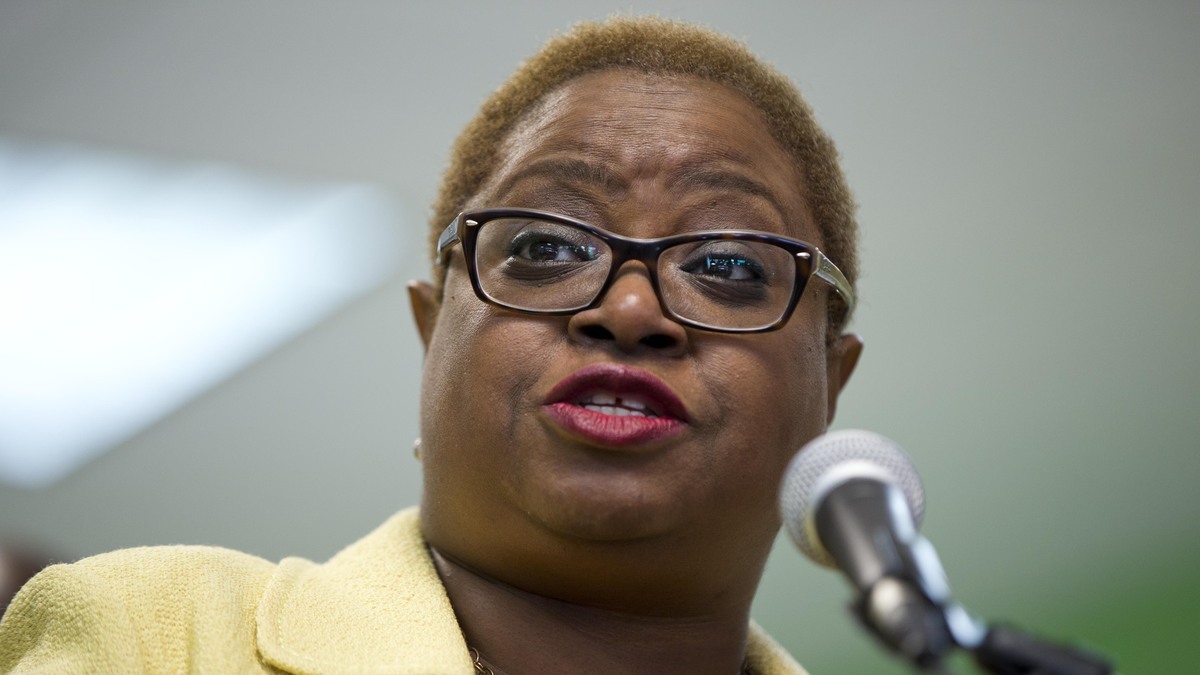 The Rev. Leah Daughtry talks about the 2016 Democratic National Convention during a news conference in Philadelphia in October.

Who would you turn to to build a temporary city that will come to life for four days, then disappear? That's what planning and managing a national political convention amounts to, and the Democrats have turned to a Pentecostal minister and jigsaw puzzle master with a gift for organization and politics.

The Rev. Leah Daughtry was CEO of the 2008 convention, remembered for Barack Obama's speech in Denver's football stadium. Now the party has turned to her to handle the one in Philadelphia next summer.

While most remember the big speeches at conventions, Daughtry has to manage a host of not-so-glamorous details. She says the convention will host 16,000 delegates and guests and more than 15,000 members of the media, for whom she'll have to build a huge temporary workspace in the parking lot of Philadelphia's Wells Fargo Center.

"We contract 15,000 hotel rooms," Daughtry said in an interview. "We put together I think it's 500 buses. We create our own transportation system. And so you're really kind of building a small city."

Daughtry, 52, keeps all those details straight without digital tools, relying on countless Post-its and paper lists. You can make a lot of plans ahead of time, she said, but there's always the unexpected — like the moment in 2008 when the Obama campaign decided they wanted to move the last night of the convention from the Pepsi Center arena to Invesco field, the football stadium.

"There weren't enough magnetometers in the state of Colorado or the three surrounding states to protect both the Pepsi Center and Invesco," Daughtry recalled. "So we had to strike everything at Pepsi, dismantle all of the security, all the magnetometers and ship it all over to Invesco."

That happened overnight, on a fleet of golf carts.

Apart from technical issues, running a convention presents plenty of political challenges. Howard Dean was DNC chairman in 2008, and Daughtry was his chief of staff. He said the party is full of big egos, people who expect prime speaking times, special seating for friends and other perks.

Daughtry, he says, can handle that.

"She has a way of dominating a room, even among members of Congress," Dean said.

Dean said Daughtry does it without ever raising her voice.

"She just looks and says, 'I've known you for a very long time, haven't I?' And she just stares them right in the face, and then she just tells the truth," he said.

Dean said he thinks Daughtry's quiet sense of authority is rooted in her faith. She comes from a long line of Pentecostal ministers, and her father, Herb Daughtry, had a church in Brooklyn and was well-known in the civil rights movement.

"I think she saw how religion and living in the world could be combined," Dean said. "She believes that without works, faith is dead."

Daughtry has her own congregation in Washington, where she still preaches on Sundays. She said she believes her faith gives her a strength of spirit, and maybe, yes, a certain stillness that's effective in those meetings.

One more thing: Her office has a "swear box" with a coin slot for those who can't mind their language.

"It's 25 cents per cussword," Daughtry explained. "If it's in the Bible, you don't have to pay. But any cussword that's not in the Bible is 25 cents."

By the time the convention arrives in July, the box should be bulging with coins. Dean said when Daughtry is stressed, she'll make a few contributions herself.