Accessibility links
LISTEN: House Speaker On 'Decentralizing' Power And The Zen Of Sausage-Making Paul Ryan became the reluctant speaker of the House after John Boehner resigned. Ryan has the unenviable task of trying to unify a fractious party. He sat down with reporters, including NPR.

"My goal is to help unify the conservative movement."

0:20
LISTEN: House Speaker On 'Decentralizing' Power And The Zen Of Sausage-Making 0:20

LISTEN: House Speaker On 'Decentralizing' Power And The Zen Of Sausage-Making 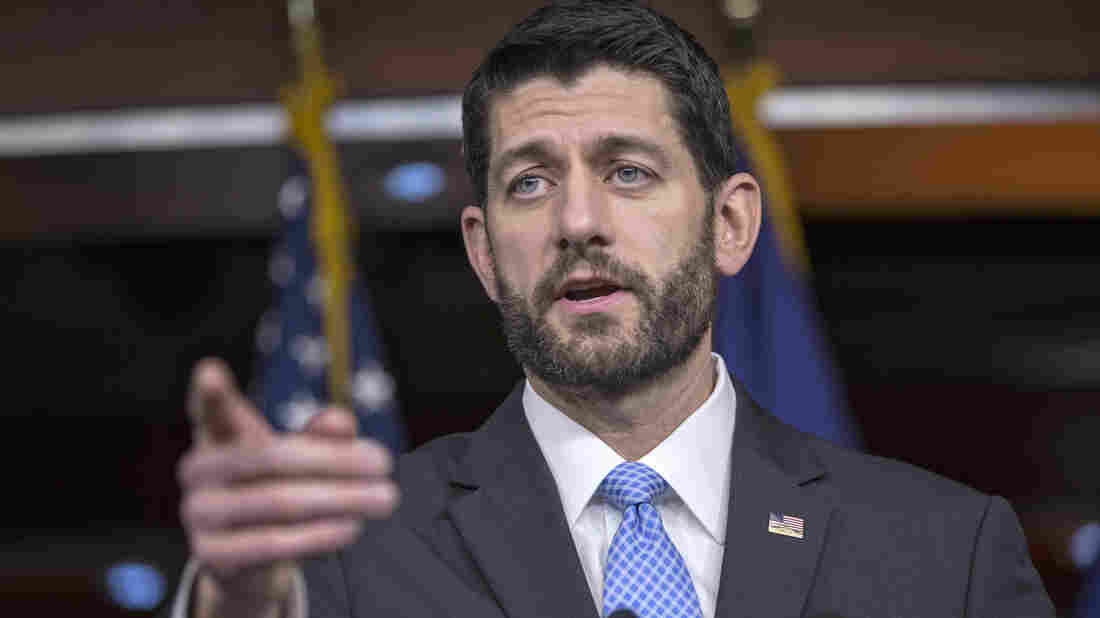 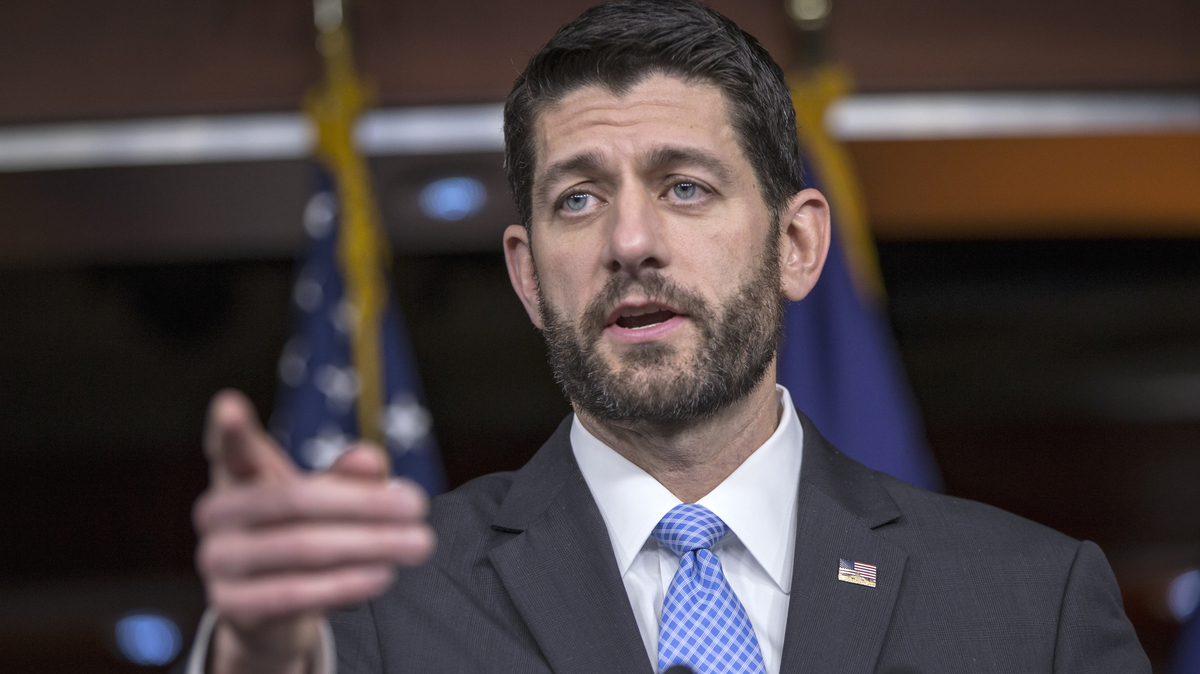 On the last day of the congressional session, House Speaker Paul Ryan reflected on his first seven weeks on the job, his leadership style and what his past experiences have taught him about being a leader.

Ryan succeeded Rep. John Boehner, R-Ohio, for the top job in the U.S. House in late October. The 2012 GOP vice-presidential nominee resisted the promotion until it became clear he was the only lawmaker who could secure the votes to become speaker.

The first weeks on the job largely meant finishing up Boehner's work and the budget deal he struck before leaving Congress.

The end result is a package that includes $1.1 trillion in annual spending and more than $600 billion in tax breaks. President Obama signed that bill into law last Friday.

Ryan spoke with a small group of reporters in his U.S. Capitol office.

Here are 10 things he said:

1. He wants to be a uniter — of the conservative movement: The Wisconsin Republican believes his role is much bigger than running the U.S. House. He sees himself as a pivotal player in uniting a fractured Republican Party.

"My goal is to help unify the conservative movement."

"My goal is to help unify the conservative movement, so we can unify the Republican Party, so we can give the country a really clear choice, so that the citizens of this nation get to choose in 2016 what kind of country they want to have for the 21st century. It's nothing short of a generational, defining moment we are facing in the next year."

2. Failure is an option: Ryan said that, as part of his push to "decentralize" power in the House, it is entirely likely that Republicans will lose votes on the House floor next year. And this is a good thing.

Speaker's power "should be decentralized"

"I expect a bill, I don't know which one, or bills to come up and probably fail. I mean, we're not gonna just— what this place always used to do is try to predetermine everything, down to like the amendment. And I don't think the speaker's office should have that kind of power. I think that should be decentralized and pushed out to the membership."

3. Earmarks are still dead: Some lawmakers have supported a push to bring back earmarks, or special provisions often air-dropped into bills to direct federal funds. But Ryan made clear they're not coming back.

No second thoughts on earmark ban

4. He's still getting to know his fellow leaders: Despite nearly 17 years in Congress, Ryan said he had barely spoken with House Minority Leader Nancy Pelosi or Senate Minority Leader Harry Reid before taking the job.

On Democratic leaders: "We really just don't know each other"

"I didn't really know these people before. I talked to Harry Reid once in 2012 for 30 seconds before getting this job. Nancy and I never had a long conversation. I know Steny pretty well. And I've obviously known Mitch a long time, but we really just don't know each other."

5. No 2016 GOP hangover: He's confident Republicans will maintain control of the House in 2016, no matter the eventual GOP presidential nominee.

Not worried about top of GOP 2016 ticket

6. Running the House is nothing like running for VP: Ryan reflected on his experience as Mitt Romney's running mate in 2012. He said the intensity and rigor of that campaign made it easier for him and his family to adjust to the speaker's job.

"This isn't nearly as jarring" as running for VP

"You just go through so much, and such an intensity that you've sort of seen it all by the time it comes around the second time. And for my family's sake, for my family this isn't nearly as jarring or changing as that was. So the adjustment into this job wasn't that difficult."

7. The Tao of the speakership: Ryan at turns referred to being "zen" and having found "serenity" in his life and how he approaches the speaker's job.

"I have a sense of serenity"

8. The beard's about hunting — and isn't new: Ryan usually grows a beard for deer-hunting season, but now that he's speaker, even his facial hair is under the microscope. He thinks it's weird.

His beard is not a "new thing!"

9. Sausage-making is literally a hobby: Ryan likes to relax by — making sausage. Not the metaphorical sausage-making of Capitol Hill, but actual sausage. It's why he needs the aforementioned deer.

2012 gave him "the ability to compartmentalize and unplug"

"That's the other thing 2012 gave me is just the ability to compartmentalize and unplug. I'm pretty good at that now; I didn't used to be. Again, that's just what experience gets you. You have to learn how to just have an even temperament and compartmentalize such things and unplug. When you get those moments to unplug, you better unplug, store up, recharge the batteries so then you can get back at it. And that's a big deal I think."