Accessibility links
Top 10 Slept-On R&B Albums Of 2015 There was plenty of R&B in 2015, from artists like The Weeknd in the mainstream to lauded up-and-comers like Kelela. Here are 10 worthwhile albums and EPs that may have slipped through the cracks. 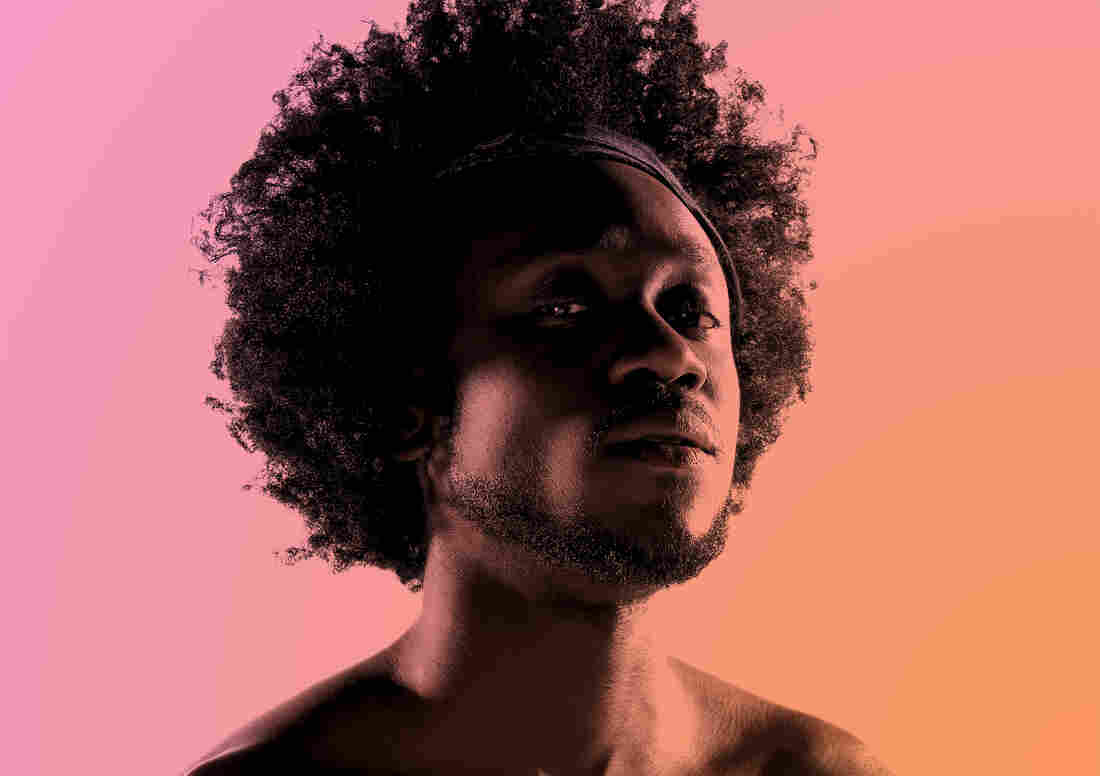 Dornik quietly made one of the year's best R&B albums. Courtesy of the artist hide caption 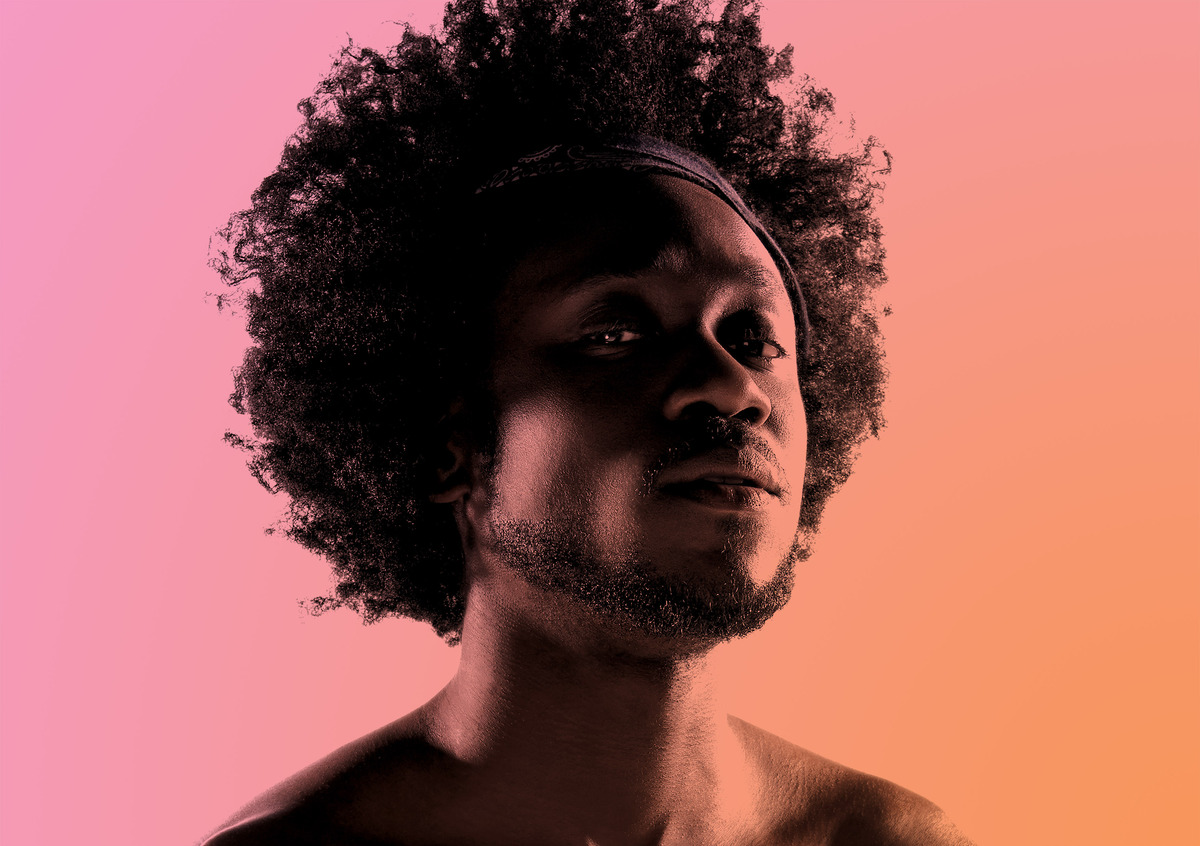 Dornik quietly made one of the year's best R&B albums.

R&B resurfaced in a big way in 2015. Not only was there a smorgasbord of LPs and EPs available for online consumption, R&B also returned to Top 40. New school representer The Weeknd blew up and dominated for much of the year while contemporary veteran Tyrese's album, Black Rose, debuted at No. 1 on the Billboard 200. There was also a heavy dose of R&B gems by acts like Disclosure and Major Lazer that crossed over into pop territory. Between the commercially successful and the up-and-comers, we were treated to an overflow of R&B goodness in 2015. Here are 10 albums and EPs that might have gotten lost in the shuffle. 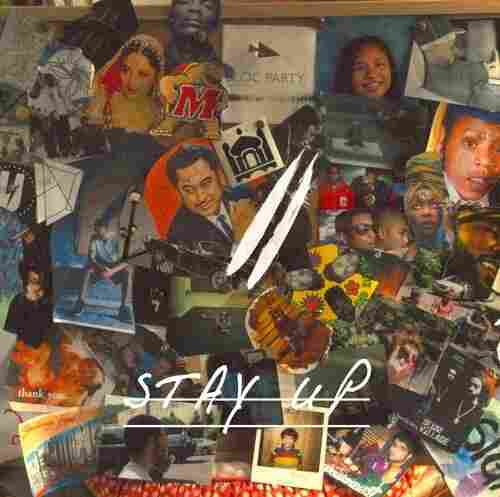 Can I keep it funky? Abhi//Dijon's EP Stay Up would have made our Best Albums of 2015 if it was an LP. Period. Abhi//Dijon, comprised of producer Abhi Raju and singer-producer Dijon Duenas, is unlike any other act on the R&B landscape right now. Upon pressing play you might think their approach sounds familiar, but not because it bears any resemblance to what's poppin' right now. Instead, it's familiar because it sounds like the warm, free-form R&B records from the golden era, a.k.a. the late '80s to early '00s, that we still faithfully spin today. While Dijon's vocals are simple, sweet and endearingly effective, it's clear that the duo's greatest efforts go into laying the musical groundwork; they're proud to be producers. The pair slyly directs our attention to their handiwork by letting some tracks exist as straight-up instrumentals ("Her"), and switching the beat up at the literal last minute on others ("3AM," "Say Yeah!"). Between this EP and their recent re-release of 2014 material, there's no need to wait any longer — that old thing is back. --Kiana Fitzgerald 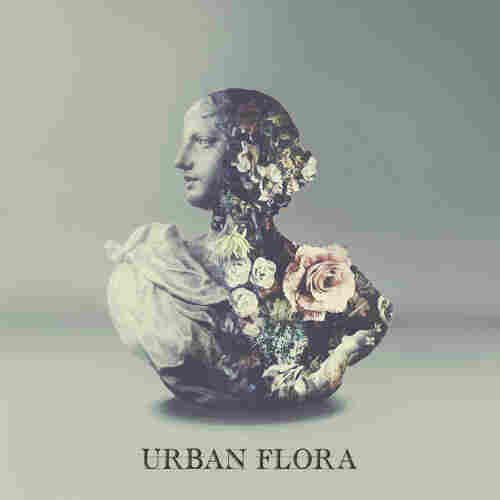 The partnership between singer Alina Baraz and producer Galimatias might as well have been hand-delivered to us from the heavens. Then again, it feels weird to say that because of how downright sexy their music is. The duo's debut EP, Urban Flora, deals entirely with the deeply provocative and complicated topic of love. Officially released this spring though some tracks have been around since as early as 2013 ("Make You Feel," "Pretty Thoughts"), the cohesion across the project makes it feel like it was all made in one endless, effortless day. Baraz's unmistakable voice teeters between darkened whispers and effusions as bright as daylight, and she never pushes it to the limit — an approach typically viewed as a sign of weakness. But throughout the EP, her decision to hold back just enough illustrates Baraz's self-awareness and control. She wades weightlessly from track to track, treading lightly dead center of Galimatias' rippling pools of expansive production. One can only hope their alliance lasts a lifetime, because ... damn. --Kiana Fitzgerald 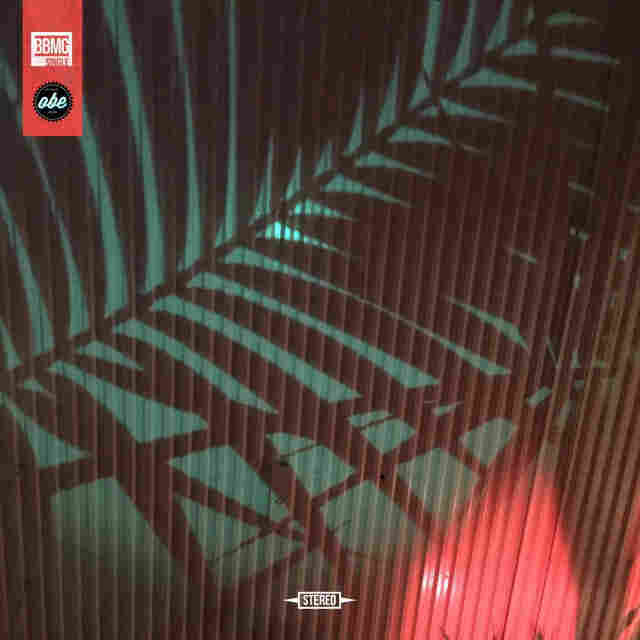 Anderson .Paak clearly understands the carpe diem concept. Industry co-signs are meaningless if the artist isn't ready for the spotlight they're catapulted into. The former Breezy Lovejoy was a workhorse, primed for his moment when he got the chance to work on Dr. Dre's Compton LP. One month after the Dre release, the production duo of JP and Rich Gains, otherwise known as Blended Babies, released The Anderson .Paak EP. The fusion of .Paak's pack-a-day tone and the Blended Babies Chicago blaxsploitation backdrop would've made Willie Hutch proud. "So Slow," featuring Cleveland MC King Chip, sounds like the sequel to Kanye's "Drive Slow," while "Cheap Whiskey 70's Riesling," .Paak's ode to his father, reveals that in addition to his burgeoning talent, he also has story to tell. --Bobby Carter 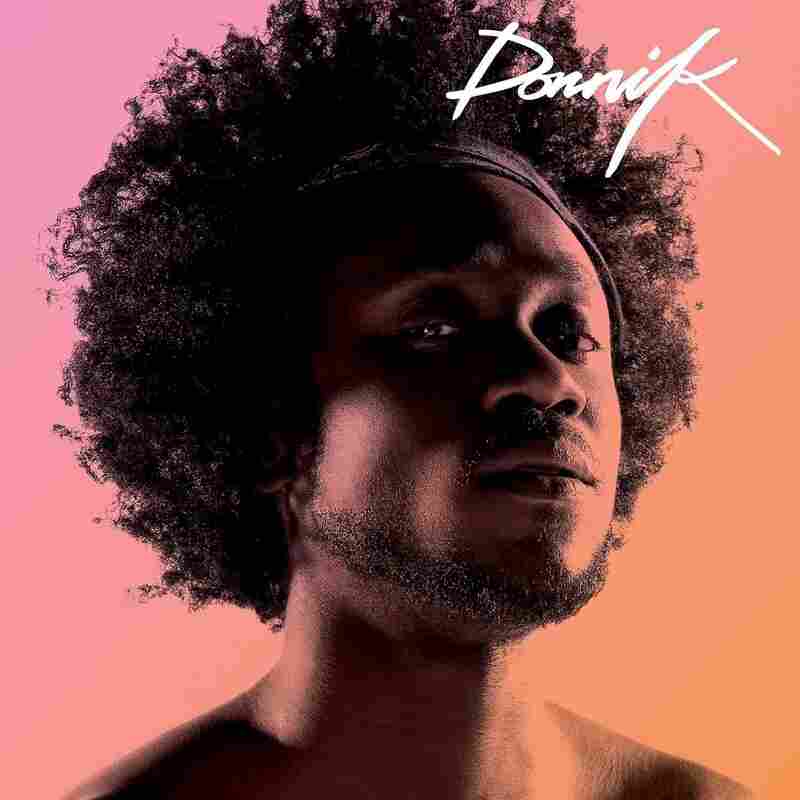 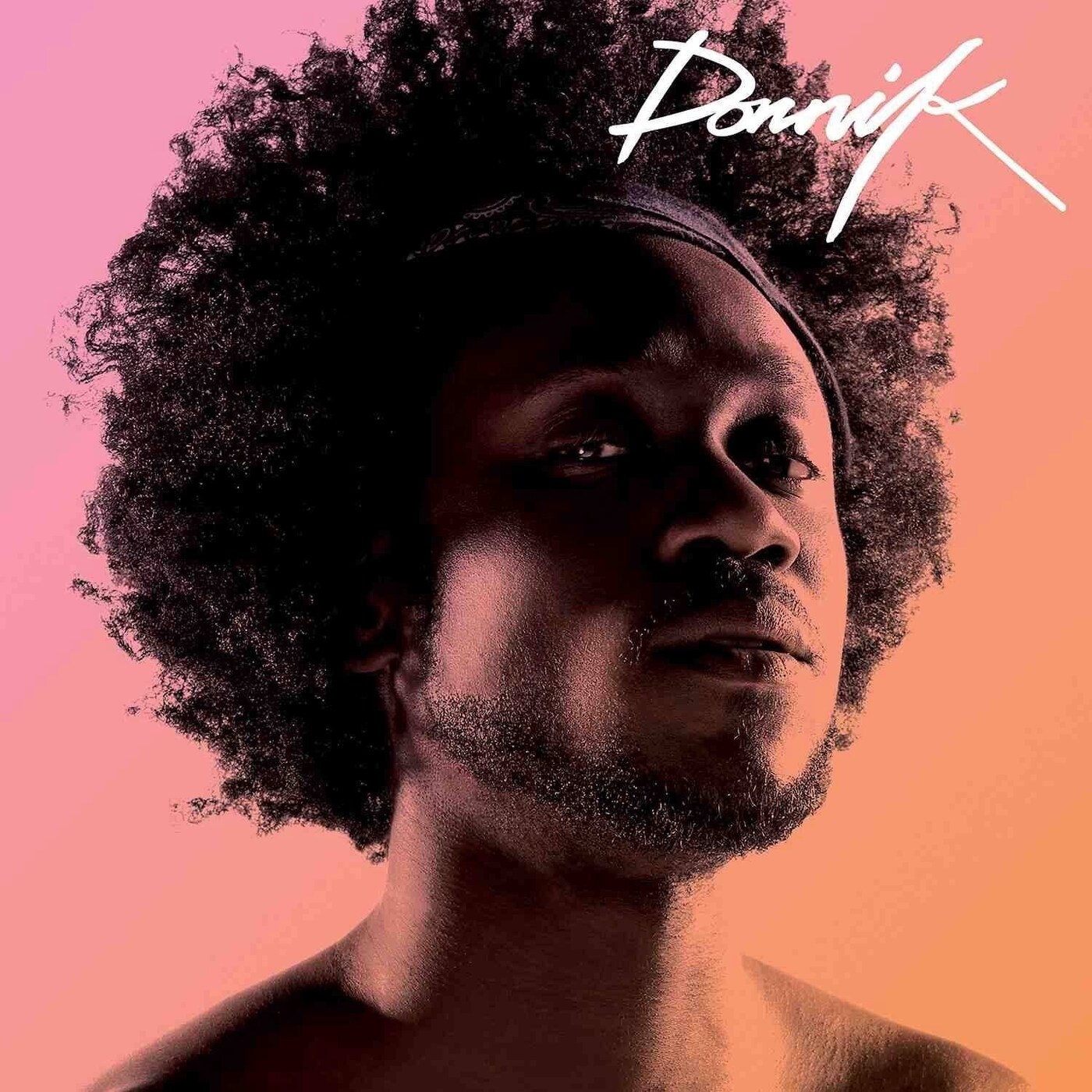 It's hard to believe that writing, producing and performing an album wasn't initially at the top of Dornik's "to-do" list, but it took Jesse Ware's stealthy A&R tactics to draw him from drumming and singing in her band into his own spotlight. He mysteriously hopped on the scene in 2013 with a series of singles, each one progressively better than the last. The third single, "On My Mind" piqued our interest last year, making the best of list. Dornik's method isn't groundbreaking — it's his remarkable aptitude for taking what his influences did best and updating that with fine precision. A track like "Stand in Your Line" is the culmination of said technique. It starts like a galactic reply to The Mary Jane Girl's "All Night Long" as the production completely flips at the mid-point into a bouncy club banger. Mr. Leigh quietly released the best R&B debut of 2015. --Bobby Carter 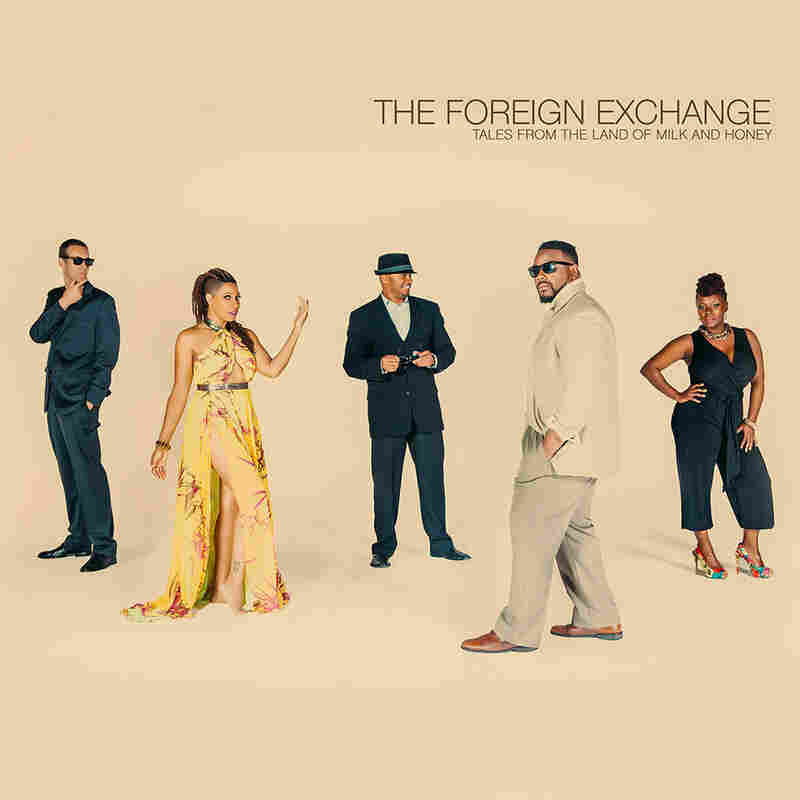 FOREIGN EXCHANGE
Tales From the Land of Milk and Honey

The transparency and relatability offered through the Foreign Exchange's music over the years has always kept its fans coming back. From love, war, reflection and love again, each project from FE delivers a different insight to their lives. On Tales From the Land of Milk and Honey, they throw us for a loop by pushing the personal to the side for free spirited fun. For this new album, Phonte and Nicolay allowed the entire band a chance to shine and they didn't shy away from the spotlight. Vocalists Carmen Rodgers, Tamisha Waden and long-time FE band member and producer ZO! all have brilliant moments on Tales. Songs like the hard house lead single "Asking For a Friend" and the fan favorite "Body" were enough to keep Tales in our rotation all year long. --Bobby Carter 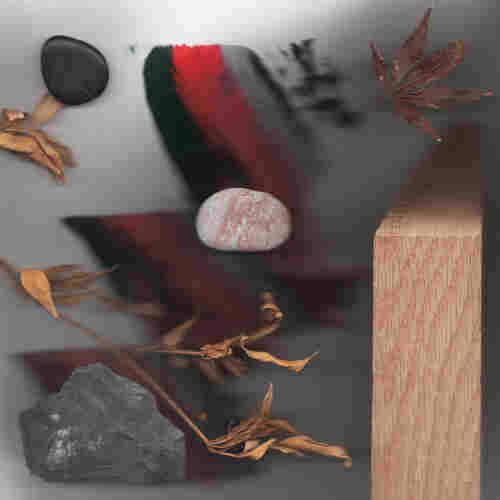 After years of virtual obscurity, the U.K. soul man has returned with some new tricks. Perhaps they're old tricks that weren't revealed on his 2011 debut, Mirrorwriting. Stepping out of his dubstep bag, he opts for more of the contemporary, live instrument-driven approach. That's not to say the sound isn't elevated. The vocal arrangements and harmonies on songs like "Movement" and "Skin" are stacked in a way to sound like futuristic keys. Making Time is bookended by the two most powerful tracks in the set, "Message" and "Dedication." Both build airy synths around heavy drums and bass stabs as Woon attacks the groove, preparing you for the ride first and gently carrying you away on the later. Making time is presumably what Mr. Woon needed to do to get it right. --Bobby Carter 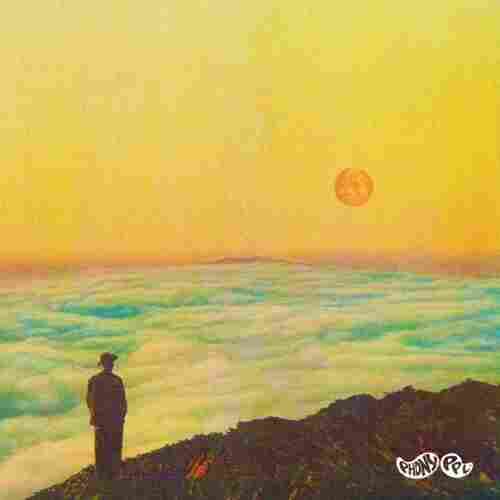 With the emergence of acts like The Internet and Hiatus Kaiyote, R&B bands made a good showing in 2015. While Yesterday's Tomorrow isn't Phony Ppl's debut album, it marks their ceremonious arrival. Elbee and the gang's overall range has expanded since their 2012 debut, where it was all about fun. Lyrically, the fun is still there, but the band is now well aware of where they are in life, penning reactions to growing pains on tracks like "Why iii Love The Moon" and "Statue of Liberty." Sonically, they've added a few more instruments and flavors to their repertoire, allowing Elbee and Sherriff PJ to fall back at times. Although Yesterday's Tomorrow is enough to catapult Phony Ppl into the conversation of promising bands, I feel like the best is yet to come. --Bobby Carter 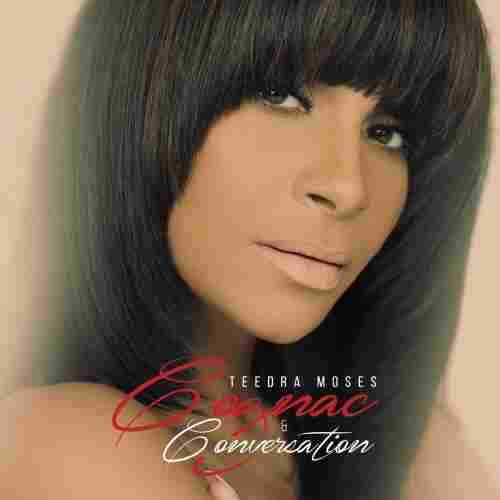 When there's a 10-year lull between your debut and follow up LP's, expectations for the later range from tremendous to none at all. Cognac & Conversation caters to both scenarios. On one end, Teedra sticks to her "tell him like it is" format. Never the one for subliminals, on "Get It Right" she distinctly outlines her turn-ons and -offs. Dance numbers like "R U Scared" and the Boddhi Satva-assisted "Skin Diver" showcase her musical growth and newfound, carefree ear for production. Whereas many artists rush out sophomore albums, failing to offer up any fresh perspectives, Teedra held out, grew up and delivered what we wanted with a few pleasant surprises. Album number three in 2025? We'll patiently wait for it. --Bobby Carter 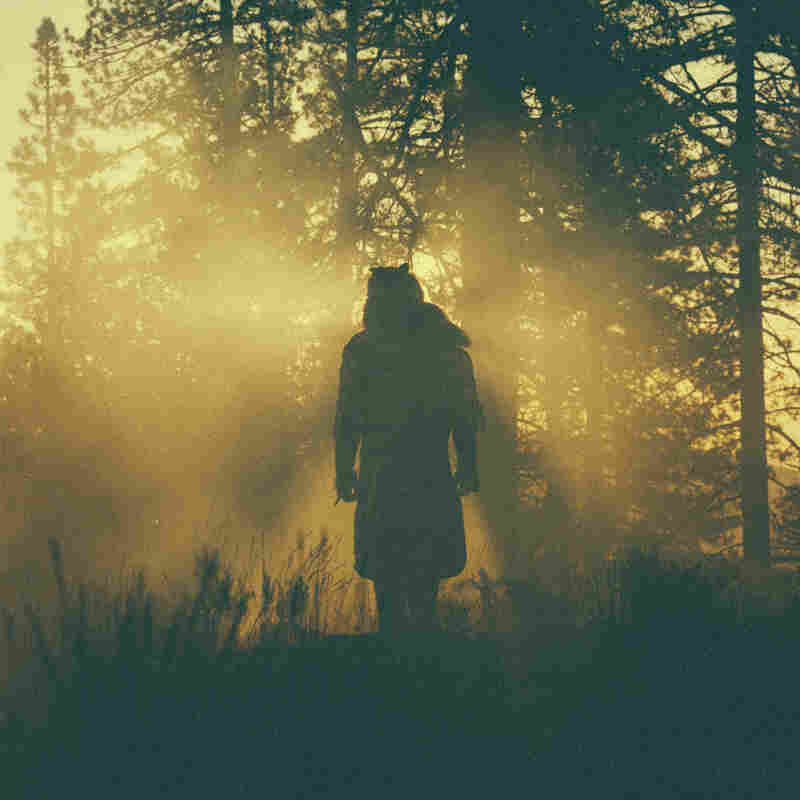 THUNDERCAT
The Beyond/Where The Giants Roam

Thundercat went through it this year and he had to let something out on his own. After playing integral parts on Flying Lotus's You're Dead and Kendrick Lamar's To Pimp A Butterfly, his side of the doom and gloom story was still left to tell. Where his previous two offerings, Golden Age of ... and Apocalypse couldn't quite identify who he is and where he's coming from, this mini-album hit the target. From the opening, "skin-shedding" "Hard Times" to the concluding "Where The Giants Roam/Field of the Nephilim," each cut taps into spiritual uncertainties with help from Herbie Hancock along with usual suspects Flylo and Kamasi Washington. "Them Changes" was one of the funkiest body-movers of the year, but the rest of The Beyond moves your soul. --Bobby Carter 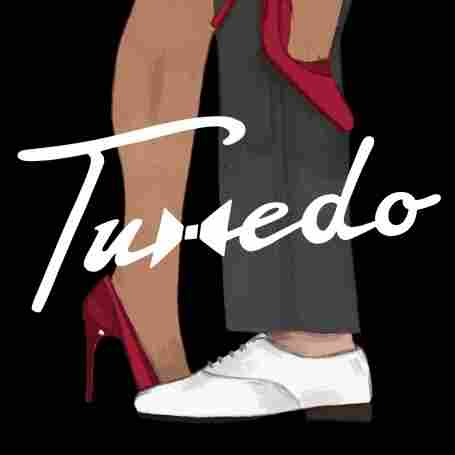 Separately, Jake One and Mayer Hawthorne have each created quite the niche for themselves. Producer Jake One has been an ace in the hole for rappers Rick Ross, 50 Cent and Wale. Hawthorne is somewhat of a jack of all trades, touring regularly as a DJ and performing his revered catalog of solo albums. After cryptically dropping an EP, the duo officially joined forces and released their debut album at the top of the year, rehashing the '70s and '80s eletro-funk sound has become all the rage over the past couple of years. But what separates Mayer and Jake from the pack is their authenticity. They understand that the music isn't complex and should be approached with a certain degree of ease. The simple "doo-do-doo's" and hooks on jams like "R U Ready" and "So Good" create plenty of space for sing-alongs and dancing. That's the set objective for Tuxedo and they triumphantly conquered. --Bobby Carter