Accessibility links
Low Gas Prices Expected To Continue In 2016 U.S. drivers are becoming accustomed to lower prices at the pump, and sales of bigger cars are rising. But if people start driving more because they can afford it, will it hurt environmental efforts? 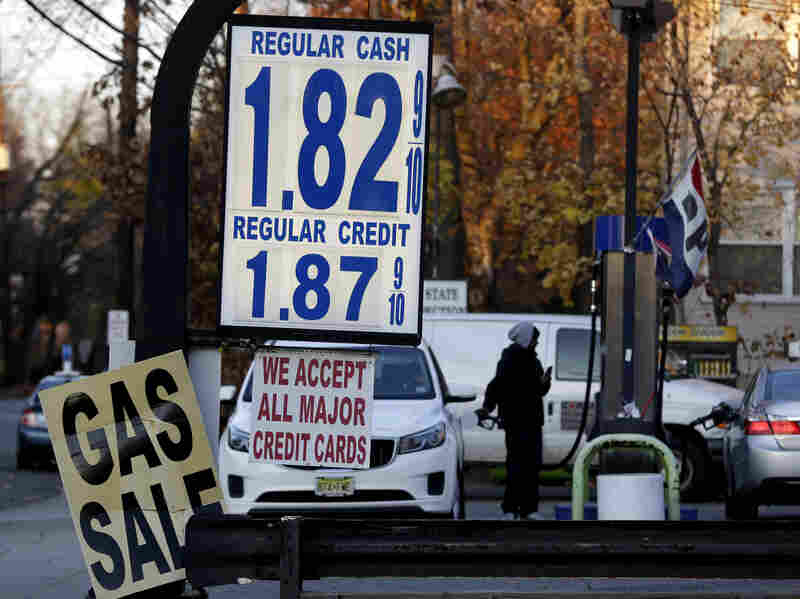 Gas prices are displayed at a service station in Leonia, N.J., Nov. 24. Gas is under $2 a gallon across much of the country and the price is expected to remain low next year. Seth Wenig/AP hide caption 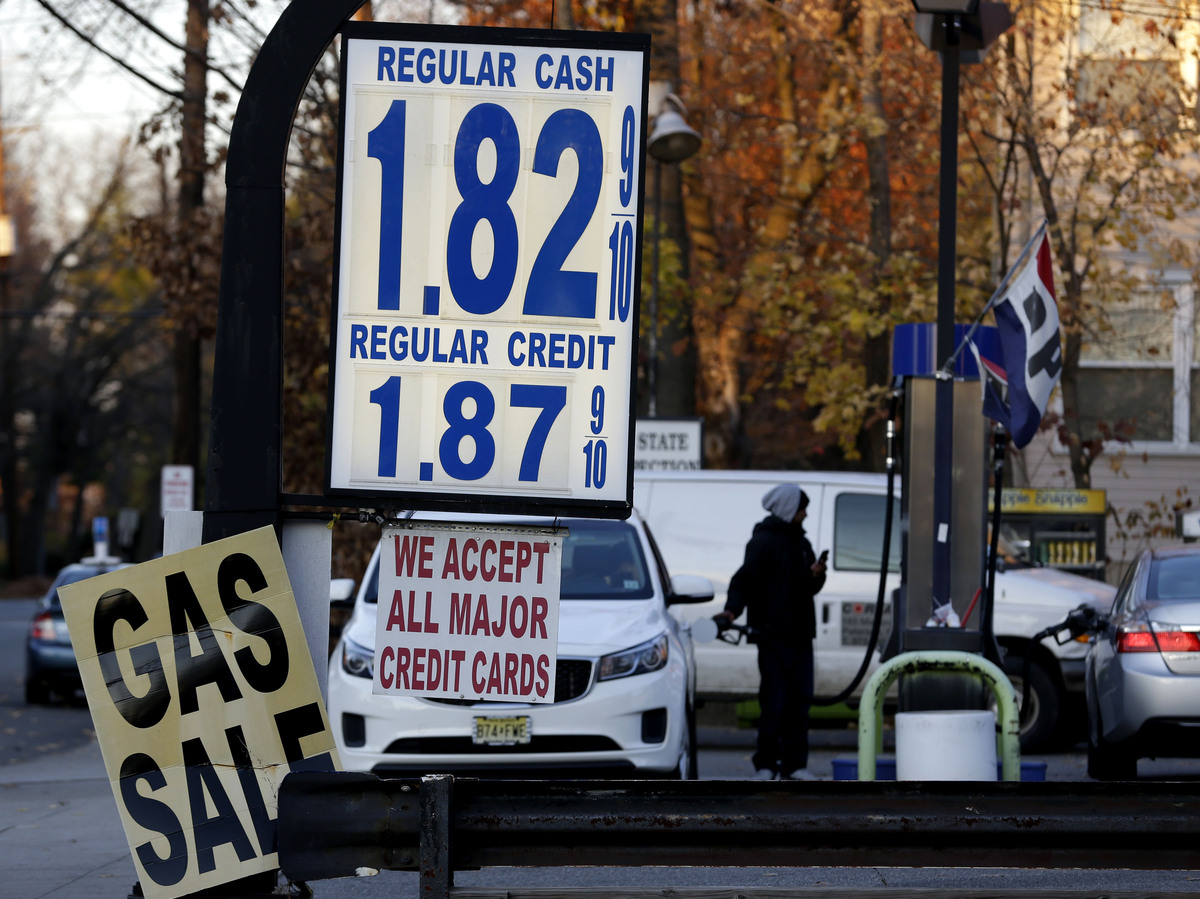 Gas prices are displayed at a service station in Leonia, N.J., Nov. 24. Gas is under $2 a gallon across much of the country and the price is expected to remain low next year.

Gas prices are under $2 a gallon across much of the country. That's because crude oil has plummeted to the lowest price in nearly a decade.

The average U.S. household has saved an estimated $700 this year because of lower gas prices. And drivers can expect more savings in 2016.

Recently, Sharlene Brown was filling up her minivan at a Philadelphia gas station. When prices are down, Brown says, she drives more.

"It changes where I go, who I pick up because a lot of times I pick up and do errands for the church," she says.

Lower prices make it easier for her to volunteer more and help out with grandkids. So what's her wish for the price of gas in 2016?

"I wouldn't be surprised to see a year where we might see gasoline prices nationally average between, let's say, $1.85 and $2.75, which will be very similar to this year," he says.

Kloza says the variation will depend on refinery operations near you. Gas prices tend to go up when refineries have to shut down for maintenance or switch to gasoline blends that produce less smog in the summer.

"I would hope that people might make good choices and buy vehicles recognizing that somewhere in the life of that vehicle we're going to see high gas prices again," he says.

Beyond what it costs the individual driver there are environmental concerns. The U.S. is among countries that pledged in Paris to reduce greenhouse gas emissions and address climate change.

But if people start driving more because of lower prices, that will work against the goal. And there are some in the oil industry predicting that low oil prices will prompt more demand by the second half of 2016.

Amy Myers Jaffe, executive director of energy and sustainability at the University of California, Davis, says she is skeptical of a pickup in demand. She says a big factor will be the choices that members of the huge millennial generation make.

She suspects they will continue to embrace things like carpooling and more efficient hybrid and electric cars. "And car sharing — you know, where you don't own a car but you just rent your car when you're going skiing for the weekend. All of those trends really are going to have a substantial impact — negative on the oil industry and positive on climate solutions," Myers Jaffe says.

She says in a world with plenty of oil reserves, that could eventually lead to an interesting outcome: low gas prices forever because demand is low.

But that's looking way into the future. One thing Myers Jaffe suggests watching closely next year is the big oil states like Russia, Iran and Saudi Arabia. Low prices can make those governments less stable. She says if one of them goes through a significant upheaval or even falls, that could reduce world oil production dramatically and drive up prices again.