Accessibility links
Songs We Love: OutKast, 'Player's Ball (Christmas Version)' #TBT back to 1993, and the Christmas (album) miracle behind the original version of the legendary ATL duo's first single. 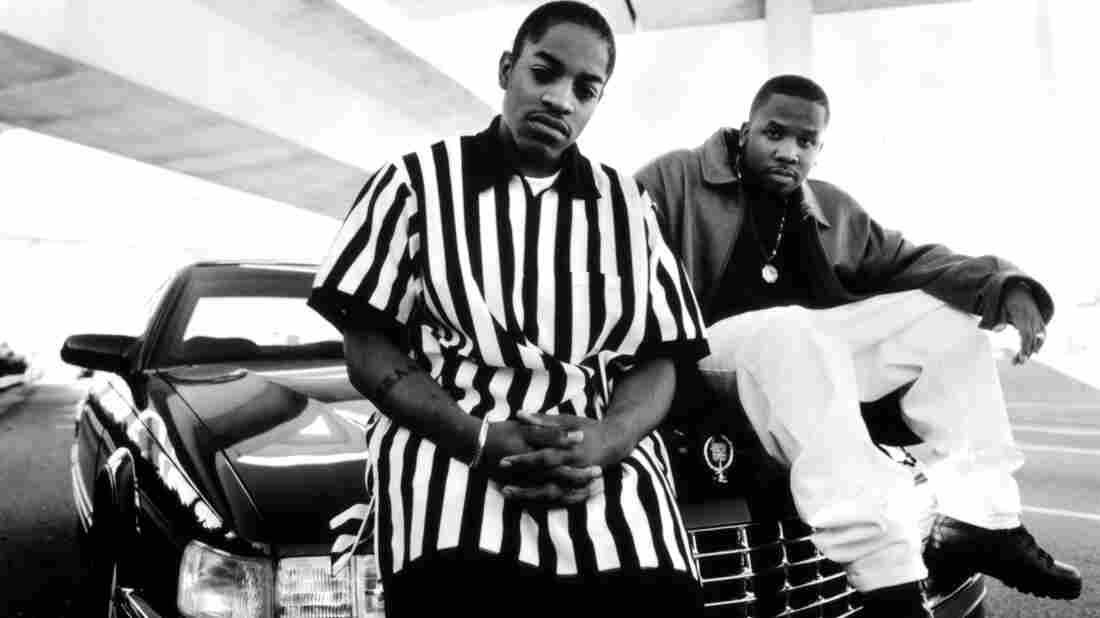 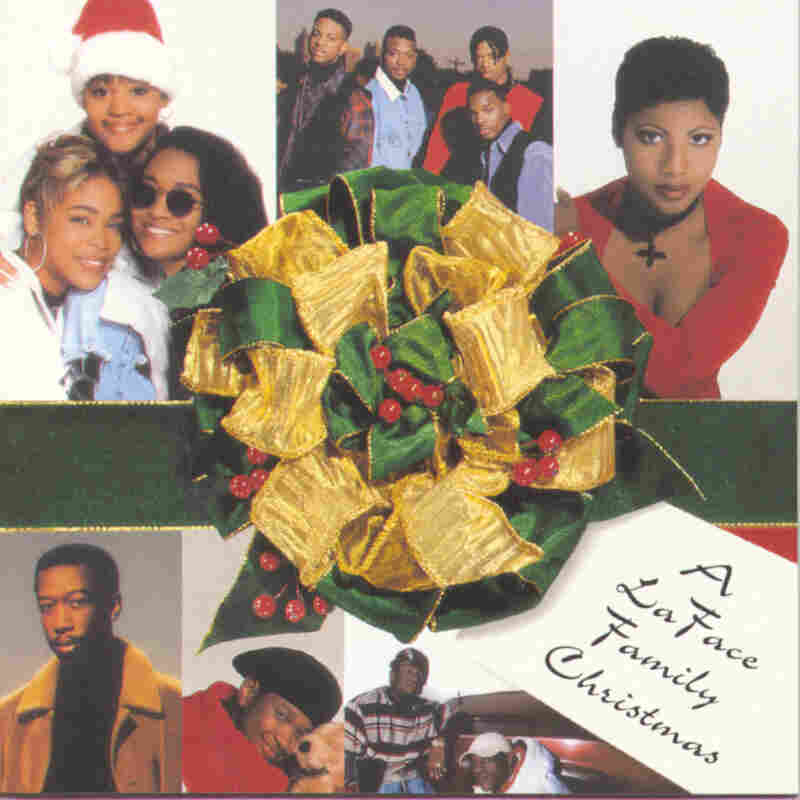 A LaFace Family Christmas courtesy of the label hide caption

Rap and Christmas have always been strange bedfellows. Whereas genres like pop, country and R&B lend themselves to the saccharine sentiment of holiday cheer, hip-hop prides itself on being rooted in bittersweet reality — especially that of America's black underclass. So the all-good/Jesus'-birthday pretensions of holiday spirit feel somewhat disingenuous in its songs. Which is why, as a lifelong rap fan, I have always loved what I consider the greatest hip-hop humbug of all time: OutKast's "Player's Ball."

The song is best known as world's introduction to the Atlanta duo of Andre Benjamin (he'd not yet added the "3000") and Antwon "Big Boi" Patton, and as the lead-up to their classic debut, 1994's Southernplayalisticadillacmuzik. Yet if you've listened to the album version you may have wondered about the strange edits to the song's lyrics. The LP version of "Player's Ball" features a few N-bombs, some references to "indo" and other illicit activities that go uncensored, but for some reason other words are replaced with silence or the echo of the preceding lyrics. Why? Because before the "Player's Ball" that Pat "Sleepy" Brown sings about on the chorus as was happening "all day, ev'ry day," it was going down on "Christmas Day."

The tale goes like this: back in 1993, the Atlanta production team Organized Noize (Brown, Ray Murray, and Rico Wade) had just signed a deal with LaFace Records, and label-head L.A. Reid's first request from his new signings was a contribution to the LaFace Family Christmas compilation he was planning for that holiday season. Reid had made his fortune producing R&B and pop records alongside partner Kenny "Babyface" Edmonds, and Christmas comps were a good (and inexpensive) way to showcase the label's new artists. The problem was Organized Noize were hip-hop guys who, in their own words, "don't really f*** with Christmas like that." They felt obliged to grant Reid his request but they wanted to do it their own way. That they did, taking the idea to Dre and Big Boi, who wrote the song from the perspective of two dope boys less than sentimental about Santa. The result was dedicated to hustlers and street entrepreneurs, full of classic seasonal lines like "Ain't no chimneys in the ghetto so I won't be hanging my socks" and "Shut up that nonsense about some 'Slient Night'/ I gots it crunk/ If it ain't real, ain't right." The song served LaFace's purpose, but it would've been odd to have a song so explicitly Christmas-y on the group's hardcore debut; so references to "decking the halls" as well as some "ho ho ho"s were omitted, and the song's hook was re-recorded. "Player's Ball" became a daily thing — and OutKast became OUTKAST.

A decade later, on an early December afternoon, I found myself navigating a huge department store in midtown Manhattan. I braved the hordes of overly-excited, Christmas consumers to take advantage of pre-holiday sales. (At that point the only stuff I could buy, even for myself, had to be on sale.) The deal-thirsty crowds, tantrum-throwing children, perfume snipers, and corny blaring Christmas song piped into the store overloaded my senses. Just as I hit peak anxiety, ready to run screaming, the Christmas version of "Player's Ball" came on, calming me down and even inspiring a smirk. I don't think anyone else noticed Big Boi rapping about serving junkies on Christmas but me. This was a Christmas Miracle of retail-store, holiday-music programming. I reveled in it. Hearing the song felt like a gift. Suddenly I was in the spirit of the season too.

A LaFace Family Christmas is out now on LaFace/Arista/Sony Legacy.