Accessibility links
Is Santa An Elf? Discuss In which a reporter and an editor get into a heated argument over Santa's classification, and it ends up on the radio. 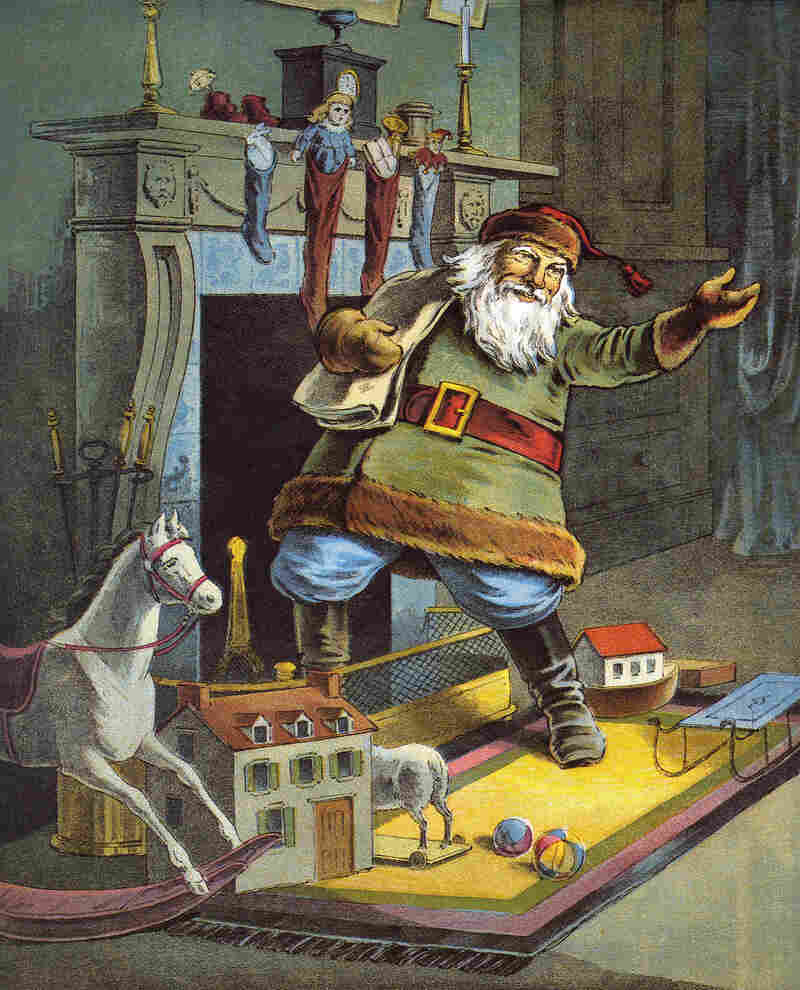 In the 1823 poem "A Visit from St. Nicholas" Clement Clark Moore describes Santa as a "jolly old elf." Above, a 1918 illustration of the poem, by William Roger Snow. GraphicaArtis/Getty Images hide caption 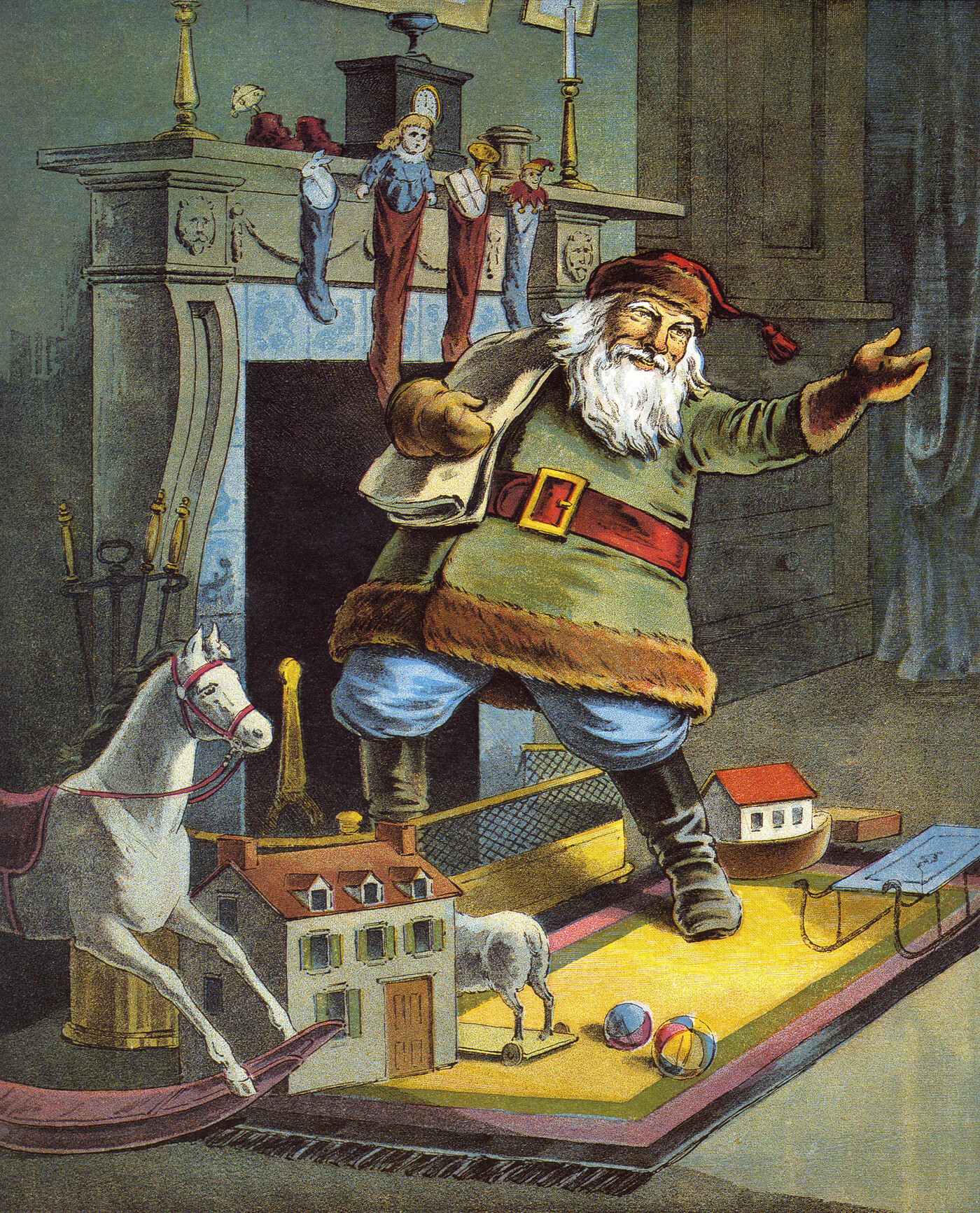 In the 1823 poem "A Visit from St. Nicholas" Clement Clark Moore describes Santa as a "jolly old elf." Above, a 1918 illustration of the poem, by William Roger Snow.

Earlier this week, I tried to describe Santa in a story as an elf. But I ran into some serious opposition from my editor, Rose Friedman, who was convinced Santa was definitely not an elf.

"Think about every Christmas movie you've ever seen," she said. "It's always Santa and the elves. He's like twice their size."

I backed up my argument with literature — just look at the famous Clement Clark Moore poem, "A Visit From St Nicholas":

He had a broad face and a little round belly,
That shook when he laughed, like a bowlful of jelly.
He was chubby and plump, a right jolly old elf,
And I laughed when I saw him, in spite of myself ...

But Rose was not convinced, and my elf reference was dropped. Being a good loser, I posted about this disagreement on Facebook — but had no idea it would hit such a nerve. Below is a sampling of the dozens of responses I received (edited slightly for length and clarity). Feel free to weigh in with your take in the comments below.

"The Clement Clark Moore poem mentions him to be an elf, but I'll bet you that was just lazy writing for the rhyme. He does clearly exploit elven capital to bolster his own legend and ego."

"I think you both may be right. I think there are legends where Santa starts out as an elf. He gets an upgrade and becomes the head of the elves."

"I think he's an elf in a different incarnation, like Gandolf. Ultimately, we should let Santa self-identify. The real question is what do you do for second-reference?"

"Any discussion of whether Santa is an elf or not is an unfortunate distraction from the larger issues of Santa's longtime worker exploitation and animal abuse. Much is made of the tremendous effort elves make to assemble fire engines and dolls under Santa's control, but little attention is to given to Santa's shabby production management practices. Why? Why?"

"As a Jew, I don't have an opinion on this. As an NPR donor, I don't know whether to be amused or slightly concerned. ; )"

"Santa employs elves, but is not one himself. Elves are small; he is big. (But has enough magic about him to fit down chimneys despite his BMI of 30 and insulin-dependent Type 2 diabetes caused by being sponsored for a century by Coca-Cola)."

"Expect a visit from the ombudsman Neda!"

What do you think? Let us know if you are on team Elf or Not-Elf. And either way — Merry Christmas!