Accessibility links
Pocket-Sized Revolution: Behind The Harmonica's World-Music Takeover Howard Levy found he could get a radical new sound out of the mouth harp, essentially by playing it wrong. Today, followers of his method are finding their way into the world's top conservatories. 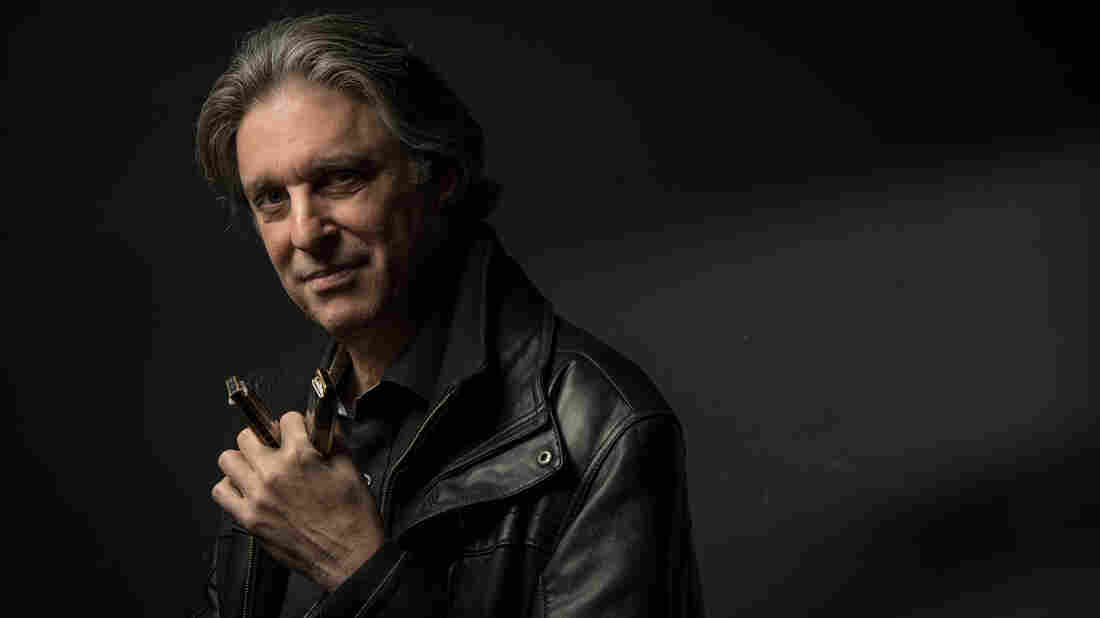 Harmonica virtuoso Howard Levy found that by blowing a little too hard into his instrument, he could conjure notes it was never made to play. "And it freaked me out, I have to tell you," he says. Courtesy of the artist hide caption 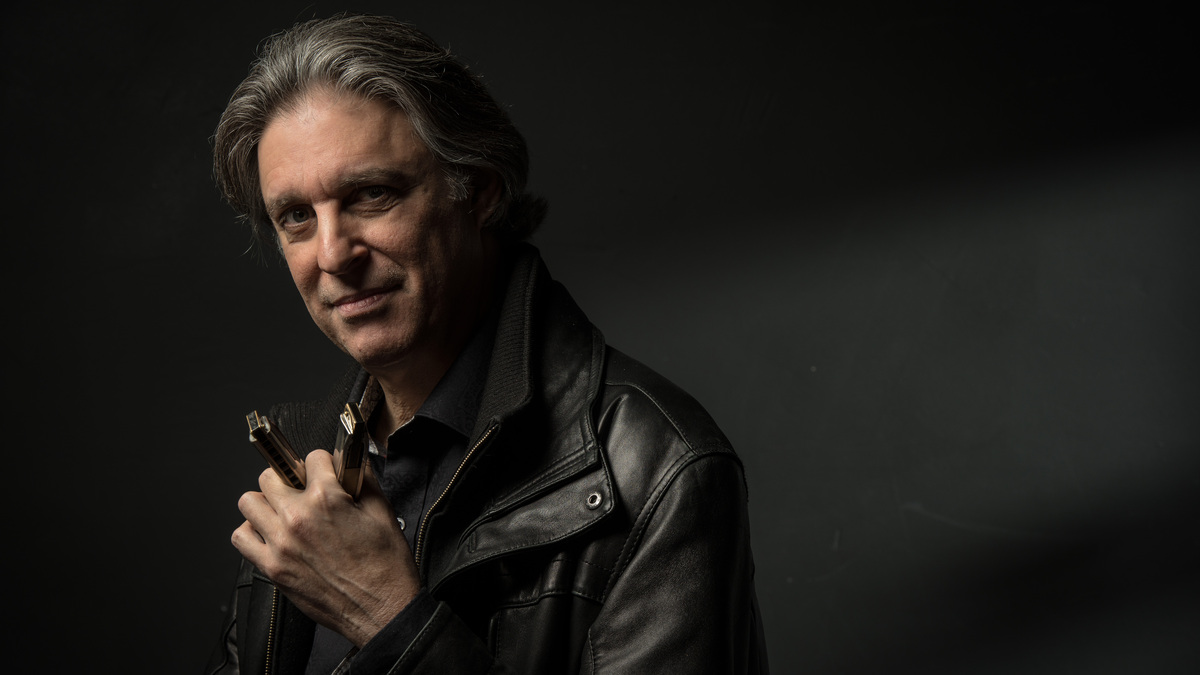 Harmonica virtuoso Howard Levy found that by blowing a little too hard into his instrument, he could conjure notes it was never made to play. "And it freaked me out, I have to tell you," he says.

Most nights, you can walk into a blues club and find a harmonica player blowing their heart out onstage. The wailing, honking sound associated with Western movies and juke joints is what many harp players have emulated for decades. But in the rarefied world of the harmonica, the earth has lately shifted on its axis — primarily because of one man.

Howard Levy is a 64-year-old harmonica virtuoso. When I met him he was sitting in the living room of his bungalow in Evanston, Ill., playing his two favorite instruments in unison: a Steinway grand piano, and a harmonica so small that it nearly disappeared in his big hands.

Levy has single-handedly revolutionized the harmonica by thinking of it, essentially, like a pocket piano. He's mastered a maddeningly difficult technique called "overblowing," in which he squeezes the air flow over the brass reeds to bend each note, and in that way he creates complete 12-tone scales.

"All the places on the instrument where the notes were missing, I discovered if I did that same technique, the notes would pop out, as if by magic," Levy says says. "And it freaked me out, I have to tell you."

The instrument was never designed to play like this. The modern harmonica was popularized in 1857 by an extravagantly-whiskered German clockmaker named Matthias Hohner. Hohner made diatonic harmonicas — tuned to play major and minor chords when you inhale and exhale.

If you wanted to play advanced music with chord changes, you had to pick up a chromatic harmonica: the sophisticated, uptown cousin of the diatonic. It's bigger and heavier, and with the aid of a spring-loaded slide, it can play all of the sharps and flats.

Musicians consider the chromatic "a serious" instrument. Larry Adler played Beethoven on it. Toots Theilemans played John Coltrane on it. But then, along came Howard Levy, playing complex pieces on a four-inch-long instrument. It had never been done before.

Levy still remembers visiting the Hohner factory in Germany to show them what overblowing could do: "I was not met with a tremendous amount of friendship by some of the people who were in charge of manufacturing. They said, 'Why don't you just play the chromatic? Why are you doing this?'"

Elsewhere in the music world, Levy has found more support. He played his Concerto for Diatonic Harmonica and Orchestra with the Czech National Symphony. And over the last 40 years, he has taught his technique to hundreds of other harp players around the world.

"He's beyond influential," says Adam Gussow, an English professor at the University of Mississippi, accomplished harp player and editor of the website Modern Blues Harmonica. "It's like an epoch. You know, there's the before and after Howard, in terms of the diatonic harmonica."

Levy's reach is such that prestigious American music conservatories nowadays have begun accepting students whose instrument is a pocket harmonica. One of them is Thorleif Davidsson, a 24-year-old harmonica player from Reykjavik, Iceland, who has a full in the brass department at the Berklee College of Music. When he arrived in Boston, he says, everyone was skeptical.

"Yeah, I kinda always have to prove myself," Davidsson says. "The diatonic harmonica doesn't have the greatest reputation. People always know someone that plays the harmonica, and usually not that good."

On the opposite coast in San Francisco, there's a 26-year-old Russian harp player named Ilya Portnov who recently graduated from the New England Conservatory. "I was the only harmonica student," he says, "and some of the teachers were surprised how serious I am about the instrument. That was funny to them."

New Zealand-born harmonica wizard Brendan Power, meanwhile, plays the European festival circuit, and makes specialty harmonicas at his workshop in Canterbury, England, with all sorts of imaginative tunings. Like Howard Levy, he took the humble 10-holer and re-imagined it.

"The harmonica — there's an amazing amount of potential in there if you do get in there and change things around, get different sounds and play different styles with more authenticity," he says.

Adam Gussow says the instrument's footprint keeps getting bigger. Untethered from the rawboned tradition of American blues and cowboy songs, the harmonica now stands at the center of a world-music explosion: "You know, it's a time of great ferment. Every day I turn around and I see something else done on the harmonica that I didn't expect to see."

Matthias Hohner would not have believed his ears.