Accessibility links
#MemeOfTheWeek: Hillary Clinton, Not Quite An Abuela The presidential candidate's latest attempt to reach out to Latinos may have backfired. 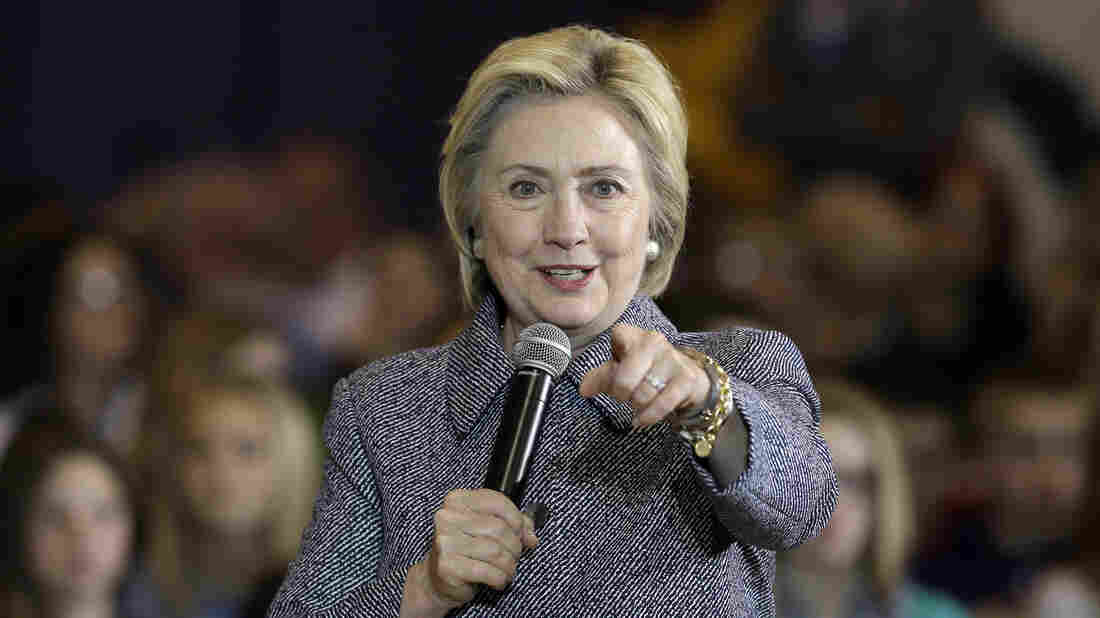 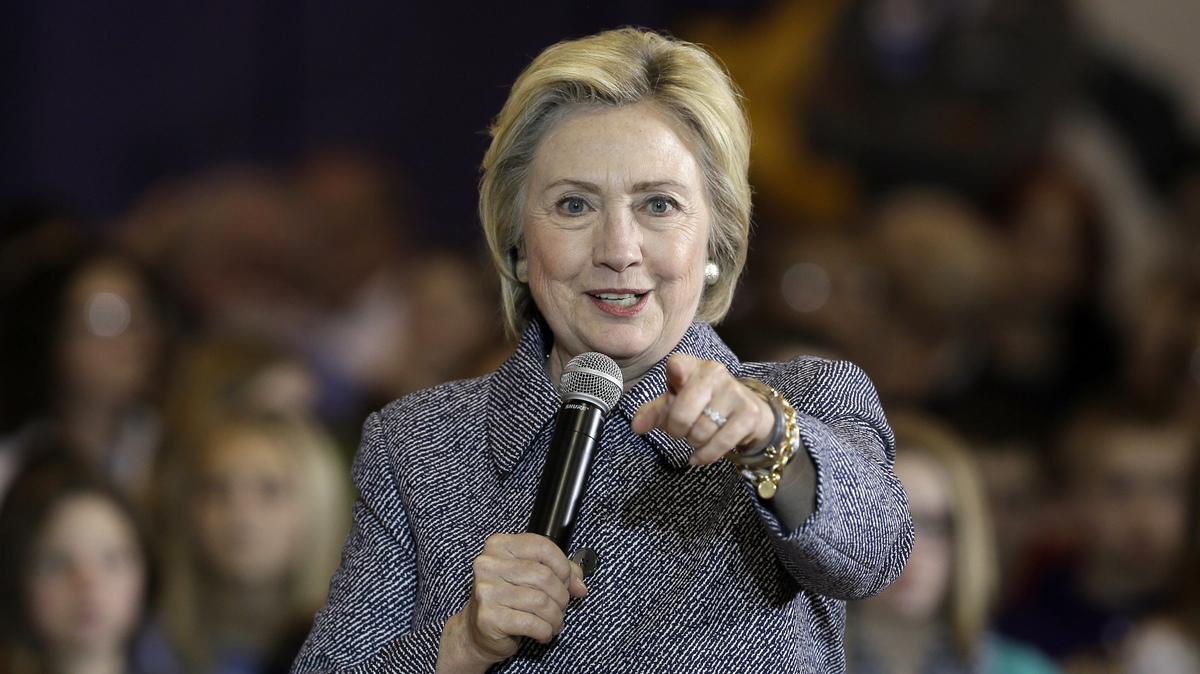 Everyone agrees that Hillary Clinton is a grandmother. But some aren't so sure she's an abuela.

This week, Hillary Clinton's team put up a post up on her website called "7 things Hillary Clinton has in common with your abuela" (the Spanish word for grandmother). Like your abuela, the post says, Hillary does things like worry about children everywhere, and isn't afraid to talk about the importance of respecting women. She uses the Spanish word for respect, respeto, a few times.

The post contains picture of Clinton with Marc Anthony, the famous Latino singer, as well as reference to Clinton's work with DREAMers, young immigrants who have been working for their legal status.

You could see what Hillary's team was trying to do: reach out to Latinos and Spanish speakers with some specific cultural nods.

But some online thought it missed the mark. They even called it "hispandering," a mashup of Hispanic and pandering. (NPR's Shereen Marisol Meraji has written extensively about Hispandering.)

Soon after the Clinton abuela post went up, the hashtag #NotMyAbuela (or #NotMiAbuela) began to trend.

Our experiences cannot be equated to those of a rich and privileged white woman. It's shameful and disrespectful to try #NotMyAbuela

Hilary is #NotMiAbuela #NotMyAbuela because I was separated by mine by many miles, and a militarized border pic.twitter.com/3cGk3dkIa7

To be clear, not all of the tweets were serious. Some just seemed to mock Clinton in a fairly lighthearted way.

.@HillaryClinton do you even know what this is? #NotMyAbuela pic.twitter.com/Z2qGfXGGWm

Whether you think Clinton's outreach in the abuela post was offensive or not, it's important to note that a lot of politicians do this — you can think of many examples of politicians speaking Spanish badly.

Of course, sometimes this sort of thing just works better for certain candidates. Remember, Barack Obama made Si Se Puede — "yes we can," in Spanish — one of his campaign slogans.

And in this election, Bernie Sanders supporters have called him "Tío Bernie" or Uncle Bernie in Spanish (members of the Sanders campaign have begun to distance themselves from the nickname). Jeb Bush sells a stone guacamole bowl on his campaign website.

And when it comes to accusations of hispandering, Hillary Clinton has some numbers on her side: for some time now, she's been well-liked by Latinos. A Marist poll out this month found that among Latinos Hillary Clinton beats all of the leading Republican candidates — by double digits. And, back in 2008, when Hillary Clinton ran for president the first time, the Pew Hispanic Center found that Hispanics voted for Clinton over Obama by a nearly 2 to 1 margin.

On the issues, Clinton has stances that many Latinos seem to support. Clinton has come out in favor of comprehensive immigration reform with a pathway to citizenship. And she also says she supports deportation relief for so-called DREAMers. These stances are further to the left than Barack Obama.

Hillary's campaign has responded to this whole flap. The campaign's director of Latina outreach, Lorella Praeli, sent this statement to NPR:

"Hillary Clinton is a proud grandmother and has spent her entire career fighting for families and children. As a Latina who recently became a citizen, I know firsthand the challenges that many in this country face, including fear of deportation, and Hillary is committed to fighting against Republican attacks to tear families like mine apart. I'm proud to work for someone who stands up for Latinas and I will continue to travel the country to discuss how she will fight for our community as President."

And a campaign staffer told NPR that a Latina woman on the Clinton campaign, Paola Luisi, wrote the abuela post and thought of the idea in large part because Clinton reminded her of her own deceased abuela.