Accessibility links
New Conservation Effort Aims To Protect Papa's Papers Ernest Hemingway left papers and a private library of more than 9,000 books when he left Cuba. A Boston-based foundation is taking steps to save the artifacts from the hot, humid Caribbean weather. 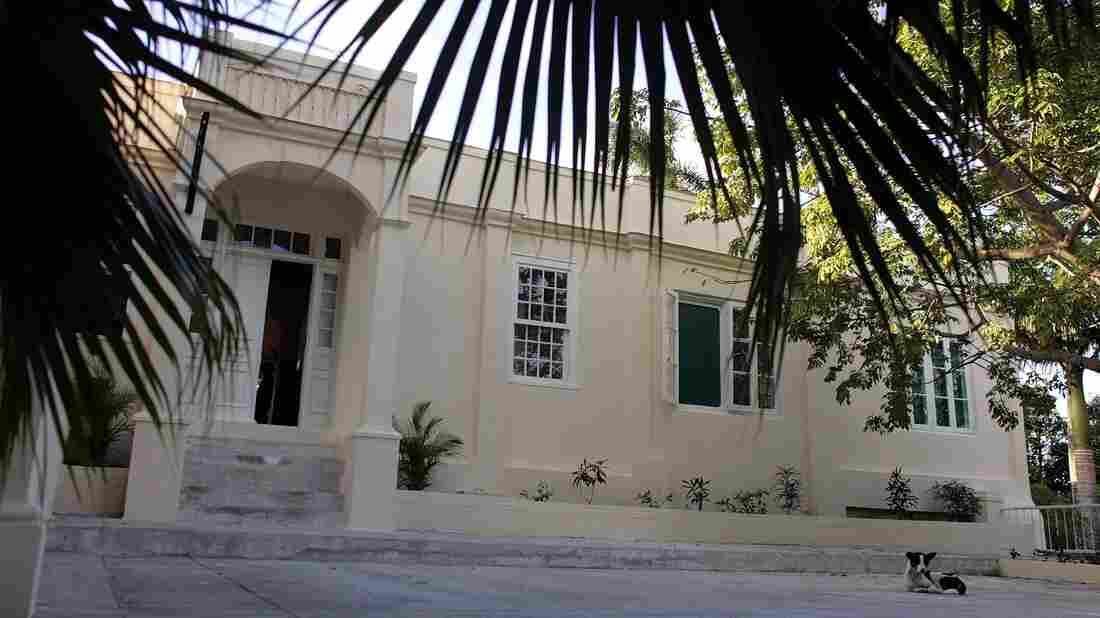 Ernest Hemingway wrote The Old Man and the Sea here at the Finca Vigia, his home outside Havana. Joe Raedle/Getty Images hide caption 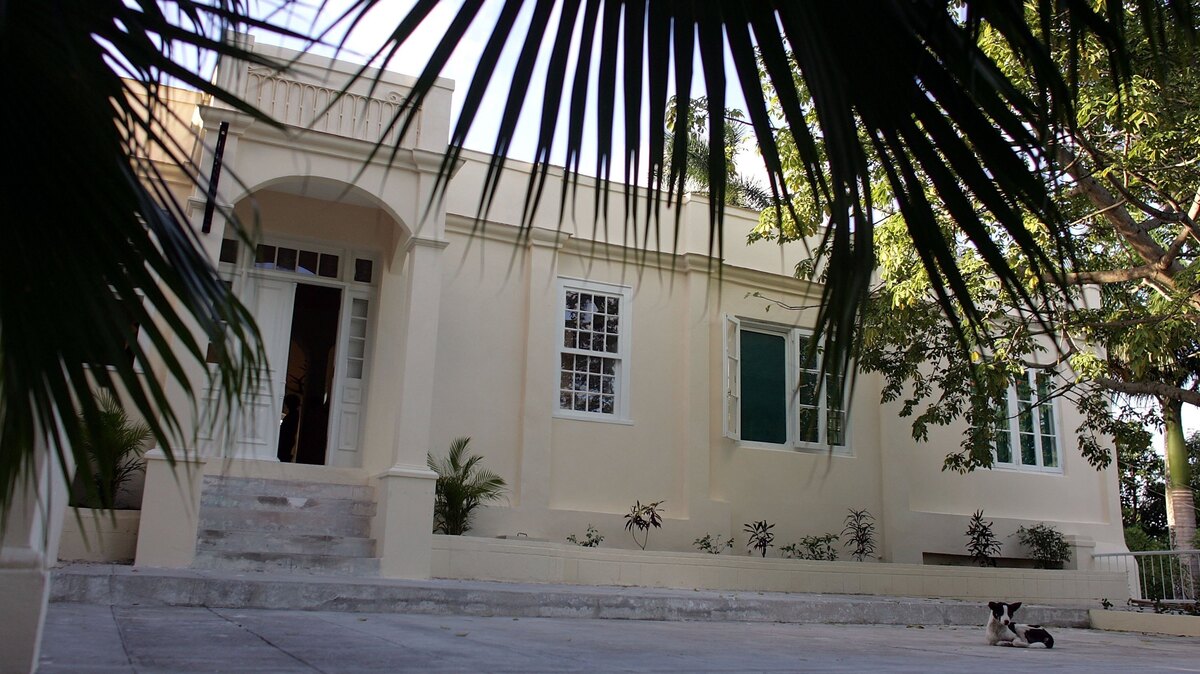 Ernest Hemingway wrote The Old Man and the Sea here at the Finca Vigia, his home outside Havana.

It's been a year since the U.S. and Cuba began normalizing relations. Tourism, business and cultural exchanges are booming. And there is another curious benefactor of those warmer ties — Ernest Hemingway, or at least, his legacy. The writer lived just outside of Havana for 20 years, and that house, called the Finca Vigia, has long been a national museum.

But years of hot, humid Caribbean weather has taken a toll on the author's thousands of papers and books. A Boston-based foundation is helping restore those weathered treasures, and who better to lead that effort than the original dean of home repairs: Bob Vila, of public television's This Old House. He tells NPR's Carrie Kahn that he has a personal connection to Cuba. "I'm American-born Cuban," he says. "My Havana-born parents emigrated during the latter part of World War II, and I was born in Miami, raised there and partially in Havana up until the revolution in 1959."

On the condition of the house

It's restored — I mean, the restoration, the new roof, the new windows, all of the basics of the house were, the restoration was completed five or six years ago, it's now into its first major maintenance phase. The work that continues is really about the conservation of the papers, the books. Hemingway's private library of over 9,000 books were all left there. The changes that President Obama has brought forth have allowed us to actually begin fundraising so that we can help with the work of creating a paper conservation laboratory as well as an archival storage facility where many of these literary treasures will find a safe home.

On the treasures in the house 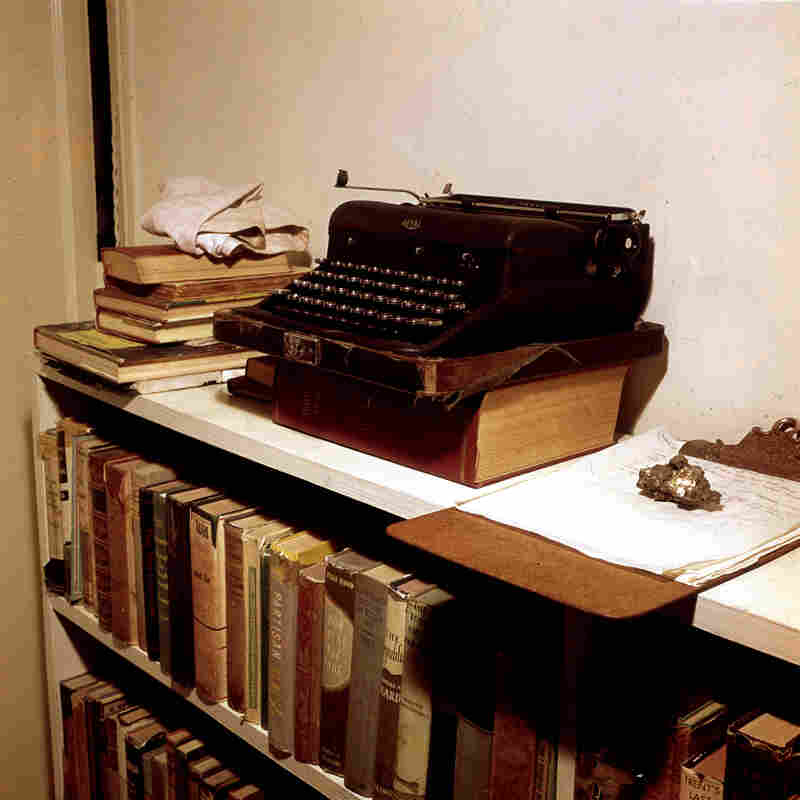 Hemingway left his books, papers and typewriter (seen here in 1964) in Cuba when he returned to America. Mondadori Portfolio /Getty Images hide caption 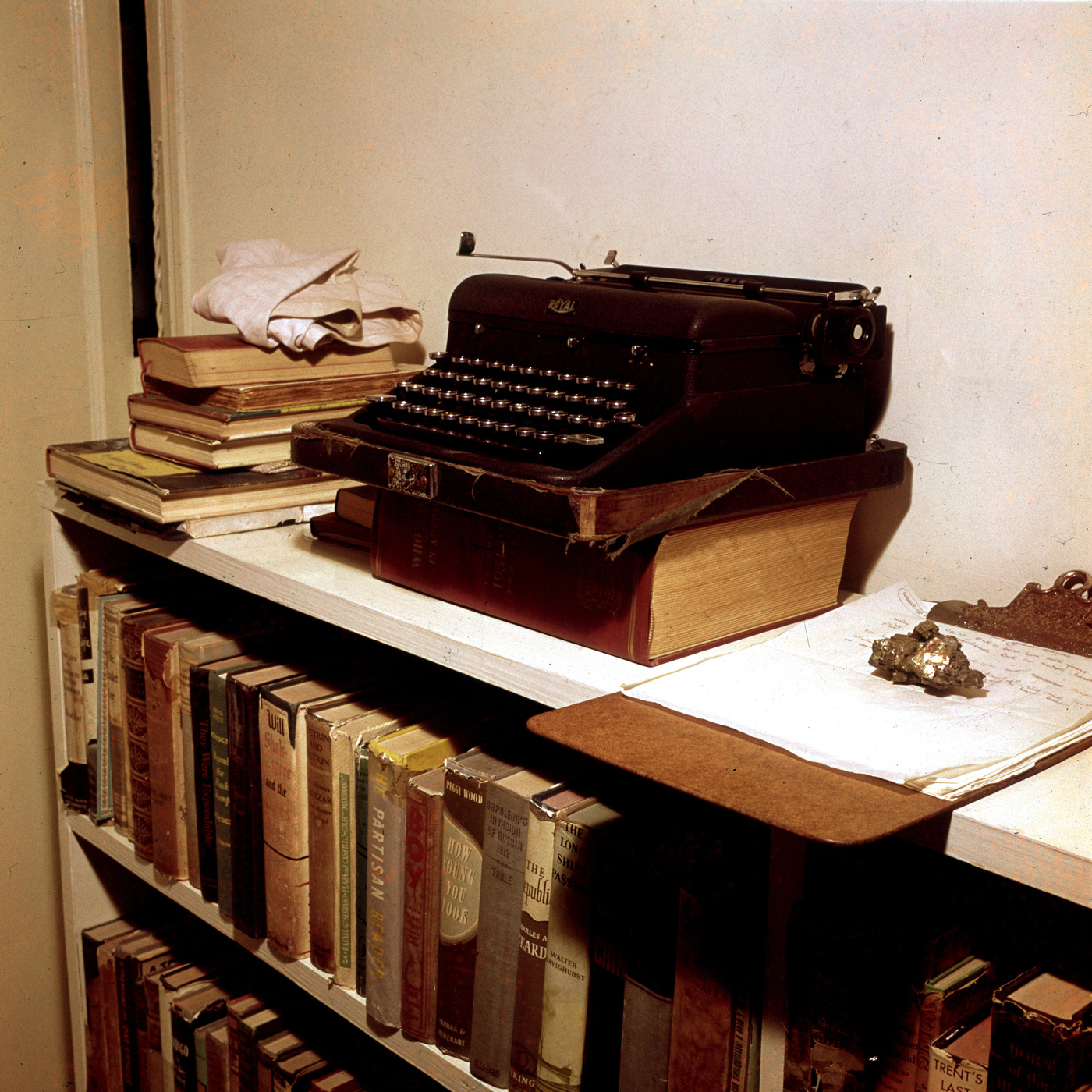 Hemingway left his books, papers and typewriter (seen here in 1964) in Cuba when he returned to America.

The very first time I went to the Finca, I came as an expert on termite damage. And what happened was that the accessory building that Hemingway put up back in the '50s, which was a wooden building, was essentially a guesthouse/garage. And this is where the Cubans had been storing a great many items, and I needed to get in to see what the structure looked like, and to just poke around at it to see how bad the damage was. But they were very very jealous about it; they didn't want me to go in there. But I finally convinced them, and we opened these doors and turned on a spare light bulb that's in there. And I've always compared it to what it must have been like to find Tutankhamen's tomb. Because in the dim light, I just saw a row of all his African hunting trophies, boxes upon boxes of books, and I look to the left, and there's his typewriter.

On the house after the revolution

He left the home to the Cuban people, not to the revolution, and he wanted it to become a museum. His widow eventually went and removed personal belongings, you know, her grandmother's tea set kind of things, and papers ... but generally speaking, everything that you see there, he meant to leave there, so that it could become a center for learning, a center for understanding more about his literature, and part of a cultural bridge between our United States culture and the Cuban culture.