Accessibility links
The Best Television Of 2015: 'Mr. Robot,' 'Fargo,' 'Inside Amy Schumer' Among TV's Tops This Year With so many good TV shows out there, the bar has been raised for best-of lists. NPR TV critic Eric Deggans highlights 12 shows he says are more than good — they're game-changing. 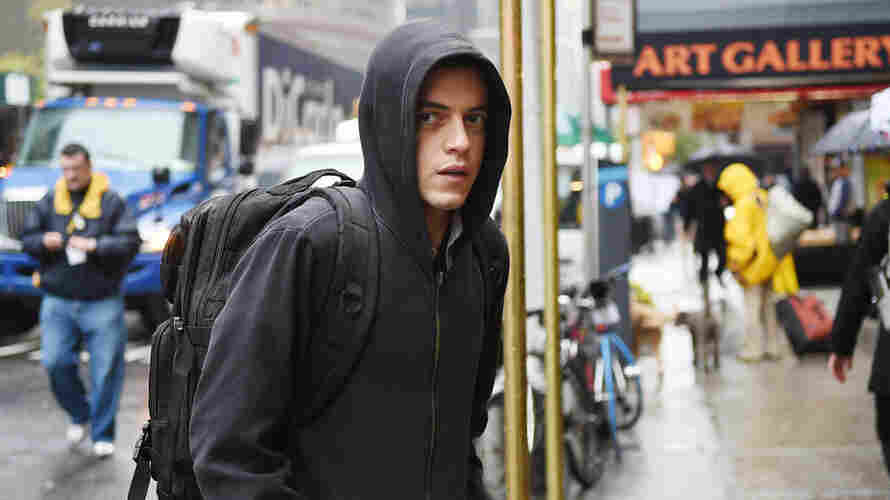 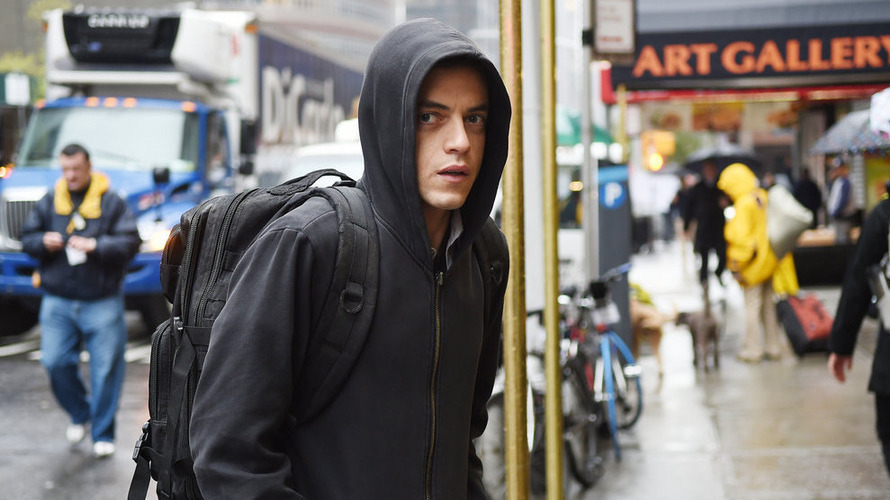 NPR TV critic Eric Deggans spoke to Carrie Kahn on Weekend Edition Sunday about the plethora of television available on broadcast, cable and streaming outlets, and you can hear that conversation at the top of the page. Eric has, however, picked 12 shows that rose above the rest for this year-end wrap.

You may see a lot of teeth-gnashing from critics in year-end pieces lamenting how the flood of TV shows this year undermines the industry and makes picking out the best stuff of 2015 nearly impossible.

True, the TV business is getting tougher. And there is a sense that some TV outlets are making shows without a sense of whether they can profit off them. But for fans, it's easier than ever to build a diet of media focused exactly on what you love and care about.

Thanks to the "Peak TV" phenomenon — according to one study more than 400 series aired in 2015 — with a little effort and some help from technology, you never have to watch a second of television you don't want to experience.

But it also raises the stakes for year-end lists.

So my year-end Best Of list is going to inch up the bar a bit; for the most part, shows on my tally aren't just good, they're great.

12) The Nightly Show (Comedy Central) – It's not changing the political conversation like its time-slot predecessor The Colbert Report did. And its correspondents are still hit-or-miss. But what The Nightly Show has accomplished since its January debut is a re-ordering of the late night TV hierarchy. For the first time in the post-Daily Show era of Newsicomedy Talk Shows, Larry Wilmore and his crew present a news parody from the perspective of someone other than a white male. And when they do connect — like his devastating bits on Bill Cosby and the "unblackening" of the White House post-Obama — they make a statement on media, politics, pop culture and race that no one else in television can.

11) Transparent (Amazon) – This year, Amazon's show about a 70-year-old academic transitioning from male to female vaulted from being a symbol of TV's growing interest in the stories of transgender characters to something greater. Each member of the Pfefferman family remains hugely self-involved, searching for fulfillment and uniquely damaged by the secrets Maura Pfefferman kept for the many years she lived as Mort. It's a great sign that Amazon can consistently make excellent television, turning a landmark cultural moment into a historically high-quality TV series.

10) Inside Amy Schumer (Comedy Central) — No one has talked about women, sex and modern life like Schumer, whose sketch show uses titillation to get viewers in the tent before slamming them with our modern hypocrisy on all of the above. Her use of Tina Fey, Julia Louis-Dreyfus and Patricia Arquette to slam Hollywood's two-faced attitude on women, age and attractiveness – titled "Last F---able Day," of course – is reason alone to salute her deft way of nipping at the hand which feeds her career. (Editor's Note: That link is to the uncensored version of the sketch.)

9) Empire (Fox) — Yes, the second season isn't the phenomenon of the first. But no other series on network TV this year has better proven the power of diversity. These are unapologetically black characters in a modern fairytale: three brothers, a mighty matriarch, and a brutal patriarch fighting for control of a worldwide music empire, set to the baddest beats in R&B and rap. Fret if you want about stereotypes involving violence and the hypersexuality of black characters, but Taraji P. Henson's Cookie Lyons is one of the most compelling, layered, and complex new characters on TV this year.

8) Master of None (Netflix) — Aziz Ansari nails modern love, modern families and cultural assimilation in a potent comedy that often camouflages its depth with Ansari's quick wit and snappy patter. At a time when America is tempted to turn its back on immigrants, he uncorks an episode on the struggle pampered first generation kids can face connecting with their immigrant parents' hardscrabble origins. It's like Seinfeld crossed with Louie on a show that actually cares about New York's diversity.

7) Shondaland (ABC) — Taken separately, the series produced by Shonda Rhimes — Grey's Anatomy, Scandal and How to Get Away with Murder — are good nighttime soap operas with flashes of brilliance. But their collective impact on television has been immense. From teaching network TV the power of nighttime soap operas to giving us two broadcast dramas led by black women for the first time in history and directly depicting abortion in the lives of modern women, Rhimes keeps pushing the form to new places.

6) The Jinx: The Lives and Deaths of Robert Durst (HBO) — It's the ultimate in reality television; watching a man suspected of murder for decades seemingly admit the crime when he thinks no one is listening. But filmmaker Andrew Jarecki accomplished even more with his six-part series tracing allegations that wealthy real estate heir Robert Durst murdered three people. He created a new version of true-crime television, exploring an unresolved case in a series centered on interviews with the eccentric, self-destructive prime suspect who was arrested before the season finale aired.

5) Black-ish (ABC) — In its second season, this show has blossomed into one of the funniest sitcoms on television, tackling everything from Christmas materialism to use of the n-word. It's all filtered through the perspective of three generations of black people living in the same, upper-middle class California home. Side-splitting, specific and universal all at once.

4) Better Call Saul (AMC) — On Breaking Bad, Saul Goodman was a relentlessly cynical shyster with big dreams and the style of a two-bit hustler. In Saul, we see how a well-meaning schlub named Jimmy McGill became that glorious tribute to legal technicalities and greed. It's Breaking Jimmy in a way; a tragic comedy that was the best spin-off series of the year.

2) Fargo (FX) – This is a marvel of modern television. Somehow, creator Noah Hawley took his feat of translating a beloved 1996 movie into a successful TV series and raised its game for the second season. Set in 1979 and tracing the bloody gang war referred to in the first season, this year's episodes give us compelling new characters, more absurdist Midwestern humor, lots of gore, Bokeem Woodbine and Patrick Wilson in career-making turns and an unexplained UFO. There's also a parable on the power of stoic, no-nonsense goodness, a subtle take on the country's post-Vietnam/Watergate malaise, nods to the struggles of black people, Native Americans and women to transcend oppression and Bruce Campbell as Ronald Reagan. I could go on, but you get the point. It's just awesome, don't 'cha know?

1) Mr. Robot (USA) – On the surface, this series is a snaky, unpredictable drama about a disturbed hacker attempting to break the world's biggest corporation. But Rami Malek's performance as hacker Elliot Alderson is a masterpiece of detached charm. You start the series believing this is a story about an eccentric prodigy exposing how corporations control the world. But Malek's Alderson is an unreliable narrator, turning the series into a darker, more intimate mystery airing on a cable channel once known for slighter "blue sky" adventure dramas and mysteries. This is what the face of modern cable TV drama should look like: surprising, revolutionary and revelatory.