Accessibility links
Faced With Fear, A Muslim Woman Makes A Stand — By Setting One Up Amid an atmosphere of mistrust about Islam, Mona Haydar and her husband had an idea: Why not open a dialogue? So, they set up a stand — "Ask a Muslim" — and brought some doughnuts. 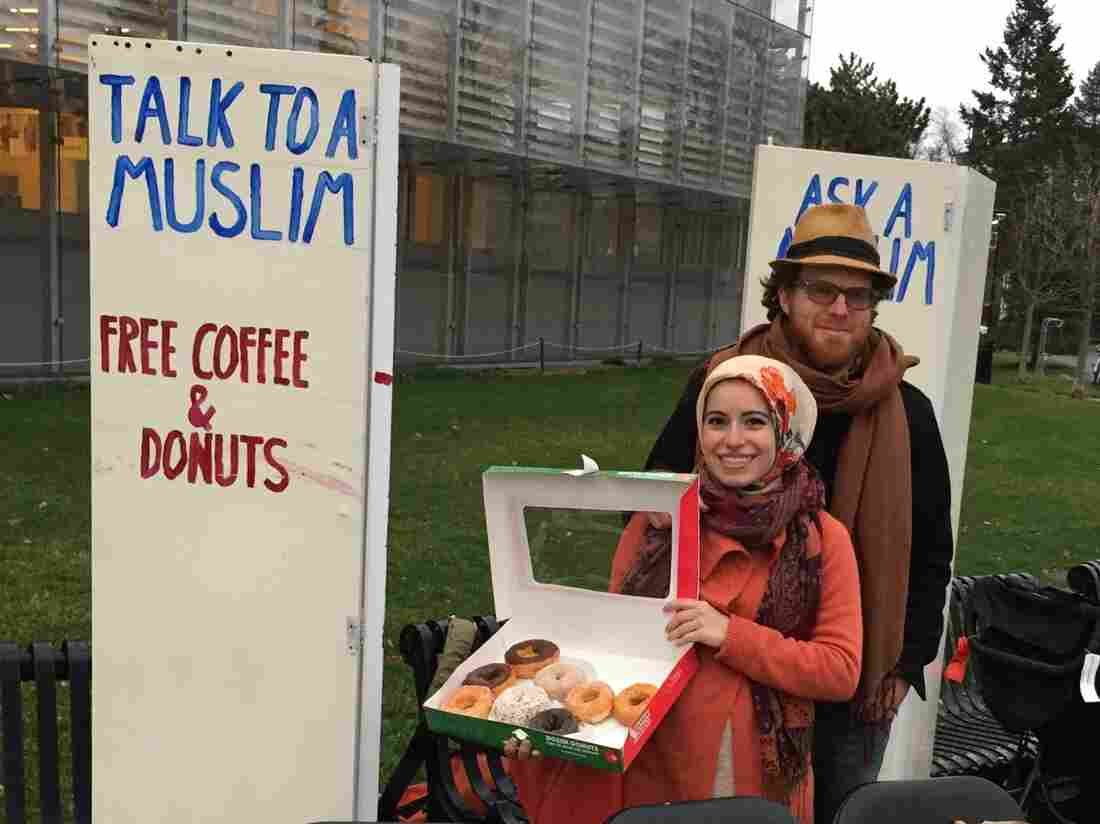 The conversation was edifying and rewarding, Haydar says — but the doughnuts weren't bad, either. Courtesy of Mona Haydar hide caption 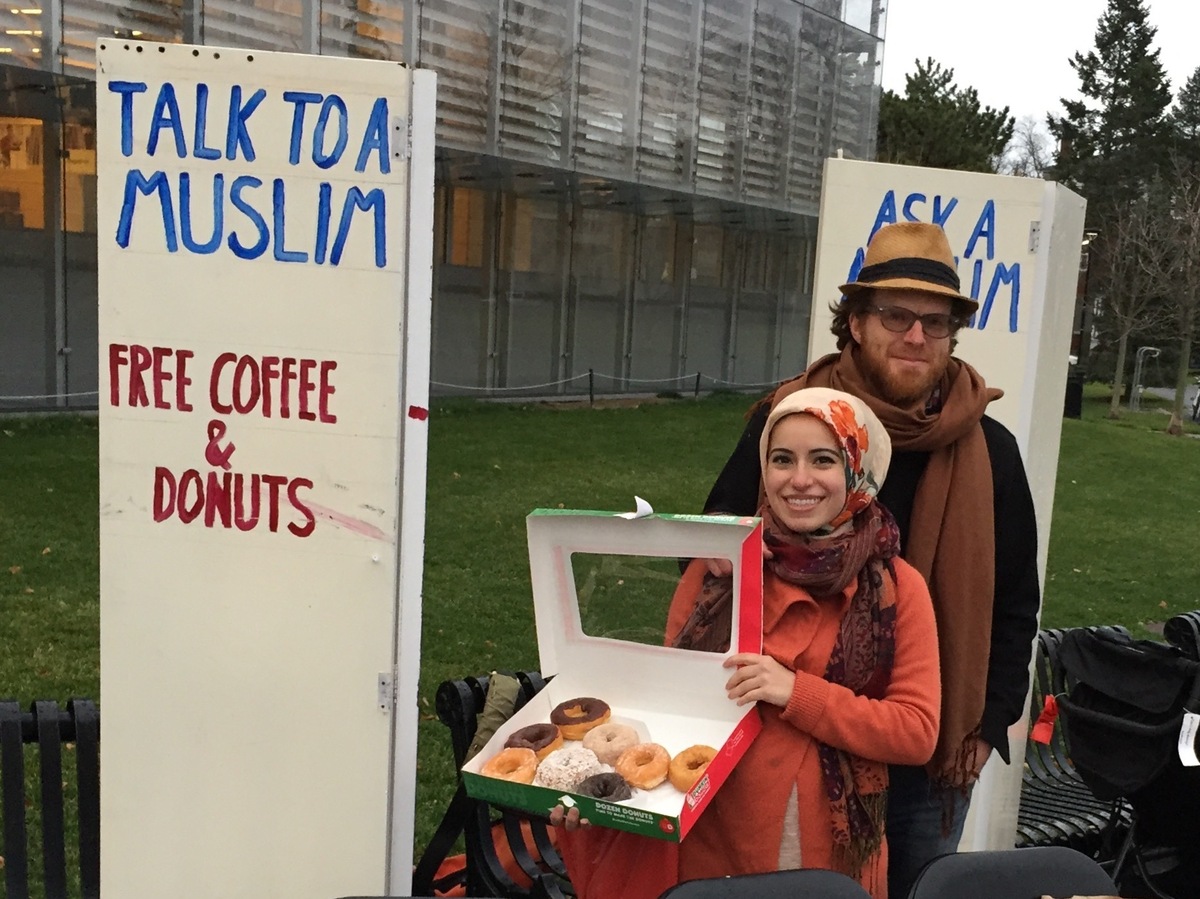 The conversation was edifying and rewarding, Haydar says — but the doughnuts weren't bad, either.

Mona Haydar is a Muslim — and she wants to talk about it.

So much so, in fact, that she set up a stand outside a library in Cambridge, Mass., with a big sign reading "Ask a Muslim." Along with a free cup of coffee and a doughnut, Haydar offered passersby an opportunity for conversation.

She says the idea occurred to her husband, Sebastian, and her over dinner one evening. As they were eating, she says, Sebastian remarked: "What if we did something kind of crazy?"

"He had seen this segment on This American Life, where a young Iraqi man had done 'Ask an Iraqi,' " Haydar tells NPR's Carrie Kahn. "And so [Sebastian] was like, 'Why haven't we thought of this before? Why don't we get out and talk to people?'

After the day was done, she posted a summary to Facebook — a post which has now garnered more than 11,000 likes and the attention of several different media organizations.

"We weren't out there that long today but the take away was clear: Keep your heads held high, dear Muslim family," she wrote in that post. "There is an overwhelming amount of love and so remember this post when you are faced with bigotry and hatred towards you or your faith.

"Remember that you have supporters too." 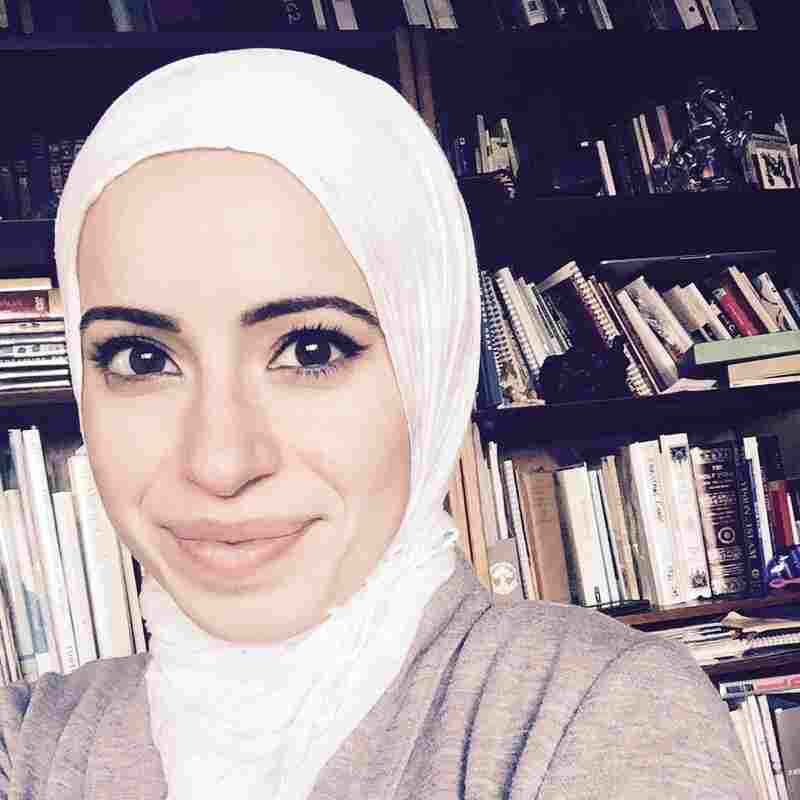 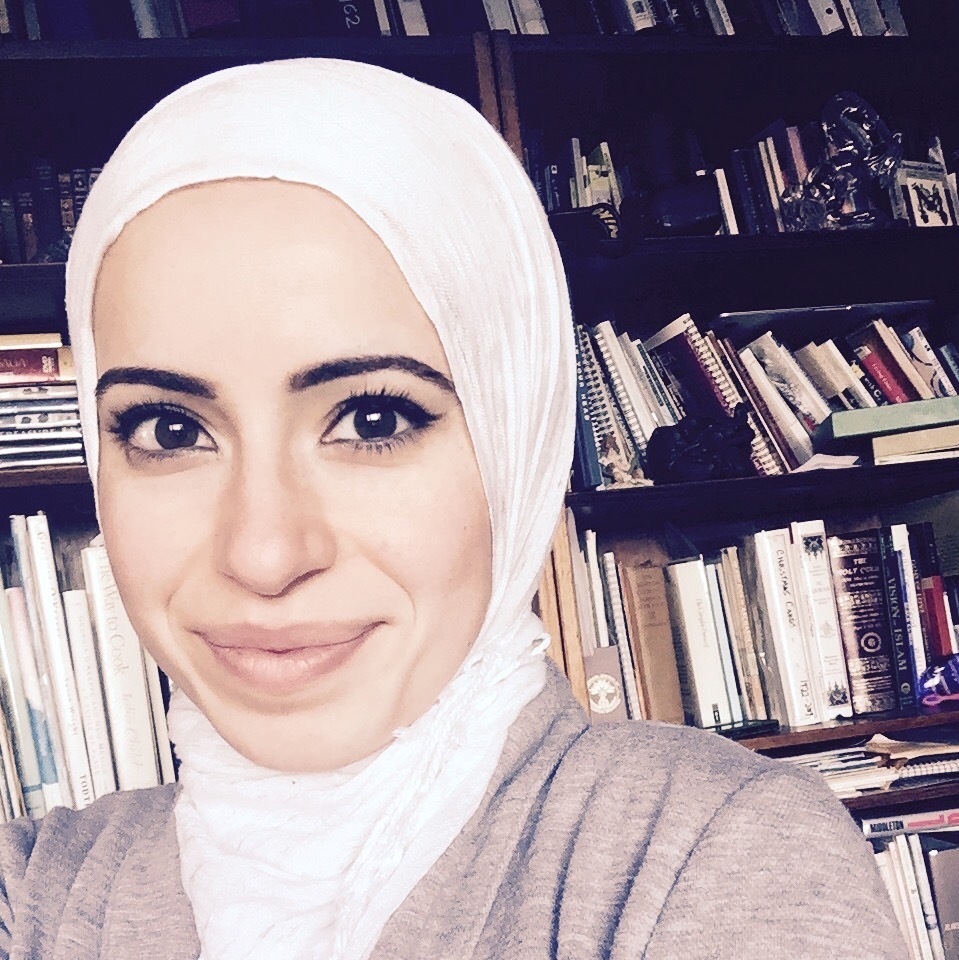 On the reactions of those she met

Honestly, most of the people didn't ask questions. To be totally frank with you, people just wanted to say hey and connect and say, "Hey, I really love what you're doing" and "Thank you for doing this" and a lot of folks were apologizing for things that are happening in the world right now, for all the discrimination that Muslims are facing in the world, especially in America.

On what she expected going into it

Initially, I thought I was going to get a lot of negativity, we were going to face a lot of Islamophobia. And I was going into it with that mindset.

Then I decided, you know what, I really can't do this if I'm expecting people to be negative. Because I'm not a negative person. I'm a super bubbly, happy person. I'm really friendly, I'm really nice, I'm really smiley; why should I expect anything less from other folks? ...

People expect me to be some kind of boogeyman — so, I was like, I can't go into it with that kind of mindset. So I didn't prepare, I didn't have expectations of what people would bring. Honestly, I was really happily surprised with what happened. Because I went in with a super open heart, with a super open mind, and just let happen what was going to happen.

On whether she'll do it again

I really hope so. We're planning to do it again soon, and we look forward to it. You know, we just had such great encounters with folks.

Specifically, there was this one gay couple that came up, and we ended up just talking about what any two couples talk about. They've been married 22 years. Me and my husband, we've only been together four. ...They just had a lot of advice for us.

I just really look forward to more encounters like that. Actually, one of the men ended up being Muslim. That was just a really funny and amazing experience. And I want more of that in my life — so yeah, I'm going to do it again.