Accessibility links
Harlan Ellison Returns With A 'Can'tankerous' New Collection The sci-fi legend is America's national curmudgeon — and his rage, humor and a little sadness are all on display in a new collection of short pieces, interspersed with thoughts about his 2014 stroke. 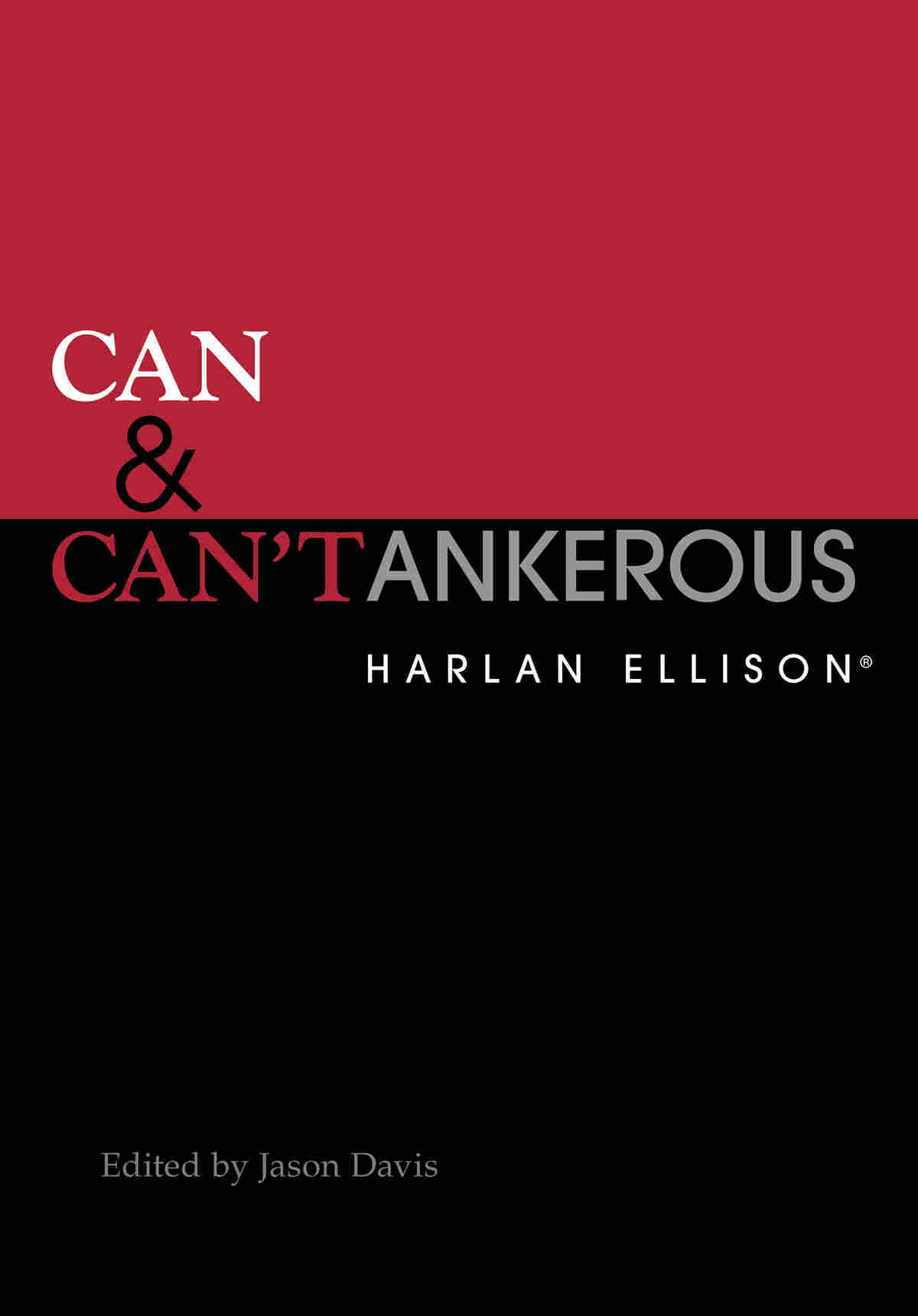 Harlan Ellison is America's weird uncle. He's the angry, elderly cousin at the table — the one who, for weeks before dinner, everyone asks about. Is he coming this year? Is Harlan gonna be there?

They ask because they're worried; Harlan is always starting something. But they'd also be sad if he wasn't there. Ellison is old now, but age hasn't dimmed his anger or taken the edge off his humor. He's our curmudgeon. He's family. With a billion short stories to his credit, a million books and TV scripts and comics and stories, he's as much a part of our combined American consciousness as air and water and death and taxes.

Most important, he's back. A new collection of shorts — annotated, as is his way, with little stories, forewords, afterwords, explanations and interstitial material — is on the shelves, bearing the odd (and oddly Ellisonian) title Can & Can'tankerous.

He's got a lot of stuff in here. A lot of rage, some sadness, more laughs. There's the story (a bit famous now, called How Interesting: A Tiny Man) about the creation of a tiny, perfect man, humanity's irrational fears, and how they can condense into a rain of hatred against anything different. About smallness of form and smallness of spirit both at the same time, but also about reader expectations — deliberately obscuring the color, sex and description of the main character. He does that again in Objects Of Desire In The Mirror Are Closer Than They Appear, only revealing that the bitter, hardboiled cop protagonist is a woman halfway through because he thinks (and explains later) that everybody reads this sort of story in the voice of a man and wanted to subvert that assumption.

The tiny man story also gets two endings, each grimmer (and more inevitable) than the last. But he follows them with Never Send To Know For Whom The Lettuce Wilts, which is the most Ellison-y tale of the lot — goofy, but prescient, cruel and smart, having to do with a curious man, a fortune cookie, and an alien trying to conquer the world through small, demoralizing acts (like wilting lettuce, making nails bend, and inventing the English language). The funniest bit? The alien (small, gnomish and furious) wears a huge yellow button pinned to its breast that reads CONQUEROR. An award it gave to itself.

That's how Ellison rolls. Tired, old, ornery — and yet kind, too. Generous. Giving us stories, and then stories about the stories.

There's a magic shop story in here. A space opera (of sorts) that clocks in as the longest (and weirdest) of the tales. Again, because Ellison is Ellison, there are a bunch of little things, too — complete tales pumped out with superhuman speed and incomparable style. He fronts Weariness by telling the tale of running a workshop at a convention in Washington. A bunch of art pieces handed around as inspiration. A bunch of writers given one hour to compose a complete story.

And then there's Harlan, at the front of the room, with his portable Olympia typewriter, poking away at 120 words per minute (with two fingers and no typos, he brags), feeling sad and tired and coming up with a story about the heat death of the universe which begins: "Very near the final thaw of the universe, the last of them left behind, the last three of the most perfect beings who had ever existed, stood waiting for the transitional moment. The neap tide of all time."

One draft. No idea where he was going with it. Just start hitting the keys and seeing what happens next. That's how Ellison rolls. Tired, old, ornery — and yet kind, too. Generous. Giving us stories, and then stories about the stories. The lettuce story? Inspired by a Chinese dinner with Norman Spinrad in 1956, sold to Amazing Stories that same year for $49.50, then remastered for this collection. Weariness is just a few hundred words long but his afterword is a kind of love letter to Ray Bradbury, and runs for five times the story's length, maybe more. And it is beautiful.

The best moments in all of Can & Can'tankerous are also the saddest, though. Between each story, Ellison has included a few italicized lines describing the stroke he suffered in 2014 — the lead-up to it, the moment of it, what came after. He does this because (like with the forewords, the afterwords, et cetera) he can't not do it. His stories can't exist without the framework of Harlan Ellison explaining why they exist — talking about dinner with Norman or a conversation with Ray or the sensation of one side of his body just quitting on him one day. He's a man who literally can't fall down without writing a story about it.

And because he's Harlan Ellison, the story of him falling down one day is the best, funniest, saddest, sweetest and truest tale of the bunch.