Accessibility links
In Exile, Burundian Musicians Create Out Of Crisis Political violence in the African nation of Burundi has forced an estimated 200,000 people to flee. Some are musicians who are bringing the country's diverse styles together in one band. 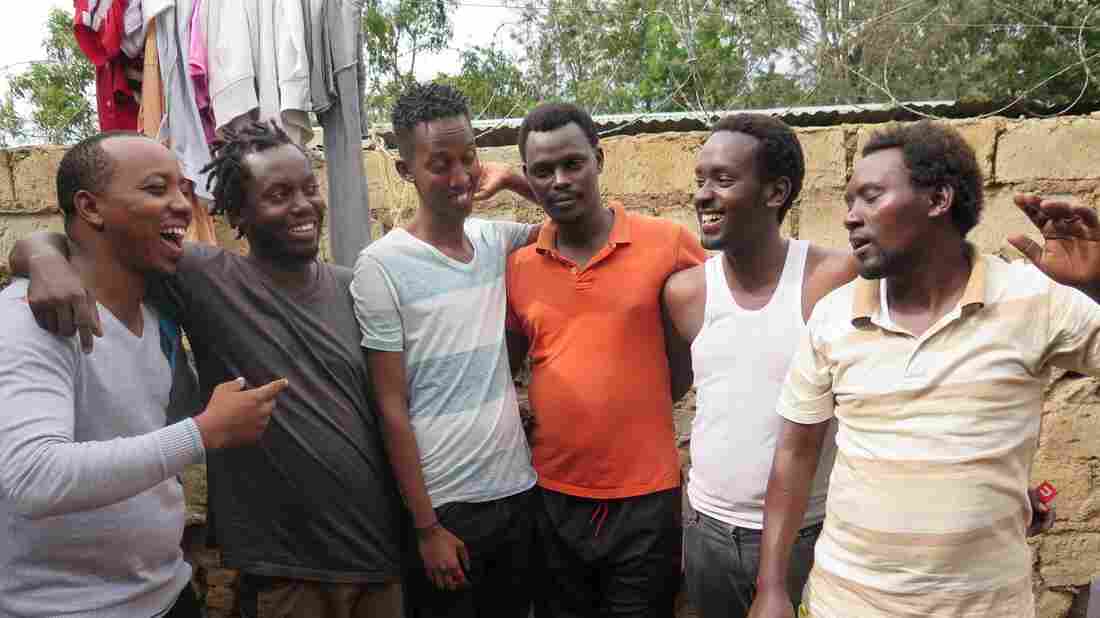 The members of Melodika live in a group house together in Kigali, Rwanda. Percussionist Omer Nzoyisaba is far left, with singer Christian Ninteretse third from the left. Michael May/NPR hide caption 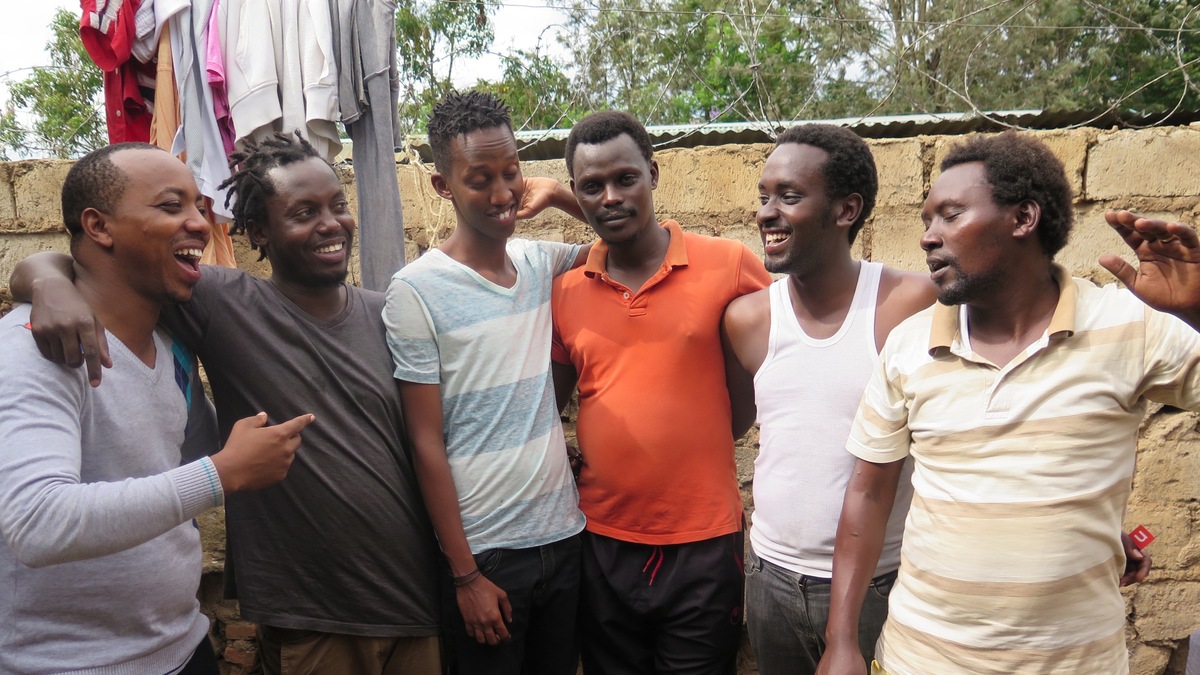 The members of Melodika live in a group house together in Kigali, Rwanda. Percussionist Omer Nzoyisaba is far left, with singer Christian Ninteretse third from the left.

Political violence has engulfed the African nation of Burundi. The U.N. Security Council has passed a resolution to try and prevent potential genocide, while refugees have been pouring into neighboring Rwanda. Among them is a group of musicians who fled their homes without any instruments.

Bertrand Ninteretse is a Burundian video artist and rapper who goes by the name Kaya Free. In April, he videotaped the death of a fellow protester shot by Burundian police. The protests were targeting the president, Pierre Nkurunziza, who'd defied the constitution and seized a third term in office. Since then, Nkurunziza's police and party militias have cracked down on anyone seen as anti-government. In this country of only six million, more than 200,000 have fled. Kaya says he had to flee because he was on a police hit list.

When he reached the Rwandan capital of Kigali, he grabbed his smartphone and started tracking down his friends.

Kaya and his wife found themselves hosting Burundian musicians, each a star in his genre: jazz, reggae, traditional Burundian folk. Only they now had no instruments, no money, no chairs, even. They did have plastic pots and pans, as well as beer bottles. 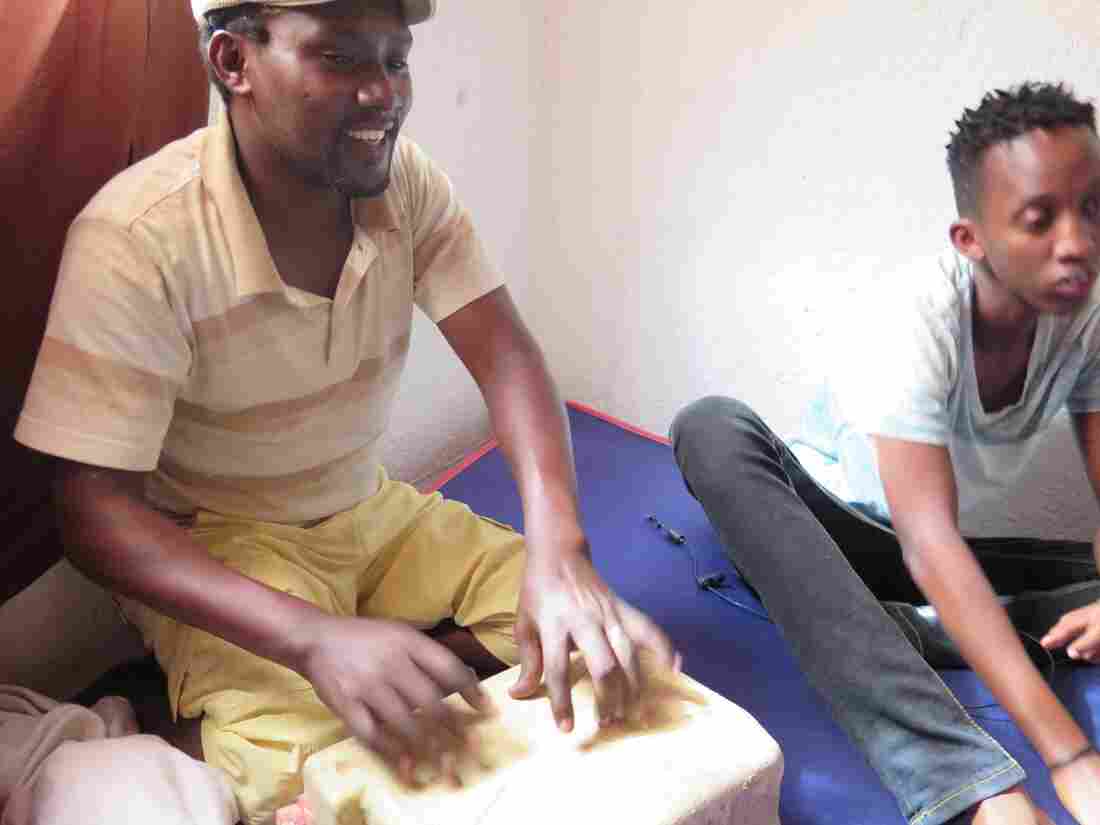 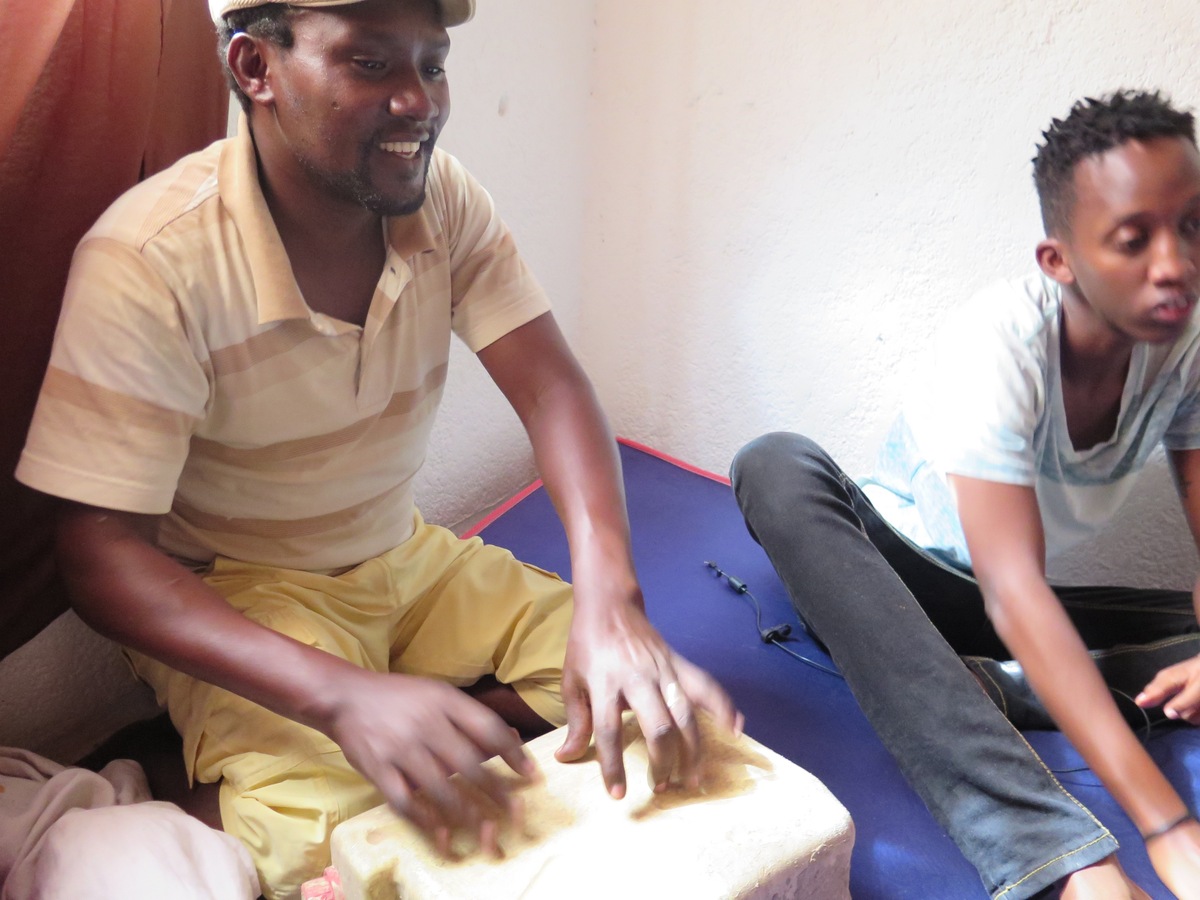 Back in Burundi, these musicians would not have shared the same stage. Now, in this living-room jam, over this traditional rhythm rose the voice of an R&B singer — actually the winner of Prix-Music, which is like the Burundian version of American Idol.

"It was like a dream," Kaya says. "For me, it was amazing. To see jazz people, traditional people, the winner of Prix-Music — they are together to sing songs."

In a different house, still without chairs and instruments, percussionist Omer Nzoyisaba says this new group "was about our voices only." He used to play traditional music at weddings. Next to him is a bassist accustomed to playing in nightclubs and a guitarist who performed in international hotels.

R&B singer Christian Ninteretse says the band, called Melodika, was created so they could eat. But it's become something more.

"You were just friends," Ninteretse tells his bandmates, "but because of the problems, you became family."

Melodika now performs around Rwanda using borrowed guitars and drums. But back home, it's just kitchen supplies and voices. The members refused to talk politics, but they said their message is one of unity. Ethnic unity. Regional unity. That's why their playlist can follow an urban love song with a traditional homesick lament called "Yes, Mama."

They pray, like so many exiles, for a chance to return home. They also hope to continue this journey, and to collect funds to make an album and travel the world with their music.

This is Burundi's new sound, they say, with the confidence of stars. It's just one that took a crisis to create.